Tibetan Buddhism is the main religion of the Tibetan region, with a history of thousands of years. There are four Tibetan Buddhist sects, which have had a profound influence on the daily life, culture, and art of the Tibetan people. When you travel in Tibet, you will see Tibetan religious symbols everywhere you look, such as the prayer wheels in local Tibetan's hands, fluttering prayer flags, and lamas in red robes.

Regardless of whether you are a religious person or not, knowing some of the Tibetan Buddhism history and knowledge will help you better understand what you are seeing and experiencing in Tibet, and to remain respectful of the local Tibetans and avoid offending them.

What is the history of Tibetan Buddhism?

A long time before Indian Buddhism entered Tibet, Bon Religion had been widely spread across the snow-covered plateau and become the most important spiritual beliefs for Tibetan people.

As the great Tubo King Songthen Gampo married Nepalese Princess Bhrikuti and Tang Princess Wencheng in the mid-seventh century, Buddhism was introduced to Tibet from India, Nepal, and Central China. Both Jokhang Temple and Ramoche Temple were built for housing Buddha statues brought by two great princesses. Meanwhile, Songthen Gampo also sent scholars to Indian for learning Buddhism. With the creation of Tibetan scriptures, a large number of Buddhism works were translated into Tibetan. Since then, Buddhism gradually prevailed in Tibet.

During the period of King Trisong Detsen, Mahayana teacher Santiraksita and Tantric master Padmasambhava were invited into Tibet. Santiraksita brought many Buddhist Madhyamaka books and devoted himself to advocating Madhyamaka philosophy. While Padmasambhava focused on Esoteric Buddhism and become the founder of the Nyingma sect of Tibetan Buddhism. Trisong Detsen also had Samkye Monastery built and then Sangha System was set up. Later on, some Indian monks were also hired to translate Buddhism into the Tibetan language. By that time, Tibetan Buddhism had already developed to a considerable scale.

At the beginning of the ninth century, Ral-pa-can acceded to the throne. King Ral-pa-can made the Tibetan language the target language and ordered that all the translated Buddhist scriptures should be collated again and newly translations shall be codified by directory. All the administrative systems were drawn up by law and Buddhist monks ruled the state affairs.

However, the decline of Buddhism appeared as Langdarma succeeded to the throne. King Langdarma believed in Bon Religion and took devastating measures to suppress the development of Buddhism. Translating Buddhist sutras was forbidden, a large volume of Buddhist classics burned, temples destroyed. Many monks had no choice but to flee abroad. This period is also known as “Lang Darma Extincting Buddhism” in Tibet history. So far, the early period of Buddhism came to an end.

The later period of Buddhism started from the end of the tenth century. The revival of Buddhism occurred in western Tibet. As a large number of esoteric classics had been completely translated, Buddhism was gradually divided into two groups, exoteric Buddhism and esoteric Buddhism.

With the arrival of the great Indian teacher Atisa, Tibetan Buddhism reached its peak. The holy monk Atisa knew the most about Buddhism and emphasized celibacy and strict precepts, carrying forward the mahayana teachings. Finally, the Kadampa school of Tibetan Buddhism was founded and contended against the oldest school-Nyingmapa (the red hats). Later, other main schools of Tibetan Buddhism like Kagyupa (the white hats), Sakyapa, Gelugpa (the yellow hats) were also deeply affected.

What are the meanings of Different colors in Tibetan Buddhism?

When you think of Tibet, your first impression may be of the red robes of Tibetan lamas. You may also be familiar with the image of the five-colored prayer flags in the wind under the blue sky, or the majestic red and white Potala Palace.

In fact, in Tibetan Buddhism, several common colors have a certain religious significance, such as red is related to life force and preservation, yellow symbolized rootedness and renunciation, and while is the color of learning and knowledge in Buddhism. It is suggested to learn more about the color symbolism in Tibetan Buddhism so that when you visit the monasteries and palaces in Tibet, you can better understand the meaning behind the beautiful colorful Buddhist ornaments.

How to take a meditation to in Tibet?

It is recommended to take a Tibet meditation trip if you are interested in doing meditation in a local Tibetan monastery or at the holy site, like the side of Yamdrok Lake or Namtso Lake.

What are prayer wheels and how important it is to Tibetan pilgrims? (Tibetan Buddhist prayer wheel)

During your Tibet tours, you can see large prayer wheels in monasteries and temples, as well as small hand-held prayer wheels everywhere. You can see Tibetan pilgrims chanting as they spin the prayer wheels on the street, during the kora, in a local Teahouse, etc.

What are the top monasteries to visit in a Tibet tour?

Tibet's monasteries are one of the main highlights of a trip to Tibet. Not only can you experience the unique religious culture of Tibet, but you can also admire the magnificent view of Tibetan temple architecture combined with the surrounding nature. There are as many as 1700 monasteries and temples in Tibet. Below are the top ten must-see temples in Tibet, which you can add to your Tibetan monastery tour according to your preferences and time.

How to be respectful to Tibetan Buddhist culture while visiting Tibet?

Tibet has its own set of customs and taboos due to a long period of lack of communication with the outside world. When visiting Tibet, especially when visiting Tibetan religious sites, you need to be careful about what you say and how you act, and remain respectful.

Some of the most basic precautions include the following.

Except for the itinerary attractions, if you come across any other monastery, you must ask the lama in charge of the monastery for permission to enter.

Do not wear hats, do not smoke, and do not touch the Buddha statues or scriptures inside the monastery halls when visiting the monastery in Tibet.

You can follow the link to learn more about how to be respectful of the Buddhist culture in Tibet.

Most Read Articles about Tibetan Buddhism

Tibetan Buddhism has a long history and a complex system. To truly understand it takes some time to learn. However, for travelers interested in the local religion and culture, the following 4 most-read articles about Tibetan Buddhism offered by our local travel experts will give you a quick understanding of some of the things you will see and experience during your trip to Tibet.

As a local Tibetan travel agency, we are happy to share with you the most authentic and accurate information about Tibetan culture and religions. You can learn more about Tibetan Buddhism through the following articles. 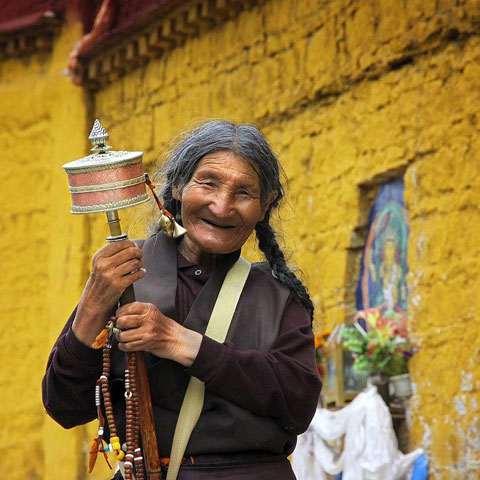 More about the History and Culture of Tibetan Buddhism

Tibetan Buddhism has thousands of years of history and has had a profound influence on the culture and customs of the Tibetan region. Learn more to get a better understanding of Tibetan Buddhist culture and history. 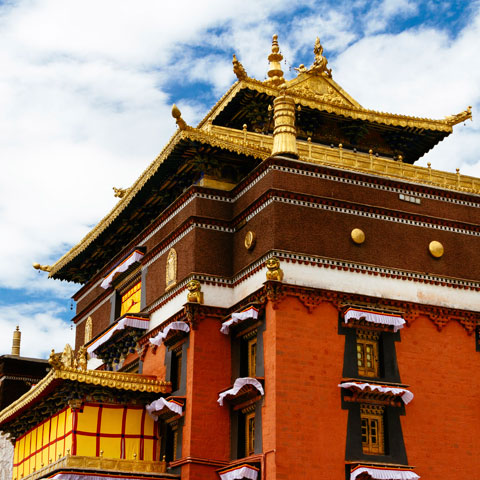 All about the Tops of Tibetan Buddhism

We offer you the tops of Tibetan Buddhism and Tibetan monasteries to help you arrange more and better religious experiences for your Tibet tours. Please read on. 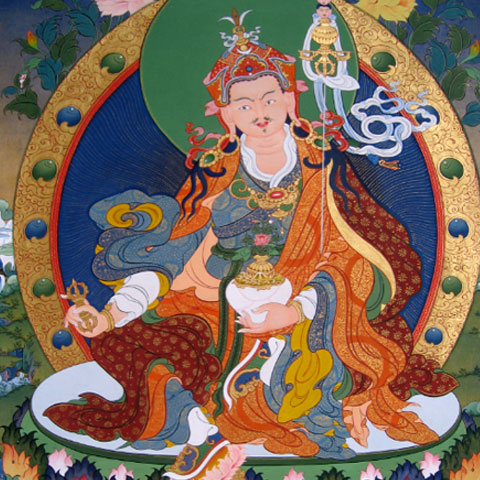 One of the best ways to experience Tibetan Buddhist culture is through Buddhist artifacts and Buddhist architecture. Just take a look. 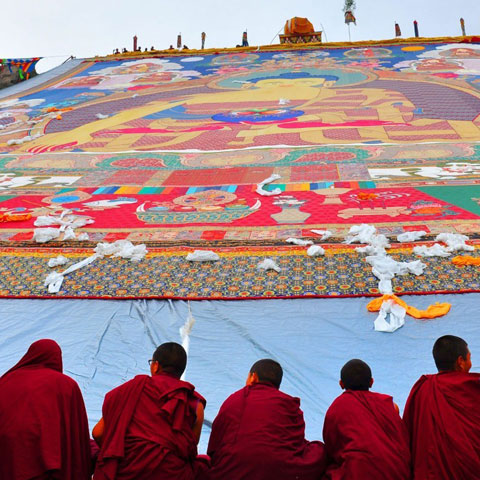 Almost all of the local festivals in Tibet are related to religion. The richness and uniqueness of the celebrations also attract tourists from all over the world to experience Tibetan Buddhist culture. Here are some of the famous Tibetan festivals you can attend on a Tibet tour.