If you’re visiting Tibet for the first time, there’s something important you should know. That is, religion is a huge part of the culture. Okay, so maybe you already knew that, but did you know how big a role it plays? Unlike the Western world that’s become predominantly secular over time, the Eastern world has continued to place high value on spirituality. It comes in the form of various religious traditions, like Taoism and Hinduism, but perhaps the most significant is Buddhism, specifically Tibetan Buddhism. So, in order to prepare you for the best possible trip, we’re giving you all you need to know about this religious faith that the locals are so loyal to.

How it all began 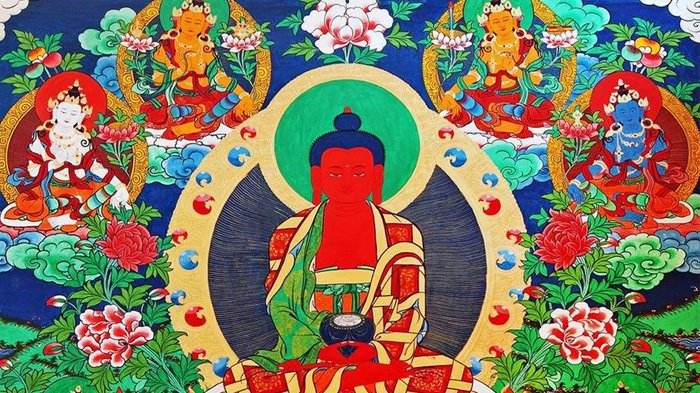 You’re probably not quite clear on what these are, right? Mahayana Buddhism is one of the two dominant forms of Buddhism. In other words, if you were to categorize the faith into two main sectors, you’d be left dealing with the branches of Mahayana and Theravada. So, what’s the difference between them? While both place an emphasis on attaining Nirvana—also known as the Buddhist version of Heaven, the paths each branch suggests for reaching this paradisal afterlife differ in their priorities and their contitution.

Mahayana followers, for instance, focus on achieving “bodhisattva status.” Essentially, this means they strive to become enlightened. For them, freedom, happiness, and, really, utter bliss is found only by achieving this Buddhahood. Whereas for the Theravada followers, their mission in life is to achieve Pacceka Buddha. This is another form of enlightenment that you only achieve through hard work and refraining from boasting about said work; this is why Theravada followers often refer to their ultimate goal in this life as becoming the “Silent Buddha.” 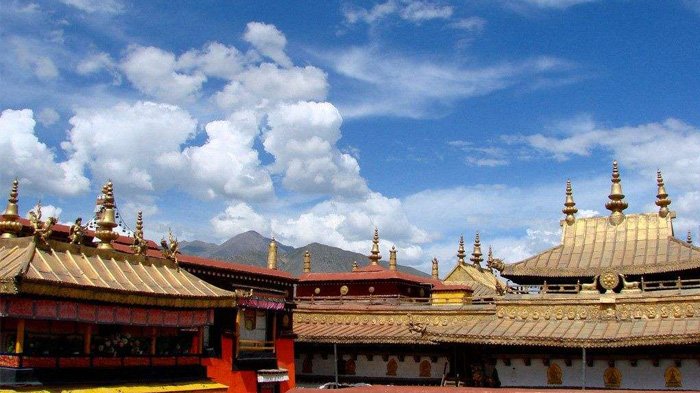 Moving on, the Bon faith is an ancient Tibetan one that existed long before Buddhism. It was largely inoculated when Buddhism, the favoured faith, came about, which was promoted by the heads of the nation. However, some followers do remain today, devoting themselves purely to the Bon faith; they are just far and few between, compared to these ancient days anyway.

In any case, the Bon faith affected Tibetan Buddhism because it lent it characteristics to build its foundation on. Some of these include shamanistic practices, like watching out for demons—conducting exorcisms when they invade bodies and even choosing when would be best to travel based on when these evil spirits are least likely to sorely affect them.

To get into the depths of Tibetan Buddhism a little further, we’ll need to understand its four major branches, or “sects”—all of which come with their own histories, festivals, celebrated masters, monasteries and general attractions that can’t be overlooked! So, ready to gain some serious knowledge? Read on.

The newest branch of Tibetan Buddhism is the Gelug(pa) sect, also referred to as the Way of Virtue. It was brought to fruition in the late fourteenth century by Je Tsongkhapa, a leader who’s many followers —called “Gandenbas”—believe had direct contact with the buddha Manjusri. 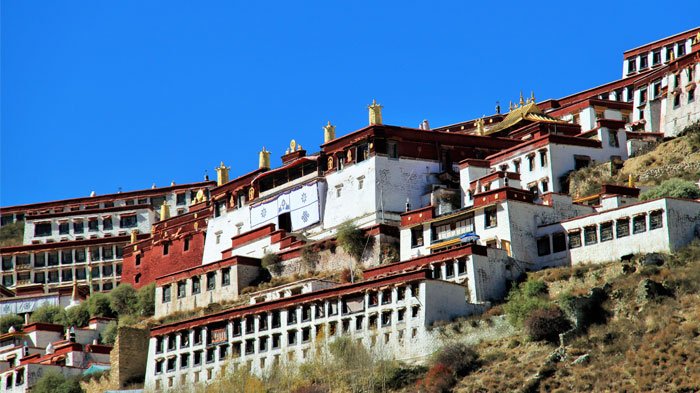 It was originally a reformist movement based on the Kadampa tradition, which valued Dharma practice highly. This explains the sect’s emphasis on not only spiritual practices like tantra, but on scholasticism too—particularly the subjects of logic and debate. It has long been a theory-based religion.

Of note are its two leaders who serve to guide practitioners in both the scholastic and spiritual realms: the heavenly Ganden Tripa, and the secular Dalai Lama. The fifth dalai lama, who ruled in the 1600s, was especially revered for his ability to unite Tibet. It is, in fact, because of a painting that depicts him in a yellow hat that this branch of Tibetan Buddhism is sometimes referred to as the “Yellow Hat Sect.”

Emerging in the early eleventh century, this branch that is also known as Grey Earth was founded by a scholar named Drogmi. As for its leader? Well, that’s a role deserving of none other than Sakya Trizin. The position has traditionally been passed down from generation to generation, so that it always stays in the Khön family. 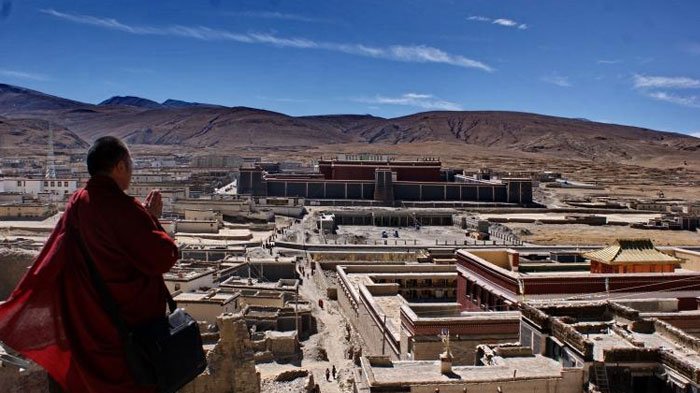 The golden days of this sect lie in the thirteenth century, when it really dominated Tibet. These were the days in which the notable scholar Sakya Pandita lived. His prolific texts on sutra and tantra inevitably aided in the faith establishing the great power it held at this time. As for today? Both tantric practices and scholastic lessons are still valued. Plus, two notable sub-schools have developed; these are Ngor and Tshar.

This branch, also titled Oral Lineage, was founded in the twelfth century by a figure named Marpa. Marpa was a revered translator born in the eleventh century that gained notoriety after visiting India several times, and bringing back sanskrit texts which he would then translate. After passing away, his work was carried on by his most devoted trainee Milarepa; she became a significant figure of this tradition when she became linked to sorcery. 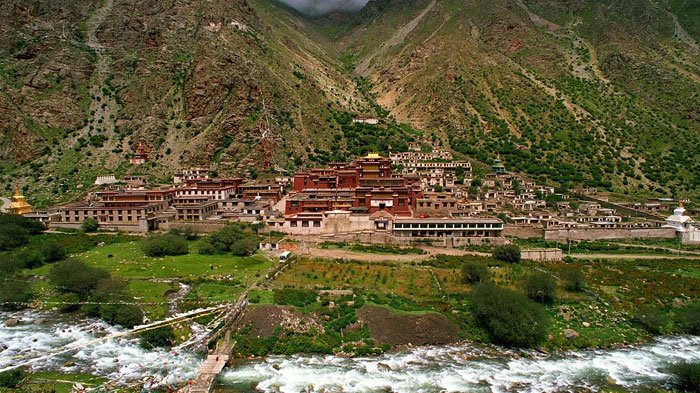 Curious as to what differentiates it? Kagyu is distinguished for the great importance it places on the Tibetan Book of the Dead. Under the influence of these scriptures, Kagyu has come to focus especially on hatha yoga, experimental meditation—particularly in dens—and appraisal of the guru.

Finally, you should know that this sect has “sub-branches,” with Dagpo and Shangpa being the biggest, most important ones. The reason there are so many variations of the faith stems out of the solitary nature of this practice—students are encouraged to take the practice, meditate on it, and ultimately make it their own.

Also known as The Ancient Ones, this branch was founded in the eighth century, making it the oldest of all the Tibetan Buddhist sects. It was founded by the guru Padmasambhava, who is known for taking part in the building of the very first monastery. Some also credit the founding to the king who ruled in the mid 600s, Songster Gampo. What sets this practice apart is the emphasis it places on the Dzogchen, a philosophy that highly values tantric practices as a means to attain Nirvana. Other key characteristics of this sect include its proclivity to elevating certain individuals to the status of godly figures, and the permission it grants to its monks to engage in sexual acts. 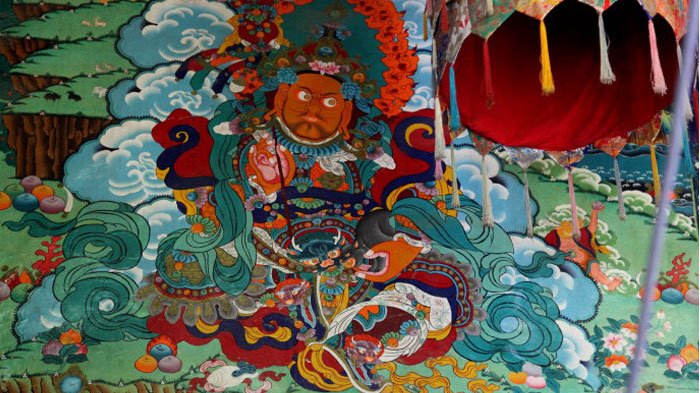 As you can see, the basic difference between each of these sects is how much of an emphasis they place and the study of scripture versus the practical application of Shamanistic rituals. What’s interesting to note is that what defines each sect, and sets it apart from the others, does not cause friction, as one may think. There is not a great debate over which sect is the “better” sect. Instead, they appear to exist alongside one another, perfectly at ease with their differences, accepting even. This peaceful approach speaks to the very nature of the faith. Tibetan Buddhism is a proponent of a zen state. This is literally how they define Nirvana. So, if you take nothing else from this piece, at least try to adopt this state of mind and partake in making this world a more enjoyable place.

What sect of Tibetan Buddhism do you most resonate with?