Having been practiced for thousands of years, traditional Tibetan medicine (TTM) have thoroughly incorporated the essence of traditional Chinese medicine (TCM), ancient Indian medication and classic Arabic medicament and formed its own medical system. Two thousand years ago, Tibetan people have already accumulated some pharmacological knowledge and been aware of the medical functions of plants, animals and minerals while hunting for food on the Qinghai-Tibet Plateau. Using ghee to stop bleeding is a good case in point. 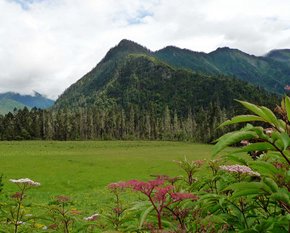 In the 8th century, Yutok Yonten Gonpo, the founder of Tibetan medicine, had learned a lot from Chinese, Arabic and Indian medicine. Integrating his own experience with those traditional medical sciences, he compiled a Tibetan medicine masterpiece, that is, The Four Medical Tantras. You may not be able to imagine but it did happen. Tibetans had unveiled the mysteries of human embryology as early as the 8th century and made significant achievements in human physiology, pathology, anatomy and pharmacology, etc. Tibetan medicine is a kind of medical humanities which fuses ancient philosophy, astronomy, biology, physics and chemistry altogether and closely connects with Tibetan Buddhism. It’s truly reflected then history and cultural background in the field of medicine.

Tibetan medicine has a long history as well as complete theoretical system and abundant clinical practices. The herbs utilized in Tibetan medicine are collected from high altitudes, of which effective composition and biological activity are much higher than similar drugs. Without being polluted, Tibetan herbs are immune to drug-induced diseases. It caters to people’s pursuit of health and natural medicine. There are more than 2,000 kinds of plants, 159 species of animals and 80 sorts of minerals in Tibet available for pharmaceutical production, making Tibetan medicine superior to any other ethnic medicines in the world.

It's believed that all the herbs consist of five elements, namely, soil, water, fire, wind and space. Soil is the fundament for herbs grow; water is the moisture herbs need; fire offers heat; wind is the power for movement; and space provides necessary room for herbs’ development. The six flavors of drugs (sweet, sour, bitter, pungent, salty and acerbic ) also come from the different combination of five elements. 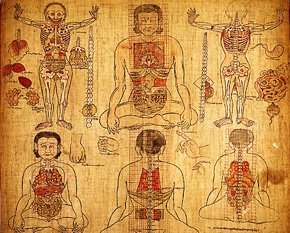 According to Tibetan medicine theory, human body is composed of three humors (RLung, MKhris-pa, Bad-kan), seven substances (diet, flesh, blood, fat, bone, bone marrow and seminal fluid) and three excrements (sweat, urine and stool). Three factors dominate the operation and changes of seven substances and three excrements. Rlung is responsible for movement of the body and food transportation; Mkhris-pa is for mediation of body temperature and food digestion; and Bad-kan is for personality, sleep and liquid delivery. The reason why people fall sick lies on the influence of environment, climate and diet as well as the unbalance among three factors. Diagnostic methods of Tibetan medicine refer to observation, listening, interrogation, and pulse-taking and stress the changes in coated tongue and urine for the first time in the morning. The diseases are classified into two groups: heat symptoms and cold symptoms. Tibetan medicine treatments include but not limited to: acupuncture, moxibustion, bleeding, cupping and Tibetan medicated bath, etc. And over 1,400 common medications are also available for people to take, a large part of which are the specialties on the Qinghai-Tibet Plateau. Read more details at Does Tibet hold the secret of the art of healing? 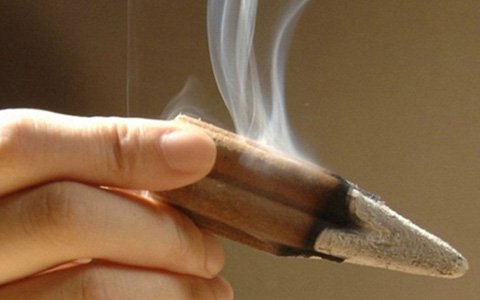 Does Tibet Hold the Secret of the Art of Healing?

In Tibet, the path to wellbeing is paved by the Buddha. According to the spiritual leader’s traditional teachings, health has three key dimensions: mind, body and spirit. To be one’s most vibrant self, each of these vital components that make up who we are must be kept in perfect balance. 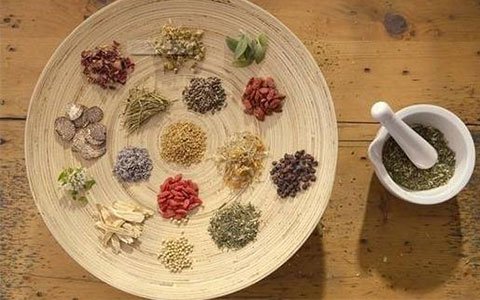 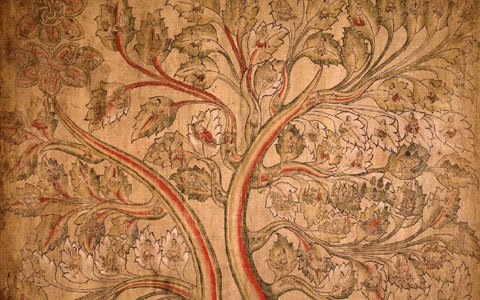 This page is mainly about the Principles of Tibetan Medicine, such as “Where there is poison, there is medicine”. 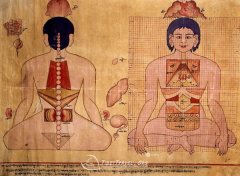 Mentsikhang or Tibetan Traditional Hospital is a famous hospital in Tibet and has a history that can be traced back to 1916.