Train to Tibet – The Most Popular Way to Get to Tibet 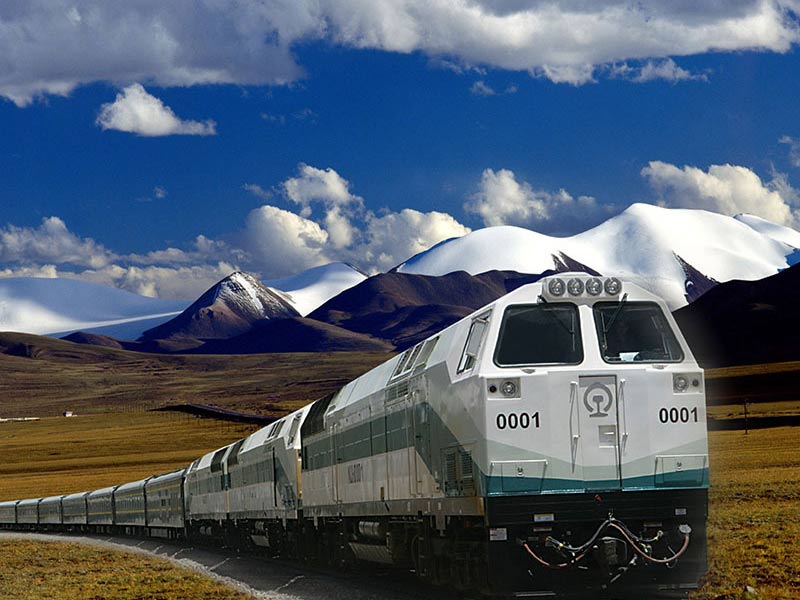 Tibetan train, running along Qinghai-Tibet Railway, was developed by our Chinese independently. It looks similar to other trains with semi-circular roof but the capacity is much lower and the carriage is more capacious. Forty-four passengers can enjoy meals at the same time in the dining car. Beside traditional breakfast, it also offers fast food, Chinese dishes and Tibetan cuisine, etc.

One of the most striking characteristics of Tibetan train lies in its normal operation under the alpine hypoxia circumstance. The vehicle is equipped with oxygen supply system and the concentration of oxygen in the air always keeps on the human body comfort level. It’s really helpful for travelers to overcome altitude sickness. The train also has a medical emergency room in case of critical situations. For passengers’ convenience, most of the text are translate into Mandarin, Tibetan and English. And smoking is forbidden for the whole journey.

Starting from Xining city, Qinghai-Tibet Railway passes through Golmud, mount Kunlun, Tuotuo River, climbs over Tanggual mountain pass, enters Amdo, Nagqu and finally stretches to Lhasa. With a total distance of 1,956km, Tibet railway, connecting Lhasa with outside world, is regarded as one of the most important way to get to Tibet. 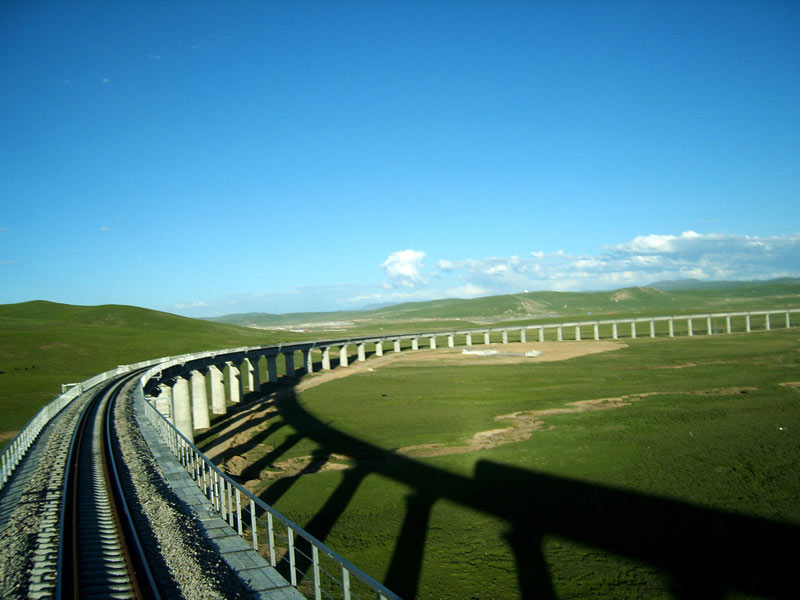 At present, you can take direct trains to Tibet from Beijing, Shanghai, Guangzhou, Chongqing, Chengdu, Xining and Lanzhou. Many trains to Lhasa would pass through Lanzhou, Xining and Golmud. But only trains from Guangzhou and Shanghai would stop over at Xi’an Railway Station.

Base Camp for Tibet : Golmud

Reputed as the base camp of Tibet tour, Golmud sits at central south Qaidam basin and covers an area of 120,000 square kilometers. It’s home to more than twenty ethnic groups, including Tibetan, Hui people, Mongols, etc. It just takes you 12 hours to get to Lhasa from Golmud. And here you can see salt lakes, Poplars forest, Kunlun Spring. But, facilities and hotels are not so good. 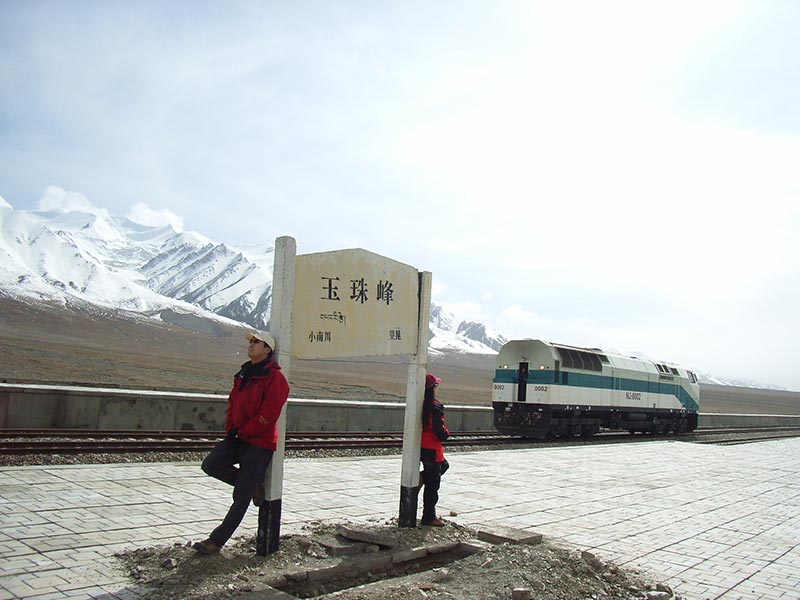 There are nine famous sightseeing platforms along the track, namely, Yuzhu Peak, Chumaer River, Tuotuo River, Buqiangge, Tanggula, Cuona Lake, Nagqu, Damxung and Yangbajing. Those locations are carefully selected for the most splendid scenery. Yuzhu Peak Stop is a good case in point. Just standing on the platform, you can get a sweeping view of majestic Kunlun mountain and vast Hohxil Natural Reserve.

The Most Exciting Section : Golmud to Lhasa 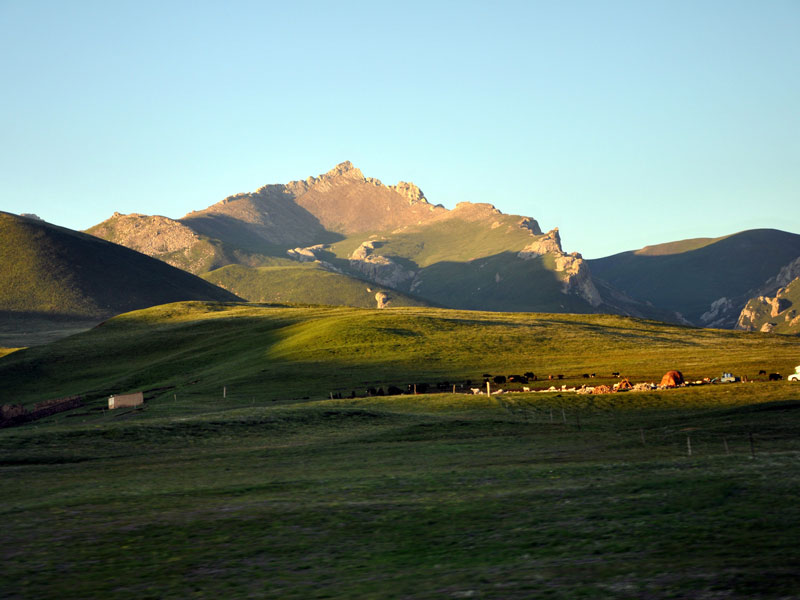 The most characteristic scenery falls on Golmud to Lhasa section, ranging from mt.Kunlun, Tuotuo River, Namtso Lake to Qiangtang Grassland, Tibetan nomads and flocks of Tibetan antelope. Meanwhile, the altitude rises. Heading 50km southwards mt.Kunlun, the train has taken you to the place of 3,500 meters high. Another 50 km later, you’ll reach the elevation of more than 4,000 meters. Whether the scenery outside the window or your body reaction to the altitude will give out a strong plateau signal that you are riding on the roof of the world now!

The Top Option to Lhasa : Xining 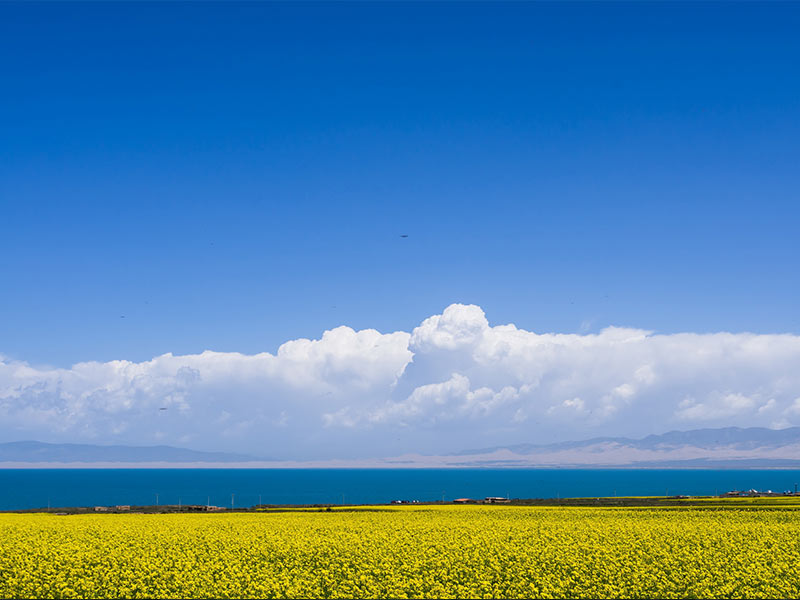 Compared with Golmud, Xining offers you much more convenient transportation, well-known attractions and better accommodations, making it as the first stop for tourists to Tibet. The duration from Xining is 830km longer than Golmud and you can catch the time to acclimate to high altitude. Beside, it’s highly recommended to spend one or two days visiting some natural and cultural scenic spots, like Qinghai Lake, Kumbum Monastery and so on. The breathtaking Qinghai Lake would never let you down.

The Second Choice for Lhasa : Lanzhou 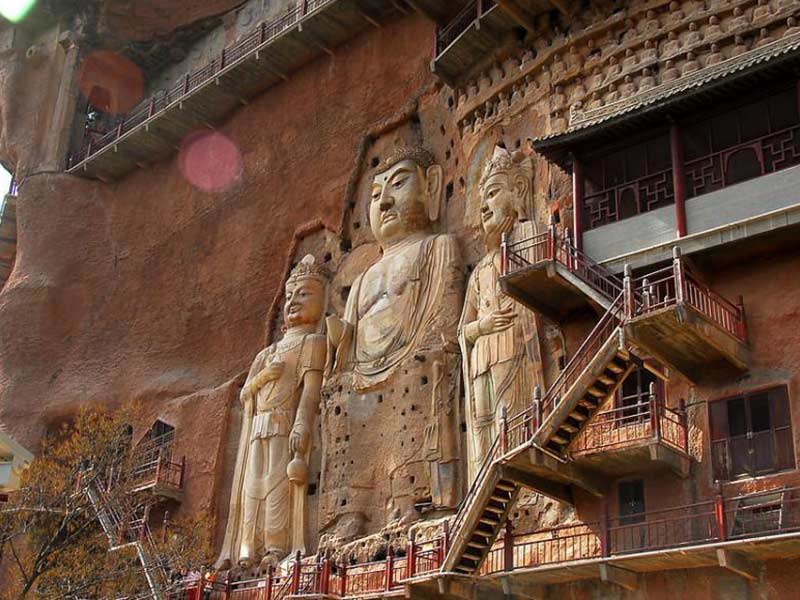 As one of the six starting stations along Qinghai-Tibet railway, Lanzhou is just 216km far away from Xining. If ticket were tight, Lhanzhou is the best alternative for your Tibet train tour. Lanzhou is a mature tourism city. Either tourist facilities or the traffic are pretty good. And there are many attractions for you to choose, such as Tulugou, Gada Monastery, Xinglong mountain, Shifogou, Qinglongshan, etc. If time allows, you can consider to pay a visit to Tianshui for Maijishan Cave-Temple Complex.

Please note that it doesn’t mean you shouldn’t get on Tibet trains from other major cities. And different city has different chams. When and where to board the sky train totally depend on your preference and travel plan. See more about Tibet Train Schedule and Fare

Lhasa to Kathmandu Overland Tour – The Most Comprehensive Guide