Tibetan Antelope or chiru is one of the well-kept secrets of Tibetan Plateau. This mid-sized antelope lives in semi-desert like mountain ranges of Tibetan Plateau, well over 4,000 meters. They are holy unicorns of the roof of the planet Earth and virtually exclusive to the Tibetan Plateau. Like other 20 species which are under Chinese state protection (including the wild yak, wild donkey, white-lip deer, brown bear) they are jewels of this magical land. These animals produce the finest fur in the animal kingdom which is more expensive then gold. They are endangered due to the heavy poaching for their very expensive fur but thanks to conservation efforts, they are now quite numerous in the highlands of Tibet. 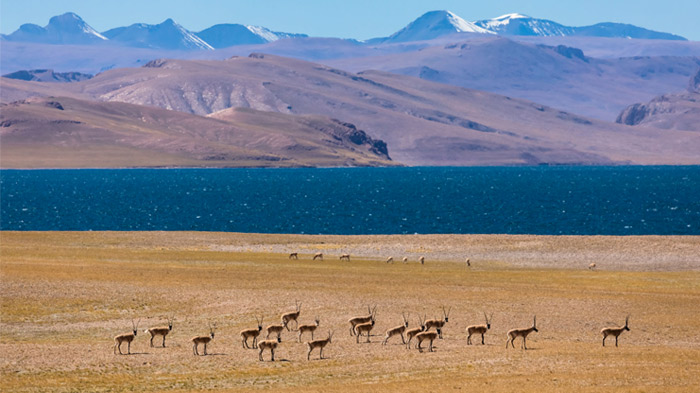 Tibetan Antelope are holy unicorns of the roof of the planet Earth and virtually exclusive to the Tibetan Plateau.

According to the DNA analysis, Tibetan Antelope is most closely related to the wild goats and sheep of the subfamily Caprinae. Although members of this family are sometimes called goat-antelope, they are not true antelopes (which belong to family Bovidae). The members of this family, like Tibetan antelope, diversified greatly in ice age and adapted to marginal, often extreme, environments: mountains, deserts, and the subarctic region. 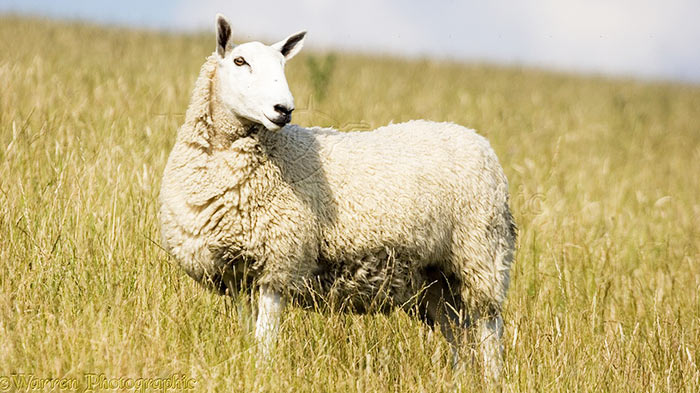 Sheep specialized in foothills and nearby plains.

Ancestors of Tibetan antelopes, like many mountain goats, moved into mountainous regions: sheep specialized in foothills and nearby plains and relying on flight and flocking for defence against predators whereas goats adapting to very steep terrain where predators are at a disadvantage. 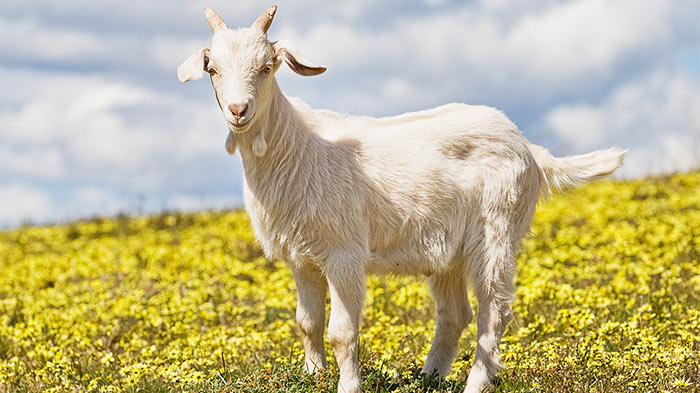 Tibetan antelope is a medium sized antelope with a shoulder height of about 83 cm (33 in) in males, and 74 cm (29 in) in females. Their fur is pale fawn to reddish-brown, with a whitish belly, and is particularly thick and woolly. The face of a chiru is black in colour.

One of the most distinctive feature of Tibetan antelopes is their long, slender, ridged black horns that that curve slightly backwards and typically measures 54 to 60 cm in length. Male Tibetan antelopes use them to defend their harems against rivals during the rut. A male antelope can have 15 females in his harem although one to four is more common. 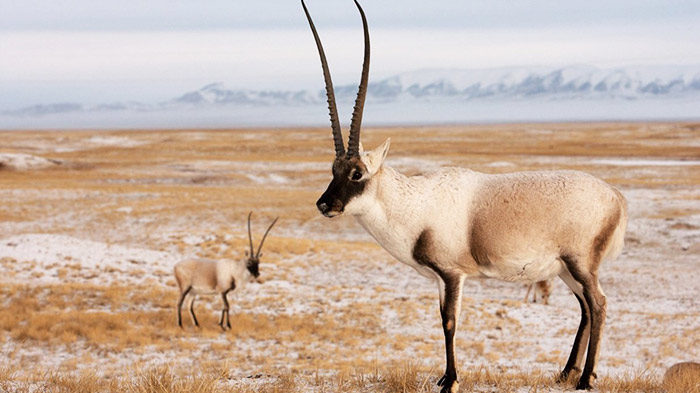 Tibetan antelope fur is pale fawn to reddish-brown, with a whitish belly, and is particularly thick and woolly.

They feed on forbs, grasses, and sedges. Wolves, lynx, and snow leopards prey on them as well as humans. From November to December, they mate and the social structure is built on single male and multiple female harems. Unlike other antelopes, Tibetan antelopes courting and mating is brief. Their lifespan is not very well known but is estimated to be around 10 years.

Tibetan antelopes favour alpine steppes and similar semi-arid habitats. They prefer flat, open terrain, with sparse vegetation cover. They can thrive in the harshest of conditions where temperatures can plummet to -40°C! The natural habitat of these creatures is Tibetan plateau’s open alpine and cold steppe environments between 3,250 and 5,500 m (10,660 and 18,040 ft) elevation. Today, the majority are found within the Chang Tang Nature Reserve of northern Tibet, the second largest nature reserve in the world. 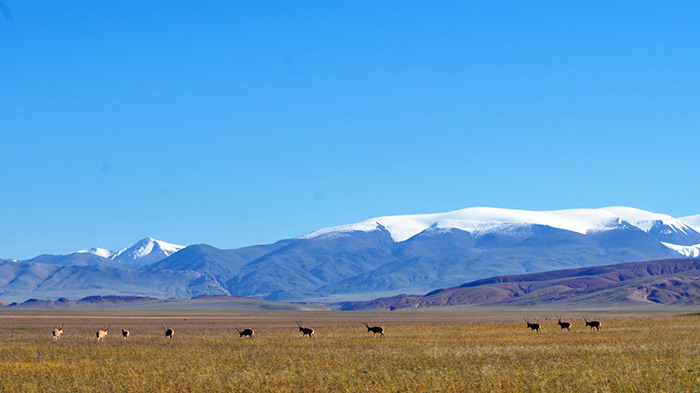 Like many alpine antelopes, Tibetan antelopes also migrate between summer and winter pastures. Most young (10 – 11 months old) male antelopes separate from their mothers in late April and May to join their juvenile male peers or adult males. Most males travel towards north from their winter grounds to a summer range. Some male Tibetan antelope travel far in the summer. Males return to their traditional winter grounds in autumn, for the mating. 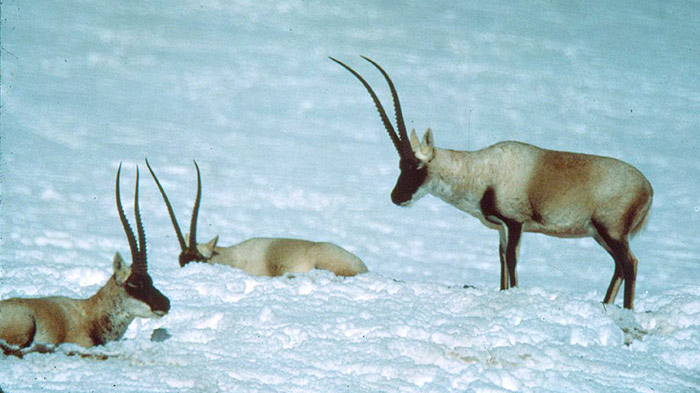 Male Tibetan antelopes return to their traditional winter grounds in autumn, for the mating.

Female antelopes migrate 300 km yearly to calving grounds in the summer. They usually give birth to a single calf between the second half of June and early July. In late autumn, they return to wintering grounds to join the males.

The best season to witness Tibetan antelopes is winter, when the large migratory populations come to southern areas for mating. They usually mate in months of November and December. In summer, females tend to migrate to north and you can see them and their young calves best between July and late November in these areas. 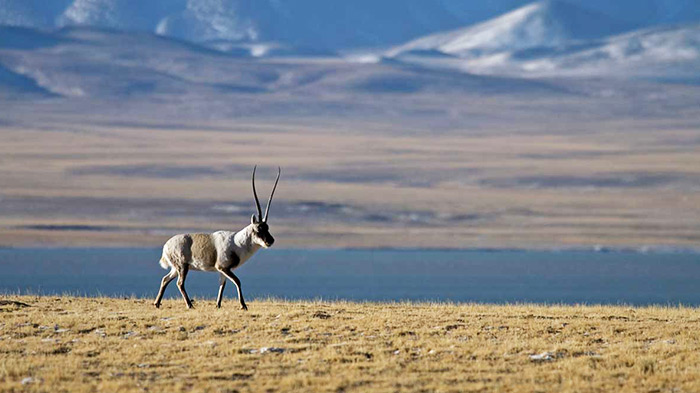 Ngari Prefecture is another area where tourists can see Tibetan antelopes. This area is towards the west of Nagqu Prefecture where Chang Tang Nature Reserve is.

If you want to take good photos of Tibetan antelopes and wild life in general, you should know that you will usually need to wear gloves during your visit. So you will need a camera which can be operated easily with gloves on. A Digital-SLR with interchangeable lenses are both easy to operate with gloves and have large sensors. Image quality is paramount so these cameras are good because they can capture RAW files for maximum quality output. You will also be shooting photos of a usually moving creature or from a moving platform (like Tibet train) so bring a camera with stabilizer. 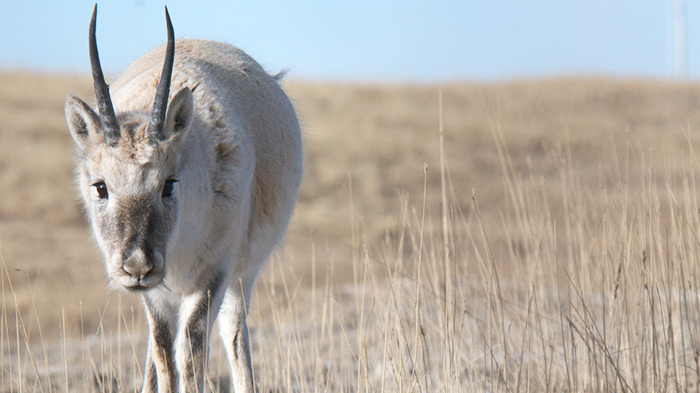 The Tibetan Antelope in the Photographer's Lens

You are going to a very cold, remote environment so you need to carefully think about how many camera batteries to bring with. Most high-end cameras cannot run on standard AA batteries so you will need to take their batteries with you. All batteries have an optimum operating temperature. A typical camera battery operates and charges best at approximately 21 Celsius. In winter and nights, the temperature in mountainous Tibetan steps will be easily below freezing degrees. Recharging Li-ion batteries (used by most high-end cameras) at below freezing temperatures may even damage the battery. On the contrary, these batteries are optimally stored in cold environment.

Protection vs poaching of the endangered Tibetan antelopes in Tibet

Tibetan antelope live in one of the most inhospitable places on the planet. The frigid alpine environment of the semi-desert Tibetan Plateau’s high mountain steppes forced this species to evolve one of the finest and most expensive wool in the world, shahtoosh (which is Persian for “the king of wool”). The poachers call this soft underfur “soft gold”. The fur is used to make luxurious shawls also known as shahtoosh with a price tag of $4,000 to $40,000. To make one of this luxury shawls, 3 to 4 Tibetan antelopes die. 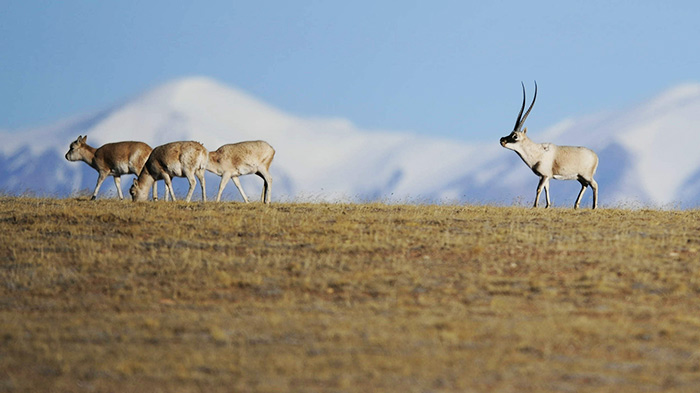 Early Western travellers reported large herds of 15,000 antelopes but today the most common large size herds are maximum 1000 individuals. The demand for this luxury cloth has forced the population of Tibetan antelope from almost one million at the beginning of 20th century to just 70,000 one hundred years later. Since 2000, Chinese government runs serious protection programmes that makes all Tibetan antelope fur trade illegal. The species remains legally protected under the Convention on International Trade in Endangered Species.

Although it is not an easy task to protect the Tibetan antelopes (the primary habitat of the species named Changtang Nature Reserve is 334,000 square kilometers), the protection measures recovered the population to 200,000 in Tibetan Plateau today. Today, poaching is rare but still occurs.Tibetan antelopes outside China are not as lucky though. The poaching is quite rampant in India and Pakistan. 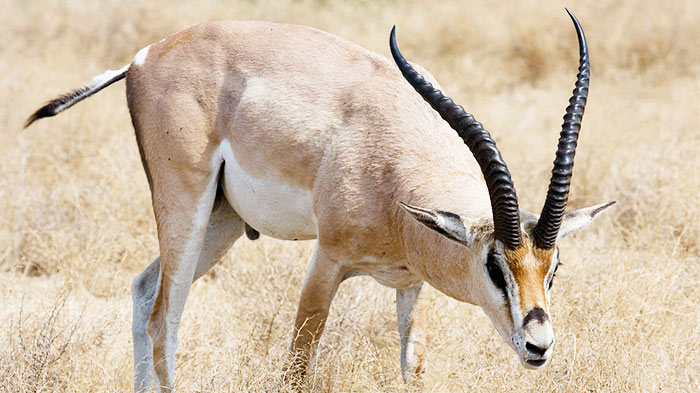 Tibetan antelope is one of the most special animal in this wildlife.

Tibet plateau offers one of the harshest but most beautiful environment on the planet. Dotted with snow caped mountains, incredibly beautiful lakes and steps; the wildlife of the plateau is equally breath taking. Uniquely Tibetan, Tibetan antelope is one of the most special animal in this wildlife. This holy unicorn of the plateau is a must witness in your Tibet tour. Watch out for them running in herds from your Tibet train or during your tours in rural Tibet. Keep your camera ready to take a breath-taking photo of this creatures on the open wilderness of Tibet.

0 Comment ON "Tibetan Antelopes: The Holy Unicorn of Tibetan Plateau"