Linka Festival, also known as “Zanlinjisang”, is a traditional Tibetan festival in May 15 according to Tibetan calendar. It comes from Tibetan people’s deep attachment to the lush trees, bright flowers and gurgling streams. This festival which once only belonged to the old Tibetan nobility is a common leisure holiday now. During Linka festival, people, usually with family members and friends, dress up and go out to the suburbs. In Linka, Tibetan people put up tents or circle colorful cloth in a round, and then they place highland barley wine, butter tea and other delicious foods on the ground in order to enjoy the beautiful nature while they are eating, drinking, singing and dancing.

We can’t figure out how long the history of “Strolling Linka” is, but at least we can be sure that it was gradually formed from the production activities of the Tibetan Nationality. “Strolling Linka”, which has a characteristic of highland nomadic nationalities, is a way for people to get close to the nature. According to the history of Tubo, Tibetan Songtsan Gambo used to spend the summer with his princesses in Zedang Summer Palace Linka. During that time, the administrators of Changzhu Temple organized many dance performance for Songtsan Gambo and many sorcerers went to the temple to entertain the Tibetan King and his princesses. The wall painting “Celebrations” in Jokhang Temple vividly demonstrated the scene that Songtsan Gambo held a music and dance entertainment in front of the Potala Palace, which can be said to be the true representation of the early Linka Festival. If you want to have an experience of “Strolling Linka” in Lhasa, Luobu Linka is a great choice for you. “Luobu Linka” means the “treasure garden”. It was a temporary imperial palace for Dalai Lama. When it was in hot summer, Dalai Lama would move to the palace with his attendants to handle government affairs. Some religious activities would be held in the palace during the summer. Luobu Linka, which used to be the exclusive royal garden for noble families, has become a good place for common people to enjoy Linka.

It is the most enjoyable thing for people to watch Tibetan Opera in Luobu Linka. The main performances of Tibetan Opera are “Prince of Nuosang”, “Langsa  Wenbo”, “Chimei Gundeng”, “Princess Wencheng”“Dun Brothers, “” Zhuowuo Sangmu, “” Suoji Nima” and “Baima Wenba”. Besides Tibetan Opera, there are also a variety of traditional activities held in Luobu Linka, including athletics, horse racing, wrestling, playing Kelang Ball, playing poker, dicing and so on. In addition, there are also discos and modern art performances held in Luobu Linka. No matter it is the Luobu Linka in the outskirts of Lhasa, or the grand garden party near the Nianchu River of Shigatse, or the “suburban banquet” in the primeval forest of industrial areas, visiting Linka has become one of the folk activities for gathering, celebration and entertainment in Tibet. 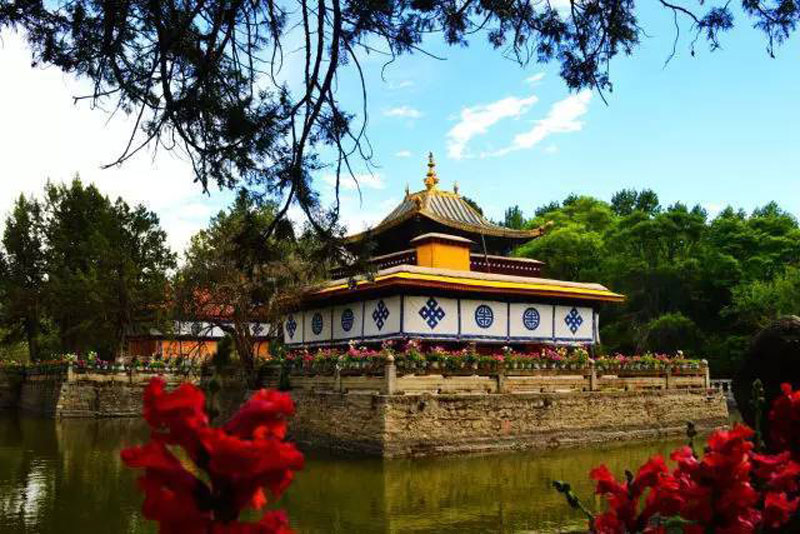 Visiting Linka is the embodiment of eco-tour. Lhasa is being built as a national ecological garden city. A Linka in Lhasa is a small ecological park. In summer, the wind is mild; the sun is bright; the air is fresh; the trees are lush and the flowers are in bloom. Tibetan people usually go to a Linka to enjoy the beautiful nature. They talk to each other with joy and laughter. They drink highland barley wine and butter tea there. They dance to the folk music. They lie on the green grass to enjoy the sunshine. They sit under the tree to take a break. They enjoy themselves until sunset. What a comfortable and enjoyable experience for them. In Shigatse, Linka Festival is on June 1of solar calendar. In Linka Festival, the urban residents, the farmers and the herdsmen will go to join the large-scale garden activities in Gongjue Linka near the Nianchu River. It is said that the Linka Festival of Shigatse originated from Padmasambhava. Padmasambhava used to do missionary work from India to Tibet and he practiced in a cave in the suburb of Shigatse for a year. Later, in order to commemorate Padmasambhava, the men would ride a donkey to Gabojie Cave in the outskirt to pilgrimage to the Buddha in a spring day; the women would take some food and gather in the suburbs to meet their loved ones who return back from the Gabojie Cave. Then, they would go to enjoy their day in Jiquan Linka. These were the original activities held in Linka Festival. Afterward, some other activities, such as horse racing, donkey racing and archery contests, are also held in Linka Festival. Eastern Tibet is abundant in original forests. Linka in Nyingchi, Chamdo and other places of eastern Tibet is actually a natural park. In summer, people in east Tibet will take tents and sufficient food to the primeval forest and spend several days in the forest in order to avoid summer heat.

In real life, Tibetan people do not need to enjoy their Linka Festival in a formal park. They can also enjoy Linka in a place where there are dense woods and green lawns. Even if there are no trees, people can pitch a tent to provide shade for themselves. They can still have a happy day there. The open-minded and optimistic Tibetan people can always find happiness in a simple life.

There are some new contents and new forms for Tibetan people to enjoy Linka in the new era. “Visiting Linka” has become an indispensable part for Tibetans’ leisure life. 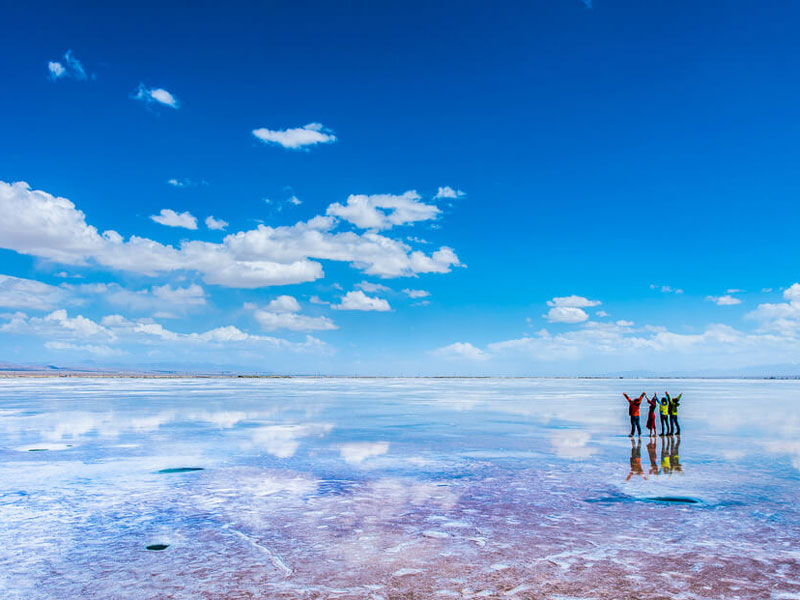 Chaka Salt Lake, Fairyland in Qinghai, has Reopened to the Public→

How to Get to Kathmandu from Giyrong Port