Top Seven Things You Shall Not Miss in Ngari Tour

Ngari, west of Tibet, is vast but not barren. Here the sky is high, everything is full of vitality. Here the mountains are high, all things are sending out the primitive charm. I can’t help wondering, what magic does Ngari have and always let people cannot forget? Most directly, Ngari has seven things so impressive that make you don’t dare to forget.

1. The Oldest Kingdom: the Guge Kingdom 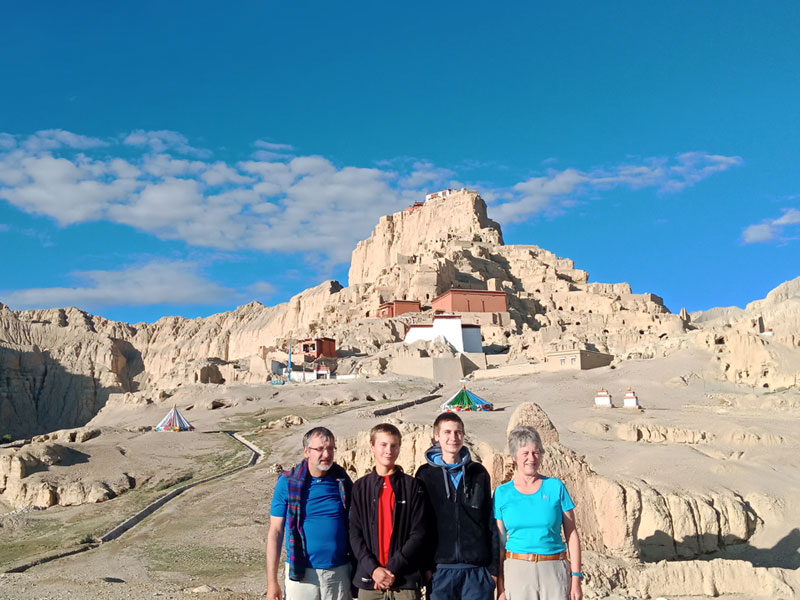 The Guge Ancient Kingdom is said to be the highest ancient kingdom located in western Tibet, Ngari.

Tibet’s oldest history and culture were nurtured in the land of Ngari. The Guge Kingdom is a distant site closest to the sky. For more than 600 years after the Tubo Dynasty in Tibet, the Guge dominated the western part of Tibet, carried forward Buddhism and resisted foreign enemies, leaving a strong effect on the history of Tibet. However, 300 years ago, the Guge Kingdom suddenly turned from prosperity to decline, instantly disappeared in the vast sand sea, only left vast sites and relics, waiting for people to explore and discover. – Check the detailed information about 17 Days Kailash Manasarovar Full Moon Tour & Guge Kingdom Exploration Ngari is called as “the roof of the world roof”. The extremely high altitude brings a thin but pure air, the sky, and the clouds are close at hand, the unique geographical features create unparalleled beauty. The plateau lakes like Lhanag-tso are as clear as jadeite. Lhanag-tso is known as the “ghost lake” with beautiful scenery and intoxicating blue water. The Lhanag-tso is a saltwater lake, which can not be drunk by people and animals. Standing by the lake, it seems to be standing at the edge of the universe.

3. The Holiest Mountain and Lake: Mount Kailash and Manasarovar Lake

This is a mysterious place, which holds countless treasures of Tibet. Holy Mountain Kailash and Lake Manasarovar are undoubtedly the most precious treasure. There are many temples on the kora of Kailash and Manasarovar. The human culture is profound and the scenery is beautiful. The Kailash Kora is a way to purify the soul, making Ngari the holiest place in Tibet. Pious pilgrims do the famous kora around the holy Mt.Kailash.

Mount Kailash is the main peak of the Gangdese Mountains, which means “mountain of deity” in Tibetan. It is the birthplace of the four major rivers, such as Shiquan River, Xiangquan River, Maquan River, and Peacock River. It is recognized by Tibetan Buddhism, Hinduism, and other sects as the holy mountain. It is one of the ten most beautiful mountains in China.

Lake Manasarovar, located on the south side of Mount Kailash, is the freshwater lake with the most transparency in China’s lakes. It is also the birthplace of the four major rivers in Asia. 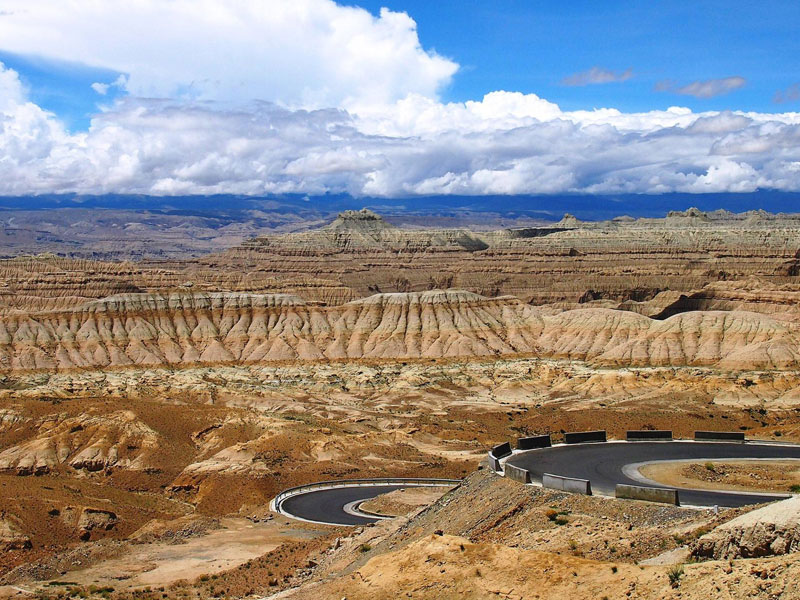 Zanda Earth Forest is the most typical and the largest earth forest distributed area in the world. It is extremely unique and spectacular. Sitting on the cliff, some strangely shaped earth forest, imitating people and animals, allow people to make the most of their imagination. The earth forest in the sunset glow has wonderful and magnificent scenery. Among the desolate yellows, the white earth forest is dazzling. If Tibet is the best place to appreciate the night sky, then Ngari is undoubtedly the best place to observe the stars. Because of the cold and dry climate in Ngari, the transparency of the atmosphere is extremely high. Besides, Ngari is far away from the“light pollution” of the city that makes it the most ideal starry sky observation site on the northern hemisphere land. At present, the National Astronomical Observatory has set up an observatory station in the Ngari area and also built a “Dark Night Park” next to the observatory, which is an excellent place for astronomers. On a clear night, people can watch the breathtaking Milky Way in the Dark Night Park, enjoy the night sky composed of thousands of colorful stars, and easily capture the meteors across the sky. The stunning scenery of the Qiangtang Grassland in Ngari, Tibet.

Ngari, located in the northern part of the Qinghai-Tibet Plateau, is also the core of the Qiangtang Plateau. Here you can find the endangered golden silk wild yaks, but also lively Tibetan antelope, black bear, brown bear, wolf, fox, lynx, Tibetan wild donkey, and other wild animals. When driving along the Great Northern Line, these elves can easily appear in your sight. Sometimes you can see thrilling predatory scenes, allowing you to experience the vitality and wildness of nature. The people of Ngari are pure and hospitable. Whether in county towns or villages, roads or pastoral areas, they will show happy smiles, wave greetings and greet “Tashi Delek”. This smile comes from the heart. During the holidays, they will meet relatives and friends, find a green place, set up a tent, slaughter a sheep, pour a few cups of wine, and enjoy the comfort brought by slow life.

Those are the seven things maintaining the original appearance of the world, which you should not miss in your Ngari tour!