Sherpa is an ethnic group belonging to the hill areas of Tibet, Nepal, Bhutan as well as India. They are the peoples of the Himalayas. Sherpa is a Tibetan term meaning eastern people (Sher = east and pa = people). The use of the word Sherpa as a surname is but an outcome of a mistake of the census people who did not know that these people do not have any surname and they use only one name. Thus the word Sherpa as a surname was adopted involuntarily even though there is no custom of using surnames in Sherpa culture. 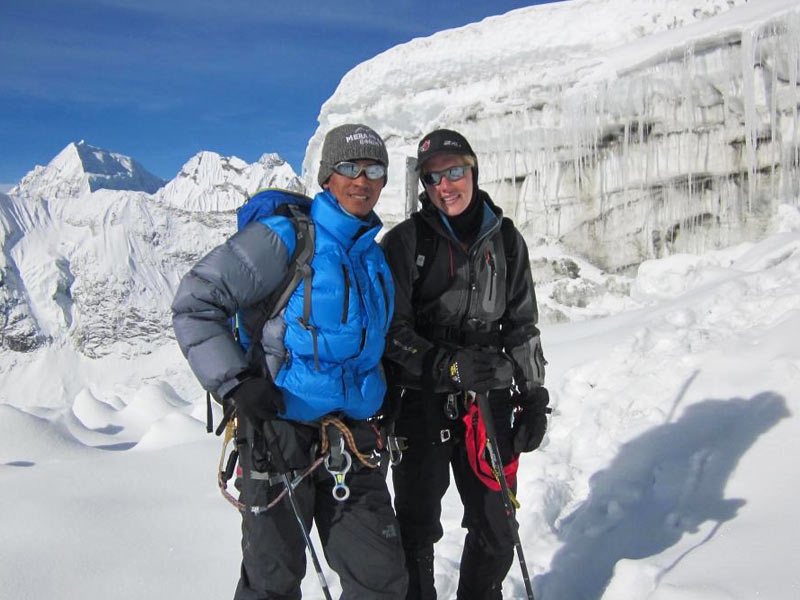 History of Sherpa and Their Living Conditions

From ancient times Sherpas had moved from one place to another within the different regions of the Himalayas and survived as Alpine traders. They were originally a nomadic community who gradually settled in a Nepalese district called Khumbu or Solukhumbu. Subsequently they scattered to different places in four groups giving rise to four Sherpa clans namely Thimmi, Chawa, Minyagpa and Sertwa. And these four Sherpa groups slowly divided into over 20 different kinfolks which exist at present. 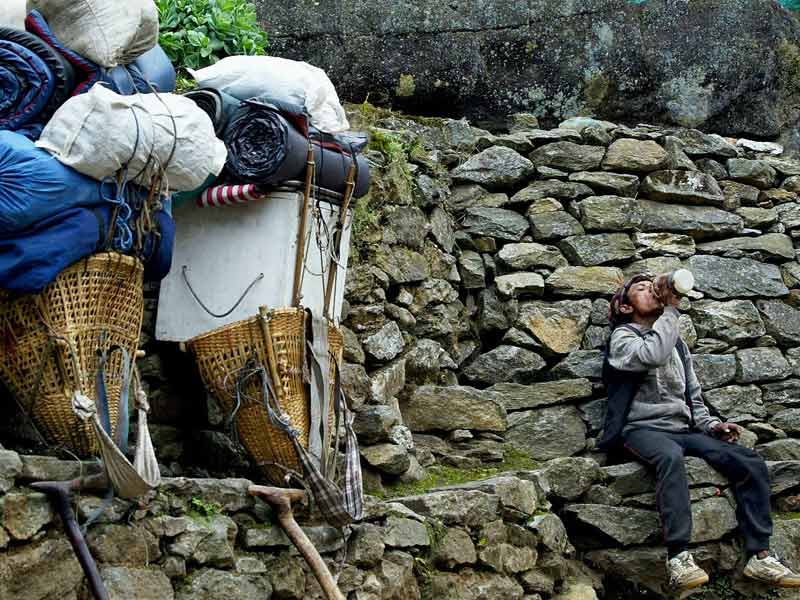 Genetic evidence discloses that the major part of the Sherpa hailed from Tibeto-Burman origin and has a very strong genetic kinship to the Tibetans. They also have hereditary association with the Nepalese precisely the Rai, the Tamang and the Magars people. But they show very diminutive evidence of their relation with any other Nepalese clans so as to say. A recent study on the Sherpa revealed considerable genetic association to the Indian subcontinent in a large number of Sherpa population existing in Tibet. However a subsequent study made in 2017 rejected that doctrine.

Sherpas are considered to be efficient mountaineers and also highly knowledgeable regarding the local area. Hence they are extremely valuable to the explorers of the hilly Himalayan terrain. They are in fact indispensable guides to those venturing to ascend the Mount Everest. And that is why the term Sherpa is often used by those foreign explorers to refer to any guide appointed for assisting mountaineering expeditions particularly in the Himalayas irrespective of their ethnicity. 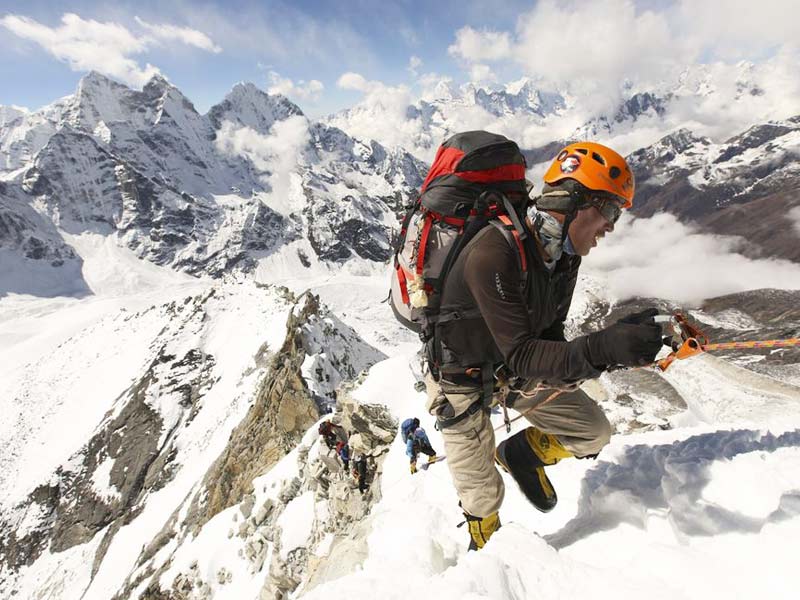 Sherpas are considered to be efficient mountaineers.

A large number of Sherpas earn their livelihood through the profession of providing mountaineering guidance to countless explorers of the Himalayas. They are exceptionally expert and efficient so far as climbing mountains are concerned and this special ability is believed to be a result of the genetic adaption to their constant living in higher altitudes.

Sherpas are generally less educated and often lead a substandard life. Their society is infected with alcoholism, gambling and other related issues. However the condition has much improved compared to that of earlier days still there is considerable lack in educational infrastructure and social awareness among the mass.

Language, Folklore and Religion of Sherpa 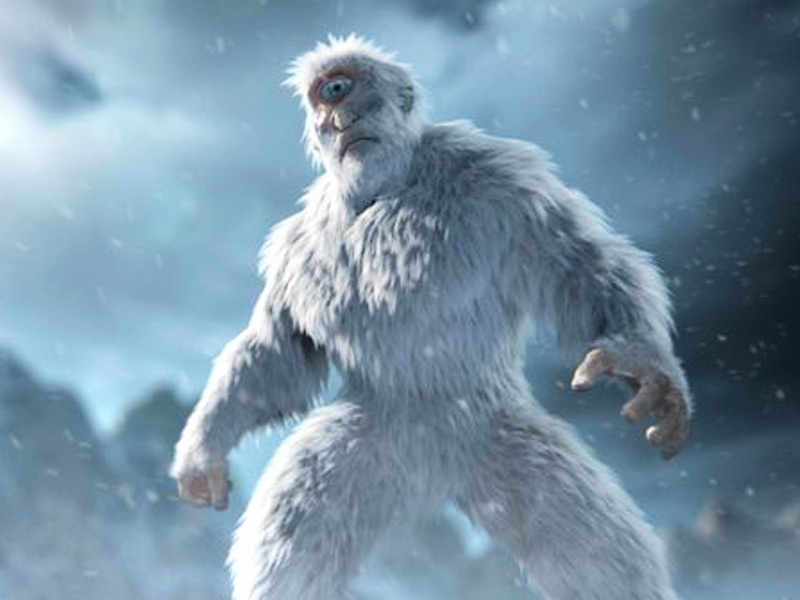 The most distinguished element of Sherpa folklore must be Yeti, which is as per legends a monstrous snowman. It is an ape like creature considerably taller than normal human figures and dwells in the Himalayan region of Tibet. According to the same legends these creatures were found in large numbers in past years and used to terrorize the locality with their sudden attacks on humans. But the scientific community rejects the existence of this entity even in any time whatsoever due to the absence of any conclusive evidence. However Yeti has been a popular entity in several films, comics and games released in different times.

Sherpas basically belong to the religion of Nyingmapa, which is regarded as the oldest form of Tibetan Buddhism. In addition to Buddhism Sherpa community believe in a number of deities as well as demons who according to their belief inhabit every cave, mountain and forest. And so they consider several Himalayan mountains to be highly sacred. For example they worship Mount Everest as Chomolungma meaning mother of the world and Mount Makalu as lord Shiva. They also have beliefs in secret valleys and hidden treasures. Sherpas typically perform a Buddhist ritual at a temple before an expedition to Everest, praying for their safety.

The day-to-day religious affairs of the Sherpas are presided over mainly by the Buddhist spiritual leaders called lamas who are generally celibate monks. They are generally highly respected persons among the Sherpa community. In addition Mindung (soothsayers) and Ihawa (shamans) deal with the darker side of the world such as spirits and other supernatural elements. A small number of Sherpas belong to the religion of Roman Catholicism and Hinduism as well.

Customs and Dress, Cuisine and Life Style of Sherpa

Sherpas have their own social customs and traditions. When a person marries and beget children he must build a new separate house as the existing house cannot accommodate more members. And it is almost a custom for the neighbors to help the person construct the new home in every way possible. In addition to offering manual help they also provide necessary food and drink to the new family during that phase. As for the Sherpa clothing men put on long-sleeved robes named kitycow which goes a bit below the knee. Sherpas often found to tie a chubba on their waist which is a kind of pouch for carrying small items along. Traditionally it is made of coarse homespun wool. The trousers worn by men are called kanam and the outer jacket is referred to as tetung. Women are generally found to wear full-sleeved high length dresses made of tongkok, a thicker type of wool. A sleeveless dress known as angi is put on at the top of a raatuk or blouse during wormer times. And they are worn in combination with well decorated colorful aprons. However readymade western dresses are gradually replacing the traditional clothing of Sherpas in an increasing manner. 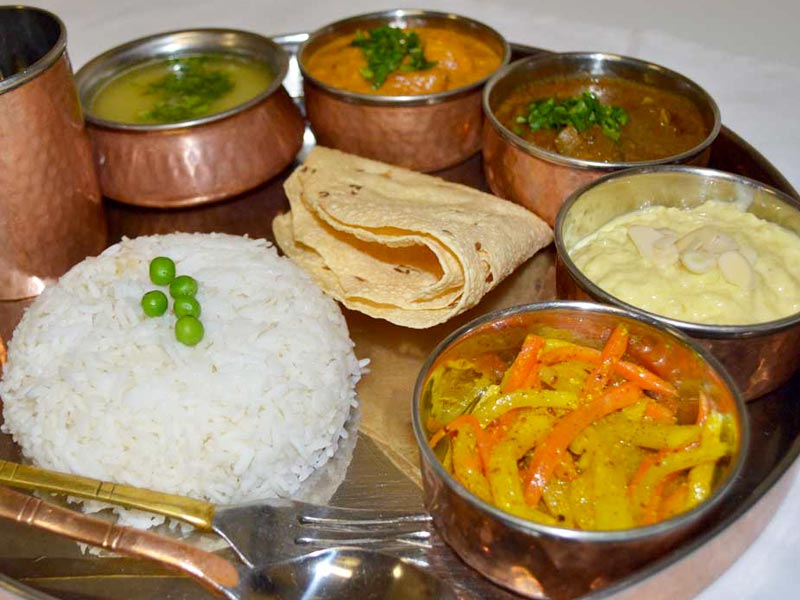 Sherpa foods are dominated by starchy items and potato holds a prominent place in their food chart. They take Tibetan tea added with butter and salt several times a day. Some common food items that are taken almost regularly are Sen (dough made from different grains), Shakpa (Stew with potato and other vegetables) and tsampa (roasted flour). A popular drink among the Sherpas is Chang which is a kind of beer made from millet, maize and other grains. 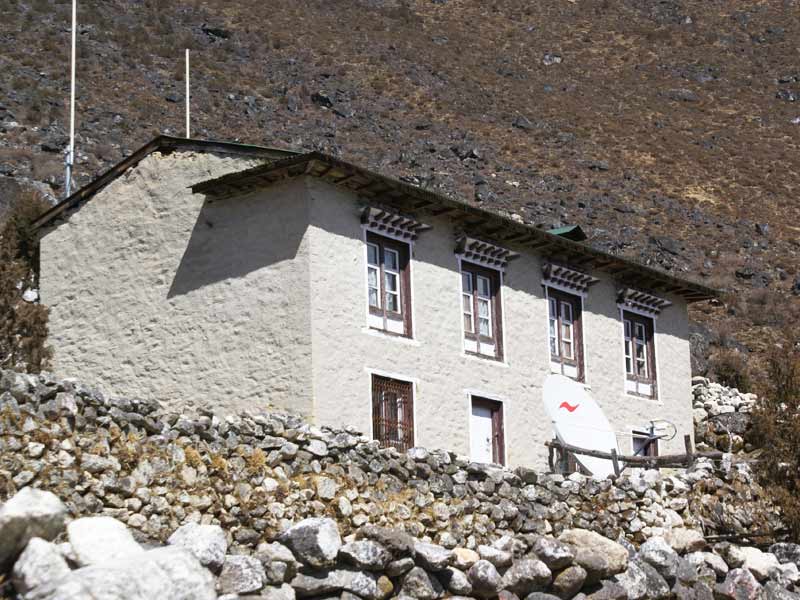 Sherpa houses are typically made in a way so as to provide for fields inside. And a space is also allotted for deities so that spiritual ceremonies can be observed whenever required. There are also ample spaces for animals. The walls of the houses are mainly stone made and the slopping roof is made of natural materials. However the well-to-do families often use imported materials such as steel in their roofing. In case of shifting the houses are generally handed down to the family members instead of selling off.

Sherpas celebrate a number of festivals and social occasions such as Dumje, Mani Rimdu, Losar , Nyungne and others.

Dumje is observed in June to maintain wealth, prosperity, good health and general wellbeing of the Sherpa community. It continues for a week during which Sherpas visit monasteries regularly and prey to the gods for all those things. 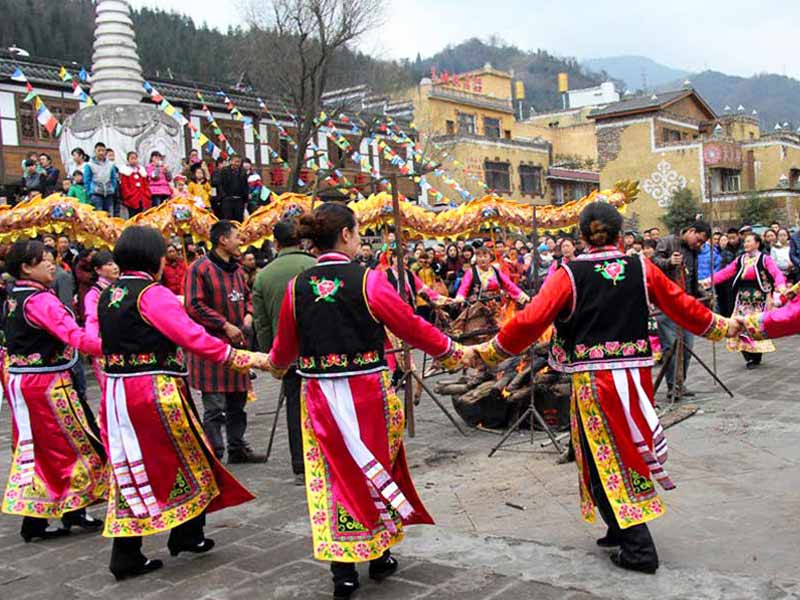 Losar is celebrated in a pompous with dancing.

Losar is a festival to commemorate the beginning of the year according to the Tibetan calendar. It falls in the last week of February. It is celebrated in a pompous way with dancing, singing and drinking as we do in our New Year celebration.

Mani Rimdu is a colorful festival observed in four different times in a year. It is celebrated at Tengboche and Tani monasteries in Khumbu for first two times and at Thaksindhu and Chiwong monasteries in Solu-khumbu for another two times. Monks dressed in colorful costumes and masks pose as gods and devils and perform spiritual dances with a view to scare out the evil forces. 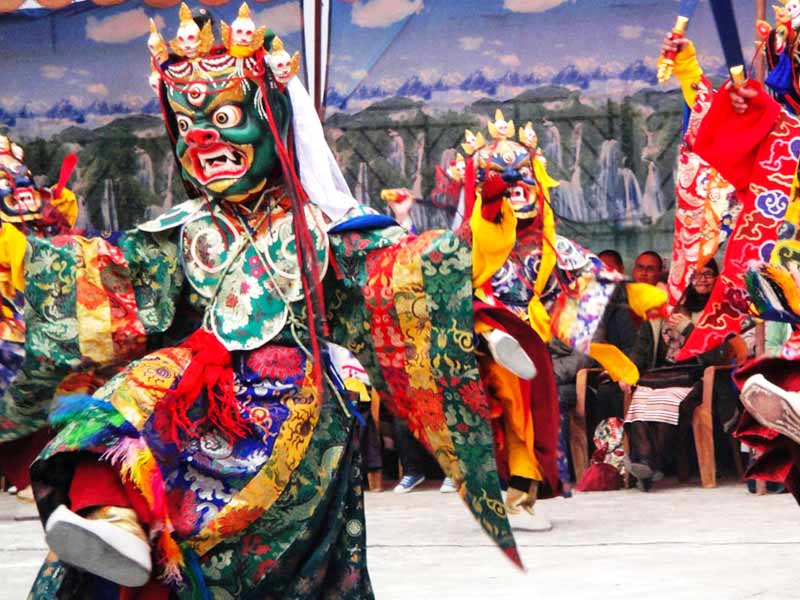 While drinking is an inseparable part of a Sherpa festival Nyungne is the only exception to that rule. During this festival which continues for three days people refrain themselves from drinking and merry making. Some also go for complete fasting. The reason for doing this is that Sherpas consider these days to be a time for self-mortification for all the wrongdoings done throughout the year. During these days they visit the gompa regularly and recite sacred hymns along with the lamas.

If you visit Tibet during the time of any of the above mentioned festivals you will get a good opportunity to gain a firsthand experience about how these festivals really look and feel.

Where you can Meet Sherpa People when Taking a Tibet Tour

Sherpas originally lived in Tibet hundreds of years ago. But they gradually shifted to Nepal afterwards. However there are many Sherpas permanently living in Tibet still today. Some of the parts of Tibet in which Sherpas are found in great numbers are Zhangmu, Tingri and Dinggye. Include these places in your Tibet tour if you are interested in meeting Sherpas and knowing their life from the close quarters.

How to Travel Sichuan, Yunnan and Tibet in Just One Go