Adding Colors to Your Tibetan Tour: 8 Top Films about Tibet

As a tourist visiting the mysterious Tibet, its landscapes and its old religions, you will find them so fantastic and attractive. However, we can also approach Tibet from some films about it, its past history, its values and its unique culture. What follows are the best 8 films reflecting various aspects about Tibet. You will have more profound understandings about Tibet after you watch them. Tibet Vista provides tourists cultural tours in and around Tibet. Join our 6 Days Central Tibet Culture Small Group Tour programs and you will find a different Tibet that is quite different from what you read in magazines.

1.Once Upon A Time in Tibet: a love story about a Tibetan girl and an American pilot

The whole story is enveloped in a deep mysterious atmosphere within the murmuring prayers of an old man’s spinning prayer wheels. The story is different from the traditional city love story that is glutting on our screen. In such a mysterious holy land, a beautiful Tibetan girl and an American pilot start a pure and aesthetic love story with its doomed destiny. Here in this film, the primitive love and life of the Tibetans find their best expression in the holy lakes and godly mountains. The director Daiwei combines the illusion and reality, Tibetan fork tradition and western culture, depicting a mysterious life scene among the wondrous natural environment. 2. A Tale of the Sacred Mountain: the valiant Tibetans’ resistant war against British invasion

The picturesque snow mountains and grasslands, marvelous civilization, simple folk customs and pure love all disappeared in the blatant wars. A Tale of the Sacred Mountain depicts a national epic that is anti-colonial and anti-aggression with all the blood and tears. In this film not only did we see the purity of humanity under the holy mountains but also the cruelty of wars and greed of human nature. The film is both a pure love story and a magnificent national song. The eyes that are quite unmatched to his little age in Gaga the little boy shouldered the sorrows of a whole nation, representing all the sorrows of China in that time. It also sings of the valiant spirit of the whole Chinese nation to resist aggression and protect our homeland. 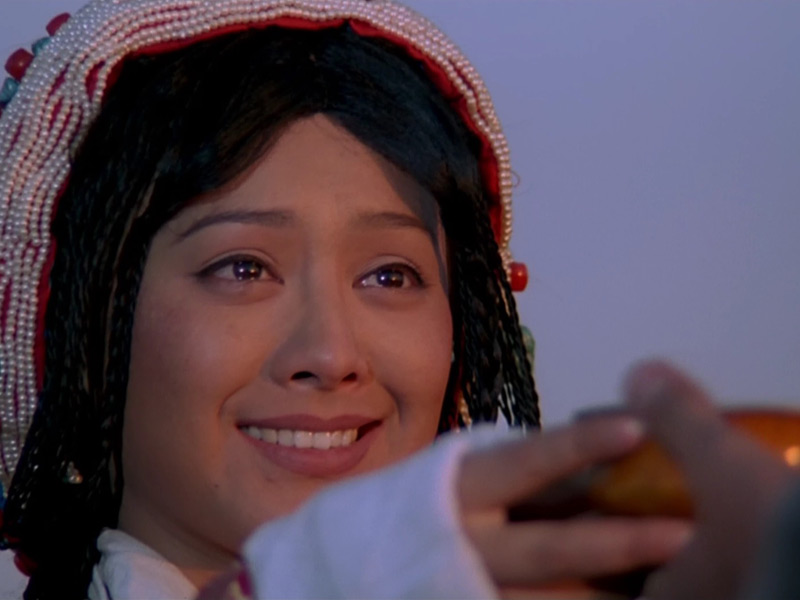 3. Kokohili: the desperate struggle of the man and the Tibetan antelope in wild nature

Kokohili is one of the most excellent films in China in recent years. It is a neo-realism film with documentary characteristics shot by new-rising director Lu Chuan. The main plot of the film is about a correspondent who witnessed the birth and dissolution of the scientific inspection team of Kokohili. It depicts the harsh environment, the poaching and protection of Tibetan antelope, life and death, poverty and responsibility. It is a story on people, the desperate struggle for existence and hopelessness. Audience will be deeply touched by a whole experience of life and death. 4. The Horse Thief: a thief’s desperate struggle to make a living by low trade

The Horse Thief, the whole story tells a man who steal horses to make a living, and when he get a child he give up this trade. However, when he cannot live on, he then return to this old trade. It is an avant-garde film shot by Tian Zhuangzhuang in 1985. The film stresses the visual shock of the image, and rejects anything that is non-image. As a film that reflects upon religion especially in the scene of celestial burial, it cannot be understood in a Tibetan way but to approach it by dismembering a man within a religion context. 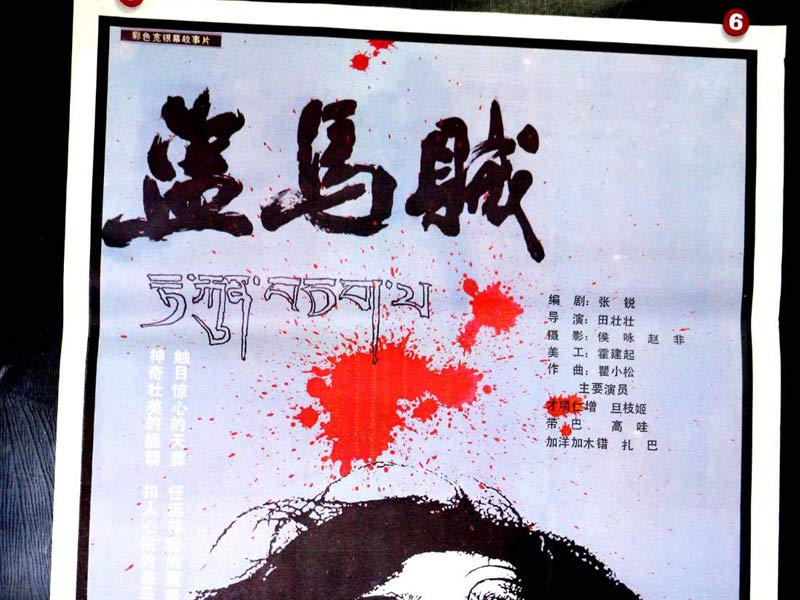 5. Dirlam: a documentary depicting the simple life along the Tea-Horse Road areas

Dirlam, the first documentary shot by Tian Zhuangzhuang in 2003. It is about Tea-Horse Road from Yunnan to Tibet. The film presents you a simple country life that is still undisturbed by urban civilization with its pastoral life rhythm and the breathtaking landscapes. The documentary greatly surpasses other geographical feature films on folk customs and characters, arousing the deep sympathy from every part of the world. The film could give its audience strength, a peace of mind and an ecstasy from your inner heart. The people here will not change themselves because of your praises. 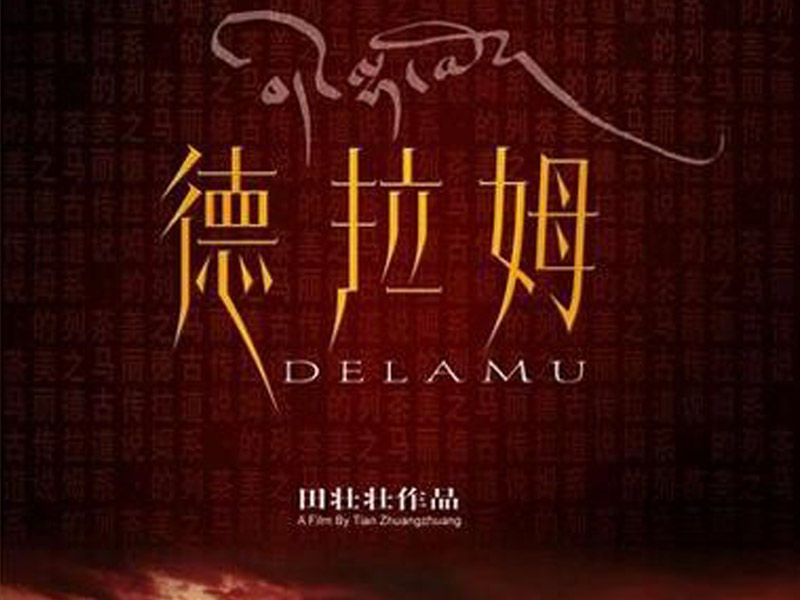 6. Ganglamedo: a love story that is sad and romantic

Ganglamedo, a flower of Tibet, a map, a song, a bar and also a name of a woman. It is a sad but beautiful love story about half a century ago. The film mainly tells a story about two women’s waiting and persistence on love within the context of the Tibetan magnificent landscapes. Here in this music film, audience could catch a glimpse of Tibetan religion rituals and folk customs. The Guge Kingdom Relics for the first time appeared in a film. 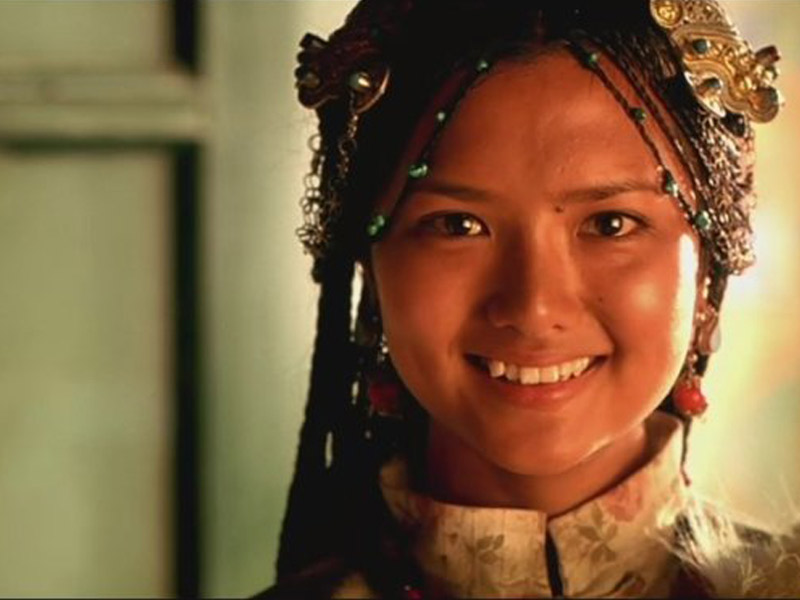 7.Himalaya: a glance to the life of our ancestors

All the actors and actresses of the film are local Tibetan natives so it is a pure Tibetan-element film. The film tells the conflicts between the modernity and tradition, man and nature, value of life and spirit that appeared in the alternation of the new and old leaders. The director put it: the local custom and culture are gradually melting, if we make concerted efforts and shot this film, our next generations will have an inkling understanding of the life their ancestor once led. 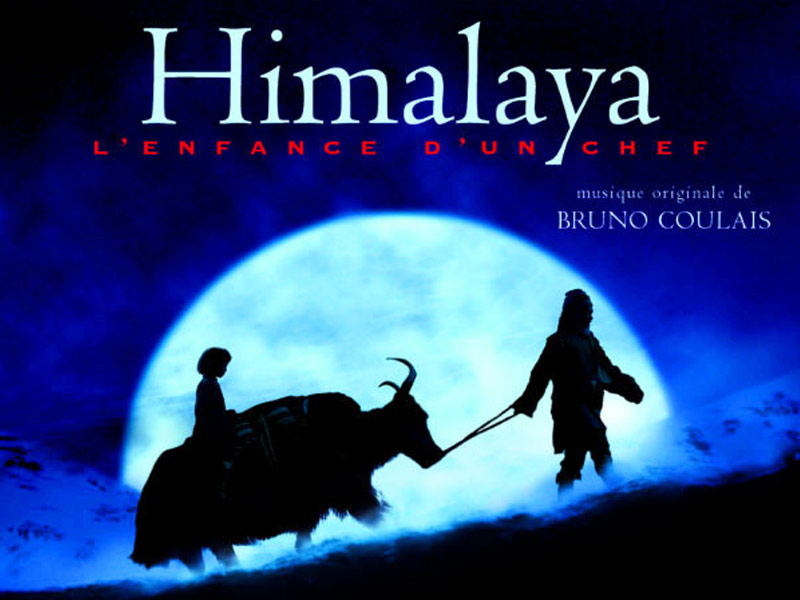 8. The Samsara: a film reflecting upon religion and earthly affairs

This is a story reflecting upon religion, discussing whether man should enter into earthly affairs or into Buddhism practices. There are some classic sentences in this film. The first one is the last word of Master Dashi: To satisfy one thousand of desires or overcome just one of them, which one is more important? The second sentence is: if you apply your lust on me to Buddhism then you will become a Buddha. 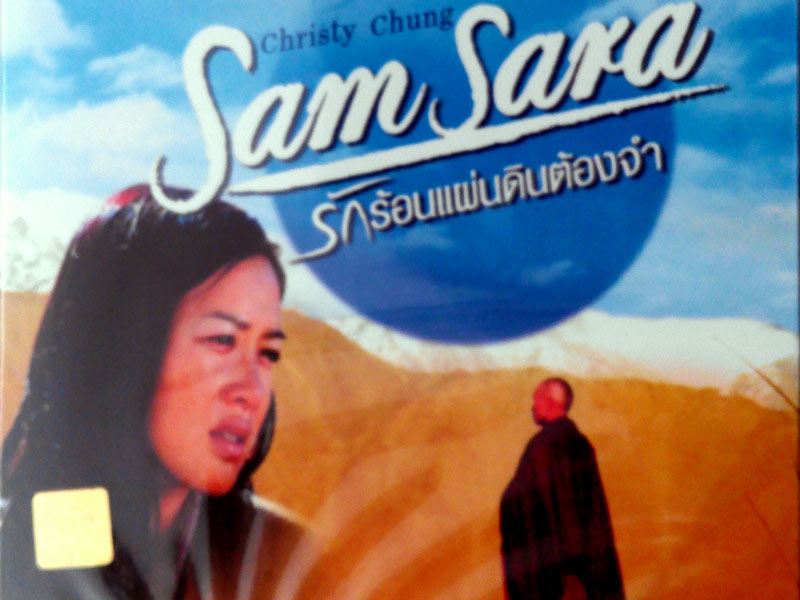 What listed above are some 8 most famous films about Tibet we’d like to introduce to you. You can watch these films to have a deeper understanding of Tibet and they will surely add colors to your tour in Tibet.

0 Comment ON "Adding Colors to Your Tibetan Tour: 8 Top Films about Tibet"