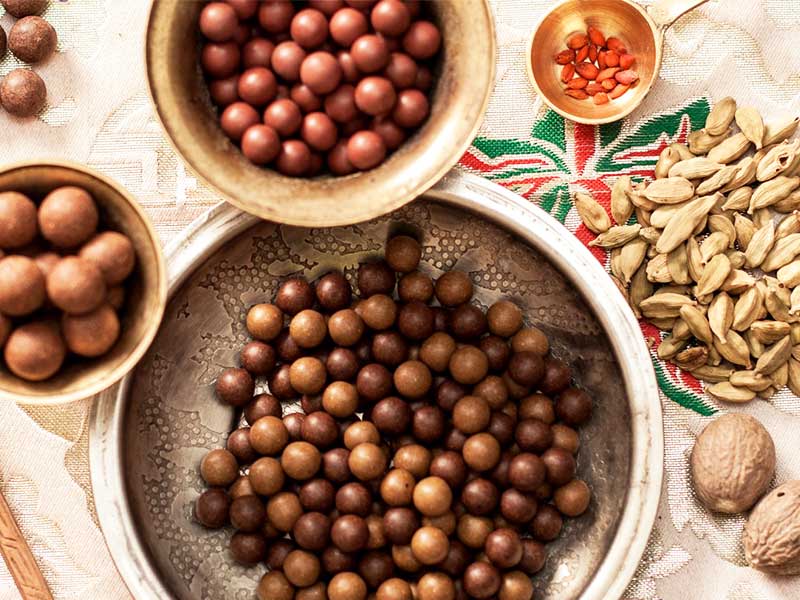 As has already been mentioned, the medicines in the Land of Snow have been made mainly from the plants and the other mountain herbs and floras. The entire knowledge of Tibetan medicines has been based on the heritage book of Tibet namely the Four Tantras or the ‘rGyud-bZhi’. In this article, we will discuss about the top eight different medicines in vogue in the Land of Snow, their functions and consumptions. The eight most popular Tibetan medicines are –

Ophiocordyceps sinensis is a special type of fungus of parasites or even caterpillars that is used as an extremely popular medicine in Tibet. This medicinal herb is formed when the fungus attacks the caterpillars of the moths. As a result it looks like dead caterpillars-dried and yellow in colour. In the spring time, these fungi mummify the caterpillars and as a result a juicy herb is produced that acts as the medicine. It is handpicked and further dried for the medicinal purpose. The famous Ophiocordyceps sinensis is known as the magical herb, owing to the various benefits it provides. The consumption of this herb promotes a good health. It has the capability to slow down the ageing process and also strengthens cardiovascular and respiratory system. It provides strength to the body, and improves blood circulation and keeps the blood pressure normal. It is also known to remove blood clots and decreases cholesterol. It has a remarkable quality of providing strength and convalescence to an ill body and healing a wound faster. It is also very good for illnesses like Yellow Fever, Bronchitis, Kidney diseases, asthma and others. It also helps in curing the after effects of cancers, especially of the chemotherapies. Thus this herb is no doubt known as the magic herb of Tibet and also is in vogue in China. 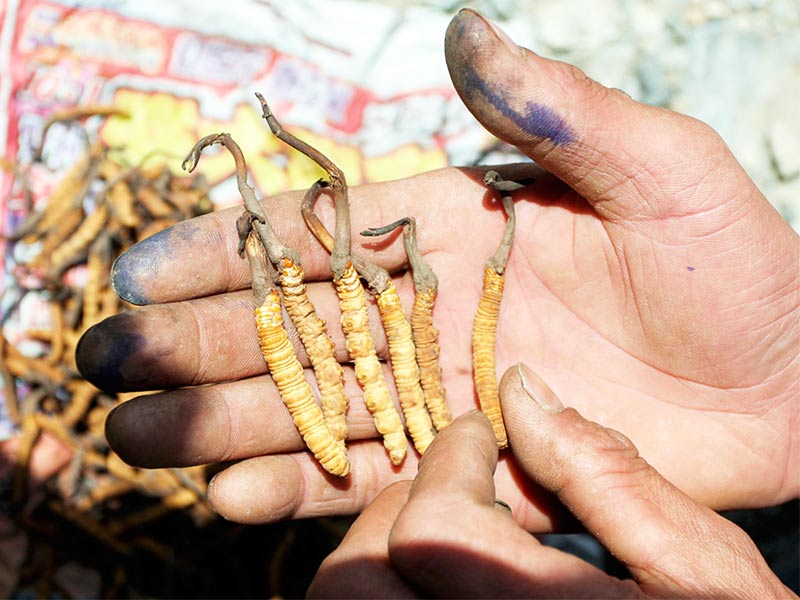 The consumption of Ophiocordyceps sinensis is very simple.

The consumption of Ophiocordyceps sinensis is very simple. The dose, for an adult, ranges from 0.3 to 0.7 grams, which roughly equates to one or two pieces of the herb. However the size of the parasitic fungus will matter and the weight cannot be guessed like that. It is also known to be an ingredient for the Tibetan tea with which it is eaten. Also, the medicine is used as a cooking ingredient in many Tibetan dishes. It is also crushed to powders and then mixed in milk or any other liquids and then eaten. However it is always better to consult the doctors before indulging into the intake of the medicine.

This medicine, also known as Rhodiola rosea or the rose root is very popular in Tibet. It is a type of flowering plant with bright yellow flowers, growing at the mountainous cold regions like the arctic regions and in the hills of Tibet. The flowering plant is perennial and belongs to the family of Crassulaceae. This flowering plant is used as a traditional herbal medicine in the region of Tibet. It constitutes of a fleshy stem and a short scaly root. It is this root that has the medicinal value in Tibetan pharmaceuticals. 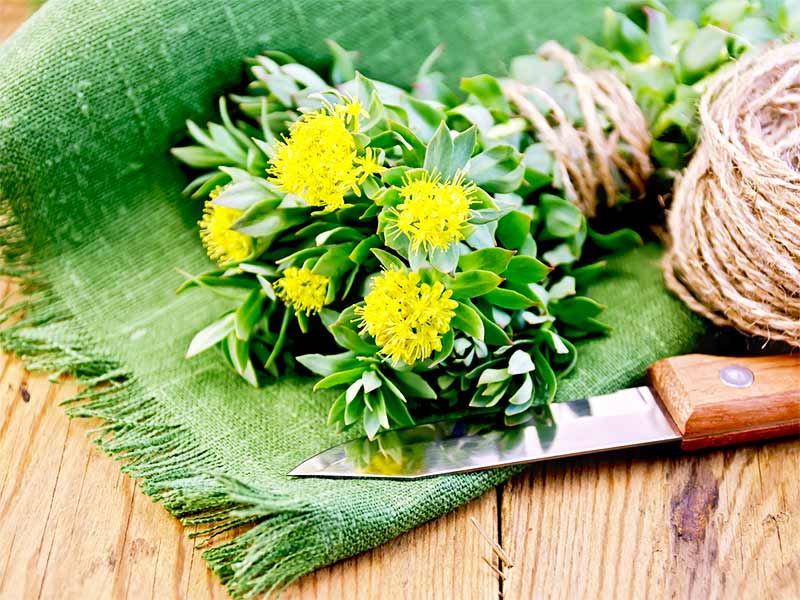 The herb is mainly known as an anxiety removal herb. It is widely used for the acquisition of the respite from anxiety. Also it combats altitude sickness and several other types of discomfort related to high altitude. It provides energy and revival to the body also, especially in the altitude where you are in dire need of them. It combats insomnia also and has an intoxicating effect on lungs and hearts. But its chief function is to calm the distressed adrenaline system of a person.

The medicine is usually consumed by mixing it in a herbal tea. But most importantly, it is made into a capsule and then eaten. The dosage however depends entirely on the advice of the doctor.

Snow lotus, like Rhodiola, is another perennial herb growing in the cold hilly regions of Asia, North America and Europe. It consists of dense flowers with thistle like appearance. The dense white and woolly hairs around the flowers make them appear snowy because of which the name has been given as snow lotus. Nonetheless, this small herb, having an average height of 5 to 10 cm, is used as one of the most important medicines in Tibet. The root of this herb is considered to be the most beneficial of all. There are many important functions of a snow lotus. They are used during the time of indigestion, fever and headaches. They are extremely beneficial for hair falls and premature graying of hair. Also they are used to combat epilepsy, pleurisy, bronchitis and common cold. They also cure herpes and help in dental problems and urinary problems. It normalizes blood pressure and helps in the proper circulation of blood. Also it combats colic pain, cholera and skin diseases. Thus it also helps in rejuvenating the body and helps in keeping them clean from inside. It also acts as an appetizer and increases the hunger.

The snow lotus is consumed mainly in the form of powder. Otherwise capsulated form is also used. However the dosage should be taken from the doctor. Also it might pose to have side effects for pregnant women and during the time of breastfeeding.

Ginseng is also a small perennial herb growing in the mountainous regions of Asia and Europe. These plants are characterized by their fleshy roots that are mainly used for the medicinal purpose. The root of this plant has a fork like shape and a long stalk containing green oval shaped leaves. The famous Ginseng, available both in Asia and America, has a number of important medicinal functions. It acts as an energy provider and rejuvenates the body. Not only that, it helps in maintaining the blood pressure and thereby removes stress and tension. It is known to be a great curative agent for diabetes and even prevents cancers. It also cures flu and RSVs.

The dosage for Ginseng should be entirely dependent on doctor. This is because overdose of Ginseng might cause blurry vision, dizziness, dry mouth and other such health discomforts. You might take it in the form of capsules, powders and even syrups that are available in the market.

Like the above small herbal plants, saffron is also a perennial plant, abundant in hilly areas. The plant produces a beautiful and bright purple flower, having vivid stigmas. These stigmas are dried and used in various purposes like as spices, medicines and as beauty products. In this article, we are going to talk about the medicinal value of saffron. 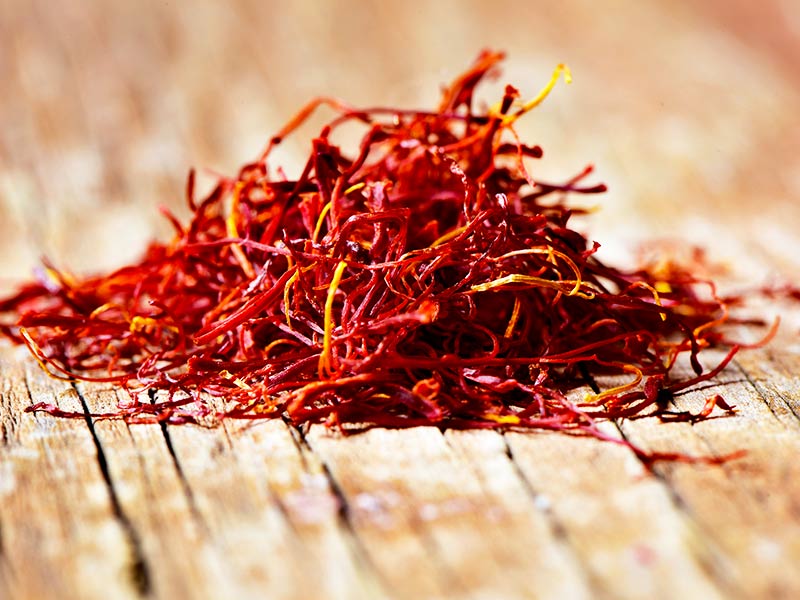 As has already been said above, saffron is widely used for skin and hair problems. It is a remarkable medicine for alopecia. Women also use saffron to get relief from their menstrual cramps and PMS or pre-menstrual syndrome. It is a good curative agent for premature ejaculation and infertility for men. Other than these, it is remarkable for whooping cough, asthma, insomnia, gastritis, Alzheimer, dry skin and several heart problems. For stress and shock and for hardening of arteries and hemoptysis and pain in the body, saffron is also used. It is also a very good spicing agent.

The consumption of saffron depends entirely on the dosage prescribed by the doctor. However you can eat it with food or as capsule or even by mixing with boiled water.

Musk is another Tibetan medicine, derived from the species of deer. These are a kind of perfuming material obtained from the glandular secretion of the deer, especially the males. However, quite intellectually the Tibetans have invented several medicinal values of the substance. It has a purplish kind of colour and a bitter taste also. The dosage of musk is indeed ambiguous as because it solely depends upon the doctor prescribing it. It is usually taken either as the form of capsules or powders.

Belonging to the family of sunflowers, the famous Coreopsis grandiflora is another perennial plant or herb. It consists of small yellow flowers and pointed leaves, but however the seeds of these herbs are extremely important. It is also known as tickseed and has remarkable medicinal qualities. The main importance of this herbal plant is its remarkable stabilization effect upon the nervous system. They help in the sedating the excited nervous system. Also they help in the proper blood circulation and health of the nerve. Another importance of the herb is its enhancing of the metabolism of the body, thereby keeping it healthy and rejuvenated.

There is no particular way of using this herb except for that you may either get it in the Tibetan dishes. Also powdered and capsule forms are available. Dosage depends entirely upon the physician.

The famous Lingzhi mushroom is also known as the reishi mushroom. It is a species that contains a complex amalgamation of several mushrooms. These fungi are solely used for medicinal purposes especially in the Chinese traditions. It has abundance in the South East Asia for that matter. 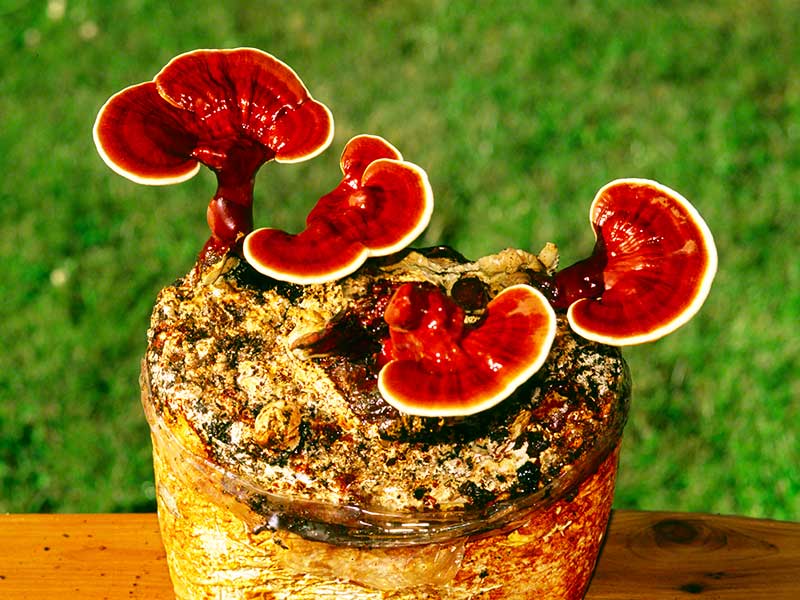 There are many important medicinal values of Lingzhi mushrooms. They enhance the immunity of human body. Not only that they also help in the prevention of cancer and combating the ageing problems. It also acts as the flushing agent of the several intoxicating materials within our body.

These mushrooms are often cooked and eaten. They are a kind of delicacy for the Tibetan people. Except for that, powdered form and capsulated forms are also available as means of consumptions.

What You Should Not Miss in Our Central Tibet Cultural Tour?