What is Cordyceps Sinensis? 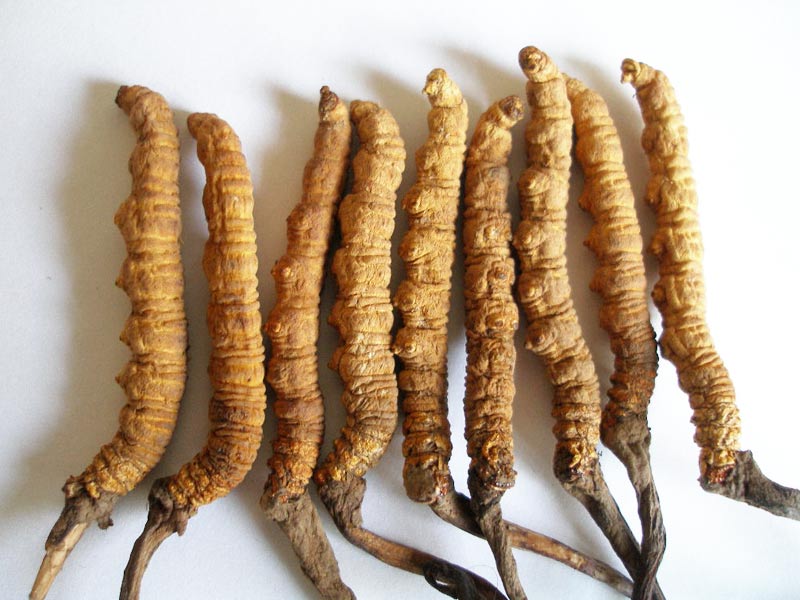 It is known as a zombie worm or caterpillar because of the way it is formed. It is created when the fungus attacks the moth caterpillars. Once it attacks the caterpillars, it affects the spores during spring and then germinates over the winter, thereby deriving its name, winter worm. In spring, the fungus completely destroys and mummifies the caterpillar, when then grows, producing a long slender fruiting body, which is known as the magic herb. These are then hand-collected and further dried and then used for medicinal purposes across the globe.

There are more than 100 varieties of close similarities that one can find in the market. This makes it highly difficult to differentiate. Also, there are also many fake that are circulated in the market. Hence great care must be to ensure the buy the right variety and the genuine products. 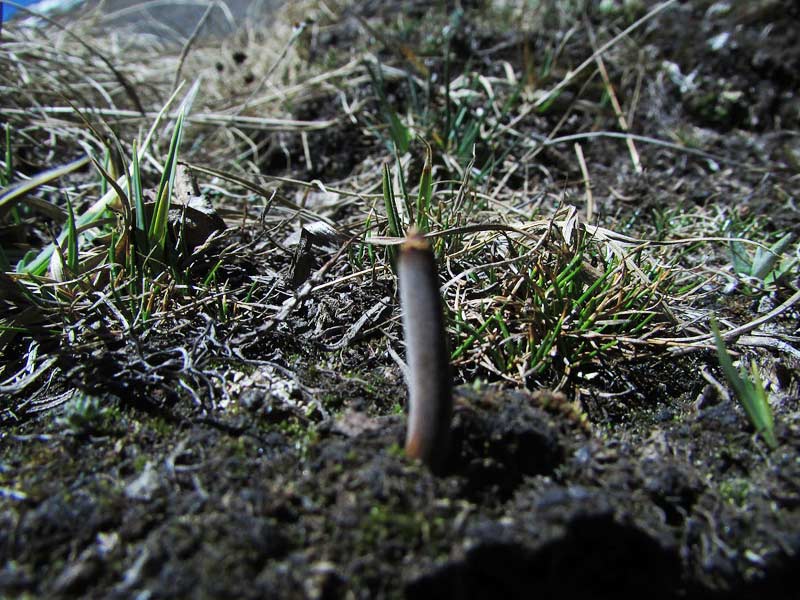 Fruiting body of Cordyceps Sinensis in Dolpo region of Tibel

Where does Cordyceps Sinensis grow?

This magic herb grows in only place across the world – the Tibetan plateau region. This area covers the areas of Tibet, India, Nepal, Bhutan and Western China. It mainly grows at high altitudes, in sectors such as Sichuan, Qinghai and particularly Tibet. Due to its scarcity, it is a highly valued herb across the world.

How to collect Cordyceps Sinensis?

The season for gathering this magic herb starts in April and goes on until the month of June. It is harvested in a rather interesting way. The gatherers in higher altitude regions are known to lie in the grasslands and look for the herbs. It takes an enormous amount of patience and talent in identifying and collecting the herbs. The size of the herb is rather small, thereby making it a task to find them. But you will see many of these gatherers happily going about their work, due to the high amount of profit they can incur from the same. 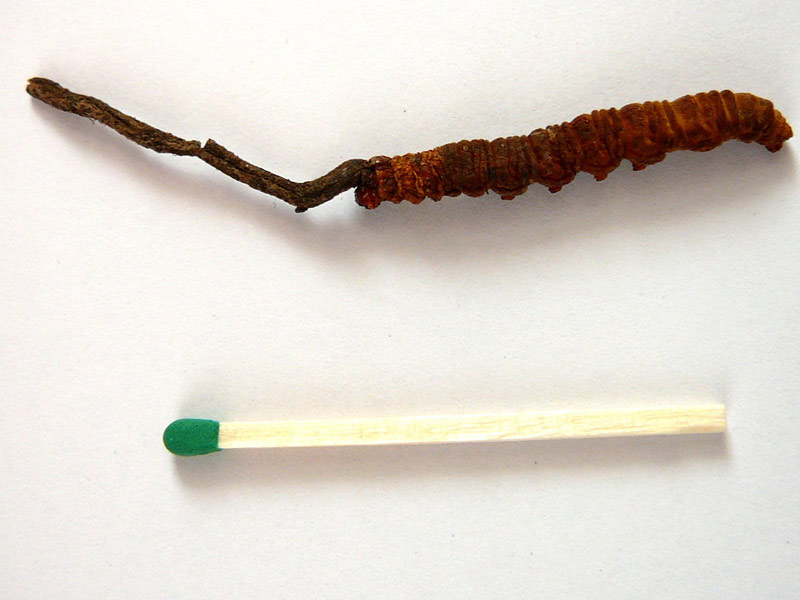 The size of Cordyceps Sinensis is as small as a matchstick

Once the herb is identified on the ground, it is extracted using a small knife. It is important that care should be taken so as not to harm or destroy the larvae as all its value depends on keeping the larvae intact. Sometimes, the gatherers also use a toothpick to make sure they are extracting it with utmost care. It is also used to try and repair the larvae if damaged.

It has been around in the Tibetan and Chinese tradition for years due to the immense health benefits it has. Some of them have been listed below:

• It is known to promote general wellbeing and health
• It is known to slow aging in individuals and to induce great vitality in people. It is often used as a secret herb to produce stamina and youthful beauty
• Boosts physical strength and endurance in an individual
• Cordyceps is consumed to toughen the respiratory and cardiovascular system. It is also supposed to improve the blood circulation thereby regulating blood pressure and remove blood clots and decreasing cholesterol in individuals suffering from the same
• Known to speed up the healing process from various illnesses and weaknesses and injuries. It also helps in boosting one’s energy levels, thereby fighting fatigue
• Used as a recovery supplement to help combat cancer, during chemotherapy sessions
• Known to enhance sexual vigor, also called libido in men and women
• Consumed to strengthen the functioning of the kidneys and helps in removing accumulated toxins from the body
• Used to treat problems such as asthma and chronic bronchitis
• Helps boost the immune system of an individual.
• Cordyceps is consumed to treat Malaria and even Yellow fever
• Cordyceps is used up to treat liver related problems such as Hepatitis.

How to Consume Cordyceps Sinensis?

The recommended dose for an average healthy person ranges from .3 – .7 grams. This would roughly mean 1 to 2 pieces depending on the size. The mushroom is eaten whole or boiled in the form of a concoction of boiling water. This is then consumed in the form of tea. It can also be powered and added in milk or other varieties of liquids. It is always recommended to consult a local doctor before consuming it for best results. It is also cooked in various dishes in Tibet. It is known to give a nutty flavor to the food. 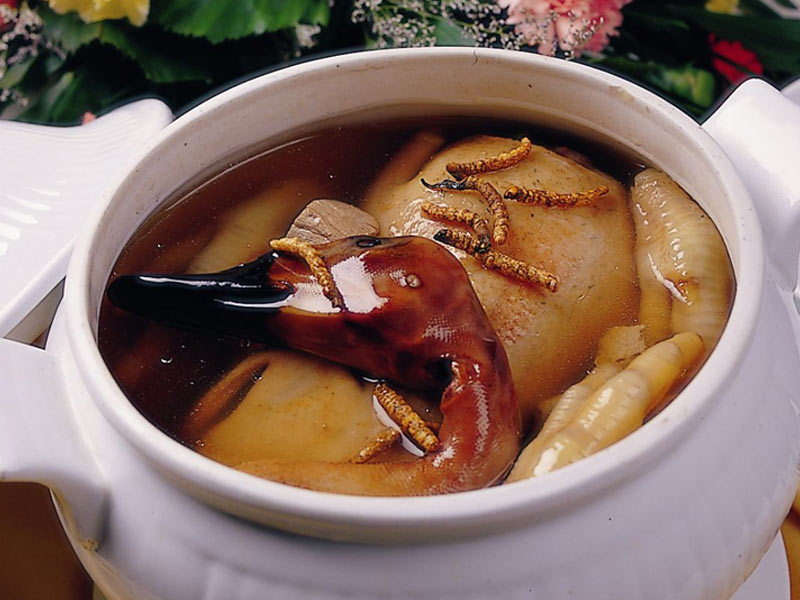 How to distinguish between authentic and fake Cordyceps Sinensis?

It is important to ascertain this difference between the fake and authentic herbs as a lot of people end up suffering as they consume the fake products. To make sure you are buying the real herb, look for the following tell signs:

The authentic ones are elastic to pull, while the fake ones are fragile.

The authentic ones are shades of light brown to natural hues. The fake ones have shades of yellow and are turbid.

The autherntic are fungi-like smell, very similar to that of mushrooms. The fake have no mushroom-like odor and may sometimes smell like wood or sulfur.

After putting in water

After putting in water, the color of the authentic remains in water. The fakes would loss its color and water it is immersed in may become dark in hue.

The authentic would taste slightly sweet and the fake would be bitter.

Where to buy high-quality cordyceps sinensis?

There is no right answer to this question. There are many small shops in the alleys of Tibet or the plaza’s selling this magic herb. The best way to understand you’re getting the real deal is by asking locals for shops that sell the authentic herb and then buying it. It is advisable not to buy it online as there are many fraudulent reporting of the same. It is always good to read up on how to identify the authentic herbs from the rest and buy them. 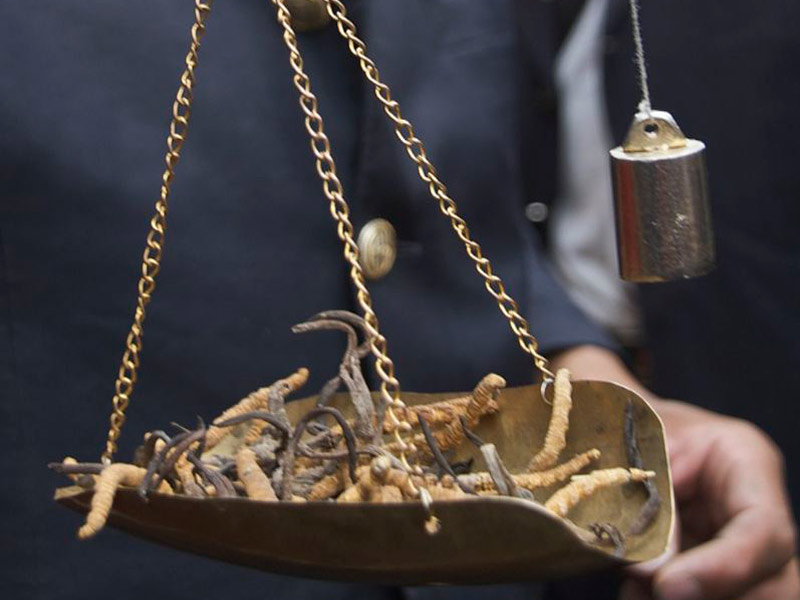 Weighing caterpillar fungus in the shop

The safest way is to purchase CordycepsSinensis is from large or well-known retail stores which can assure high level of quality control. You can also feel free to ask our Tibetan local tour guide to help you with purchasing the authentic CordycepsSinensis during your Tibet trip.