Which Is the Best City to Take Train to Tibet

At present, there are seven major railway routs to Tibet in China, namely Beijing-Lhasa, Shanghai-Lhasa, Guangzhou-Lhasa, Chengdu-Lhasa, Chongqing-Lhasa, Lanzhou-Lhasa and Xining-Lhasa. All other six railways would first meet in Xining and then head to Lhasa from there.

In fact, Qinghai-Tibet Railway officially starts from Xining, the capital city of Qinghai province, and connects Lhasa in Tibet. The 1972 kilometers long railroad was formally open to traffic in July 2006. Most of the section from Xining to Lhasa offers amazing natural landscapes you will never forget once you cast your eyes upon them. As always, our travel agency Tibet Vista offers a whole package of Tibet train tours to our tourists from outside world and provides them an all-around Tibet train journey experience.

All the train schedules to Lhasa at present

Xining-Lhasa: Train No.Z6801, the only direct train from Xining to Lhasa, departing every other day, leaves Xining at 2:56pm and arrives the following day in Lhasa at 1:39pm. Total time is 22 hours, 43 minutes.

Lanzhou-Lhasa: Train No.Z917 departs every other day at 12:19pm from Lanzhou and arrives the following day in Lhasa at 12:05pm. Total time is 23 hours, 46 minutes. Total distance covered is 2188 kilometers.

Chongqing-Lhasa: Train No.T223 departs every other day at 8:23pm from Chongqing and arrives 2 days later in Lhasa at 2:22pm. Total time is 1 day, 17 hours, 59 minutes. Total distance covered is 3641 kilometers. There are seven train routes to Tibet in total

Xining , one of the best cities to take a train journey to Lhasa

According to the feedbacks from tourists both from home and abroad, Xining is considered as one of the best cities to have a train tour to Lhasa among the present seven railway routes to Tibet. If you stayed or arrived in some cosmopolitan cities like Beijing, Shanghai, Guangzhou, we suggest that you could fly to Xining first and then start your train journey to Lhasa. There are good reasons for this preference: Xining has the quickest and most convenient access to Lhasa

You could prepare your journey to Lhasa in advance

Xining is located at a 2295m above the sea level and is a good place to stay for several days so as to prepare your body for the altitude in Lhasa (3650 meters and higher). And you can see this as a warming up exercise for your future stay in Lhasa.

Qinghai Lake is the most-renown scenery view along the Qinghai-Tibet railway. Along the Xining to Lhasa railway, you could first meet Qinghai Lake, which is the largest inland lake in the meanwhile the biggest salt lake in China. It covers a vast territory while its waters surge high and sweep forward on a magnificent scale. It is considered as a precious mirror the nature bestowed to the Qinghai-Tibetan Plateau. Kekexili Nature Reserve is the no man’s zone you will see along the railway. Shortly passing Yuzhu Peak, the summit of east part of Mt. Kunlun, the trains enter the well-renownKekexili nature reserve where the natural environment is harsh and hard and man cannot stay for long for life or production.

Thanks to its complete isolated wilderness it kept its primeval environment and unique natural landscapes in the northwestern part of the Qinghai-Tibet Plateau. It is thus home to much wildlife such as Tibetan antelope, wild yak, and wild Tibetan donkey. And you could be quite lucky if you catch a glimpse of wild Tibetan antelopes during your train tour. 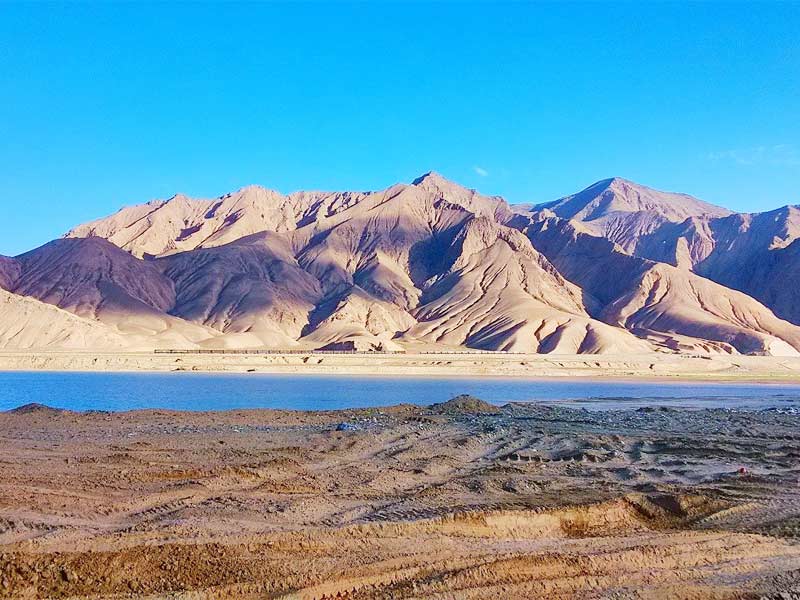 Tanggula Mountains is the watershed between Qinghai and Tibet. As the train moves forward you will come to the view of Tanggula Mountains, which is seen as the watershed of the Qinghai province and Tibet autonomous region. The Tanggula Pass at an altitude of 5231meters, is not only the highest point in Qinghai-Tibet railway but is also the highest point of all roads in the world. The Tanggula Mountains is a watershed between Qinghai and Tibet

Tsonag Lake, the highest fresh water lake in China, will pass your side as your train head to Lhasa. After leaving the Tanggula Mountains you enter into the territory of Tibet, the Nagqu prefecture. Here the rider will see a completely different natural beauty from what they saw in the previous sections of the train tour.

Tourists can catch a glimpse of one of the highest fresh water lakes in China, Tsonag Lake, which is only tens of meters away from the railway. The lake looks like a precious mirror meanwhile travelers could enjoy the view of boundless Qiangtang prairie, one of the top five pastures in north Tibet plateau home to numerous rare wildlife. 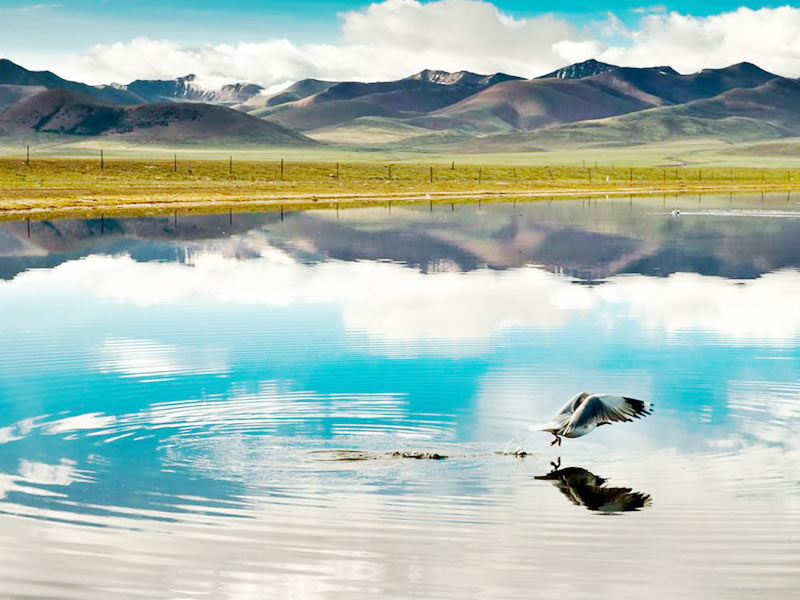 Tsonag Lake is the highest fresh water lake in China

Then you will see the stunning natural views Tibet offers to its visitors until they get to Lhasa, the capital city of Tibet. Then your Qinghai-Tibet railway tour comes to an end and you can start your visit to this holly land.

To individual tourists, the best way to book a Tibet ticket is to contact a reliable travel agency and book the ticket at least one month in advance. Tibet Vista can provide such service, and also offer “Train Ticket + Tibet Tour” packages.  And we offer a whole package of Tibet ticket booking service to our tourists.

However, if you choose to start your journey from Xining you would get a higher chance to get a Tibet ticket, because there are 5 trains per day that go to Lhasa passing Xining to add passengers. You get more chances to buy tickets in hot seasons since there are 6 daily trains in total that must pass Xining every day.

The trains that get the best scenery view along the routes

Once the trains to Lhasa reach Xining, Qinghai Province, all of them follow the same route in the remaining 1960 kilometers to Lhasa via Golmud, Amdo and Nagchu. So the scenery is all the same along the Tibetan Railway.

Tourists get different chances of seeing the natural landscapes outside of the train windows as the time schedule of the train differs. Some trains offer more while some are limiting. The trains No.Z265 from Guangzhou and No.Z165 from Shanghai allow boarders more time to see the high Tibetan Plateau by providing more daytime ride. 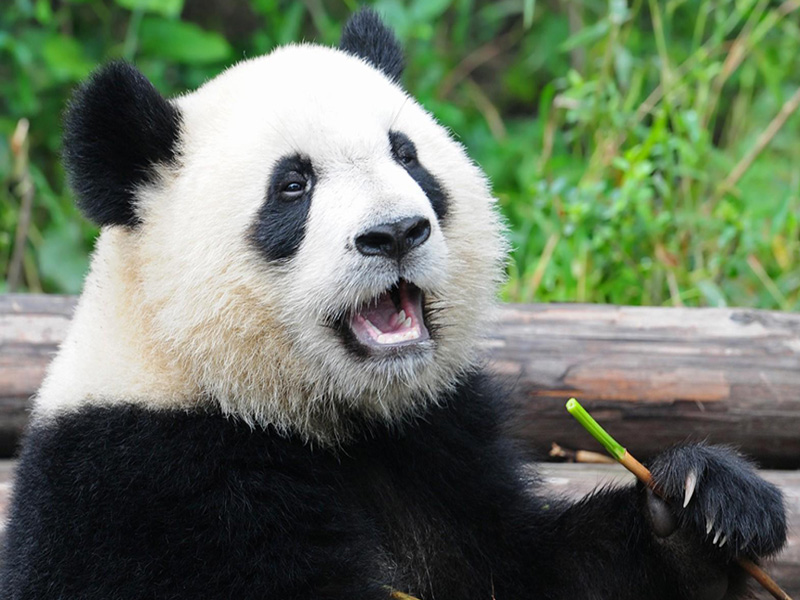 Top 3 Reasons Why You Should Take Tibet Train to Lhasa→

What is Saffron and Where to Buy Authentic Tibetan Saffron in Lhasa?