The Cultural Highlights of Tibet in 2016 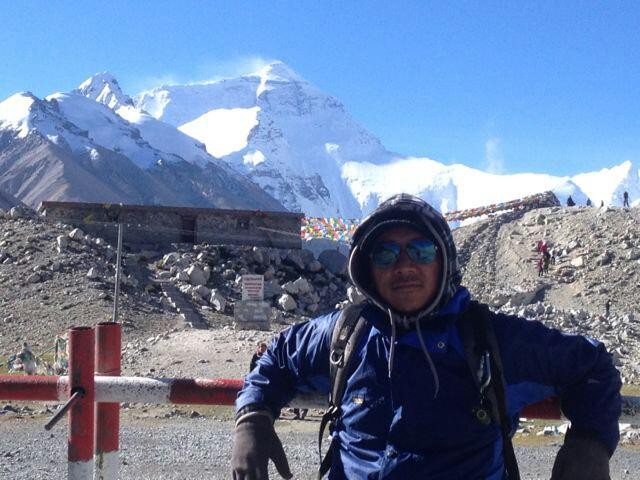 Lobsang Tsering, a celebrated guide with Tibet Vista, is posing for photos before Mt. Everest.

My Name is Lobsang Tsering. I was born in Kham area of Tibet and have been a tour guide for over ten years. I love my job very much for it brings me friends from all over the world and makes me happy, especially when I share them my knowledge about Tibet’s history, Tibetan Buddhism and Indian Buddhism. Here, I would like to introduce the cultural highlights of Tibet in 2015 to those who may be interested a trip to Tibet.

The official calendar in Tibet is Tibetan lunar calendar which harmonizes solar and lunar factors. A Tibetan year is composed of 12 or 13 lunar months that both starts and ends with a new moon. The full moon falls on the 15th day of each month. A thirteen month is calculated every two or three years occasionally so that an average Tibetan year is same as the solar year.

2016 is the year of Monkey, and pilgrimage or circumambulating around sacred temples, monasteries and holy mountains or lakes in such a sacred year is much more fruitful than any other years. Pilgrims can wash away all their sins and earn infinity merits. During Saga Dawa Festival, a grand festival in Tibetan Buddhism held in the fourth month in Tibetan calendar, the merits are further multiplied because the Lord Buddha was born, enlightened and passed away in this month.

Therefore, all corners of Tibet will be busy next year. Thousands of traditionally costumed Tibetans will do pilgrimage to all sacred places in different regions of Tibet. There will be children, teenagers, adults and elders who will do the same religious activities. People with prayers wheels in hand can be seen everywhere and the sound of murmuring mantras can be heard at any place. Monasteries, nunneries, temples and chapels will be full of incense smokes. Especially in lunar April, most sacred places will be crowded with followers of Buddhism, Bon, Hinduism and Jainism. All people will skip non-vegan meals and consume vegan meals for the whole month because it is more effective to do religion and goodness in this month, like avoiding harming animals and environment. The belief and faith that we have in Buddhism is non-defeat able even in this modern society.

Mt. Kailash in western Tibet is a holy mountain for Tibetans and is believed as the navel of the universe or the abode of the sky goddess Sipaimen. For Hindus, it is the home of the Shiva god and a symbol of his power symbol of OM. For Jains it is where their first lead was enlightened. Due to above religious reasons all followers of the above religions also do circumambulate the holy mountain to earn infinite merits and get rid of sins. It is popular for followers of both Bon and Buddhism to circumambulate the holy mountain on Saga Dawa Festival as a saying goes “one circumambulation around the holy Mt. Kailash on Saga Dawa, especially in the year of horse, is equal to thirteen times”. Thirteen circumambulations will wash away all the sins of a lifetime. Travelers can also gain many merits from a tour to Kailash in such a sacred year.

Moreover, we also follow the principle of prayers and wishes for all the sentient being. We believe that we will have a healthier and happier life by freeing domestic animals and doing some rituals for the animals on Saga Dawa Festival. We will also put a piece of cloth or a rope on the animals’ ear or body, which signifies that the particular animals are freed and no one dares to kill or catch those animals.

For more information about interesting tour events in Tibet, you can find some recommendation on Tibet Travel Org (www.tibettravel.org).