Guide to Gyirong, the Backyard of Himalayas

Initially a district located in the south western part of Tibet, Gyirong has been named as a county only as recently as 1960. The capital of the place is located in Zongga, which in the Tibetan language means ‘mud walls’. Gyirong is an exceptional region in Tibet owing to the wonderful climate it exhibits. It features a mild climate and surplus vegetation of both flora and fauna. Gyirong had come into existence due to the impact of the India Plate and the China Plate, leaving the middle portion of the Himalayas uplifted. Thus with this collision, the Gyirong region of Tibet had born. 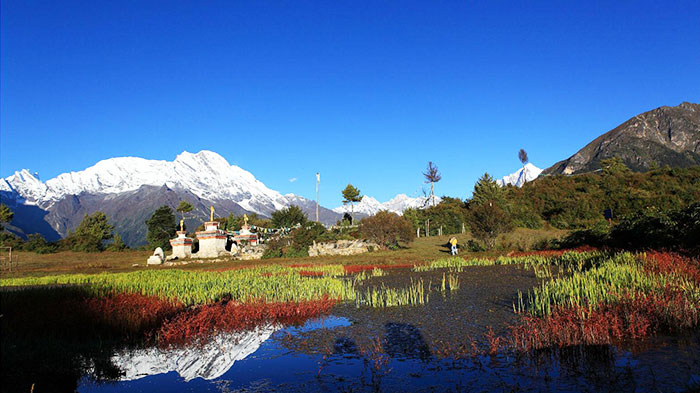 Gyirong - The Backyard of Himalayas

Gyirong has recently grown into one of the most major connecting routes between Nepal and Tibet. Owing to the immense earthquake that took place on 2005 and left Nepal devastated, the Zhangmu border or the Sino-Nepal border was also destroyed completely. As a result, Gyirong port has now become the major Sino-Nepal border that helps in its connectivity with Tibet. It has gradually grown into one of the most important gates strategically and also trade purposes. In this article, we are going to give you an overview of Gyirong region of Tibet and the minute details about its climate.

As has already been stated, Gyirong is characterized by a uniquely mild climate that is usually not observed in the other parts of Tibet. Being situated in the remote southwestern border of Tibet, it is also known as the ‘back garden of Mount Everest’ and is located deep inside the Himalayas. It is located at a distance of 490 km from Shigatse and therefore it is easier to travel Gyirong from Shigatse. Gyirong is divided into two portions-the north and the south. The southern part consists of gorge region and deep-cut alpines. The northern part of the Gyirong faces all types of rivers and lakes like Paiku Lake, Ling Lake, Yarlung river and lake basin of the plateau. 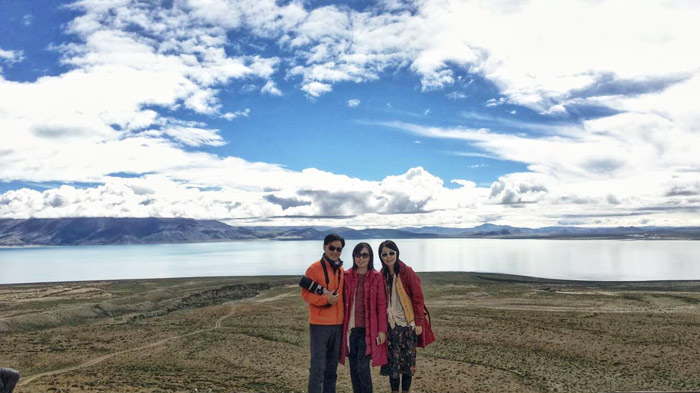 As the Himalayas intersect from eastern to the western side of the Gyirong port, they act as the natural guards against the northward flowing hot air from the Indian Ocean. Therefore the northern and the southern parts of the ridges of the mountains exhibit completely different climates. Semi-arid monsoon climate is experienced by the northern part of Gyirong region. It is type of a monsoon climate, which is the middle of the winter and summer climate. The temperature during the warm months ranges from 10 degree centigrade to 18 degree centigrade whereas in the winter time it might even drop to -10 degree centigrade. The average temperature throughout the year remains two degree centigrade. The rainfall measured throughout the year ranges from 300mm to 600mm as Gyirong faces humid continental semiarid climactic condition.

In the southern part of Gyirong, subtropical climate is experienced followed by mountainous monsoon climate. The average temperature of the year ranges from 10 degree centigrade to 13 degree centigrade. In the warm months, the temperature recorded is 18 degree centigrade. The rainfall throughout the year is recorded 1,000mm. The winter season in south Gyirong is characterized by the flow of drizzles. The winter is very short in span in this part of Gyirong. There are more than frost free days in south Gyirong. Therefore in Gyirong, there is no distinction of four different seasons. It mostly experiences a humid weather with crisp and short winters.

Therefore it can be concluded that the best time to visit Gyirong from Shigatse is during their summer months that range between June and September. Though the comfort remains throughout the year, during this time, the place is in full abundance of the natural beauty.

History and Society of Gyirong

As has already been mentioned, Gyirong was formed by the collision of the India Plate and the China Plate, which left the middle portion of Himalaya uplifted. Thus with this, Gyirong region came into existence and remained a bit isolated and obscure for a large time, being embedded within the Himalayas. Even in the seventh century, when Songtsen Gampo divided Tibet into five parts or the five ‘Ru’, Gyirong was still unknown. In the eleventh century, turmoil in Tibet resulted in the establishment of the empire by the warlords.

It was during this time that the hill occupied for their kingship was a portion between Zongga and Gyirong. Thus, after many more divisions and re-divisions, finally in the early nineteenth century, the Kashag government had set up four parts in Gyirong. These four parts came directly under the jurisdiction of the town of Shigatse. In around July 1960, the people in Gyirong formed their own government, being elected by the people.

In the history of Gyirong, many important diplomatic expeditions have been recorded. In Tyang dynasty, the famous political diplomat and explorer Wang Xuance once visited India through the famous Gyirong region. Gyirong is important even from the fact that it is here that the advent of Tibetan Buddhism took place. The statues of Sakyamuni and other Buddha were carried by princess Bhrikuti through Gyirong. Also Padmasambhava and Atisa started spreading Buddhism through here. Many sages gathered here and cultured the teachings of Buddhism.

Also it is believed that the first incarnated Rinpoche, Master Milarepa was born here. Also Gyiorng was once the capital of the famous Gongtang kingdom that lasted for several centuries. Even it was once the major battlefield during the time of the Qing dynasty, when Gurkhas invaded Tibet. Most of the major events in the history of Tibet have occurred through or in the Gyirong region. All the major religious, political and cultural advents have taken place primarily from Gyirong. Regarding the society of Gyirong, there is not much to mention except for the fact that the people here are cordial, polite and docile. Gyirong have remained obscure for many times and hardly a few people remember its importance.

Due to the destruction of Zhangmu, the previous Sino-Nepal Border, Gyirong has been made the new one. Therefore it is hoped that visiting this region will make people aware of its historical significance. People in Gyirong lead a very simple life. They practice Buddhism and remain engaged in their own mundane chores of life. No such disturbances have been recorded in Gyirong still now. So it can be said that Gyirong is inhibited by peace-loving people. They follow ardently the rules and regulations set by their government. They are also quite religious and have full faith and reverence towards their society and religion.

Flora and Fauna and Attractions in Gyirong Valley

As Gyirong experiences a hot monsoon climactic type throughout the year, the abundance of flora and fauna in this region of Tibet is remarkable. In the entire region of Gyirong valley, alpine bushes, peaks, villages and farms spread vertically along the altitude of the place. Many perennial flowers can be observed in this part due to the comfortable humid climate. Also not only the flora, the abundance of fauna can also be found here. 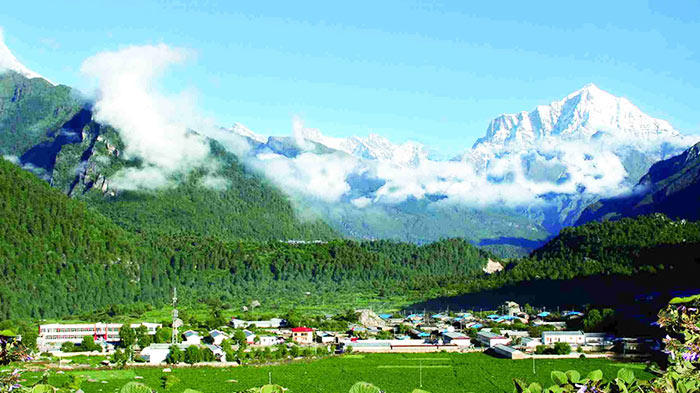 You can on one hand see the snow-covered mountain peaks and also the lush green meadows in the front. However besides the natural view of the place, there is other significant views also that the tourists can cherish here. Being one of the important regions for the advent of Gongtang kingdom, you will find important ruins over here. There is a ruin of a Gongtang kingdom palace, built entirely of mud or soil and natural stones. You will get to see the ruin of the temple known as Dolma Lakhang, adorned with the hadas or the prayer flags, still is an important site in the region. Though the temple is very old, it stands strong, carefully preserving all the histories and the cultural significance associated with it. 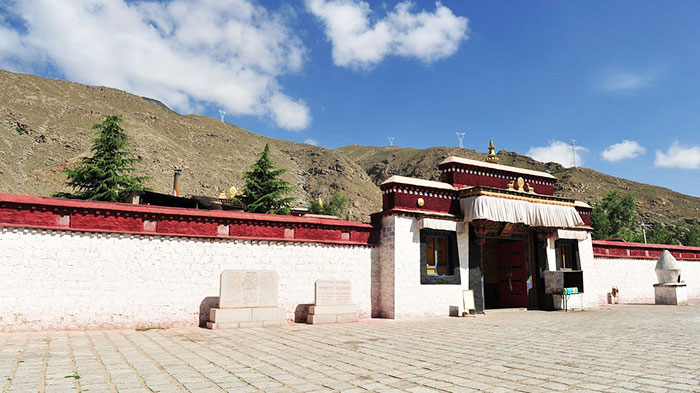 While you visit Gyirong valley, make sure to make a journey to Nitsun village at least for once. This village is not only a serene scenic spot, but it also offers some of the best panoramic views of the entire Gyirong valley. Also there are many cultural festivals associated with the village which you can witness and enjoy your time. Also once you enter the village, the villagers will welcome you with warm greetings. They will also provide you with some of the local foods to try with. Also you will be able to witness their mode of livelihood, perfectly balanced between farming and leisure time. 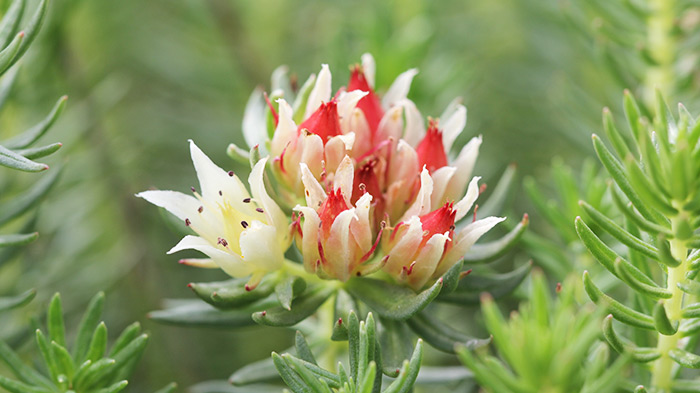 In the village, you will be able to get a fantastic view of the snow mountain of Rawobanba and Tiebi Peak. Amongst the wide variety of flora and fauna, the most special of them are the blood red Herba Rhodiolae, the small Cordyceps that stick out of the earth, the huge Ganoderma mushrooms and many such other varieties of plants. Here the plants have been observed to have unique life cycles, mode of growth and strange developments.

Thus, Gyirong can be rightly said to be a hidden beauty that waits with full surprises for you. Though Gyirong attracts lesser attention than the other important tourist spots in Tibet, in no way it is less happening and beautiful. From cultural, historical and charming scenic significances, it should be one of the most awaited places in Tibet.

0 Comment ON "Guide to Gyirong, the Backyard of Himalayas"