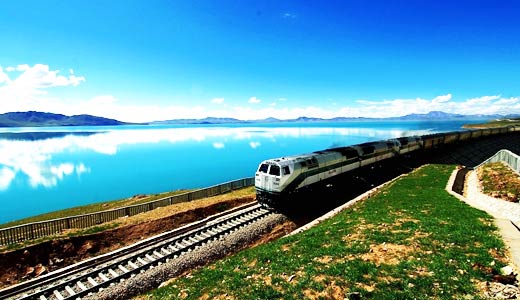 Riding a Tibet train to Lhasa has become a rather good choice of travelling to Tibet with the completion of the world's highest railway, the Qinghai-Tibet Railway which is also the only railway to Lhasa at present. Taking a train to Tibet is even the top choice for many foreign tourists to Tibet for a Tibet train tour is really so impressive both because of the breathtaking scenery along the Qinghai-Tibet Railway and the railway itself, the blue sky and white clouds, the grasslands with flocks and herds, snow-covered mountains, source of Yangtze River, Hohxil Natural Reserve, etc. Of course, enjoying the high-quality services on the best train in China is also a wonderful experience of travelling to Tibet by train.

Besides, it is also relatively cheap and convenient to take a train to Lhasa from other inland cities of China. At present, there are direct trains to Tibet from Xining, Beijing, Shanghai, Guangzhou, Chengdu, Chongqing and Lanzhou. Many trains to Tibet beginning from other cities will pass by Xining, Xian, Lanzhou or Golmud. Therefore, not surprisingly, Qinghai-Tibet Railway is so attractive for both domestic and foreign tourists to Tibet.

Trains to Tibet from Cities of China Mainland (2020) 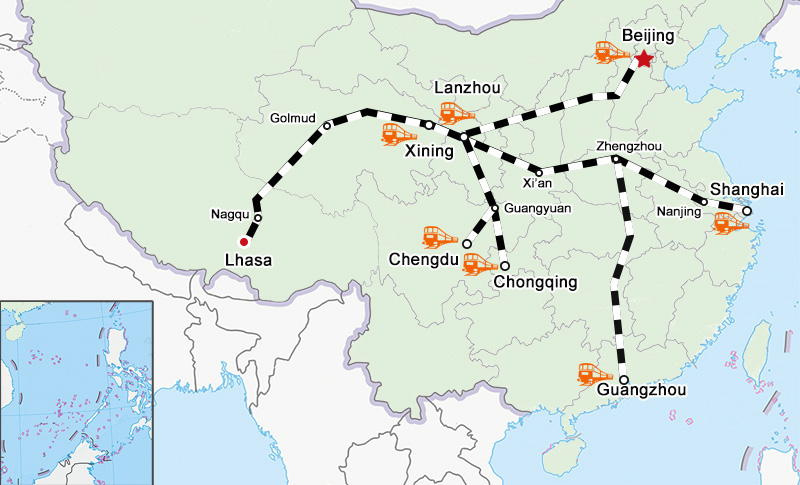 Find out the best Tibet train tour route for you:

The best places to start a Qinghai-Tibet train journey are from Beijing, Shanghai, Chengdu, Xining or Guangzhou. We picked out the HOT 5 Tibet train itineraries as following. Select your favorite, check more Tibet train tours or just tell us your trip plan.