In Tibet Autonomous region, there are seven prefectures and the Nagqu prefecture is the largest administrative division of the Tibet Autonomous Region. It has an area of 450,537 square kilometers with a well constructed and facilitated airport and a railway. The airport, Nagqu Dagring Airport is considered to be world’s highest altitude airport, standing at an elevation of 4,436m. The railway is the most famous Qinghai-Tibet Railway that passes through this region. 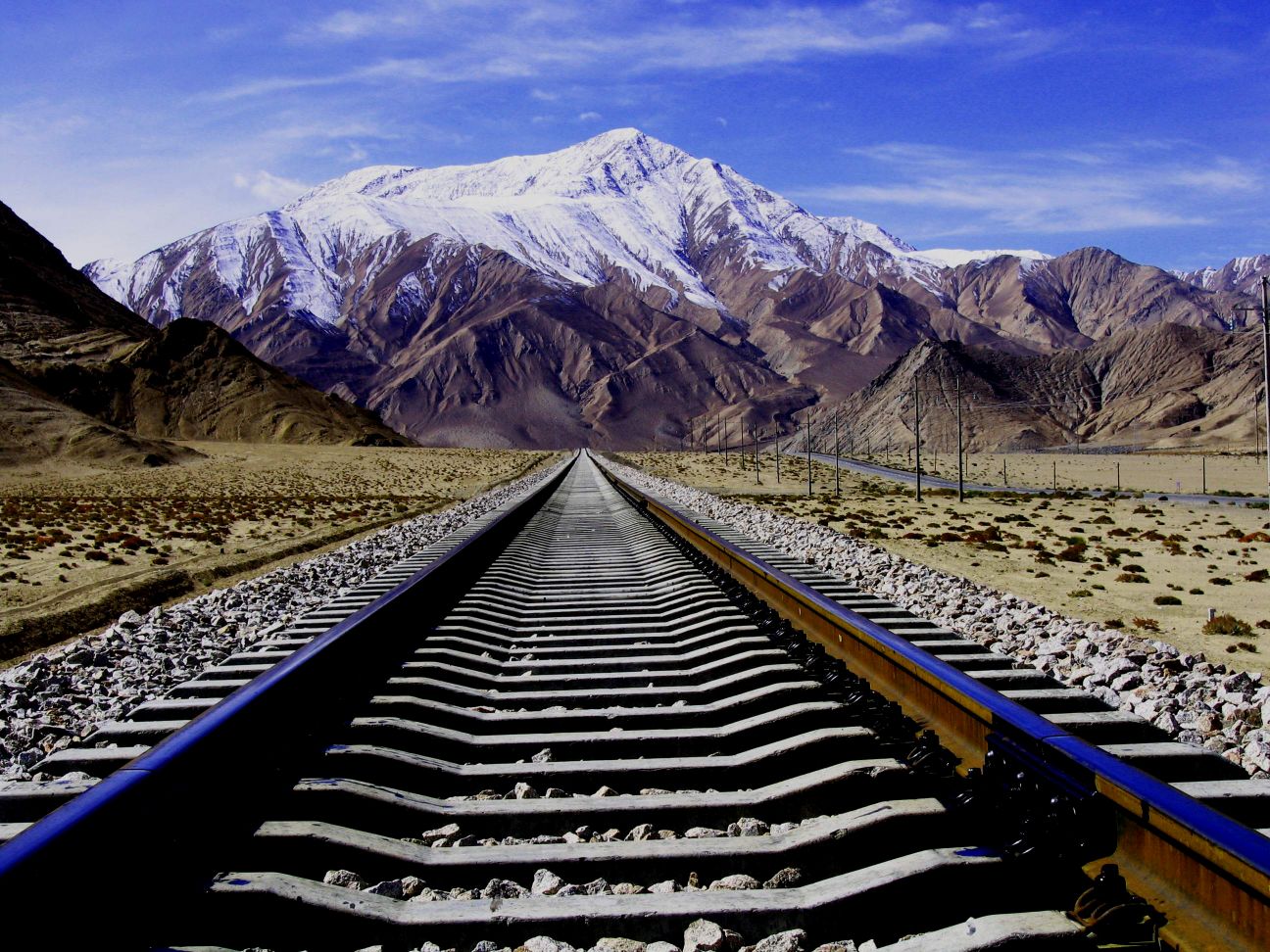 The Nagqu prefecture is divided into eleven counties. Even the capital of Nagqu town is located within Nagqu County. Nonetheless the population of this administrative division is very less, containing less than 400,000 people. It is mainly the abiding site of protected wildlife, unspoiled grasslands and the rural Tibetan culture with the residence of many nomadic tribes and cultures.

As has already been mentioned, Nagqu’s storehouse of ecological diversity is proved by the presence of Qiangtang Grassland. This grassland is also a huge nature reserve which is also the abode of many wild animals. The grassland has a spectacular view with the surrounding mountains and rivers. Lake Namtso, Lake Tangra Yumco and several of other lakes scattered on the grassland over the plateau. The grassland is so huge that it is said to cover one third of the area of Tibet. It is the largest grassland in China bearing an area of 250,000 square kilometers. The grassland is also a spot of attraction as it contains numerous hot springs and geothermal spots. However the main importance of the grassland is its reserve of several species of wild animals. Being uninhibited, it is the home of thousands of species of animals containing some rare species even. There are about 100,000 of Tibetan antelopes. Other species of animals include the wild yaks, wild donkeys, Bharals, white-lipped deer and many others. Snow leopards and grey wolves are also sometimes seen in this grassland. The place has become a small epitome of a self-sufficient ecosystem from the early twenty-first century. But due to increasing tourism in this region, many parts of the grassland have been damaged. 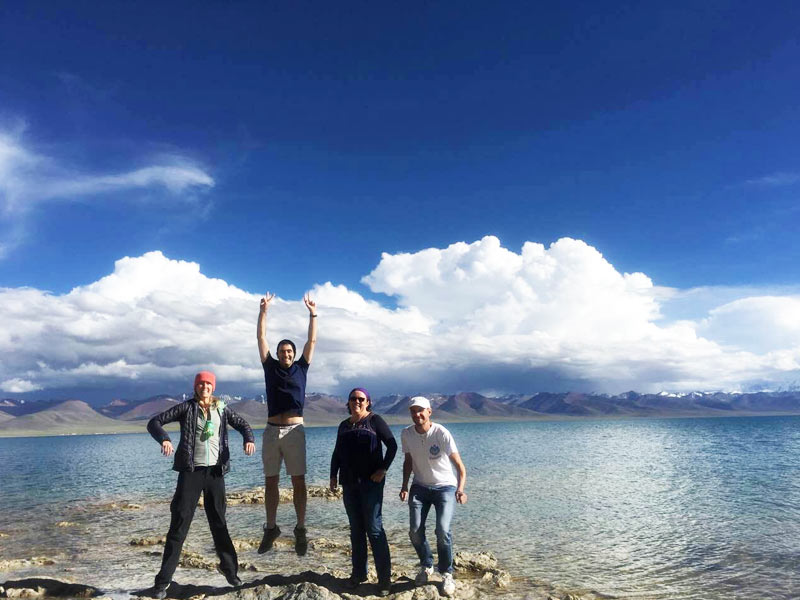 As a result, the animal population is thinning at an alarming rate. To avoid this pebbles are aligned to signify the track of road. It is extremely important to respect and abide by the rules and regulations of the place. Being situated at an altitude of 4,500m, the best seasons to visit the place are May, June, July, August and September.

Nagqu despite being the largest administrative division of Tibet Autonomous Region is sparsely populated. It is mainly the home of some authentic Tibetan nomadic life or rural life. The Qiangtang Grassland of Tibet is not only the home of many wild species but it is also a roaming spot of these nomadic tribes. The Changpa, mainly the northern nomads roam freely in Qiangtang Grasslands. The northern nomads gallop the horse

Because of the infertile soil, the grassland is usually avoided by the farmers. As a result of this, the nomads frequent it as their livelihood depends upon the animals. Their work mainly is to change pastures to take advantage of the long-grown grasses. During the dry seasons when grasses do not grow, they earn their living by converting milk into cheese and butter. They also trade in meat, salt, wool, unprocessed cashmere and animals for other things such as sometimes grains, metal tools, cooking utensils or other modern equipment. Visiting Tibetan Nomads’ Family on the way to EBC

These nomads usually stay in colourful tents. The presence of colour can be observed as they dress in brightly coloured apparels and the women wear coloured jewellery. Both the nomadic men and women are equally strong and hardworking. They pass their leisure time by singing some rural folk songs whose melodies are haunting yet heart touching.

The famous Nagqu horse-racing festival occurs in mid-August in each year. Though the name of the festival is horse-racing, it also involves yak races, tugs of war, staging of Tibetan Operas and trade fairs. Other recreational activities loaded with authentic Tibetan food are also present. In this festival the nomads trade all their handmade materials and food products like cheese and butter along with unrefined Cashmere and wool. The tourists get a pure and near most glimpse of true nomadic life of Nagqu. The Nagqu Grassland gets elaborately decorated with colourful tents and flags and clear horse tracks are drawn throughout the area. The place gets so crowded that it seems that as if a whole city has come up into the Grassland. There are not only normal racing of the horses but some Tibetans even show great skills like picking up Hada scarves as many as possible while galloping on a horse back. Further a vivid exhibition also takes place during this time along with Buddhist and religious activities.

2. Catch a Glimpse of Siling Tso

Siling Tso is world’s highest lake located at an altitude of 5,386m. It is the second largest lake after the famous Namtso lake in Tibet. Siling Tso is located at a tundra region of a very rigid natural condition in the south of Qiantang Plateau.

The history behind the naming of this lake is very enamoring and almost like any fairy tale. In the Tibetan mythological legend, Siling was a devil who used to devour thousands of animals and human beings. One day Padamasambhava chained him to the lake and commanded him to stay within it and therefore the people believe that he still stays there. Hence they named the lake as Siling Tso or the lake of Siling. The charming scenic beauty in the backdrop of numerous species of animals is indeed mesmerizing. 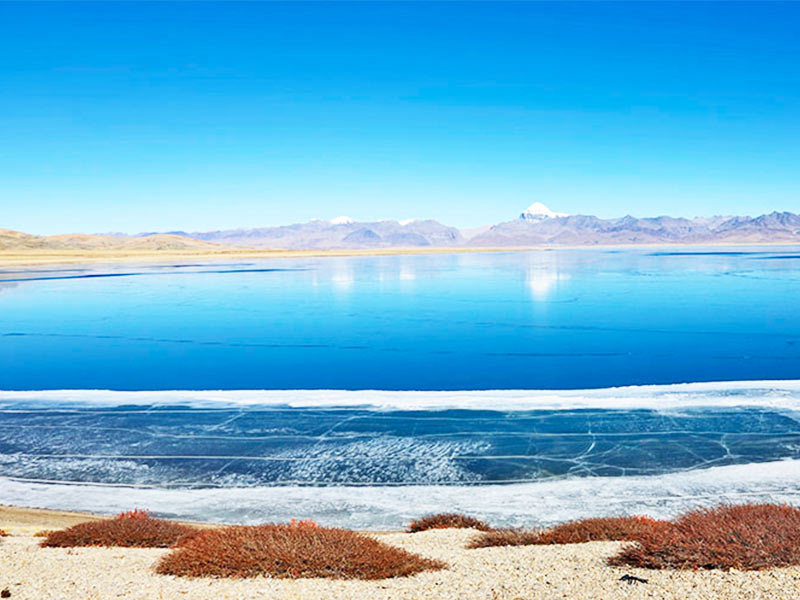 But the lake also holds other important places that charm the tourists to a great deal. Located near the lake is Geladandong Serac also known as the ‘masterpiece of nature’. During the winters the area becomes a wonderland of crystal white snows. However when summer comes these snows vanish and a vast grassland with colourful flowers are observed. Other than this, the Purog Kangri Glacier demands a visit for some moments in the least. The whiteness of the glacier especially against the backdrop of setting sun or rising sun reflects the beauty of newly cut diamond. Except for these, there are Shenzha nature reserve and the mesmerizing beauty of yet another lake Tangra Yum tso.

As has already been mentioned, a great visiting site near Siling Tso is the Tangra Yum Tso. Located in the southwest of Nyima County, it is a holy lake of Bon sect. It is located at an altitude of 4,530m with a length of 70km and a width of 15-20 km. It is a conjectured notion that the water of the lake changes into different colors a day. The presence of some red cliffs around it makes it an enigmatic region of Tibet. The water of the Tangra Yum Tso changes into different colors a day.

The main attraction is the scenic beauty of the place with a lake in middle and seven mountain peaks with snow covered tips. There is a village located, known as the Wenbu village but this village is extremely lowly populated with one person per square kilometers. The people of the village mainly live on agriculture. The Yuben Monastery constructed in a cliff cave is considered to be the oldest monastery of the Bon civilization. This monastery is a storehouse of historical facts and charms and is also a great tourist attraction. 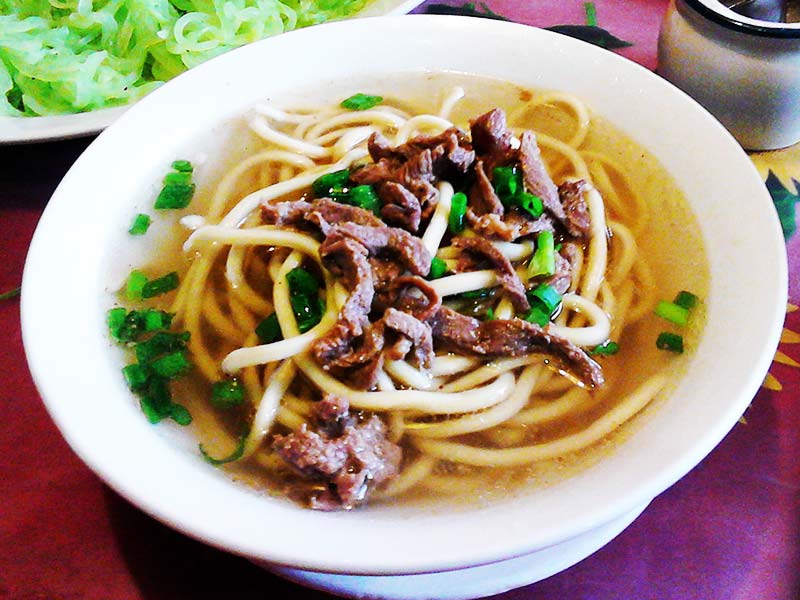 The authentic Tibetan noodles and air dried mutton that are great treats to the tongue must be savored while witnessing the view of the peaks and the changing color of the lake water against the backdrop of sunrise or sunset.

The Nyenchen Tangula mountain range is a famous tourism spot of Tibet. Located at an altitude of 5000 to 6000m, it is one of the largest peaks in Tibet, almost always being snow-capped and mist covered. It is a 600km long range, dividing Yarlung Tsangpo river from Quiantang plateau. A couple was walking by the lake at Namsto.

The peak has a main attraction because of the alluring facilities of adventurous trekking journeys. Also the scenic beauty of the range is enough to charm the tourists. The range also provides a sneak peek of holy Namtso lake. This mountain range is considered to be one of the holiest peaks of Tibet. It includes a kora, a tourist hiking and provides a mesmeric view of most authentic Tibetan scenic beauty.

6. Explore the Relics of Xiangxiong Kingdom

The Xiangxong kingdom was the earliest civilization in Tibet. The name when translated from Tibetan means ‘the land of Roc (a type of huge bird)’. This relic is located in the western Tibet, in the Nagari prefecture. The Ngari prefecture has opened many routes to get a view of this relic. This kingdom flourished during 7th century, even before the rise of the Tobu kingdom. They mainly lived on animal husbandry and livestock rearing. They also made an alliance with the famous Tang Dynasty of Tibet. However with the increasing influence and population of the Tobu race, this Xiangxong kingdom had been swept out almost in a night in the 8th century. 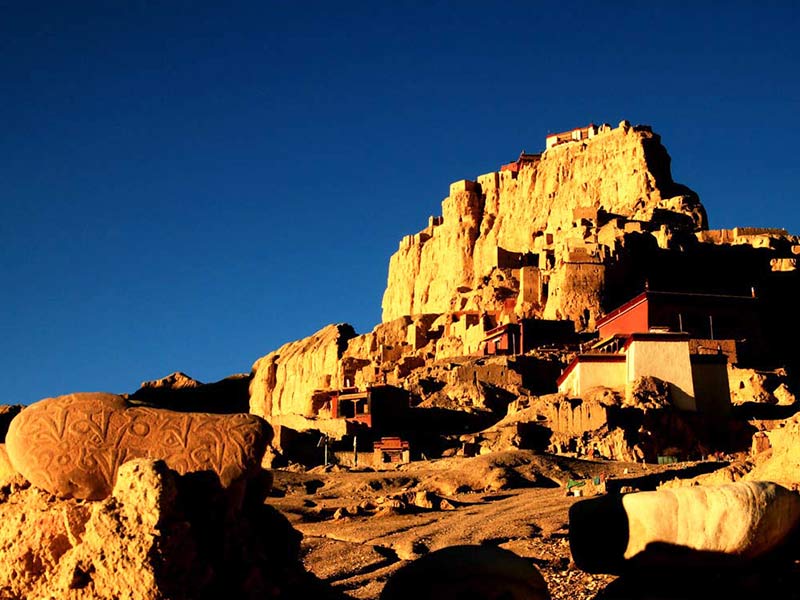 The Xiangxong kingdom was the earliest civilization in Tibet.

While the greater part of the relics is present in Ngari prefecture, a small portion is present in Nagqu, near the Ombu office. It contains mainly caves carved out into the Daguo Mountains, covering about one square kilometers. It also contains some old trees and caves in the surrounding cliffs.

This monastery is also a famous tourist attraction of the Nagqu area. Built on the top of Yaladuo Mountain, it looks like another version of the famous Potala Palace. This monastery is affiliated to the famous Drepung Monastery of the Gelugpa sect of Buddhism. This monastery also contains a white palace and a red palace. The red palace is used for holding religious activities and worship of Buddha whereas the white palace is the living area of the Lamas. There are many figurines of Buddha, murals and scriptures, cultural relics and artworks present within the palace. However the major attraction is the ceremonies and festivals that this palace holds on every May, July and December of the Tibetan calendar.

How to visit Nagqu-a basic itinerary

Nagqu is usually visited from Lhasa. It is the easiest pathway. You need to carry Tibet Travel Permit, your passport and Chinese Tourism Visa. After arriving in Lhasa, take a day or two off and visit Barkhor street, Potala Palace, Jokhang temple and other important regions. Then it is a 5hours drive from Lhasa to Nagqu.