Tibet has always been a mysterious land for outsiders for many years. In recent years more and more tourists has plunged into Tibet for a tour as the Qinghai-Tibetan rail way formally open to traffic. Except its age-old religious cultures, many aspects of Tibetan life are gradually unveiled to people from outside. Many tourists may curious about how do Tibetans plan their daily life.

Normally, a typical citizen in Lhasa would spend their days on three activities. The 1st one would be spinning the prayer wheels, and then they would enjoy the sunshine under a blue sky. Most time of a year Tibet has a bright clear sky so there are bountiful days with warm sunshine. The third activity would be drinking sweet tea. Now we’d like to give you a brief introduction about the ways how do residents in Lhasa arrange their daily life.

Spinning the prayer wheel is the main activity for most Tibetan Buddhism believers and the local Lhasa dwellers. There are many routes in Tibet for the practitioners to take on a worship pilgrimage in the meanwhile spin their prayer wheels along the roads. In Lhasa, there are three traditional circles for such a pilgrimage journey. They are Nang Skor Circle, Ling Skor Circle and Bar Skor Circle. The reason why such routes are called as “circle” is that all these three routes are ring-shaped and believers have been creeping their way during their pilgrimage to find their spiritual nirvana in Lhasa. Nang Skor Circle: This route is located within the Jokhang Monastery, circling the main shrines of the temple. Along this route against the shrine walls, there are over one thousand of prayer wheels. When the Buddhist believers creep their way forward, they would stand up to spin these prayer wheels. In this way they will complete the whole route. They are so pious in the process that they always shock the tourists from every part of the world. Bar Skor Circle: This is the street that circles the Jokhang Monastery. Tibetans consider this street as the “holy route”, a passage to their spiritual elevation and a renowned circle for spinning the prayer wheels. It is built at the beginning of the 7th century and with the elapse of the time it evolves to be a pedestrian street selling wares with distinct Tibetan characters. The street is about two kilometers long and is a combination of what is religious and temporal, mysterious and realistic. The Tibetans believe that a pilgrimage along this street equals a journey covering the whole Tibet. Ling Skor Circle: The longest route for spinning the prayer wheels. In the early times, the route encircled around the whole Lhasa city, passing the Jokhang Monastery, the Ramoche Temple, the old city proper and finally the Potala Palace. This is an old route mostly known to the elders. From morning to dusk, you could see many old pious believers knelt to the Budas along the road to pray for good lucks and wishes.

The above listed are three traditional routes for spinning the prayer wheels for the dwellers in Lhasa and most of the Tibetan Buddhism believers. For those residents in Lhasa, pilgrimage journey in these three routes composes their main activities for their routine life. But it is not the solely activities they do. The Lhasa citizens also likes enjoying the sunshine, and this habit is formed due to their special geographic conditions.

Enjoying Sunshine in the City of Sunlight In a clear day, tourists may notice that many local Tibetans are out of their doors to bask in the sun. It is a way to spend their daily time. The topography of the Tibetan plateau makes this possible. Tibet is a region with the most sunshine in China or even in the world. The hours of sunshine here is much longer than those at other plateaus or in the coastal cities at the same altitude (about 3005 hours in a year in Lhasa while 3230 hours in Shigatse prefecture). Thus Lhasa and Shigatse are both called the City of Sunshine. 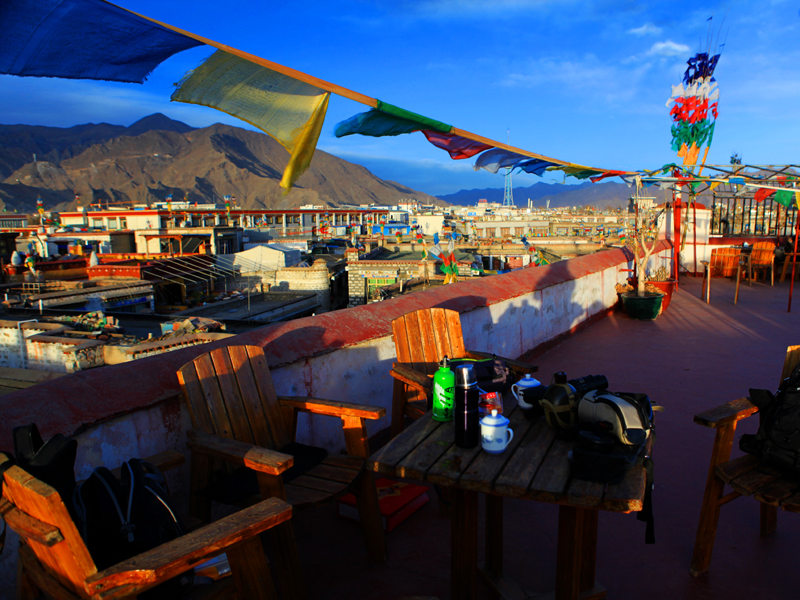 Enjoying Sunshine on the Roof

The purpose of basking in the sun is not only to drive the coldness of the air but also to embrace the peace and tranquility the sunshine brings. In the sunshine Tibetans could communicate with each other, talking some anecdotes around them in a joyous atmosphere. In the meanwhile some industrious women would do handicrafts during the talking. In sunrooms, the Tibetans would drink the butter tea or the sweet tea, which are boiled by the solar cooker and eat Tsampa; the whole family would relax themselves in a harmonious and warm atmosphere. It is really a good way to spend their time. 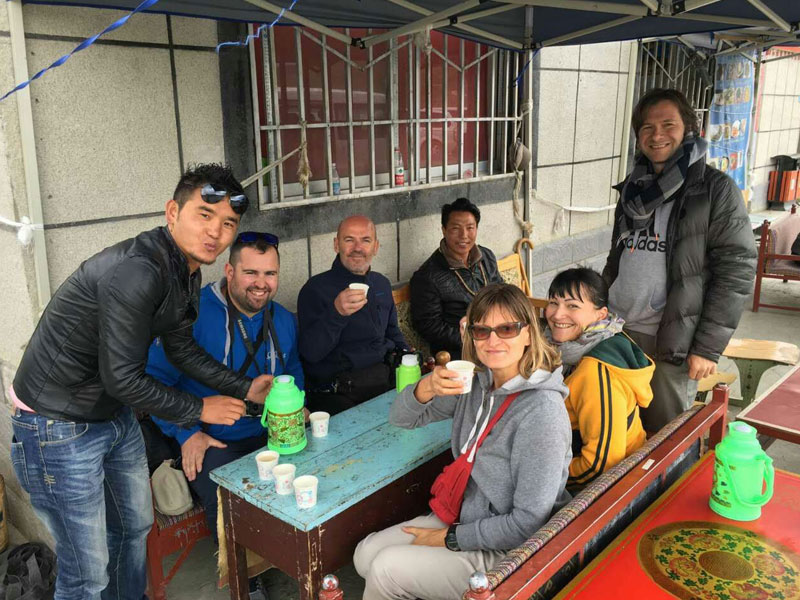 Drinking sweet tea is another major activity among the people in Lhasa. There are many tea houses in Lhasa city proper. The atmosphere in the tea houses is bustling with many guests coming and going. To drink sweet tea has been a lifestyle, a part of their lives for the local residents. A typical day for a Tibetan would start from spinning the prayer wheels in the morning and have a drink of sweet tea in the tea house in the afternoon. In fact, tourists may find that sweet tea houses scatter everywhere in Lhasa. The most renowned ones are: Guang Ming Gangqiong Tea House and Guang Ming Tea House. 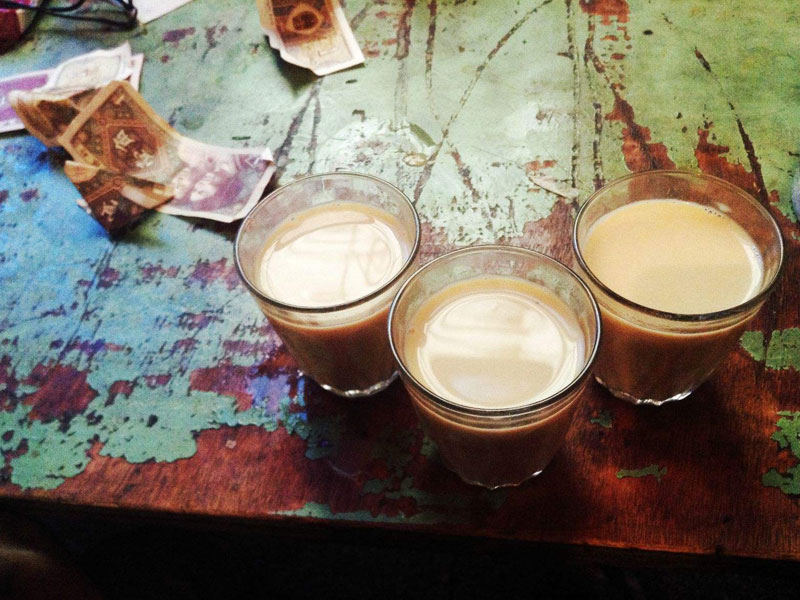 As a tradition, the tea houses would open at nine in the morning and close at seven o ‘clock in the evening. The patrons of the teahouse are from all walks of life. There are the old and the young, the male and the female, the local residents and tourists from outside, and those who come to the tea house just wants to spend their spare time. As for the origin of the Tibetan sweet tea, there are various versions about it. Some say that the Tibetans’ habit of drinking sweet tea is heavily influenced by the customs of India and Nepal, for both countries are the hometowns of sweet tea, while some others say that such habit was the legacy of the British invasion of Tibet.

In a word, most Tibetans would choose to spend their time in spinning the prayer wheels, bask in the sunshine and visit tea house for a chat. This is the way of their traditional life and how life should be in their eyes. Tourists from outside would see this as an artistic romance, for them, this is the truest life in Lhasa and what life should it be there. Come to Lhasa and let’s treat you a cup of sweet tea here. Toilets in Tibet – Small yet Matter Big to Your Tibet Tour