There are 34 stations between Golmud and Lhasa, to provide travelers better opportunity to enjoy the stunningly beautiful scenery along the Qinghai-Tibet Railway, scenery-viewing platforms have been erected at nine of the railway stations: Yuzhu Peak Station, Chumaer River, Tuotuo River, Buqiangge, Tanggula Mountain, Lake Namtso, Nagqu, Damshung, Yambajan. During the daytime, visitors can enjoy the fantastic views around these areas and take photos on the platforms. However, ordinary trains to Tibet usually do not stop at these stations. Only the tourist train from Xining to Lhasa would stay for around 15 minutes in each station.

Located 4159 meters above sea level, Mt. Yuzhu Station is the first sightseeing station on the Qignhai-Tibet Railway. Yuzhu Peak with an altitude of 6,178 above the sea level is the main peak of the Kunlun Mountains. Standing on the sightseeing platform, travelers can admire the snow-covered Mt. Yuzhu and the glacier in the east of the sight-viewing platform, even in summer. Yuzhu Peak is one of the highest peaks in the Kunlun Mountains, the biggest mountain system in China.

Then looking towards the south-west, travelers will be amazed by the Hoh Xil unpopulated area, where over 100 rivers and rare wild animals such as Tibetan antelope, yak and wild donkey can be seen. Other scenes such as jokuls (mountains covered with ice and snow), gorges, stone forests, and salt flats can be enjoyed.

The Chumaer River station is the second sightseeing station on the railway to Tibet. It is situated at a vital point on the route of the Tibetan antelope migration path. To avoid disturbing their migration, the 2,565 meter long Chumaer River Bridge, with 78 bridge holes, was constructed for wild animals to pass below. Flocks of pregnant antelopes trek from the east part of the Kunlun Mountains via this area and head further west to the hinterland of Kekexili to give birth to their offspring during summer. 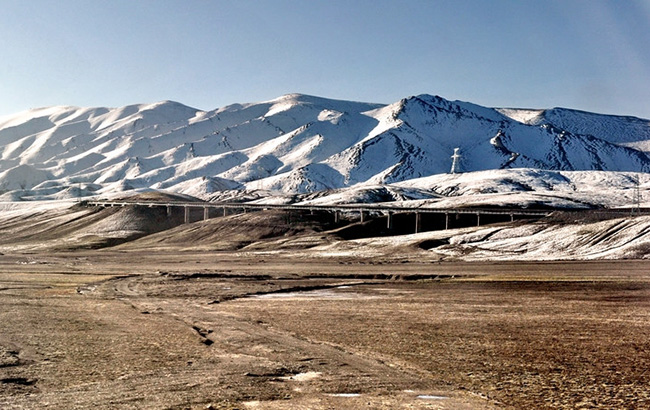 Looking north, travelers may get a glimpse the Qingshuihe Bridge and the Wubei Bridge. The 11.7 kilometer long Qingshuihe Bridge is the world’s longest railway bridge. Both the two bridges were built with passage arches for animals. The natural scenery around the Tuotuo River in winter is unique and amazing, with bamboo-shaped ice bars, ice-bridges, icy lakes and so on. Moreover, you may be lucky enough to see yaks drinking water beside the river or trying their best to fill their stomachs in summer.

Standing on the sight-viewing platform at Buqiangge railway station, travelers can enjoy charismatic scenery of vast plateau meadows, grasslands, and grand snow-capped mountains. The natural features are well presented in this area, as designers of the Qinghai-Tibet Railway gave full consideration to environment protection. 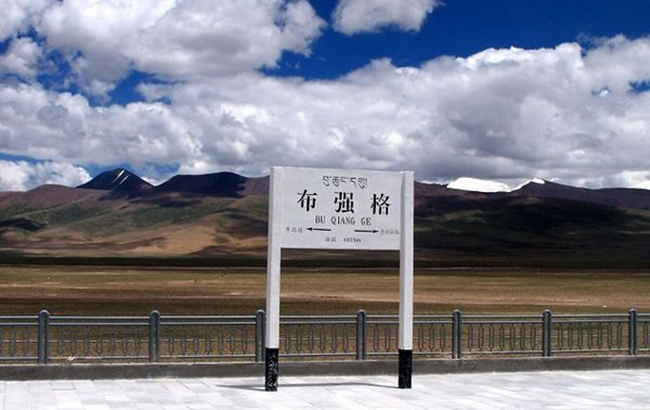 The Tanggula Station is famous as the highest railway station in the world. Standing on the sightseeing platform, travelers will be amazed by the charismatic scenery of the Tanggula Mountain covered with snow all the year around, the vast plains, the highland lakes, the Tanggula River and glacier. Cuona Lake is the nearest lake to Qinghai-Tibet Railway, with a distance of less than 100 m at the closest point, so travelers can get a fantastic view of this majestic alpine lake when standing on the sightseeing platform. The lake, like a glittering blue pearl among the vast grasslands, reflects the blue sky and the fluffy white clouds. Around the lake is the famous Qiangtang Nature Reserve where the Tibetan yak, donkey, snow leopard and others live. Flocks of cranes, mandarin ducks, swans and other wild animals can be seen in, and near, the lake.

The Cuona Lake is also a holy lake for the Tibetan people, just like the heavenly lake Namtso. Travelers may get a chance to see believers coming to worship at this revered sight.

Standing on the vast Qiangtang plain, the Nagchu railway station offers splendid sights of clear blue sky, crystal lakes, expansive plains, flocks of wild birds and the magnificent jokuls. If you travel to Tibet in early August, you can get off the train here and to enjoy the annual Nagchu Horse Racing Festival, which is held on the Qiangtang Grassland. When you arrive at Damxung, which is known as the 'the north gate of Lhasa', you are almost at your destination. But do not miss the breathtaking grassland scenery stretching all the way from Nagqu to Damxung. It is easy to see grazing sheep and yaks on the grassland. In addition, the Damxung railway station itself is also a site worthy of your visit. It is regarded as the most characteristic Tibetan style architecture along the railroad. This is the last sightseeing station on the railway to Tibet. Travelers will be surprised to see hot gases rise from the earth through natural outlets when arriving at Yangpachen, which is just over 90 kilometers away from Lhasa. It is a place rich in geothermal energy and hot springs. The hottest namma hole (a natural well in a rock) in China, and the largest thermoelectric power plant in the country are situated here. As the hot spring contains hydrogen sulphide, the water has a beneficial effect on many chronic diseases; hence many tourists come here to enjoy its therapeutic and medicinal water. Because it is comparatively cold in the morning, heated gases issue from the earth, creating a peculiar and spectacular scene. With jokuls and the glacier located to each side of Yangpachen, bathing in the hot spring is a special sensation, particularly in winter.