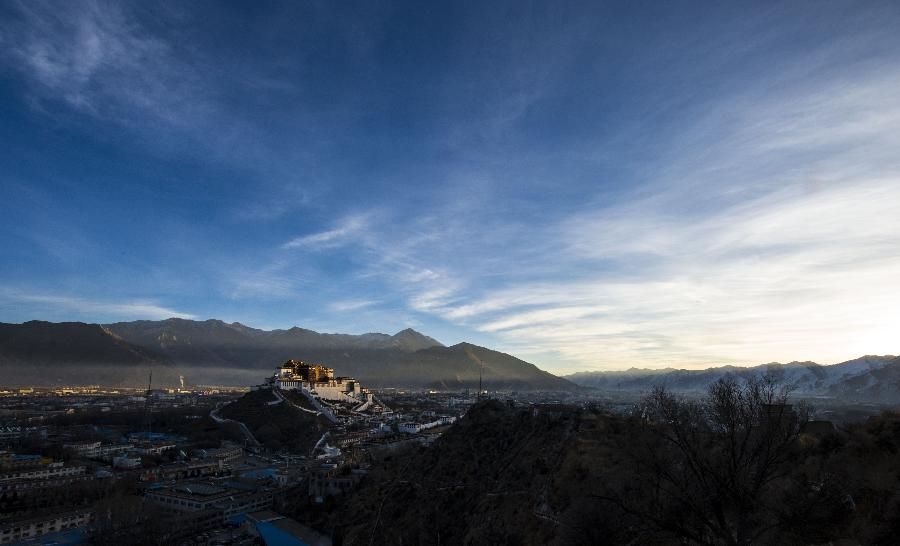 The Potala Palace at dawn, shot on the Chakpori Hill, Lhasa. Situated in the red hills of Lhasa, the Potala Palace is considered as the pearl of Tibet. It combines the functions of a palace, castle and temple into one magnificent building. In 1961, the Potala Palace became designated as one of the first batch of key national cultural sites by the State Council, and later became listed on UNESCO’s list of the World’s Cultural and Natural Heritage sites in 1994.