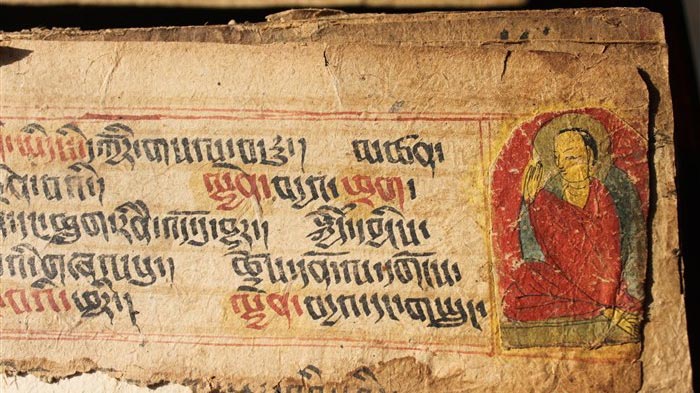 For political reasons, the dialects of central Tibet (including Lhasa), Khams, and Amdo in China are considered dialects of a single Tibetan language, while Dzongkha, Sikkimese, Sherpa, and Ladakhi are generally considered to be separate languages, although their speakers may consider themselves to be ethnically Tibetan. The standard form of written Tibetan is based on Classical Tibetan and is highly conservative. However, this does not reflect linguistic reality: Dzongkha and Sherpa, for example, are closer to Lhasa Tibetan than Khams or Amdo are.

The Tibetan languages are spoken by approximately 6 million people. Lhasa Tibetan is spoken by approximately 150,000 exile speakers who have moved from modern-day Tibet to India and other countries. Tibetan is also spoken by groups of ethnic minorities in Tibet who have lived in close proximity to Tibetans for centuries, but nevertheless retain their own languages and cultures. Although some of the Qiangic peoples of Kham are classified by the People's Republic of China as ethnic Tibetans, Qiangic languages are not Tibetan, but rather form their own branch of the Tibeto-Burman language family.

Classical Tibetan was not a tonal language, but some varieties such as Central and Khams Tibetan have developed tone. (Amdo and Ladakhi/Balti are without tone.) Tibetan morphology can generally be described as agglutinative, although Classical Tibetan was largely analytic.

The vowel "a" must be pronounced like the "a" in father-soft and long, unless it appears as ay, in which cast it is pronounced as in say or day. Note that words beginning with either b or p, d or t and g or k are pronounced halfway between the normal pronunciation of these constant pairs (e.g., b or p), and they are aspirated, like words starting with an h. A slash through a letter indicates the neural vowel sound uh.

Tibetan grammar describes the morphology, syntax and other grammatical features of the Tibetan language, the language and dialects of the Tibetan people spoken across a wide area of eastern Central Asia. Generally considered a member of the Tibeto-Burman language family, typologically Tibetan is classified as an ergative-absolutive language. Nouns are generally unmarked for grammatical number but are marked for case. Adjectives are never marked and appear after the noun. Demonstratives also come after the noun but these are marked for number. Verbs are possibly the most complicated part of Tibetan grammar in terms of morphology. The dialect described here is the colloquial language of Central Tibet, especially Lhasa and the surrounding area, but the spelling used reflects Classical Tibetan, not the colloquial pronunciation.

Tibetan verbs are composed of two parts: the root, which carries the meaning of the verb, and the ending, which indicates the tense (past, present or future). The simplest and most common verb form, consisting of the root plus the ending-ge ray, can be used for the present and future tenses. The root is strongly accented in speech. In order to form the past tense, substitute the ending -song. Only the verb roots are given in this glossary and please remember to add the appropriate endings.

The following are some useful Tibetan words that you might use during traveling Tibet.

If you are planning a Tibet tour, Tibet travel advice offers abundant tips.