Drinking sweet tea is not only a deeply-rooted custom in Tibet, but also forms an integral part of local Tibetans’ favorite pastime. Wherever you are, pastoral areas, small villages or big cities, as long as you make a visit to a Tibetan family, you will be warmly received with tasty sweet tea for hospitality. 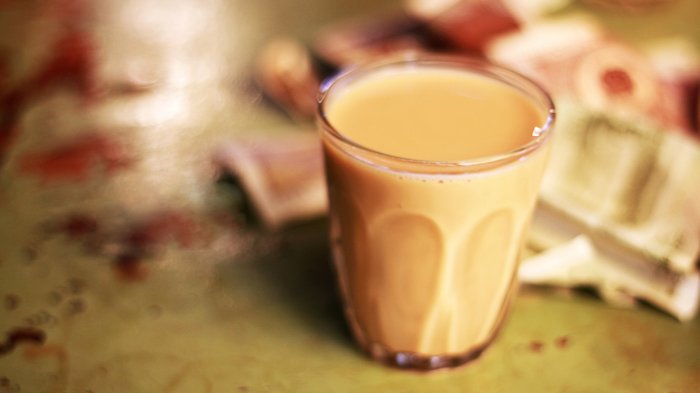 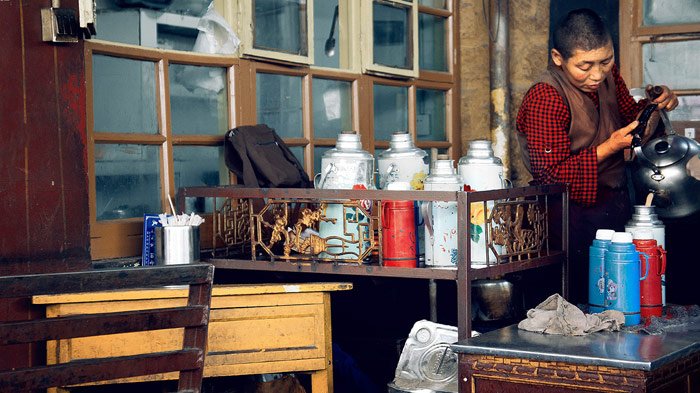 No matter which account is correct, so far sweet teahouses are so pervasive in Lhasa city that tourists can easily find a couple of them on any streets. Like famous Tibetan butter tea, sweet tea has an irreplaceable place in Tibetan folk culture.

The process of sweet tea making is extremely simple, so are its main ingredients which consist of powdered milk, black tea and sugar. The black tea can either be domestic black tea or Nepali one. As to sugar, it can be refined white sugar or black sugar. And you may either fresh or powered milk for cooking. 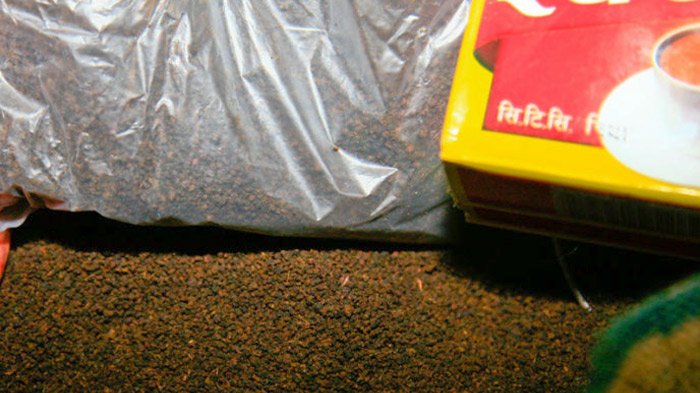 Step one: Boil Black Tea
Put the black tea into a specially-made cloth bag used to filter the unwanted substance from black tea, and later put the bag into the boiling water for around 5min.

Step Two: Mix Powdered Milk with the Tea
Put the powdered milk into the mixer and add tea for mixture. And the trick is using different kinds of milk can have better taste. Later stir the tea and remove the foam on the surface.

Step three: Add Sugar into the Tea
Add sugar into the tea and evenly stir it. The tea must be fully boiled. Then, after 5-6min, everything is done.

Interestingly, although many tourists may find it hard to get used to the salty butter tea, almost all of the global tourists are big fans of refreshing sweet tea. And drinking sweet tea and tasting local Tibetan food in Tibetan sweet teahouse become one of the most direct ways to experience exotic Tibetan culture while touring Lhasa. Amid the large numbers of sweet tea houses in Lhasa, three are highly recommended for tourists to stop by. 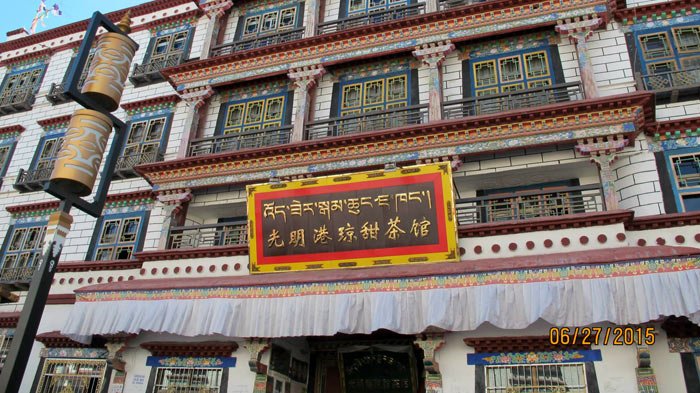 Probably to your great surprise, there is no waitress or waiter to greet you at the entrance. You get your own tea cup and find a place to sit. After you put your money on the table (usually 0.7 CNY/ cup) and soon a waitress will come to you and fill your cup with refreshing sweet tea. Once you finish one cup and just repeat the same move, and she would come again and refill the cup. 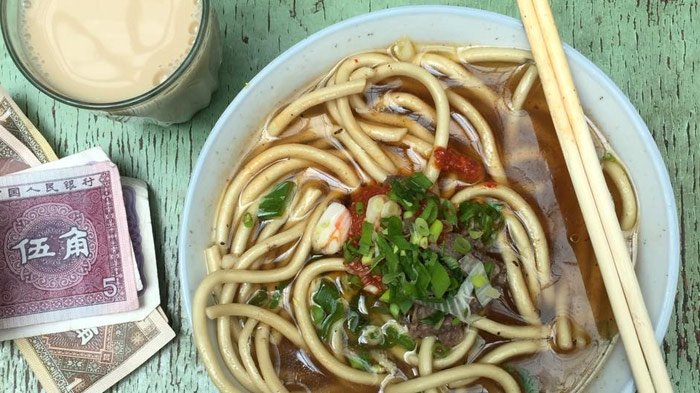 As you sit in bustling teahouse and look around, you are literally surrounded by plenty of local Tibetans and international tourists. Many elderly Tibetans would have a rest in this sweet teahouse after Barkhor Kora. With their face overflowing with religious devotion and happiness, they keep chanting the Buddhist mantra and spinning hand-held prayer wheel on their right hand. You will be deeply impressed with how harmonious the religious and secular life blends with each other for locals Tibetans. 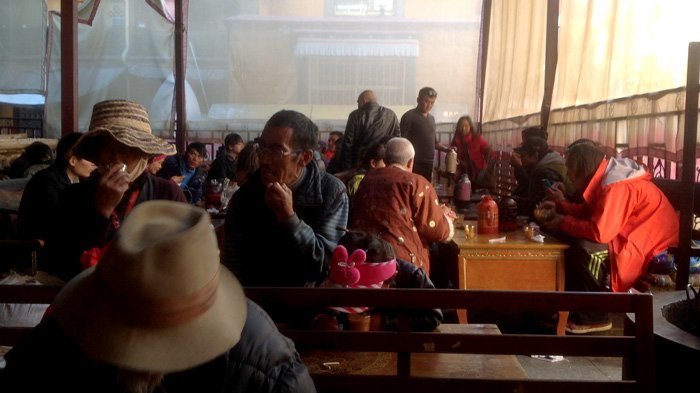 If you only come for sweet tea, there is no need to buy ticket for visiting Tsamkhung Nunnery. Tea tables are set in orderly fashion under the beautiful tent. You spend around 5-7 Yuan for a pot of sweet tea and then sit back and sip your sweet tea. Sporadically, a faint of Buddhist mantra chanting floats to your ears from the nearby nunnery. Overall, it’s a terrific place to spend the pleasing afternoon inside Lhasa city.

As the Tibetan proverb goes that one can live without food but never without tea. Never miss such a great opportunity to get a real bite of Tibetan folk culture in Lhasa.

0 Comment ON "Tibetan Sweet Tea: one of Tibetans' Favourite Pastimes"