Tibet Weather in June: Tibet temperature and how to plan a Tibet tour in June

The weather in summer in Tibet is generally warm and humid during the day, with drops in the evenings and overnight, though not as severe as in the rest of the year. Though June may be the start of summer and the start of the monsoon season, the rains are not yet that heavy, and mostly fall in the evenings and overnight, a common pattern for the monsoon in Tibet. Day times only usually see short light showers, and as you head further west, those become less frequent, as does the evening rainfall. 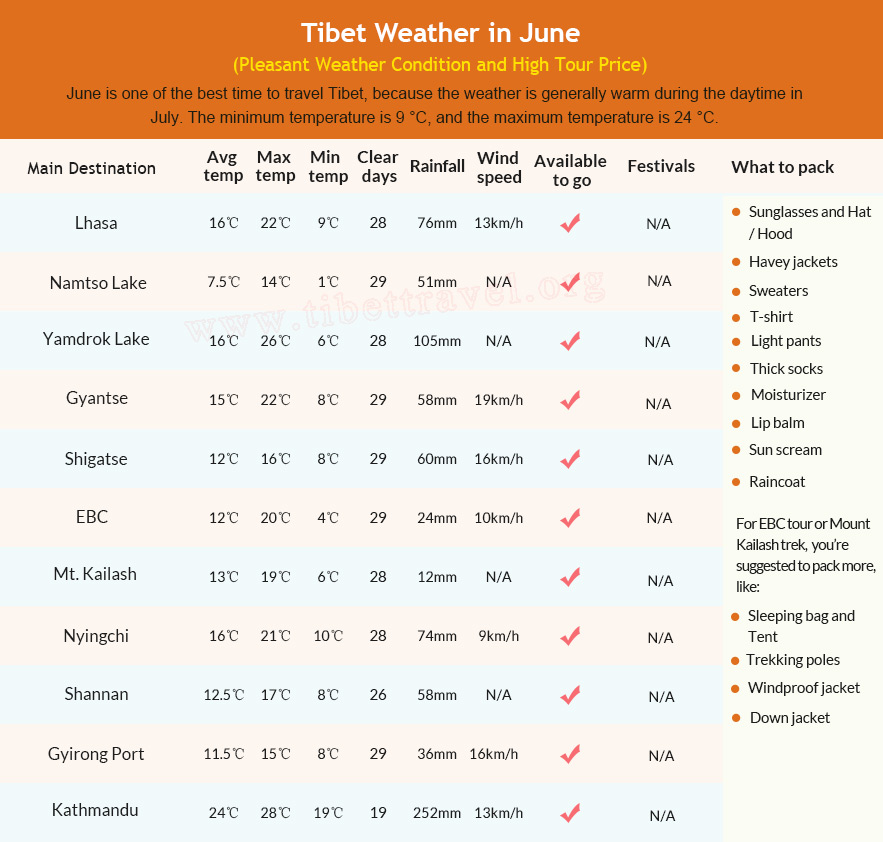 One of the best months to travel into Tibet, June is the start of the main peak season for tourism, and while it may also be the start of the early monsoon season, there is little rain that will affect your tour of the plateau. June is the start of summer, and as the month progresses, the tourists begin to flock to the plateau in much larger numbers, filling the temples and monasteries and enjoying the bright sunny weather of Lhasa and the rest of the plateau. After the end of spring, more people begin to head for Tibet to explore the stunning sights of the plateau and visit the many monasteries and temples that can be found across the region.

One of the warmest months in Lhasa, June sees the start of the rainy season in the Tibetan capital, with higher rainfall for around half of the month. However, with most of the rain in the evenings and at night, June is a great time of year to tour the capital city. June is also a good time to travel around the mountains around Lhasa, before the heavy rains of the summer come.

June sees the start of summer in the Lake Namtso area, and is one of the best months for visiting the lake, as there are fewer tourists traveling north at this time of year. Higher temperatures mean that the sunny days are comfortable, and while it can still get colder at night, the temperatures are still above freezing. The grasslands are also starting to see more yaks and nomadic herders. 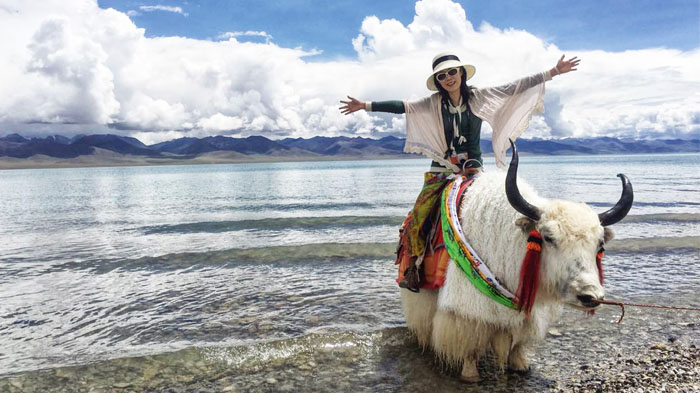 You might enjoy a walk along the shore, or ride a horse along the lakeside in June.

As the monsoon season slowly begins, the temperature heats up and the area around Lake Yamdrok becomes lush and green, with the rolling hills around the lake covered with lush grass, perfect for the grazing yaks. The rains increase, and bring wetter weather, though not as wet as it will get later in the season.

As June begins, the rainfall slowly increases, and the county sees only around 20 days of sunshine throughout the month. Temperature4s have risen, though, making it a little warmer to visit the Gyantse Kumbum and the Pelkor Chode Monastery in the city.

June is the start of the monsoon in Shigatse Prefecture, and the rains become more frequent, increasing to around 60mm through the month. The area does still see more than 20 clear days in June, and while the temperature has risen, it is still not hot, though nights are much warmer and more comfortable.

While the rainy season may be starting elsewhere, at EBC is has barely damped things down yet, with only around 24mm of rain for the whole month. Temperatures are warmer though, with highs of around 20 degrees, making the trip to the base camp very pleasurable. 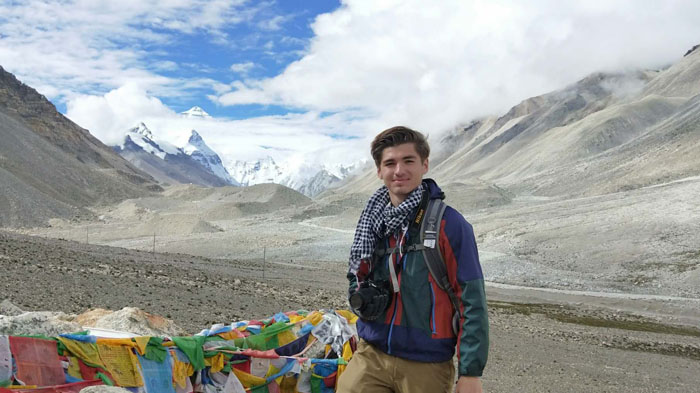 Capturing great vista of Mt.Everest from Everest Base Camp in June.

The last month when you can safely trek around the Kailash Kora route, June is pleasantly warm and comfortable for trekking, and the strong winds do little to reduce the sun’s brightness and warming rays. The trek is perfect at this time of year, and the lush green valleys around the mountain belie its rough and rocky stretches.

June sees the start of the rains getting heavier in Nyingchi, and the clouds gather on the peaks of the mountains. The forests become even more verdant and lush and the fields of golden rape flowers are an amazing sight in the river valleys. A good month to visit when the landscape is lush and green before the worst of the rains arrive.

June is the start of summer in Shannan Prefecture, and there are still only a few days of rain through the month. Another good time to trek in the area, the landscape is lush and green, and the relatively clear skies make the views of the mountains to the south clear and crisp.

Lhasa to Kathmandu Overland in June

While Kathmandu is drowning in their early monsoon rains, Gyirong is still relatively dry in comparison, with warm temperatures of around 15 degrees during the day. The last of the drier months across the region, this is the perfect time to take that long trip across the vast Tibetan plateau to Kathmandu.
>> Read more about Lhasa to Kathmandu Overland Tours

June is a great time for festivals in Tibet and for experiencing the unique culture of Tibetan Buddhism. Horse racing is a popular pastime in Tibet, and little wonder that there are several festivals around this popular activity throughout the year and the plateau. Held in the grasslands outside the town of Gyantse, between Lhasa and Shigatse, the Gyantse Horse Racing Festival also includes contests in archery, ball games, track and field events, and more horse racing and entertaining performances of horsemanship than you could possibly imagine.

June is also the time of Cham Dances, and there are several Cham Dance Festivals in Tibet in June. The Tsurphu Cham Dance Festival is a masked dancing festival associated with Buddhism, and is performed by local monks using hand-crafted masks and traditional Tibetan instruments. The dances are actually a way of instructing monks in morals and compassion for humanity and all living creatures, and can bring merits to those that see and understand them. Another great Cham Dance is also held at Drigung, as part of the Drigung Dharma Assembly, and lasts for three days of dancing and performances by the monks and lamas. 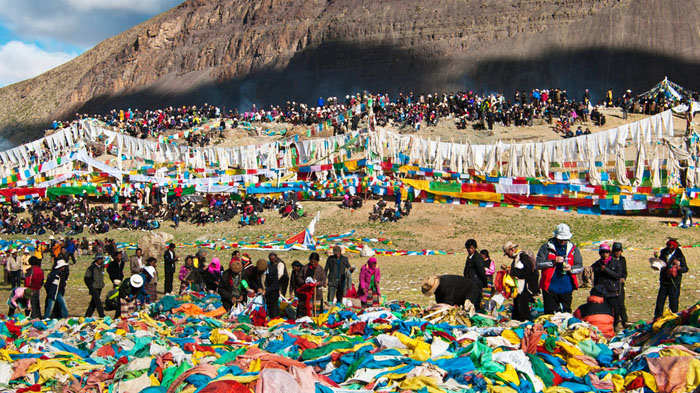 One of the greatest festivals in Tibet is also held in June, on the 15th day of the fourth month in the Tibetan Calendar. The festival, which is held at the foot of Mount Kailash in western Tibet, is known as the Saga Dawa Festival, and attracts Buddhist and Hindu pilgrims from all across the world for the ceremonies. The festival commemorates the three crucial events of the life of Buddha, his birth, enlightenment, and death, and is one of the most solemn and significant celebrations in Tibet. Following religious ceremonies and the renewing of the prayer flags on the flagpole at Tarboche, the pilgrims begin their sacred trek around the kora route that runs around the base of the sacred Mount Kailash.

What to pack for traveling Tibet in June?

Tibet in June is a warm month, and with the exception of traveling in the far west and northwest, sweaters and heavy jackets are not needed much, though pack one just in case. T-shirts and light sweaters can be worn comfortably without feeling cold, and while you can wear short sleeves, shorts are normally frowned upon in Tibet, despite the warmer weather. Light pants and good shoes or boots can be used, through keep the thick socks, since the ground can still be cold underneath. In some areas to the west, it can still get a little chilly at night, so make sure you keep that thicker sweater to hand, as the evenings can chill quickly once he heat of the sun drops below the horizon.

Sunstroke and sunburn as a common occurrence in Tibet in the months of summer, and while June may not be the hottest month, you can still get severely sunburned or sun stroke from the intense UV rays of the sun through the thinner atmosphere. Sun cream is a must, and you should also include a wide-brimmed hat to keep the sun off your head. While it can be more humid, the wind is still dry, and can leave lips and face feeling chaffed, so bring a good moisturizer and some lip balm. And do not forget your sunglasses. While there may not be the intense heat of the tropics, the sun is much brighter at this altitude, and can cause damage to your eyes if looked at unfettered.

June may be the early start of the monsoon season, but it is not the wet and miserable weather of monsoons in the tropical region of Asia to the south of Tibet. Here, the Himalayas have a calming effect on the strength of the monsoon, and less rain falls across the plateau, dropping from the clouds before they can cross the high peaks of the world’s highest mountain range. June is warm and pleasant for visitors, and while you may see some light showers, they are normally in the evening or overnight, which leaves your days warm and comfortable for touring around the plateau. June is, however, the start of the peak tourist season in Tibet, which means that prices are starting to rise. If summer is your preferred time to travel to Tibet, June is ideal, before the prices and the tourist numbers both increase dramatically. 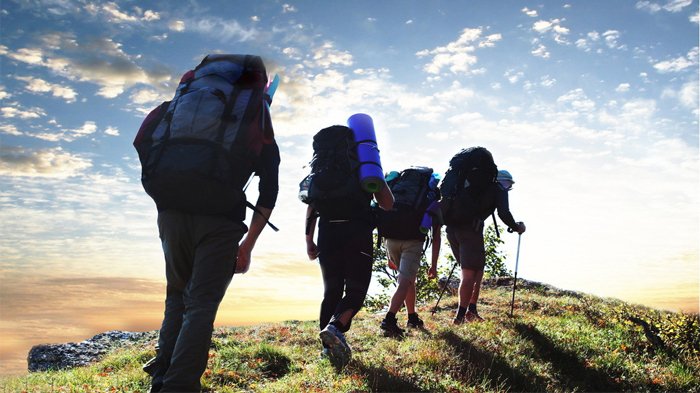 Tourists were enjoying the happiness of trekking in Tibet in June due to the good weather. 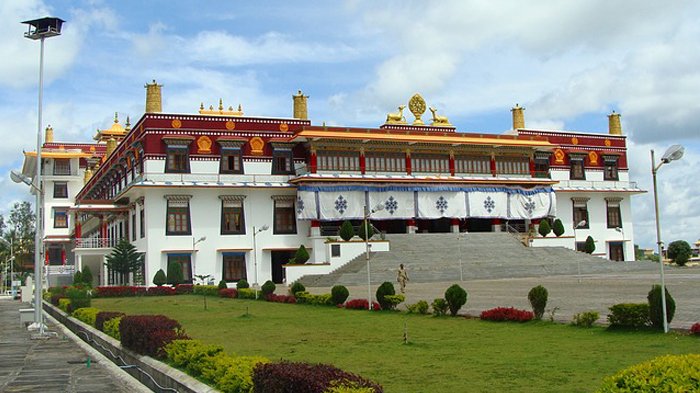 Drepung Monastery is magnificant in the sunshine in June. 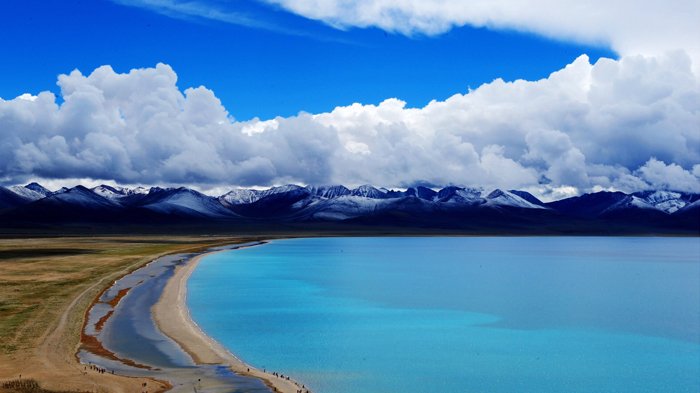 You can enjoy the quiet blue water of Namtso Lake in June. 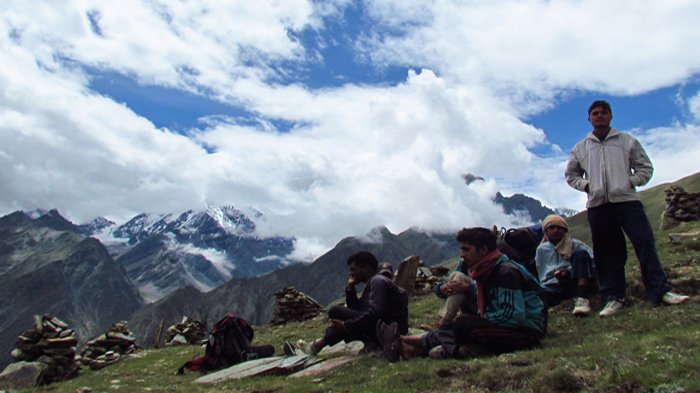 June is one of the best seasons to trek in Kailash for tourists.

0 Comment ON "Tibet Weather in June: Tibet temperature and how to plan a Tibet tour in June"