Tibet Money and Banking in Tibet: How to Pay and Use Money when Touring Tibet?

For any tour of Tibet, you will need to have local currency. And unlike most locations around the world, paying for things in Tibet has its own rules, many of which are unlike anything you may have seen before in other Asian countries. Money in Tibet was not used much in the early years of the Tibetan Empire, and throughout history, bartering has been the main method of buying goods and services in Tibet. The only currencies that were used were from other countries, such as Nepal, and it was not until the 18th century that coins were mass-produced in the region. For today’s travelers, it’s fairly easy to cash (RMB) to shop or other personal expenses in Tibet.

What kind of money to use in Tibet right now? 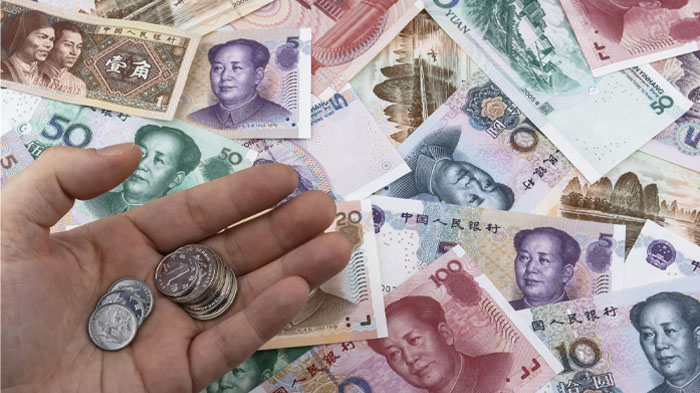 Chinese Yuan (orRenminbi) is widely used in Tibet and other parts of China.

There are varying reasons put forward as to why they do not use coins. The first is that coins do not circulate in Tibet because there are no Tibetan words on coins. In fact, Tibetan words can be found on all paper money, even on the 10-cent notes in China, but not on coins. However, others argue that this does not hold water, because not many Tibetans know the written language.

The second reason is that public transportation is not advanced in Tibet, so coins cannot be used for its most popular purpose as a ticket replacement, as in other cities in China. The third reason given, that coins are not easy to carry around in the large pockets inside Tibetan robes, due to it being too big to carry small items like coins, sounds just as much an excuse as the other two. Whatever the truth of the matter is, be prepared to carry small bills in Chinese currency when traveling in Tibet.

What kind of banks/ATMs available in Tibet? Can I withdraw money in Tibet conveniently?

Tibet has three of the four major banks of China present on the plateau, which are the Construction Bank of China, the Bank of China, and the Agriculture Bank of China. In Lhasa, Shigatse, Tsedang, Bayi, Lhatse and Saga, you can use your bank card to withdraw money when necessary. However, it is better to prepare enough cash for the trip before you leave Lhasa, as the ATMs in small cities sometimes do not work.

Another issue is that there are only a limited number of ATMs in Tibet, and in the smaller cities, there may only be one ATM. In Lhatse, for example, there is only one ATM, which can often be not working, and with no alternative, you may be stuck for getting cash until you get to the next town with a working ATM. 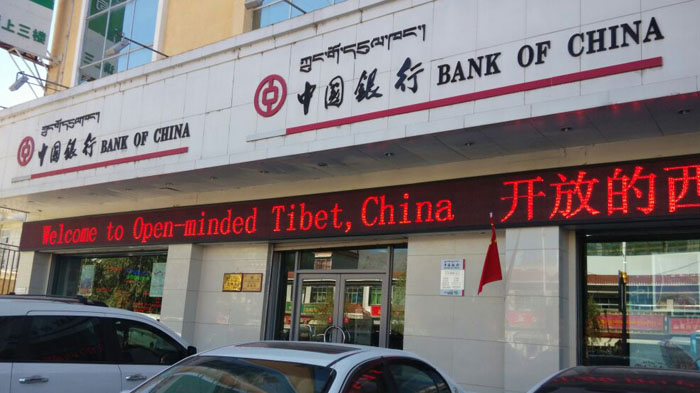 Bank of China in downtown Lhasa

The common problems some customers may face when using ATMs in Tibet include ATM fault, punch card failure and some others problems. Since each inter bank business relate to many steps, the mistakes are unavoidable. Besides, network problem, cards degauss, bank problems also lead to business failure. In this case, customers can also call bank for help if you have problems.

Withdrawing money from your bank account may not be available in Tibet through ATMs and Banks, as the Chinese banking system is not linked to many international banks, and it is best to have a local bank card from one of the main four banks in China, or a UnionPay card that is already loaded with enough money to use for your entire tour.

Credit card advances can be made at the Lhasa Branch of the Bank of China, but has a 3 percent commission rate and a maximum daily withdrawal limit of 2,000 RMB.

Can I exchange money in Tibet? Where and how is the rate?

While there may be three major Chinese banks in Tibet, banking services in Tibet are far behind those of the rest of the world still, so only one of these banks, the Bank of China, offers currency exchange services for visiting travelers. Some 4-star or 5-star hotels provide currency exchange services for the hotel guests, and the rate is based on the current cash-buying rate published by the Bank of China.

Before traveling around the region, it is a good idea to estimate the amount of cash you will need for the trip outside Lhasa, and change enough foreign currency or travelers checks before you leave the capital. While you can also change currency in some of the other larger cities in Tibet, like Shigatse, Zhangmu and Purang, you will not get the same exchange rate, and you may only be able to exchange smaller amounts. And if you are planning to travel to small towns and remote areas, it is better to have smaller denomination bills, as they may not be able to change larger bills, such as the 50RMB and 100RMB bills.

If you are unsure of the exchange rates and how to exchange currency in Tibet, your guide can help you, and we at Tibet Vista can also help you with exchanging money prior to your trip to Tibet. Contact us for more details.

Can I use the Credit Cards to pay for the dinner or shopping in Tibet?

Credit cards are now accepted in many of the larger hotels in Tibet, especially in Lhasa and Shigatse, though you may find other more remote cities do not have large enough hotels to cater to credit card payments.

In Lhasa, most of the four star, five star even three star hotels accept credit cards for payments, though they will normally charge 3-4 percent on top of your bill to cover the bank charges for accepting payment by cards.

In some stores in Lhasa, you may be able to use a credit card to purchase larger items, although some stores will ask for a charge of 2-5 percent to be added to the bill as a service charge. Some stores will also tell you that there is a minimum spend amount when paying by credit card through their Point-of-Sale (POS) terminals. 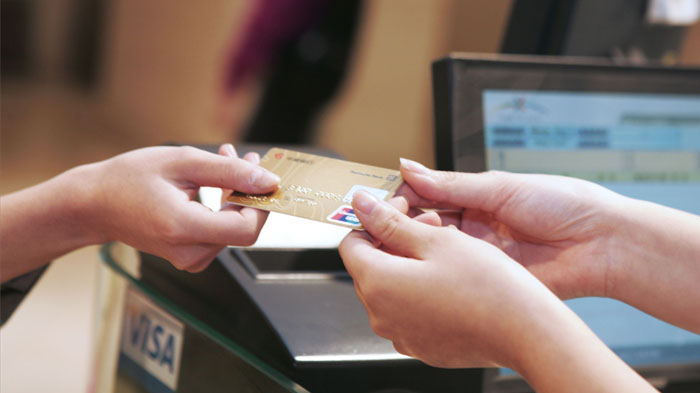 However, according to the personal banking business deputy manager in the Lhasa Branch of the Construction bank of China, there are no service charges applied to payments made through POS terminals in Tibet, and there is no minimum purchase amount.

The main concern for people shopping in Tibet is the limited number of stores that have POS terminals, especially in the smaller craft shops and street-side stalls. Across most of Tibet, cash is still the easiest and most efficient way of purchasing and paying for anything. Therefore it is recommended to take enough cash before you travelling.

If taking a Tibet Vista tour, how much extra money you will need to spend when touring in Tibet daily?

Once you have paid for your tour of Tibet, you can be assured that almost all of your expenses in the region are covered by the cost of your tour. This usually includes accommodation and travel expenses within the Tibet Autonomous Prefecture. In fact, the only expenses you should expect to pay outside your tour cost are for food and personal items. Check for the most popular small group tours in Tibet.

For some tours, some of the meals you will eat are provided as part of the tour, such as breakfast when the hotel offers it as part and parcel of the room, which is usually the case in almost every place to stay in Tibet. However, in some of the outlying lodges, such as those at Everest Base Camp and the monasteries around the Kailash Kora route, the breakfast is an optional extra, so will not be included in the tour cost.

Meals in Tibet, outside your inclusive meals, usually cost from around 8 to 12 US dollars per day, which converts to around 60-80 RMB per day in local currency. While this is often a lot more expensive than the same food in other cities in mainland China, much of the food on the plateau is imported from mainland China, and the cost of transporting it thousands of kilometers by train and truck is factored into the cost of the meals. However, the food is still cheap, in comparison with the same kind of food in western countries. 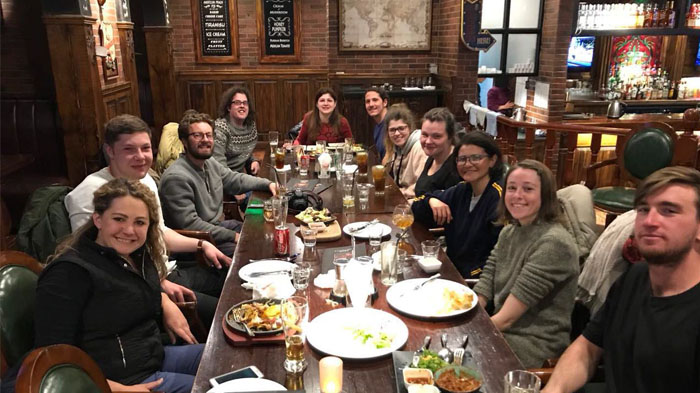 Our clients enjoying the dinner in Lhasa

Tibet has many beggars that can be seen in the streets around the cities, and if you wish to donate some money to them, it is best to carry some really small bills with you, such as the 1, 2, and 5 Mao bills (0.1, 0.2 or 0.5 RMB). These small change amounts are also handy for leaving small tips with shop owners and services you may wish to donate while in the region.

While crime is not a major issue in Tibet, there are some instances of scams in the larger cities, such as receiving counterfeit bills as change for larger bills when buying from street vendors. And it is not wise to flash your large bank notes bills, such as 100 RMB bills, to avoid unnecessary troubles.

The use of currency in Tibet is still much more prevalent than using credit and debit cards, and while you can get some cash advances on your cards, the locations for doing so are limited. It is always best to make sure you have enough cash to cover your entire trip before you depart from mainland China for Tibet, to save you the hassle of the Tibetan banking systems. And keep your currency to smaller bills, which are easier to use and more popular on the plateau.

0 Comment ON "Tibet Money and Banking in Tibet: How to Pay and Use Money when Touring Tibet? "