Many travelers that are planning a visit to Tibet often incorporate a visit to China in their itineraries, making the most of the fact that they can sometimes need to be in China for a few days prior to their flight or train to Lhasa leaving. With a few days in China to spare, it is easy to take in the sights of the area in which you are staying, or even plan to stay in China for more than a few days and travel around to the locations that you want to see.

Best Time to Visit China and Tibet for Ordinary Tourists

In winter many parts of Tibet can be cold and inhospitable, and while there are places that can be visited, if you want the best out of the tour, then the months from April to October are the best months to travel. April to May is spring in Tibet, and the wildflowers are blooming on the plains while the snows of winter are melting. Skies are bright and clear, with few clouds to obscure the stunning views and almost no rain. Autumn, from late September to the end of October is also a great time to visit, with similar climate to spring, but with falling leaves and slightly chillier weather.

Summer is the optimum time to visit Tibet, and is also the peak season for tourism in the region. While it may be the rainy monsoon season in Tibet, the summer sees very little rain thanks to the shadow effect of the Himalayas. What little rain that falls is confined to the evenings and overnight, leaving the days bright and hot for touring.

China is a vast country, and it cannot be said that there is a general season when it is best to visit. The standard tourist season cannot apply to the country in general, but can be applied to the many different regions. Whatever the season in China, there is always somewhere to visit that can meet your needs, and there are so many ancient cities across the nation that there is more than you can fit into one trip, maybe even into one lifetime.

The best option when traveling to China and Tibet in one trip, is to combine your tour of China with your tour of Tibet, basing the whole thing on when you want to visit the TAR, and matching it with somewhere interesting in China that you would like to see. The only times to really avoid in China are the Spring festival, unless you are there specifically to see it, and the National Day holiday in October, which lasts for a week from October 1. These are the main times of holidays for the Chinese people, and transport everywhere is full, which could find you stranded without being able to get to your next destination in time. 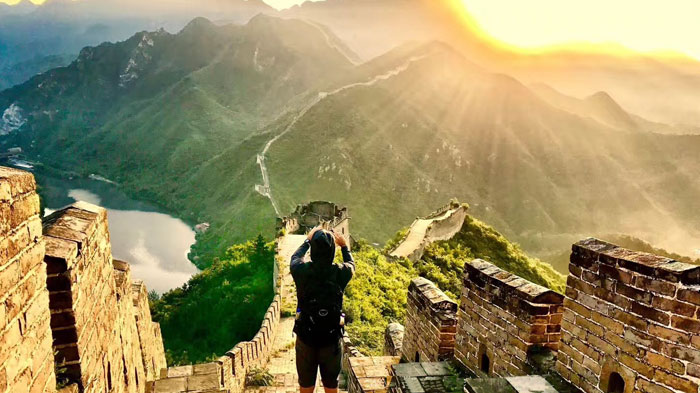 Mutianyu Great Wall, one of the most beautiful sections, with its best scenerary in Summer and Autumn

Best Time to Visit China and Tibet for Budget-Minded Travelers

If you are traveling to Tibet on a budget, then the time to travel makes a huge difference to your itinerary. In Tibet, the best time to travel for those on a budget is from late October to early February, since it is the low season for Tibet tourism. After the autumn has passed, many people think that travel to Tibet in winter is impossible. This is really not true, though there are sometimes places that you cannot get to because of the snow in the latter part of the season.

Eastern areas of Tibet, such as Lhasa and Nyingchi, rarely see much snow, and when it does decide to fall, it is usually in mid to late January, and not really enough to stop the trains and flights from getting in. And the other myth of it being too cold to travel in winter is also not true. While the temperatures in the far west can get as low as double figures in the minuses, most of the days are quite warm, with the sun shining brightly in a cloudless sky. The thinner atmosphere means that the heat of the sun can burn through well, even in the deepest of winter months, making the days warm enough to be comfortable with a fleece jacket.

Eastern Tibet also does not even see the low temperatures of the west at night, though it can drop to below freezing at night even in the lower areas of Nyingchi. And in Lhasa, the temperatures during the day are pleasant enough to be comfortable, with the large drops happening at night to a little below freezing. Just wrap up warm in bed, and you will not even feel it.

The main advantages of traveling to Tibet in the winter months is the discounts that are available, as well as the lesser number of tourists cramming into the attractions. Discounts are often available in all kinds of things in the winter months, from your hotel rooms and flights to the cost of the attractions you can visit. This can make your tour much less costly than in the peak months of summer.

The other advantage, the fewer tourists, means that the attractions in Lhasa and the most popular areas are not as busy. One of the detrimental effects of summer is the vast number of Chinese and international tourists that flock to the plateau, filling the monasteries, temples, and streets, making it harder to get around and enjoy the best of what Tibet has to offer. So if crowds of tourists are not your idea of a good vacation, then winter is definitely the time for you. 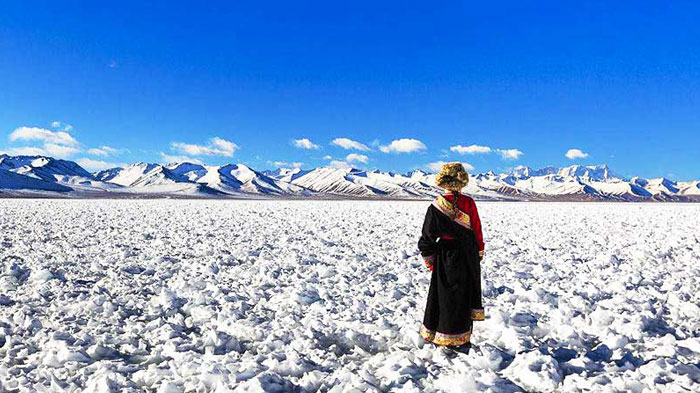 Best Time to Visit China and Tibet for Cultural Explorers

The entire Chinese nation is mainly Buddhist, with a small percentage of other religions, including Moslem, Taoist, and Christian. Buddhism is full f amazing and spectacular festivals throughout the year, all of which are worth visiting. And it is not just the religious festivals that you can experience in China. Several cultural festivals exist as well, which are definitely worth a look. When traveling to China, it can be an advantage to book your trips to China and Tibet to coincide with the bigger festivals, to better experience the religion and culture of the nation when it is at its most celebratory.

Spring festival is one of the biggest festivals in the world, and is celebrated across the globe, even by non-Chinese. The Spring festival often coincides with the Tibetan New Year, also known as “Loasr”, which is the biggest festival period in Tibet, though the TAR is not open to international tourists for that period. However, you can still see it in the Tibetan Autonomous Prefectures in Sichuan, Yunnan, and Qinghai, where there are no restrictions on tourist travel.

The downside of the Chinese Spring festival is how busy it gets across the entire nation. It is a time when people will travel home for the festival celebrations, which means that the transport system is overloaded, making it hard to get a train or bus ticket for the week of the festival. And since Chinese train tickets cannot be booked more than 60 days in advance, you may have a problem getting around.

The Dragon Boat festival is another huge festival that is celebrated across China, and which is well worth planning your tour around. Normally held on the 5th day of the 5th lunar month, around mid-June, it is a time of racing boats decked out to look like Chinese dragon. The festival is well attended, and there are feasts of zongzi, a traditions dish made from sticky rice balls stuffed with fillings and steamed in bamboo leaves, and many other dishes. Traditionally, the festival is held to celebrate the renowned Chinese poet, Qu Yuan, who was exiled from the ancient State of Chu, and drowned himself in the river rather than live to see his beloved country invaded by the State of Qin.

The Mid-Autumn Festival, on the 15th day of the 8th lunar month (around the end of September), is the second grandest festival in China, after the Spring Festival. Also known as the Moon Festival, it is always held when the autumn moon is at its brightest and fullest. The Moon Festival celebrates the Autumnal Equinox, and dates back to the time of the Zhou Dynasty, more than 3,000 years ago. The ancient Chinese people had a close relationship with the seasons and the changing moon, and the festival was originally held to celebrate the harvest, offering a sacrifice to the moon in thanks. That sacrifice is still offered by families that get together t appreciate the moon, eat moon cakes to symbolize the union of the family, and think of family members that are far away. Dragon and Lion dances are also popular, and lanterns are often lit as part of the celebrations.

In Tibet, there is no bigger festival than Losar, the Tibetan New year. However, with the TAR being closed during February and March, the only place to see the Tibetan celebrations is in the Autonomous Prefectures in Qinghai, Yunnan, and Sichuan. Traditionally, the Tibetan celebrate the end of one year and the beginning of another with cleaning of the house and throwing away their old and possibly demon-infested things. Old objects that no longer have any use are taken out of the house near to midnight, and placed on a road junction, which is believed to trap the evil spirits and stop them from coming back into the house. Once midnight comes, there can be no more cleaning, in case you sweep away the good luck, and the families celebrate together, giving sacrifices of tsampa and revering their elders. 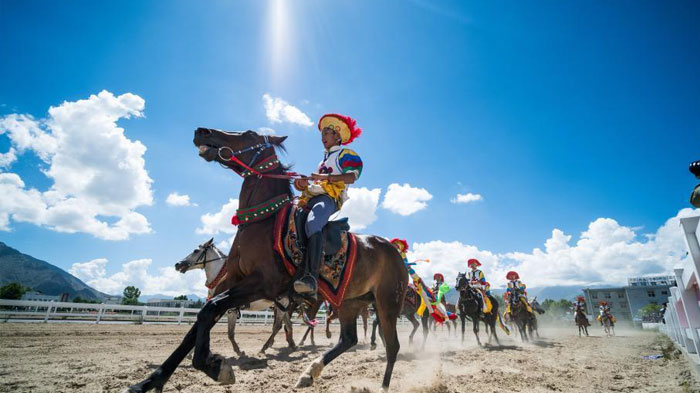