When Is the Best Time to Tour Tibet and Nepal Together?

For many people touring in the Himalayas, combining a tour of Tibet with a tour of Nepal is one way to experience the unique cultures of both places. 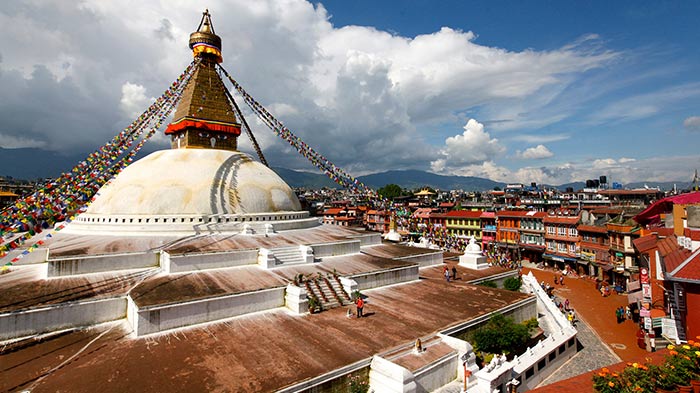 As Tibet’s closest neighbor, Nepal is as full of adventure and experiences as Tibet. Probably the best way to do this is to book a tour from Lhasa to Kathmandu, starting in Lhasa, the capital city of Tibet Autonomous Region, and traveling across the mighty Himalayas to finish your tour in Kathmandu, Nepal’s capital city. Alternatively, you can do it the other way round, starting in Kathmandu, and finishing in Lhasa. The choice is yours, and both routes take in the world’s most spectacular sights.

The tours include visits to some of Tibet’s most famous sites, several ancient temples, and monasteries, and the spectacular scenery of the Himalayas, including Mt. Everest. Then it is a rollercoaster ride across the Sino-Nepal border into Nepal, and down in to the Kathmandu valley, where you can experience the culture of the Nepali people.

When Is the Best Time to Tour Tibet?

Tibet has four seasons, although it also has a monsoon period, like many Asian countries. From March to May, it is spring, and the weather is mild with plenty of sun and limited clouds. Spring is the start of the tourist season in Tibet, and the regions starts to get busy in preparation for the summer, which is the high season. Not only is the weather mild and comfortable, but with the clear skies, views of the mountains, especially Mt. Everest, are often better at this time of year. And with a little snow sometimes still on the ground, it makes the landscape look even more desolately beautiful than it already is.

The same climate can be found in Autumn, from September to mid-November. Once the rains have cleared, and the skies are once again free from clouds, views are at their best. The advantage of autumn over spring, however, is that the landscape is still in the throes of greenery, with the lush grasses that flourished during the rainy season still as florid as before. Autumn is also the time when the leaves start to fall, and from October, the forests are carpeted with red and gold as the falling leaves cover the ground. One of the best times to visit the region for photography, you are guaranteed to find the perfect shot in autumn. 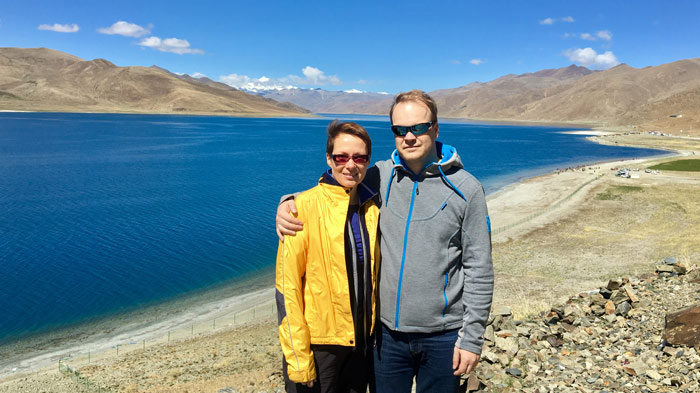 The summer season is the warmest time of year across the Tibetan Plateau.

If you are interested in seeing nomad Tibetan culture, the summer is the best time of year. The grasslands are an amazing color of green and thousands of Tibetan nomads spend the summer on the plains and prairies. If you hate cold weather, then the summer is the season for you to visit Tibet. However, if you do not mind cold weather, the skies in rest of the year are clearer and you will get amazing views of the mountains.

Winter is a nice, cold time to visit, from mid-November to February. Travel can also be restricted in the winter months as heavy snow and ice can block many of the roads and tracks in the west of the region, making travel outside Lhasa and the immediate surrounding area almost impossible.

When Is the Best Time to Tour Nepal?

Nepal has four climatic seasons, although the climate varies with its topography and altitude. It ranges from the tropical to the arctic. The low-land Terai region, with its maximum altitude of around 305 meters, which lies in the tropical southern part of the country, has a hot and humid climate that can rise above 45 degrees during summer. The mid-land regions are pleasant almost all the year round, although winter nights are cool. The northern mountain region, at altitudes above 3,300 meters, has an alpine climate with considerably lower temperature in winter, as can be expected. 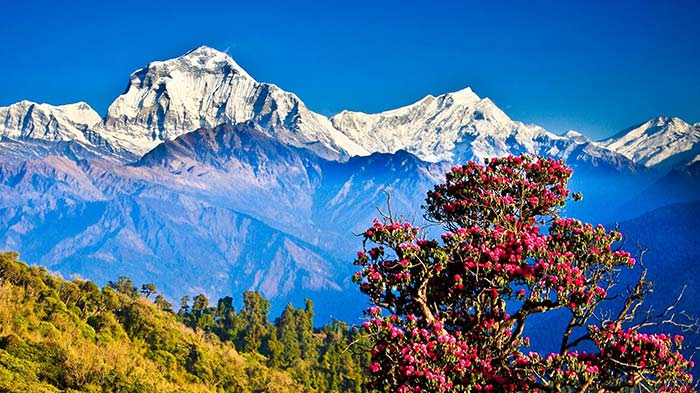 You will be pleasantly surprised by the charming spring of Nepal

The temperature in spring (March – May) is mildly warm in low lands while moderate in higher altitudes with plenty of opportunities to have tryst with the mountain views. It is also the time for flowers to blossom and the national flower of Nepal – rhododendron sweeps the ascending altitudes with its magnanimous color and beauty.

Summer (June – August) is also the monsoon season in Nepal. The weather is hot and wet at times. It rains almost everyday with occasional thunderstorms in the evening. The rain spreads the pleasantness around with lush green vegetation.

Autumn (September – November) is the best tourist season in Nepal with the summer gone by and the winter to set in. The weather is highly pleasant so are the mountain views. This is the peak season for trekking as mountain views are guaranteed so better book your flight in advance. This is also the season of festivities as Nepal celebrates the biggest Hindu festivals Dashain followed by Tihar.

Winter (December – February) is when the weather is cool and the sky is clear with occasional snowfalls at higher elevations. This season is good for trekking in lower elevations. The morning and night is cold and the days are warm when sunny.

When Is the Best Time to Combine Both?

When you compare the climate and weather conditions of the two regions, it becomes apparent that the best conditions for majority of visitors to both Tibet and Nepal is during spring and autumn. 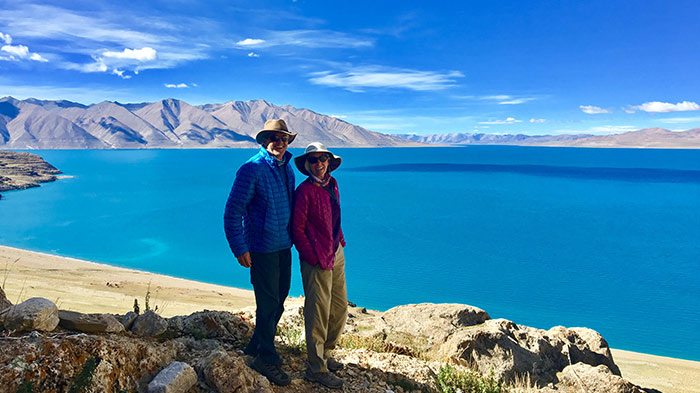 However, this also needs to be based on your requirements for visiting, and what you want from the tour. if trekking is what you are after in Nepal, then the best time has to be from November to February, when there is very little chance of rain, and the snow is also minimal. This is winter in Tibet, so the tour there may be limited because of snow and weather, although it is possible to tour almost all of Tibet in Winter.

If the summer heat is your thing, and you prefer to visit the temples and monasteries of Tibet, as well as the crystal clear lakes in summer, then from June to September is the best time. In Nepal, this is the monsoon season, and is not a good time for trekking. However, it is a good time to visit much of the lower Terai regions, including the two world-class national parks, where summer is the best time to see the Bengal tigers, the crocodiles, and the rhinos. It is also a great time to go sightseeing in the cities of Kathmandu, Pokhara, and Chitwan, and to visit the many temple areas such as Pashupatinath and Boudhanath.

Combine what you want to get out of your tour in both Nepal and Tibet, and you can guarantee that there is a tour to suit your every need.

0 Comment ON "When Is the Best Time to Tour Tibet and Nepal Together?"