On the Qinghai-Tibet Railway, there are 90 stations from Xining to Lhasa and every station has unique scenery. Only 9 of them have scenery-viewing platforms. However, the trains to Tibet do not stop at every station. The following are the major stations on this railway and you may get off the train and travel around before or on the way to Lhasa.

The Qinghai-Tibet Railway starts from Xining West Railway Station, and ends at Lhasa Railway Station. All the trains to Tibet stop at this station for around ten minutes, so passengers can get off the train to breathe some fresh air, or buy snacks. Xining provides a number of attractions making a visit to the area well worthwhile. If you have time.  you may travel around Xining for 1 or 2 days. Qinghai Lake, the largest lake in China, with a surface area of 4,317 square km is the most attractive attraction in northwest China.  To the city's southwest, Kumbum Monastery is the birthplace of the founder of the Gelugpa Sect, boasts one of the six important monasteries in Tibet. A site not to be missed is the Dongguan Mosque, one of the biggest mosques in northern China. 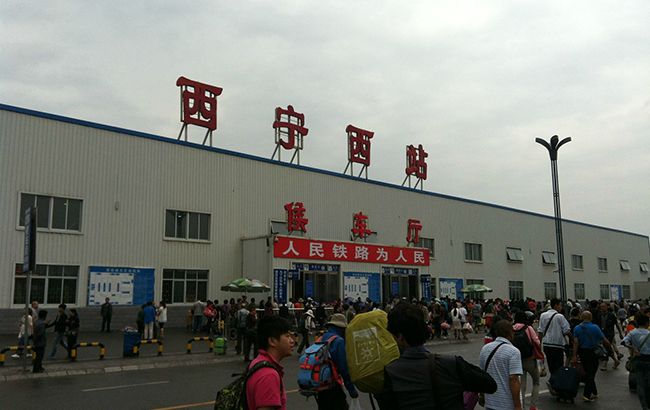 Located at 2829m above sea level, the Golmud train station is one of the major stations on the railway to Tibet. From Golmud, the altitude increases rapidly and oxygen supply systems begin to work to guarantee passengers' comfort. Onward 100km from Golmud, the altitude is already more than 4,000m above sea level, with the highest points at Wudaoliang and the Tanggula Mountain Pass. All the train go through Golmud at the last day approach to Tibet, it takes about 13 hours to Lhasa with the most stunning scenery section, many people access to tibet from golmud because it is the nearest city to Lhasa. Golmud is the best city to access to Dunhuang in northwest China with only 7 hours bus ride. if you want to visit Dunhuang and then go Xining, remenber, the best place you get off from Tibet Train is Golmud.  It is also an ideal place for enjoying the landscape, in Golmud, there are Qarhan Salt Lake (the largest salt lake in China) and the Kunlun Mountains (known as the Dragon Mountain of China). 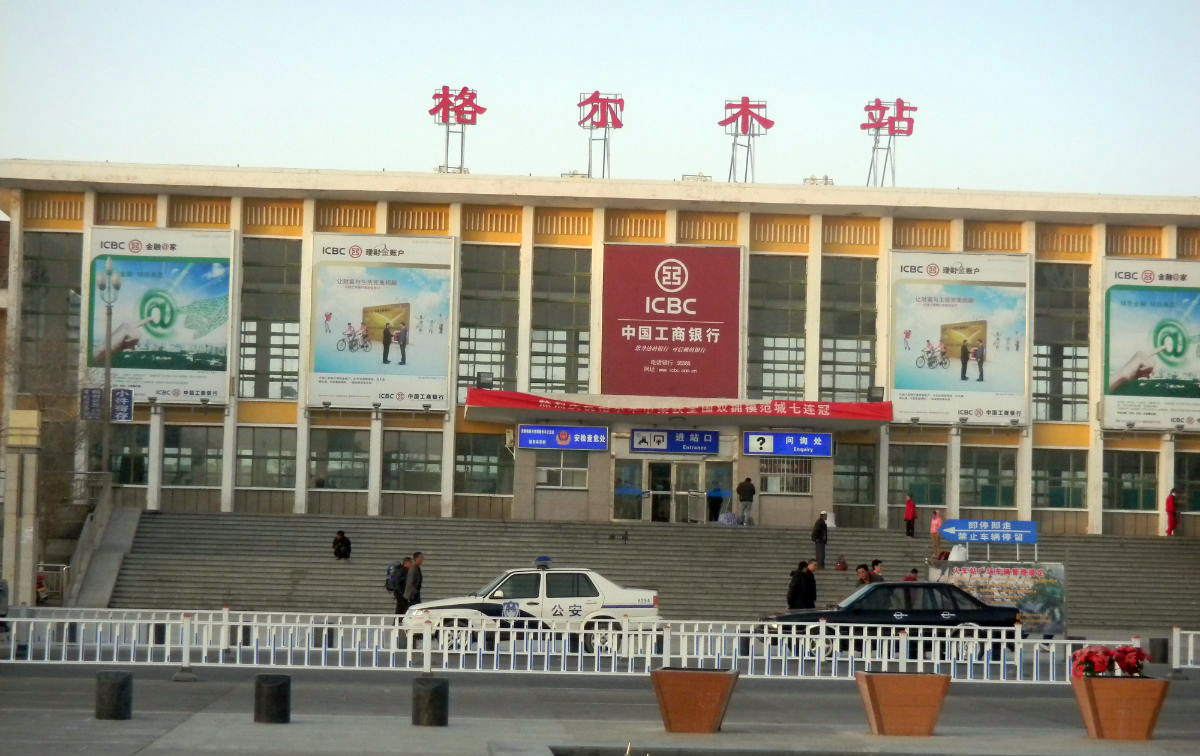 Located at 5,068m above sea level, surpassing Ticlio (Peru), at 4,829 meters, Cóndor station, at 4,786 meters, on the Rio Mulatos-Potosí line, in Bolivia, and La Galera station at 4,781 meters in Peru, the Tanggula Railway Station is renowned as the world's highest railway station. The railway station has three tracks, one of them served by a platform, and another one served by a very short sub-platform. Now, Tibet Trains do not stop at Tangula Railway Sation. so, there is impossible to get off the train and travel around. 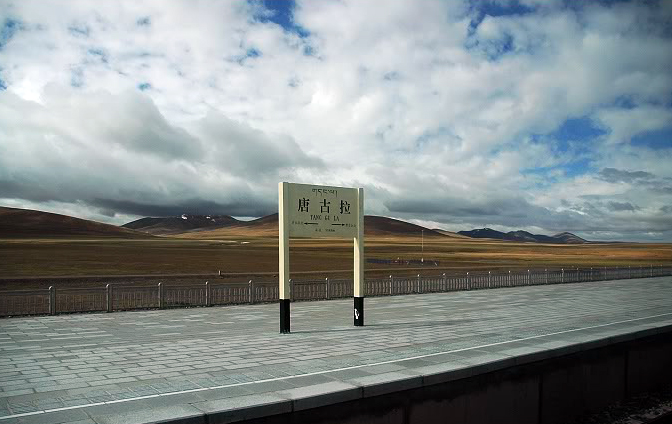 Situated at 4,702 meters above sea level, the Amdo Railway Station is one of the world’s highest train stations. Covering an area of 140,000 square meters, it is the biggest cargo-passenger train station in Tibet, along with the rest of the Qinghai-Tibet Railway. The design of the main building of the station is based on a Tibetan tent and yurt. The creasing and symmetrically up-rising wings on the top of the building are just like the Eagles that can be seen everywhere on the Changtang grassland which is a grand scenery along the Qinghai-Tibet Railway. The design also indicates that Amdo (and Tibet) is developing rapidly. Notice: Tibet Trains do not stop at Tangula Railway Sation. so, there is impossible to get off the train and travel around. 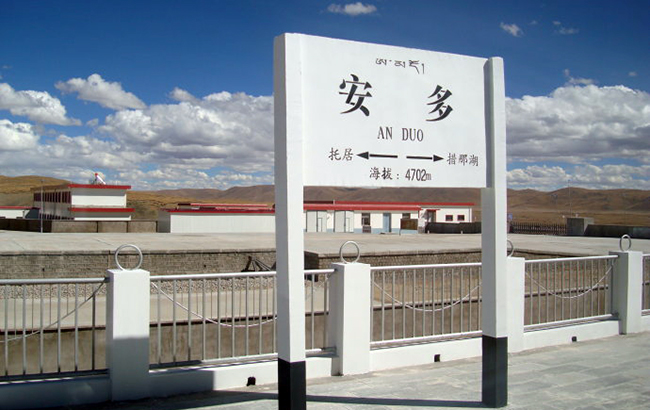 Built at 4513 meters above sea level, and close to Qinghai-Tibet Highway, the Nagchu Railway Station on the Qinghai-Tibet Railway is the second most important train station in Tibet. It is an important station for transferring and replenishment along the railway. It is 8km south of Nagchu town, 322km from Lhasa railway station and 820km away from Golmud train station. As a major railway station in Tibet, this station is furnished with unique Tibetan decoration. The appearance of the rain cover at the entrance of this train station symbolizes the snow-capped mountains and yurts on the Qiangtang Grassland in northern Tibet. If you plan to take part in Nagqu horse racing festival tour in August, you are strongly recommend to get off the train at Nagqu, enjoy the festival celebartion and watch horse racing competition there, then take train go to Lhasa. 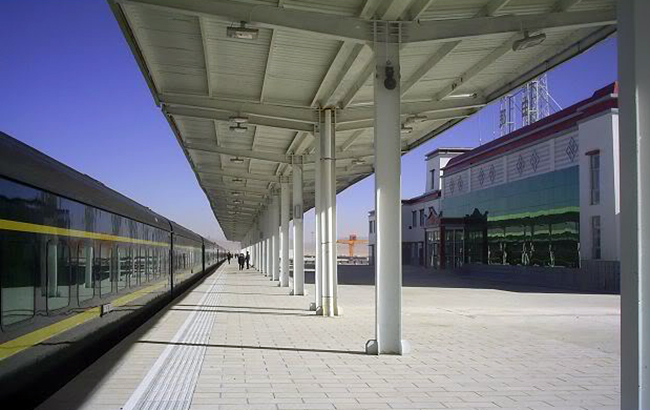 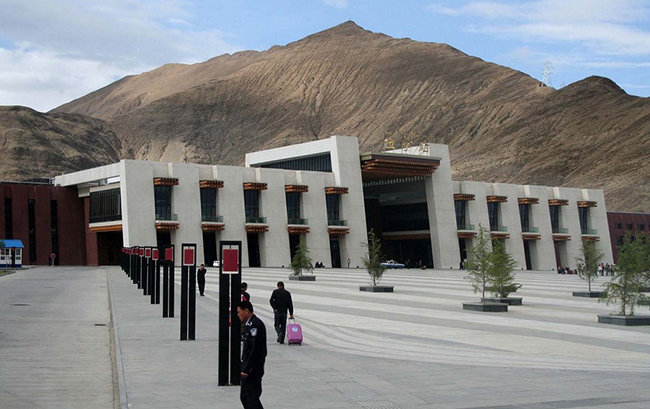 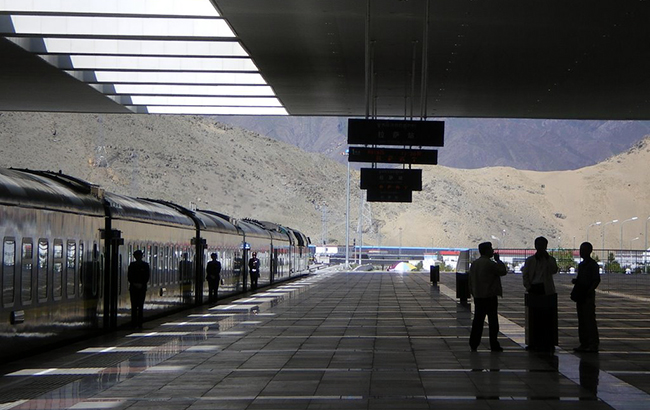