Tibet is such a playground for adventure for all, including the thrilling-seeking ladies.

Every year, we see more solo females and female groups taking the trip to the Roof of the World to visit the stunning attractions of the plateau, esp. to the amazing Everest Base Camp (EBC).

And this year is no exception. we had our largest ever group of all-female tourists to the high plateau and EBC. Most of them hailed from the Russia and Ukraine, and they made the epic journey to Tibet together, thirteen strong on their first trip to this wondrous land of Buddhist temples, sacred lakes, and high mountains.

So, let’s take a look at how they enjoyed our Lhasa to EBC tour. 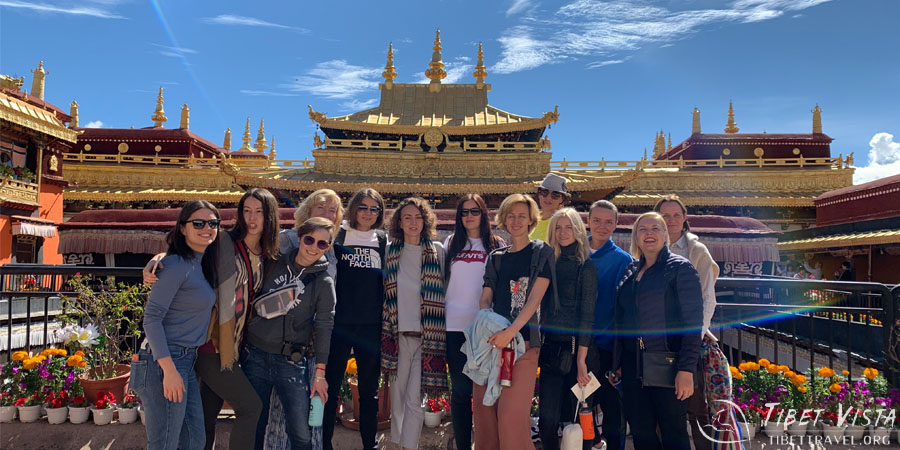 Touring around the Jokhang Temple in Lhasa, in appropriate attire, of course!

Deemed to be the most sacred Buddhist site in Lhasa, Jokhang Temple is a great place for ladies to explore. You will see many Tibetan pilgrims, doing prostration before the Jokhang. Traveling hundreds or thousands of kilometers to reach the Tibetan capital, the temple is the focus of their devout pilgrimage, ending their long journeys with a ritual kora walk around the temple, and praying at the gates and inside the temple itself. Built in the 7th century, this is the most iconic Tibetan temple on the plateau, which houses one of the oldest statues of Buddha in existence today. - Find out the top attractions and guide to Lhasa tour. 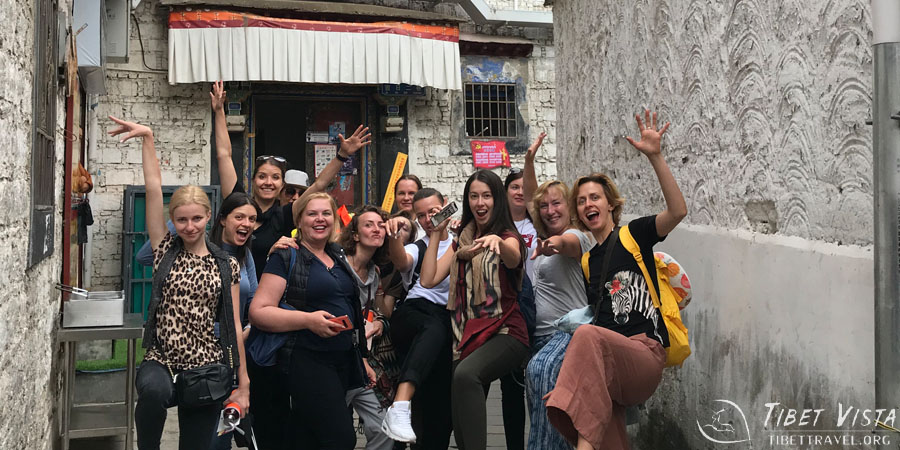 Exploring the Old Town of Lhasa through the narrow alleys and streets around the Jokhang Temple.

The Old Town area of Lhasa is the location of the Jokhang Temple, as well as many other ancient buildings and attractions. An old residential area of the modern city, the well-preserved authentic and traditional Tibetan buildings are a distinct difference from the more modern streets, and you can find many small shops and stalls selling authentic Tibetan handicrafts as you wander the narrow, winding streets. 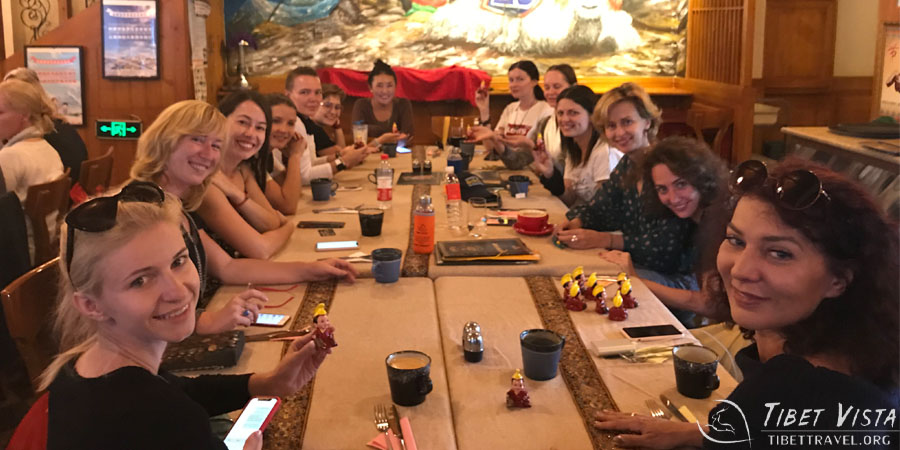 Enjoying a group dinner in a classic Tibetan restaurant in Lhasa.

Lhasa may be located on the world’s highest plateau, but it has a restaurant scene that can match any major city around the world. While it is a great place to find many delightful cuisines from the Himalayas and Southeast Asia, this beautiful city is the ideal place to sample the delights of traditional Tibetan cuisine, complete with momos, noodle soups, Sha Phaley, the ever-present tsampa, and of course, Tibetan sweet tea. - Find out where to dine in Lhasa. 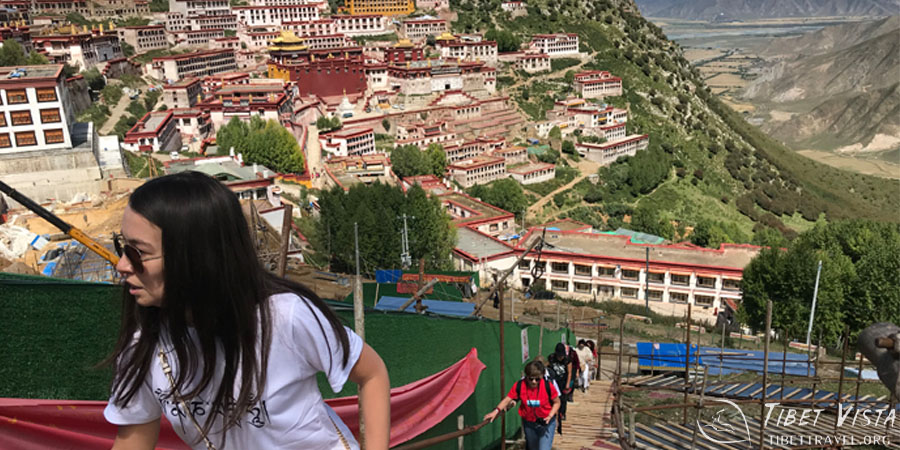 Making the long climb up the kora route around the famous Ganden Monastery.

One of the Great Three monasteries of the Gelug School of Tibetan Buddhism, Ganden monastery is the primary monastery for this sect, and was built in 1409, by the founder of the tradition, Je Tsongkhapa. An amazing site to learn more about the Gelug sect, this unique monastery has one of the most scenic kora routes in Lhasa, with stunning views of the surrounding countryside. 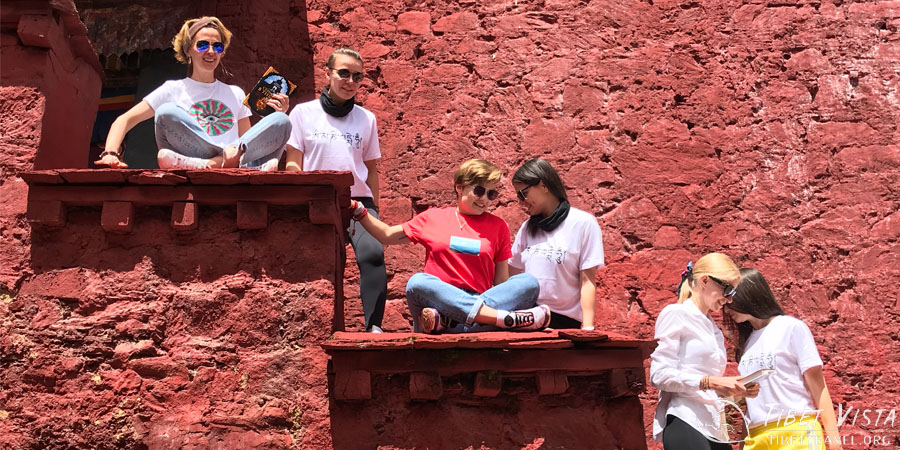 Taking a well-earned break from touring the monastery. 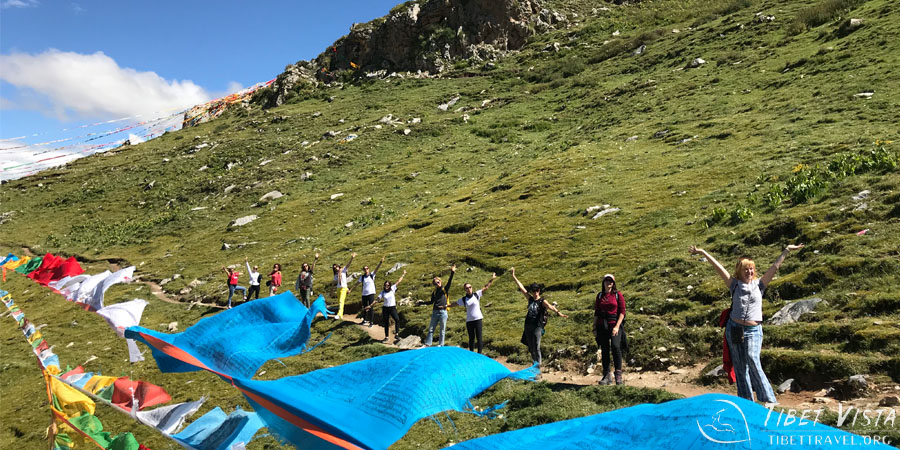 On the trail of the Ganden Kora, the ritual hike around the monastery for pilgrims and tourists alike.

Notable as one of the most scenic kora treks in Lhasa, the ritual kora route around Ganden Monastery is also the best way to get a great view out over the beautiful Lhasa River Valley. The monastery sits on the slopes of Wangburi in Dagzê County, just below the summit, and is surrounded by the beauty of the Nyenchen Tanglha Mountains, one of the ranges of Transhimalaya that crisscross Tibet. The trek around the kora is a one-day hike, and is one of the best day-treks in Tibet. With two kora routes, high and low, the hike actually takes you past a local sky-burial site, a rare occurrence in Tibet, as these are heavily restricted for tourists. 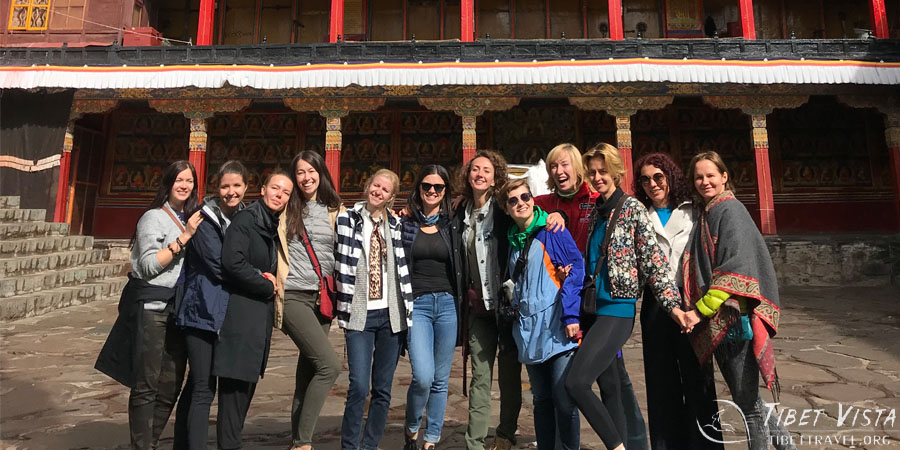 Located in Shigatse Prefecture, to the west of Lhasa, the famous Tashilhunpo Monastery is one of the largest Buddhist monasteries in Tibet. Founded in 1447 by the first Dalai Lama, the monastery is the seat of the Panchen Lama, Tibetan Buddhism’s second-highest incarnation. 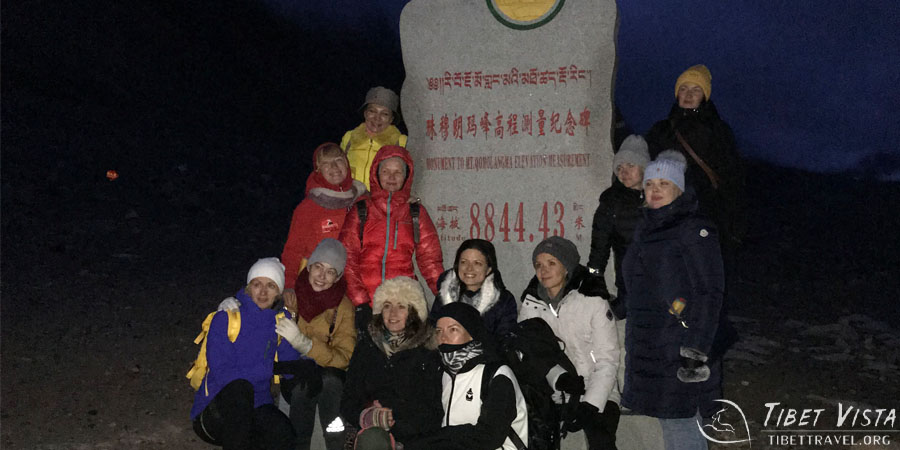 Finally arriving at the monument that marks the Everest Base Camp in Tibet.

As one of the most popular tourist destination in Tibet, Everest Base Camp (EBC) sees thousands of visitors every year. Located in the far west of Tibet, just a few kilometers from the border with Nepal, this amazing site gives visitors the best location in the world from which to get photos and view the summit of the world’s highest mountain.

While Tibet is a generally safe place for female tourists, thanks to the devotion of Buddhism in the region, it is best not to take chances, and you should stay with your guide when out and about. Safety is the main concern, and you should also avoid walking alone at night.

Women are respected in Tibetan Buddhism, but there are still restrictions. Some temples and monasteries do not allow women to enter, and those that do require them to be covered. Avoid wearing tops with open shoulders or no sleeves, short skirts and shorts, and dress appropriately.

0 Comment ON "Ladies, Let’s Go for Everest. 2019 the Biggest Customized Tibet Tour to EBC for Ladies."