Latest and good news on Tibet permits! Tibet Travel Org has successfully helped many travelers from different countries get Tibet permits in 2012. Some of them have finished their trip to Tibet in August of 2012 and some are travelling to Tibet in September and October. Look, here are the canning copies of some Tibet permits we have got recently. If you are looking for Tibet travel mates, we have a list of travellers from different countries travelling to Tibet in the next months and waiting for your participation. 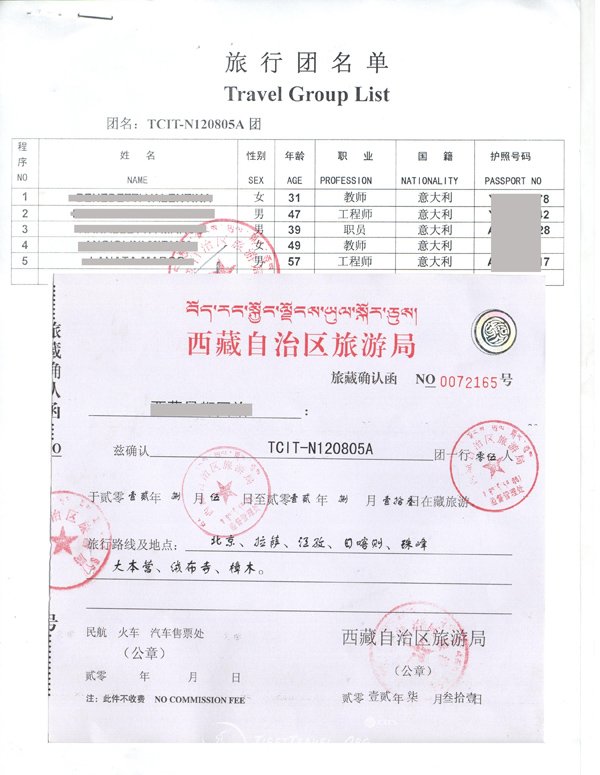 The photo shows the Tibet entry permit of a group of 5 Italian tourists travelling to Tibet on August 5, 2012 and ending their Tibet trip on August 13. They flew from Beijing to Lhasa and then travelled from Lhasa to Kathmandu, with a detour to Everest Base Camp. The picture shows the Tibet entry permit of a group of 14 Malaysian tourists travelling to Tibet on August 12, 2012 and enjoying a 12-day trip in Tibet. They travelled from Chengdu to Lhasa and visited most famous tourist sites in Lhasa, Shigatse, Lhokha and Nyingchi areas of Tibet. The picture shows the Tibet entry permit of a group of 5 Indonesians travelling to Tibet on August 16, 2012 and enjoying an 8-day group tour from Lhasa to Everest Base Camp via Gyantse and Shigatse. 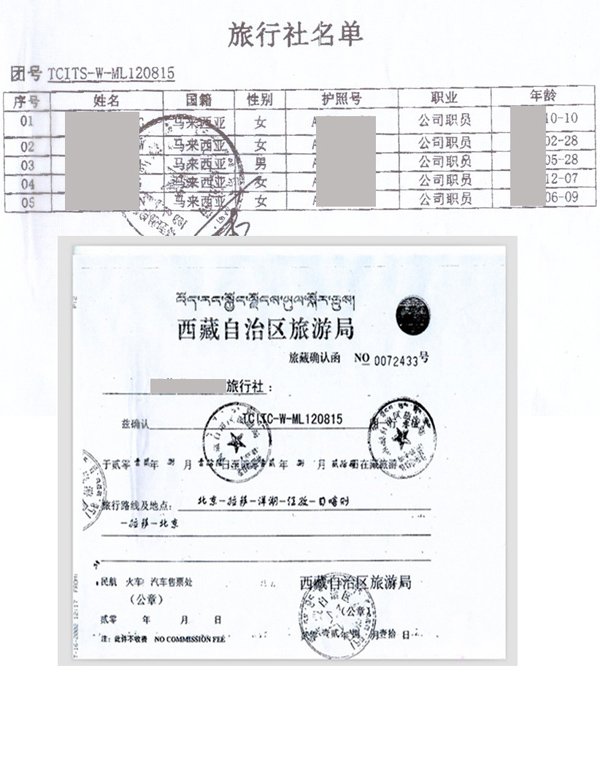 The photo shows the Tibet entry permit of a group of 5 Malaysians who paid a visit to Lhasa, Yamdrok Lake, Gyantse and Shigatse in Mid-August of 2012. The photo shows the Tibet entry permit of a group of 6 Germans visiting Tibet in the beginning of this September. They visited many places of Tibet, including Lhasa, Gyantse, Shigatse, EBC, Nyingtri and Lhokha. The photo shows the Tibet permit of a tour group of 14 Vietnamese tourists enjoying a long and wonderful Tibet tour from early September to mid-September, covering Lhasa, Nyingchi, Shigatse and Ngari areas of Tibet. After visiting the holy Mt. Kailash and Lake Manasarovar in west Tibet, they continued their trip to Kathmandu. Since their itinerary including military areas of Tibet, they also needed a Military Permit to visit Kailash and Manasarovar. 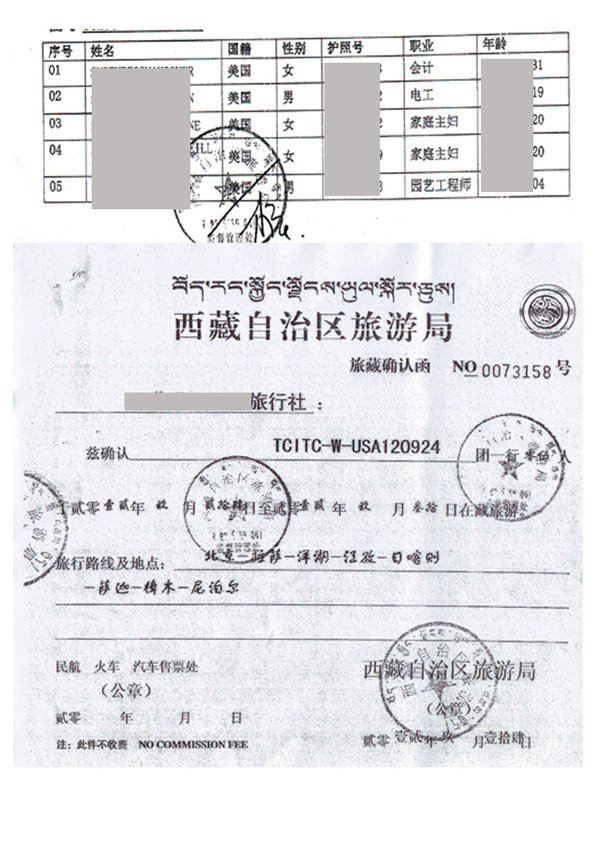 The photo shows the Tibet entry permit of a group of 5 Americans who will travel to Tibet on Sept. 24, 2012. They will enjoy a 7-day group tour from Lhasa to Kathmandu. Let’s wish them a good trip! 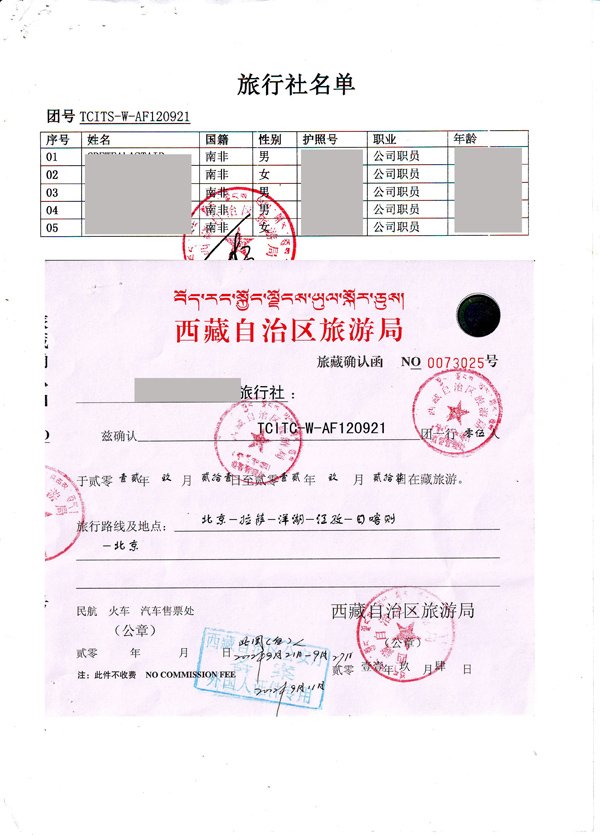 The photo shows the Tibet entry permit of a tour group of 5 South Africans who will travel to Tibet on Sept. 21, 2012 and visit the holy city Lhasa, the holy lake Yamdrok, the ancient Tibet town - Gyantse and Tibet’s second largest city – Shigatse. Their trip in Tibet will end on Sept. 27.

We suppose that many travelers planning to visit Tibet this year have all kinds of trouble in applying Tibet permits which are must for foreigners to travel in Tibet, such as finding proper travel partners to join them and regulating their travel plan to cater for other travelers’ plan. Some tourists even have to give up their trip plan to Tibet due to the new harsh policy on issuing Tibet permits to foreign travelers to Tibet. But if you are one of them and still want to travel to Tibet, do not hesitate to ask help from us at inquiry@tibettravel.org.