When we think about the Himalayan mountains, we can’t help but conjure up in our minds the image of a tall, ape-like man with shaggy, white fur, quite likely running around with a bat in his hands. That’s right, we’re talking about none other than the Yeti. You know, that figure we all came to know, love and simultaneously fear as children. We have popular programs like Doctor Who and Scooby Doo to thank for that, not to mention the countless films of the late 20th century on “Big Foot,” which is essentially the American, Hollywood version of this ancient, Himalayan figure. 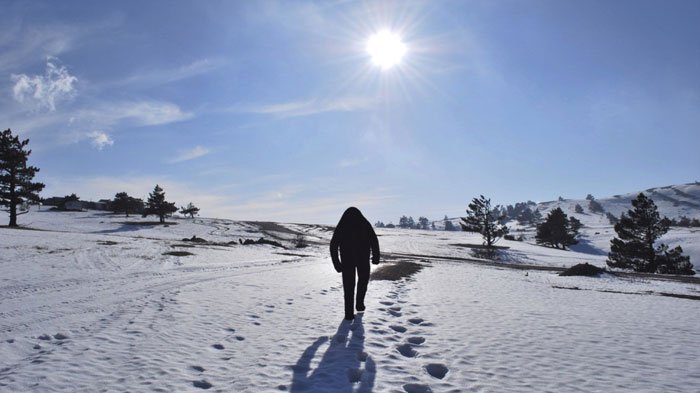 So, how did the Yeti come into being? Is there any validity to the claims that it actually exists? We’re about to dig into all of that.

Like most ancient facets of Tibetan culture, the Yeti’s genesis is rooted in religion, specifically the pre-Buddhist religion Bön. Those that adhered to this faith prayed to a hunting god, who they deemed the ruler of the forests’ creatures. This god would come to be known as the Yeti, but during this time, it was the “Glacier Being.”

Like in any religion, spiritual ceremonies were organized in order to honour this deity of theirs. Rituals included, first and foremost, making an annual sacrifice to him—done so that the people would be sure to receive the protection of this Glacier Being. A proper ceremony involved the sacrificed animal being placed on the ground, in a particular position that allowed for its intestines to be facing up. The hunter would then crouch behind the animal and pray aloud in a soft, slow manner while gathering the intestines and throwing them over the animal’s head. 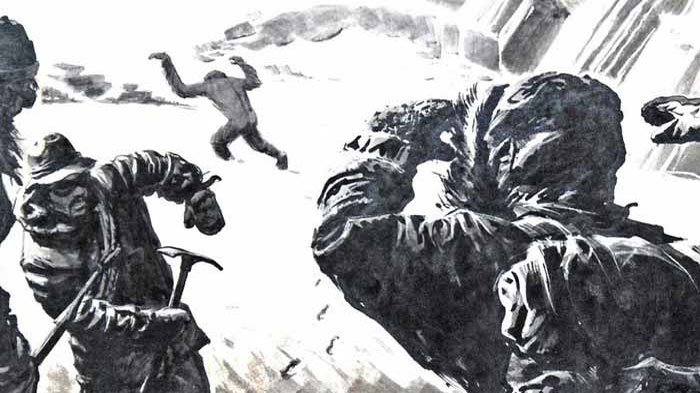 Yeti of the Himalayas

Other religious rituals involved the mixing of the Glacier Being’s precious blood with mustard and poison to create a magical concoction. This was only possible, of course, once they had hunted the creature. The fact that they could acquire his blood meant that, though he was viewed as divine, he was also a very real, physical entity.

This at once spiritual and corporeal creature is believed by the people of Nepal to have the ability to live a very long time—some have even claimed to have seen him in recent years. Before opening that can of worms though, let’s take a look at how the mythological Yeti emerged out of this spiritual Glacier Being.

The Yeti in Mythology

In any case, the figure developed out of the original, godly role it once played, into this mythic one of today when it began to be utilized in Tibetan folklore. From the start, these legends depicted the Yeti as a dangerous figure, one to be avoided unless you wanted to welcome in misfortune to your life. 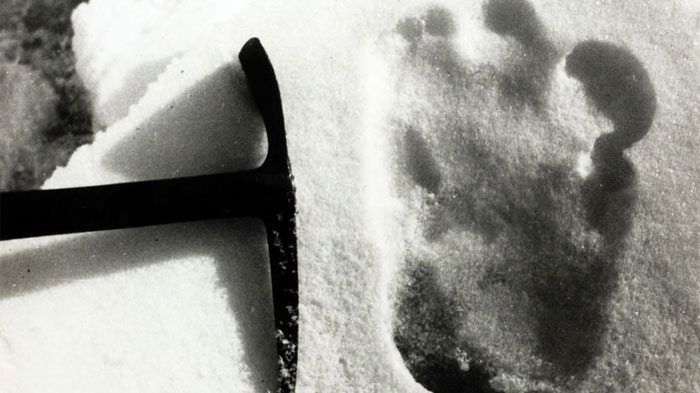 Traditionally, the tales would be recounted by the community’s elders, around whom everyone would gather and hear all about this wild snowman. Children, in particular, were meant to be the target audience, as their parents wished to dissuade them from wandering off on their own. While, everyone was meant to take away from the stories the warning that approaching wild animals is a risky act.

The terrible nature of the Yeti was always emphasized in his physical description: large, shaggy-haired, with immensely-sized feet that left enormous footprints in the snow. Plus he was said to never be without his menacing, stony weapon.

Annihilation of the Yeti

This is the story of a community of Sherpas who decide they will attempt to get revenge on a group of Yetis who had been mercilessly tormenting them for some time. Their plan of action involved drinking a lot of alcohol and then proceeding to engage in a “fight” amongst themselves—the trick was that this was an orchestrated brawl, not a real one. Their hope was that the Yetis would follow suit, and wind up actually destroying one another. This plan didn't succeed though in the end. The wise Yetis were not fooled, and instead of defeating each other, they continued their expedition higher up in the mountains, wreaking havoc on even more Sherpa communities.

In this legend, a man comes across a Yeti who is growing directly in front of his eyes. Taller and taller he becomes. The snowman’s height increases at the speed of the sun’s rising. As the man bears witness to this unusual site, he finds himself losing energy. In the end, he winds up falling unconscious.

There are tons of stories like those mentioned above floating around, and they beg the question, are these really just stories? Is it possible that the Yeti is real? The remaining Bön sect followers certainly believe so, and—it turns out—many others do, too. In fact, there have been a considerable amount of sightings claimed, even in recent years, hence all the Hollywood films we have today on the topic.

A number of individuals travel to the Himalayas just to try and see the Yeti in its natural habitat: in isolation, in the mountains. Here are some of the most significant sightings in recent history.

Wonder where the term “abominable snowman” fits into the story of the Yeti/Glacier Being/Big Foot? Well, when the Brits explored Mount Everest in the early 20s, they came upon very large footprints in the snow. A sherpa told them these were the imprints of a “metoh-kangmi,” which translates roughly to “man-bear snow-man.” Later, when this expedition was covered by journalist Henry Newman, he made the mistake of translating “metoh” into “filthy” rather than “man-bear,” and then decided instead of the word filthy, he would use “abominable.” Thus was born the illusive Abominable Snowman, unseen but known for his very large footprints. 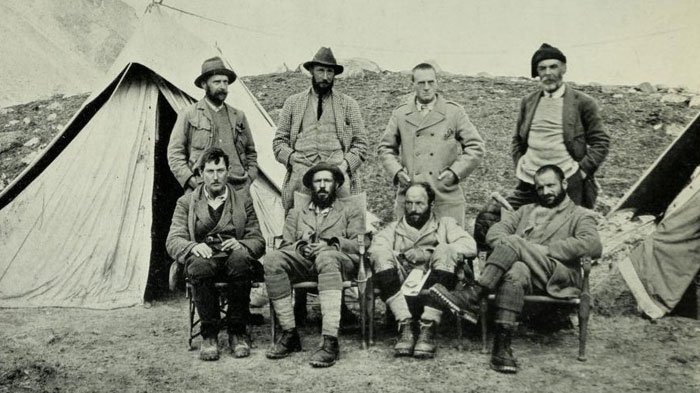 Called the most famous Yeti-hunter of all, Messner is known for having seen the Yeti during the 80s. He has since returned to the same spot in an effort to catch a glimpse of it again, but without any luck. However, it is his take on the mystery of the Yeti that really sets him apart from other Yeti-seekers. He claims it is not a crazy, half-human-half-bear, but in actuality, it’s just a type of bear whose species has yet to be identified—a cross between a brown bear and a polar bear. 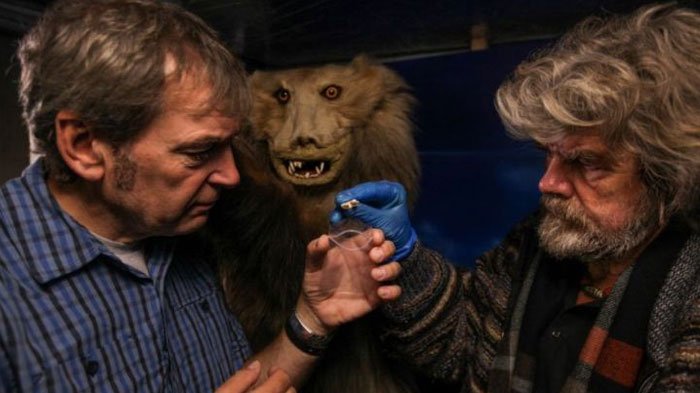 When it comes to sightings, there are a countless number of them every year, but none have yet to prove that the Yeti really exists. And according to the Nepalese, we shouldn’t be looking. They warn that he’s a whistling, growling beast that can kill you with a single punch, and if you come upon him, they say, you have no chance at survival. But if this doesn’t deter you and you’re really up for taking the gamble, bare in mind that the Yeti is allegedly a nocturnal creature. So if you want any chance at catching a glimpse of him, you’ll have to try to do so during the nighttime. Stay safe, and happy hunting!

0 Comment ON "Uncovering the great Himalayan mystery: the Yeti"