Begging is a tradition in Tibet

In Tibet, begging is not a humbleness behavior to get some food by selling dignity. On the contrary, it is a sacred manner. Begging is a tradition in Tibet. If you travel to Tibet, you’d better keep some small change in your pocket. 1CNY is enough for each beggar. 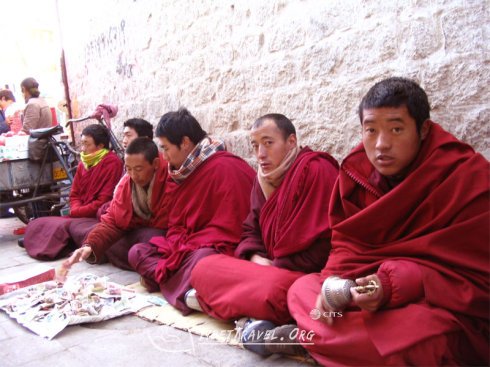 Tibet has a long tradition of begging for alms. In the past, for some tourists, the first thing they noticed on their arrival at Lhasa was not the world famed Potala Palace, but a large numbers of beggars and dogs in the streets. Two rows of huts were built to give shelter to beggars at the end of Barkor Street, in front of the present Tibet Hospital. Lines of blind beggars linked together by a rope would be led by a dim-sighted beggar, chanting something religious and singing in deep and low voices. Monks would sit along the street cross-legged, chanting sutras and begging for alms. In front of each would be a long horizontal piece of cloth with quotations from the Buddhist scriptures written on theme. The most active were child beggars. Their begging songs were almost joyful. You know, some Tibetan pilgrims would travel for months to Lhasa to worship the sacred temples. No matter how rich they are, they would not carry lots of money for their pilgrimage. They beg all the way to their last destination, even back home. Even the rich monasteries would send monks out to ask for alms. Today, you can still meet beggars in Tibet anywhere and anytime in Lhasa. Maybe you are enjoying your lunch at a restaurant, or looking around in streets, or visiting a temple. Some are Lamas from far away, who sit along the busy street cross-legged, chanting sutras and begging for alms; some are pilgrims from other places, who are spinning a prayer wheel and begging for alms. These beggars are easily satisfied by small change. 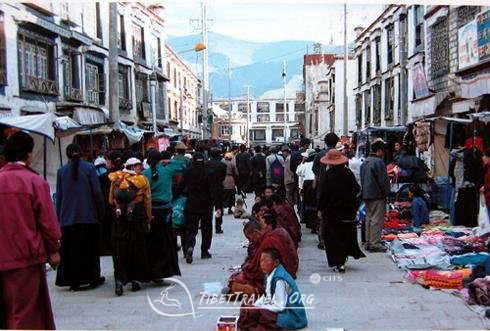 Some beggars in Tibet are not begging for themselves but for sacred temples, holy mountains and lakes. After begging for tens of years, they would spend thousands of RMB to plate the Buddha of Sakyamuni with gold, or throw jewelry valued tens of thousands RMB into holy lakes. Therefore, Tibetan people never skimp on giving alms to beggars. It is considered meritorious to give alms. But tourists  may sometimes find themselves being pestered by the beggars.