Tibetan people are the inhabitant of the Qinghai-Tibet plateau. They are descended from the ancient Qiang people. More than 4,000 years ago, the ancestors of the Tibetan people flourished in the Brahmaputra Valley. Nowadays, the Tibetans mainly live in TAR, as well as surrounding Tibetan inhabitant areas in Sichuan province, Gansu province, Qinghai province, and Yunnan Province.

Like this mysterious land of Tibet, the Tibetan people who live here are also full of mystery. How do they manage to live at the highest average altitude in the world? What do they believe in? What is their food, clothing, and housing like? Please read on to find more about Tibetan people.

What religion do Tibetan people believe in?

Most Tibetan believe in Tibetan Buddhism and some believe in the old Bon.

All the Tibetan people can’t live without three mascots, that is, Buddha, Buddhist teachings, and Tibetan monks (lamas), which are believed to bring them blessing and harmony.

They also hold that Mount Kailash is the center of the world and all the lives are circling the carriers of holiness. And those sacred carries can be mountains, lakes, stupas, temples, etc.

That’s the reason why you can see many pilgrims prostrating in front of Jokhang Monastery and circumambulating it day and night.

What do Tibetan people eat?

The Tibetan diet is heavily influenced by the environment of the Tibetan Plateau. Due to the harsh natural environment, vegetables and fruits are scarce in Tibet, and the staple food is mainly barley from the plateau. Other foods are mainly beef, lamb, and dairy products.

Tibetan specialties include tsampa, ghee tea, and air-dried beef and mutton. In particular, Tibetan butter tea, a drink made from a mixture of yak butter, milk, and tea, provides Tibetans with the energy they need for daily life, while the oil contained in ghee tea also protects the lips from cracking caused by the dryness of the highland climate.

What are the traditional clothes Tibetan people wear?

Tibetan farmers often wear a dark brown or grey robe made of Pulu (a woolen fabric). Urban residents like businessmen, government officials, and handicraftsmen pay more attention to their dressing. Males usually wear cotton or silk shirt in their robes. Poor or rich, they’ll put a piece of turquoise on the right ear to show their elegance. Upon the arrival of Tibetan festivals, females in the urban area would dress in brocade clothes and rainbow aprons.

How about the nomad living in Tibet?

The Tibetan nomad is one of the major groups of people living in the Qinghai-Tibet Plateau.

The living style of Tibetan nomads haven’t changed a lot since the Kingdom of Songtsen Gampo in the 7th Century. They lead a nomadic life in northern Tibet, wearing Tibetan leather robes, living in Tibetan nomadic tents, and herding yaks, sheep, and horses.

Their tanned skin, strong physique, and noble manner remind tourists of American Indians. Women in the grazing area usually comb their hair into many small plaits, then bundle them into a larger braid hanging after necks and decorate with colored stones. Some of them also cover their hair with a big patch of cloth sewn on copper-coins and shells. Every step they take, all the decorations clink together.

As winter sets in Tibet, they head down to the valley of Yarlung Zangbo River and exchange for daily necessities like tea, barley, etc. With the first ray of spring, all the families move back to the north again.

Many Tibetan nomads have never been to the towns until their death.

Most Read Articles about Tibetan People

To help you know more about the people living in Tibet, we selected the following four articles that are most read by our customers. From these most-read articles about Tibetan people, you will have a better understanding of who are living in the holy plateau, what features of Tibetan people are, as well as how high the status of monks is in Tibet.

In order to help you get to know the Tibetan people better, we also introduce you to the Tibetan culture and customs in detail in terms of clothing, food, etc., so that you can better understand the local culture when you travel in Tibet and avoid misunderstanding and embarrassment with the local residents. 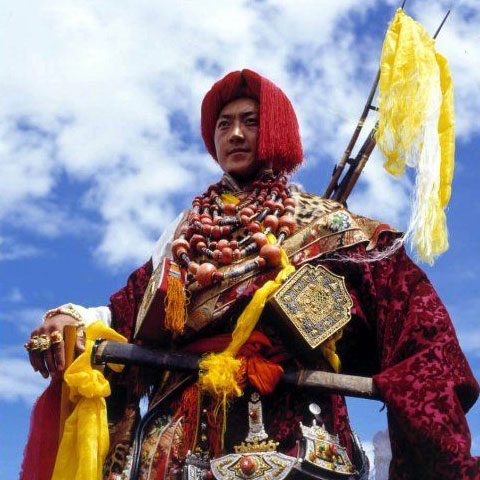 More about the People Living in Tibet

In fact, the Tibetan region can be divided into smaller regions, such as Kham, Amdo, and so on. The Tibetans living in the different regions have some slight differences. The language, culture, dress, and dwellings of these Tibetan people are all different. Here we will introduce you to more about some of the other Tibetans that live on the Tibetan Plateau. 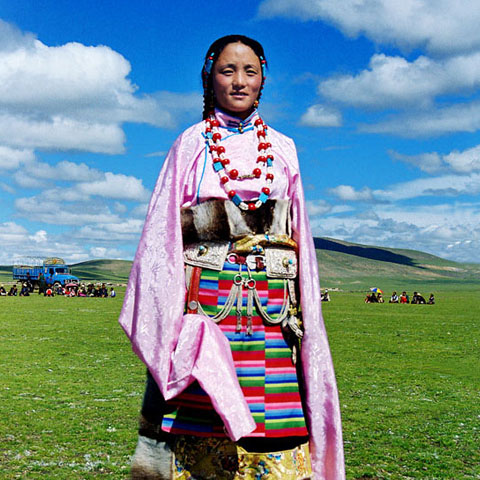 Tibetan clothing is not only influenced by traditional Tibetan culture, but also by the unique climatic characteristics of the Tibetan Plateau, which keeps the Tibetan people warm in the alpine region with a large temperature difference between day and night.

In Tibet, both men and women like to wear jewelry, and the raw materials used for jewelry are turquoise, Tibetan silver, and organic gemstones, which are unique to the Tibetan Plateau.

Here is a detailed description of what Tibetans wear in their daily lives. 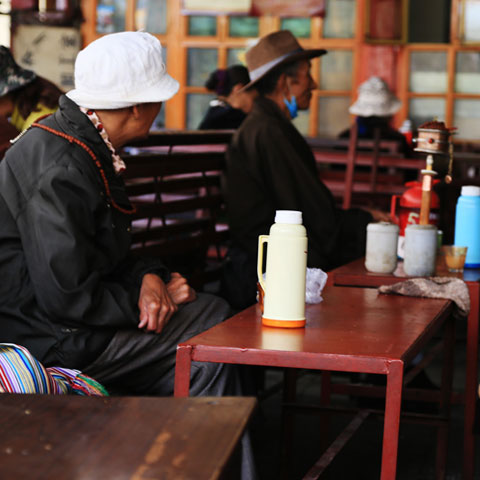 Here we are going to show you more aspects about Tibetan people, such as what their daily life is, how about a Tibet family, what’s the meaning of a Tibetan name, and so on. Keep reading to learn more about Tibetan traditional custom that kept so well by Tibetan people.