Mentsikhang or Tibetan Traditional Hospital lt is a famous hospital in Tibet and has a history that can be traced back to 1916. It began as a regional government teaching organ in which Tibetan doctors and astronomers were trained. In 1959, the government merged Mentsekhang with another medical college, which was formerly situated on the Chakpori Hill. In this way the Tibetan Traditional Hospital and its associated Tibetan medicine factory, were founded. The clinic of the hospital lies in the Barkhor Street, to the west of the Jokhang Temple.

Numerous Thangkas, hanging on the walls of the hospital, contain the Tibetan medicinal knowledge in all of its aspects, from the beginning of Tibetan medicine, to pictures of human anatomy, to methods of treatments, dietetics, acupuncture and so on. The medical Thangkas depict them with succinct pictures and brief words. This kind of Thangka is an important tool in the teaching of Tibetan medicine. 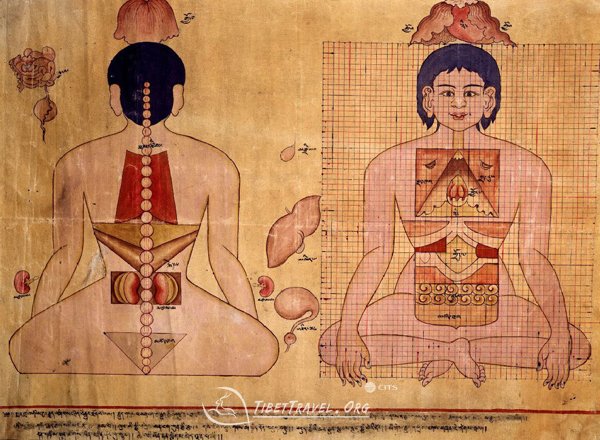 Tibetan medicine has drawn a great deal of attention from all over the world because of its striking effects on a variety of diseases, such as cranial vascular disease, chronic hepatitis, atrophic gastritis, hypertension, cardiac disease, and cerebral hemorrhage, to name a few. Large numbers of foreign experts and scholars come to Tibet each year to study and investigate Tibetan medicine. Some countries have even introduced Tibetan medicine to their home countries.

The hospitals in Lhasa

If you are interested in Tibetan traditional medicine, you can go to visit the hospital, even study in the hospital.