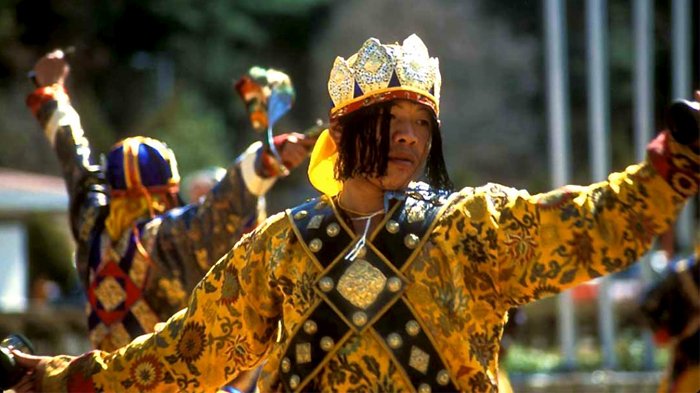 Tibetans were dancing to celebrate the Chokhor Duchen Festival.

The Truth of Suffering

The First Noble Truth often is translated as "Life is suffering." Many people new to Buddhism tune out as soon as they hear this. But the Pali word dukkha also refers to anything that is temporary, conditional, or compounded of other things. Even something precious and enjoyable is dukkha, because it will end. 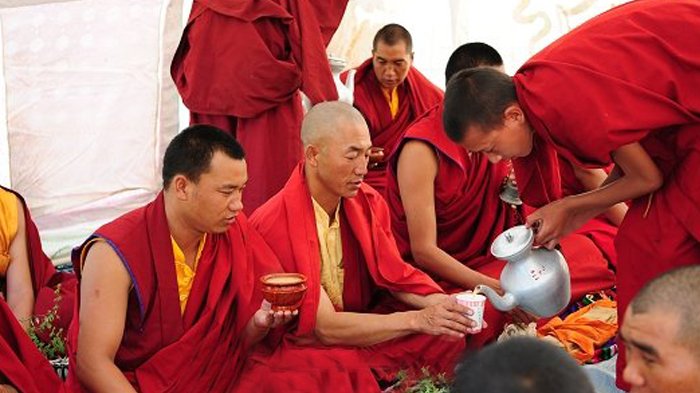 Celebrations of Chokhor Duchen Festival in the temple.

The Truth of the Cause of Suffering

The Second Noble Truth teaches that the cause of suffering is craving or thirst (tanha). We continually search for something outside ourselves to make us happy. But no matter how successful we are, we never remain satisfied.

The Buddha taught that this thirst grows from ignorance of the self. We go through life grabbing one thing after another to get a sense of security about ourselves. We attach not only to physical things, but also to ideas and opinions about ourselves and the world around us. Then we grow frustrated when the world doesn't behave the way we think it should and our lives don't conform to our expectations. The Buddha's teachings on karma and rebirth are closely related to the Second Noble Truth. 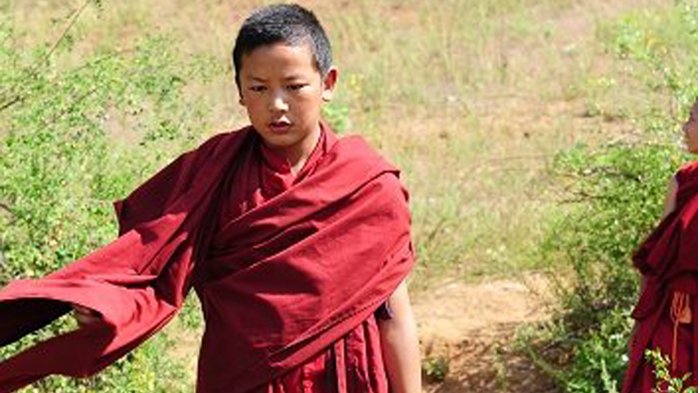 A little lama on the Chokhor Duchen Festival.

The Truth of the End of Suffering

The Buddha taught that through diligent practice, we can put an end to craving. Ending the hamster-wheel chase after satisfaction is enlightenment (bodhi, "awakened"). The enlightened being exists in a state called Nirvana. The truth of the path that frees us from suffering.

Here the Buddha as physician prescribes the treatment for our illness: The Eightfold Path. Unlike in many other religions, in Buddhism there is no particular benefit to merely believing in a doctrine. Instead, the emphasis is on living the doctrine and walking the path. 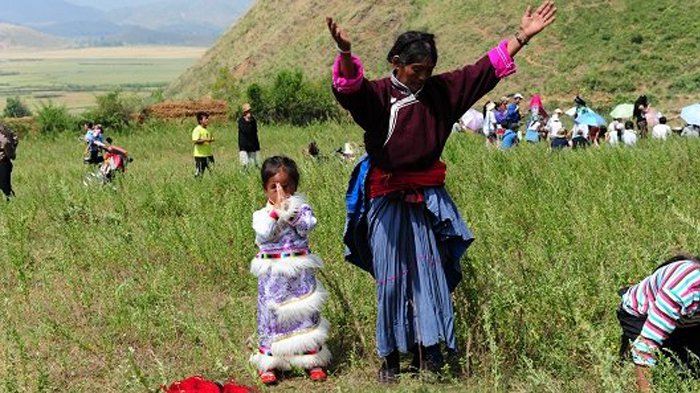 Pilgrims were praying on the Chokhor Dunchen Festival.

In Tibet, the Chokhor Duchen Festival is a day of pilgrimage when believers visit particularly holy spots to leave offerings of incense and prayer flags. The whole community, cleric and lay people alike, join in processions bearing statues of the Buddha and copies of the scriptures.

Chokhor or prayer wheels are common religious objects in Tibet, part of daily life for both Buddhists and followers of the native Bon religion. Hand held wheels are hollow wooden or metal cylinders attached to a handle which when turned are believed to spread spiritual blessing. Mantras such as Om Mani Padme Hum, believed to invoke the attention and blessings of Chenrezig, the Buddha of compassion, may be printed.

If you are interested in this event of Tibet, make a Tibetan Festival Tour during this festival and you can join local people to do pilgrimage aournd a sacred temple or mountain.