A trip to Tibet is usually described as a lifetime journey. It is no exaggeration to say that since you will have an extraordinary experience in Tibet. It’s splendid landscape, unique culture and customs, mysterious religion and kind people would greatly impress you. But sometimes foreign tourists are restricted to travel to Tibet, especially since 2008. The following is a brief review about the history of the Tibet travel ban from 2008 to 2013. 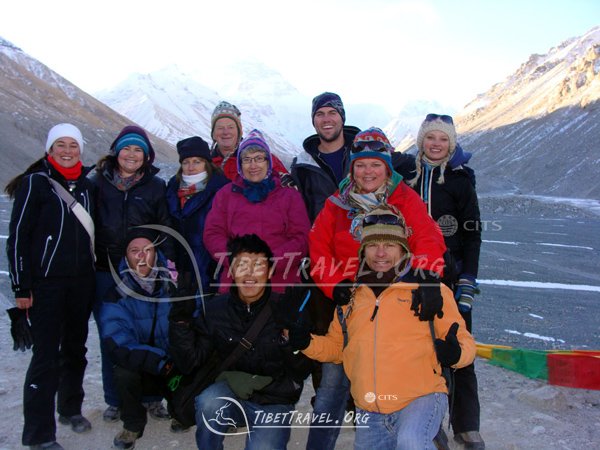 Our clients were at EBC.

As we know, there was unrest in Lhasa occurring on March 14, 2008, which changed the policy of travelling to Tibet. Before that, independent travel in Tibet, even overland along Sichuan-Tibet highway was possible for foreigners, but tourists also needed to apply for Tibet permit through travel agencies. After that, foreigners were not allowed to travel in Tibet alone and must travel with the companion of local tour guide.

After the unrest on March 14 in 2008, foreigners were also restricted to Tibet until the end of June, 2008. From then on, restriction on foreigners to Tibet in March becomes a normal situation each year.

In 2009, foreign travellers were restricted to Tibet in March due to the anniversary of the riots, but allowed to Tibet again from early April.

In 2010, foreign travellers were also restricted to Tibet in March due to the anniversary of the riots, and also allowed to Tibet again from early April. 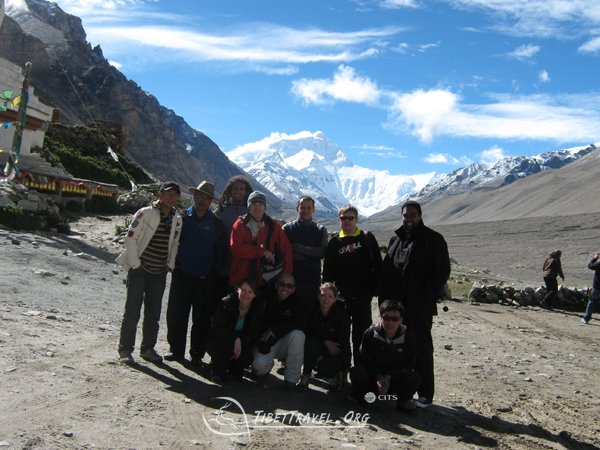 In 2011, foreign travellers were also restricted to Tibet in March, June, July and the first week of October.

In 2012, foreign travellers were restricted to Tibet in March as usual. In addition, Tibet Tourism Bureau issued a new policy on Tibet permit in May. The new policy required tourists to travel in a group with at least five travelers from the same country. Tourists from USA were travelling in Tibet with Tibettravel Org in 2012.

In 2013, foreign tourists are restricted to Tibet in February and March, and possibly allowed into Tibet from early April of this year. (See the exciting news that Tibet begins to issue Tibet permit for individual travellers from the end of March, 2013)

Therefore, we highly recommend tourists to avoid March when making a Tibet tour plan. Besides, when there are important political events and anniversaries in China, Tibet may stop issuing Tibet permit temporarily. Sometimes, it is difficult predict when Tibet will do it. However, it is not necessary to worry too much about it because it rarely happens and such situation usually lasts for a short period each time.