Tibetan Plateau is very rich in wild animals and plants. There are over 5800 species of high plants and around 800 species of wild animals, about 40 of which are existemic in the Tibetan plateau and Himalayan areas.

The main ornamental plants in Tibet are giant cypress, mulberry, picea smithiana, Asiatic longleaf pine, Larix himalaica, Cyathcaceae, and so on. The most famous plant in Tibet is a 2500-year old cypress in Nyingchi Area. It is regarded as a sacred tree in Tibet.

Visiting Tibet, especially taking an overland tour through Tibet, is not only a trip to discover the Tibetan culture and religion, to experience the local Tibetans’ lifestyle, but also a journey through the kingdom of wild animals and plants. To learn more about the other creatures that live on the Tibetan Plateau, please read on to find more about how you can protect their habitat while traveling Tibet.

What are the rare animals that live in Tibet?

The Tibetan antelope is one of the five endemic species in China, inhabiting the Qinghai-Tibetan Plateau region at an altitude of 3700 to 5500 meters. If you take the Tibet train through the Qinghai-Tibet railway into Tibet, you may have a chance to see wild Tibetan antelope along the train tracks as you travel through uninhabited areas of Hoh Xil.

Blue Sheep, also known as Bharals, live mainly in northern Tibet and the Kunlun Mountains. They are adept at moving around on mountain walls and can range from altitudes as low as 2100 meters to as high as 6300 meters.

When you travel by road or train in Tibet, you may be able to see some kinds of the rare species of wildlife on Tibet plateau, such as Tibetan donkeys or antelopes outside your window. You can record their loveliness with your camera. However, when you encounter wild animals in the wild, please follow the arrangements of your guide and do not frighten or hurt them, or be careful not to be hurt by wild animals.

Why Tibetan Yaks are quite indispensable in Tibet?

The yak is a treasure for the Tibetan people. Not only does it provide them with meat, milk, and cheese, but the clothes they wear are also made of the yak’s hair. For Tibetan nomads, yak wool is also the material for their tents. Almost everything in Tibet tent houses is related to yak, and even the yak’s dung can be used as fuel to keep the Tibetan nomads warm and to fuel their cooking.

The yak is also an important vehicle for riding and carrying goods. For example, while doing the Mount Kailash Kora, you can hire a porter and his yak to carry your luggage, which not only lightens your burden but also brings some income to the local Tibetans.

What are some plants that only live in the Tibetan plateau?

Due to the special geographical and natural environment, Tibet is rich in wild plant resources, just like a huge plant kingdom. In particular, large areas of virgin forest are preserved in southeastern Tibet, which is one of the five largest forested areas in China.

Because of the large elevation difference, almost all major plant species from the tropical to boreal regions of the northern hemisphere can be found in Tibet.

In addition, Tibet is home to many rare and endemic medicinal plants, such as Cordyceps Sinensis, saffron, and snow lotus.

Is it possible to take a bird watching tour in Tibet?

Yes, it is. In Tibet Plateau, there are more than 650 species of birds, such as Ruddy ShELDUCK, Crested Brebe, Black-necked Crane, Tibetan Eared Pheasant, Snow cock, etc. For bird lovers, Tibet is definitely a good choice. Here you can see a flock of wild birds flying at will across the vast plateau.

To arrange a Tibet bird watching tour, you first need to decide where and when to go. And don’t forget to apply for the required Tibet Travel Permit for you trip in Tibet.

Most Read Articles about Tibetan Wild Animals and Plants

Tibet’s unique natural environment makes it home to many wild animals and plants. When you are traveling in Tibet, away from modern life, the animals and plants that are around you may be closer to you than humans. Here we have selected the top 4 most-read articles for you to find out what animals and plants in Tibet our customers are most curious about.

Since Tibet is rich in flora and fauna, traveling in Tibet is not only about experiencing Tibet's unique culture, but also about learning about other species that live on the same plateau. Here, we will introduce you to the unique biological resources of Tibet through a more detailed classification below. 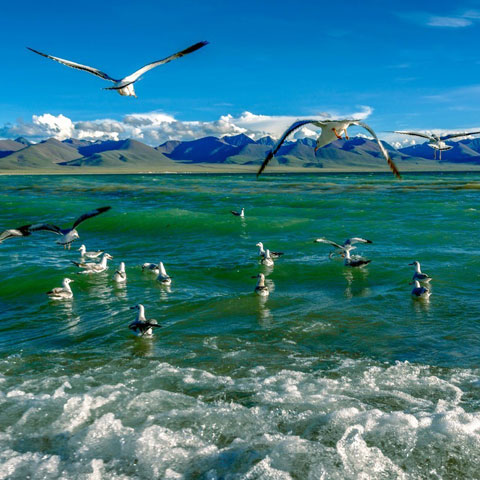 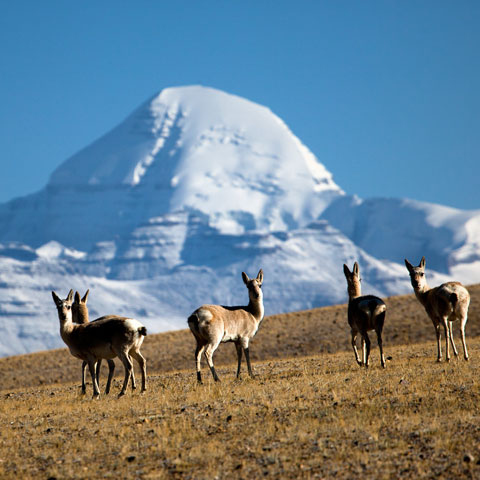 There are many wild animals living in Tibet plateau. Besides the famous Tibetan animals, such as yaks and mastiffs, you may have a chance to see more wild animals during an overland tour in Tibet. Please read on. 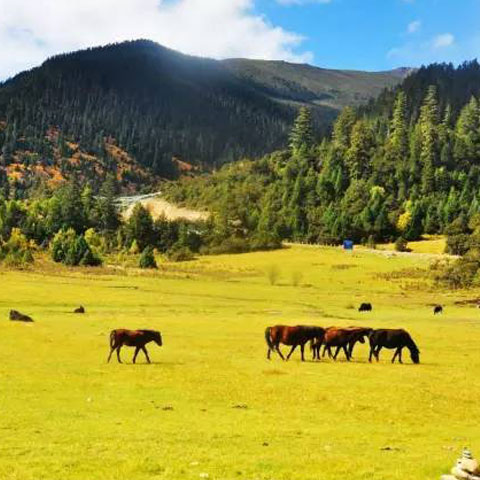 The primary forest in eastern Tibet is one of the five major forested areas in China, where you can find kinds of plants growing in different climatic zones. In addition, there are many other unique plant species in Tibet. Here we will introduce you to more about plants in Tibet.