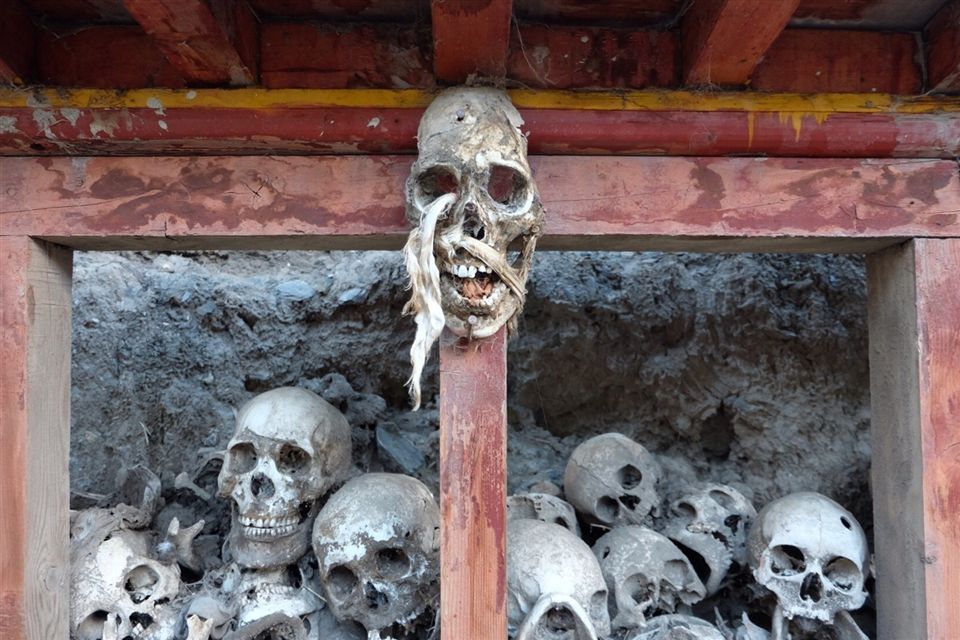 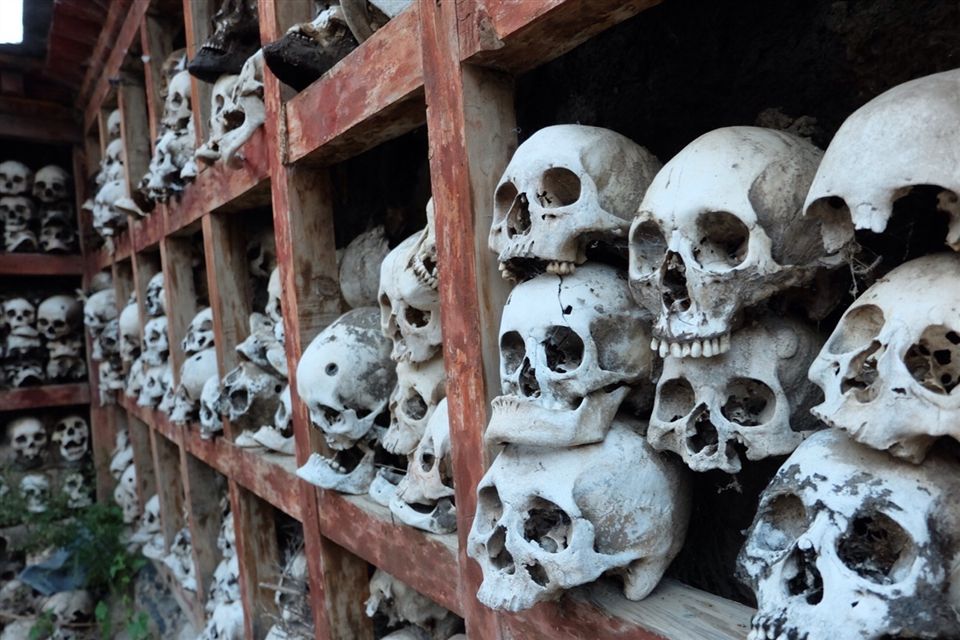 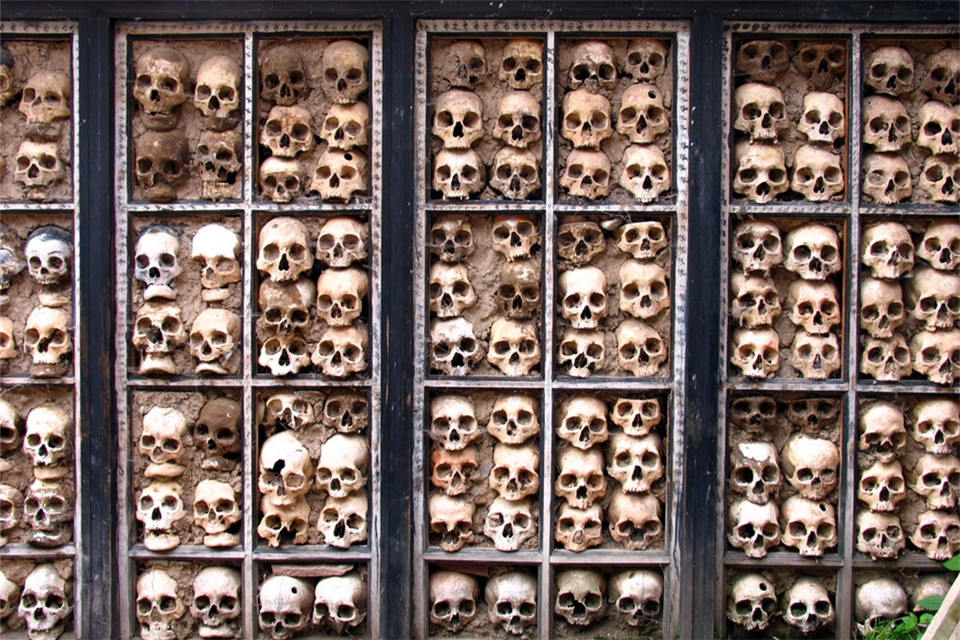 About halfway between Sok and Nagchu is a turn off, south of 317 highway, that brings you to Dodoka Monastery, a remote monastery in Biru County containing one of Tibet’s strangest, creepiest and least-visited sights, the mysterious Skeleton Wall.

Making up the southern part of a half-open courtyard in the monastery, the wall looks like any other Tibetan mani wall from a distance. But as you approach it you realize that instead of being made of engraved prayer stones, it’s made of hundreds and thousands of human skulls.

The skulls, which are still being added to from sky burials carried out within the courtyard, are placed in neat rows and set into wooden blocks, looking like large bookshelves which are in turn set into the inside of the courtyard’s 6 feet clay walls.

At the northern end of the courtyard is a small building that is used by the monks who carry out the sky burials and that contains religious scriptures and icons.

It is thought that only 3 monasteries in Tibet-- all in Biru County -- have ever carried out the practiced of displaying human skills like this. Ridazeng Monastery, just across the river from Dodoka, and Quedai Monastery, on a separate site some distance away, still contain a few human skeletons, but nothing like the number on display at Dodoka. The practice was stopped for a number of years during the Cultural Revolution with many skulls lost, but is has been revived by monks at Dodoka in the past 10 years, using old, recovered skulls then adding to them with the skulls of recently deceased locals. No one really knows when or why the ritual of displaying human skeletons started here, but monks say that they display row upon row of identical-looking skulls to illustrate to people that no matter what we do in life, no matter who you are, we are all equal after death.

Dodoka Monastery is about 50 km from the highway turn-off on a well paved road leading to the town of Biru, which is about 75 km further south. There’s no sigh for the monastery on the Biru Road, but you can see the main hall on your left. The Skeleton Wall’s courtyard has 2 entrances: the west gate is for living people so can be opened. The south gate is for the dead, so is always locked.

1. Foreign visitors will be charged in extra if you want to take pictures or videos.

2. If you don’t have time to make it back to Sok or Nagchu, you can overnight in Biru. There are some decent hotels with dorms, beds and hot showers. 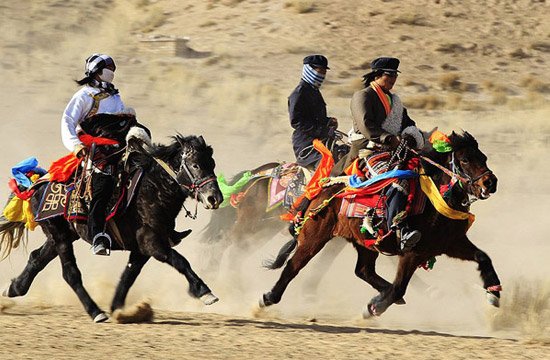 As one of the grandest festivals in Tibet, Nagqu Horse Racing will be held every August. A lot natural and cultural tourists attractions in Nagqu attract a noumber of tourists to come. Tibet Vista provides more than 10 Nagqu tour packages including these tourist attractions at the best price.

You can visit the Skeleton Wall all year round.
Opening Hours: All day long