Located in the southwest of the People’s Republic of China, Tibet Autonomous Region is known as the roof of the world with the average altitude of over 4000 meters. Tibet’s unique geography and natural environment make it unique landscapes and attract thousands of tourists from all over the world. The featured climate of Tibet Plateau makes this land to nurture many animals and plants that are rarely found elsewhere.

Where exactly is Tibet? What does it really look like? We will take you through the real Tibet, starting from its foundation geographical overview.

Where is Tibet located?

The location of Tibet makes it an important gateway to China’s southwestern borderlands since Tibet Autonomous Region is bordered by Nepal, India, Bhutan, and Myanmar, with a land border of more than 4000 kilometers.

At present, only Nepal has a direct land port to Tibet, as well as the only international flight to Tibet from Kathmandu.

How high is Tibet?

Regarded as the third pole on earth in addition to the North Pole and the South Pole, Tibet Plateau, consisting of the Himalayas, Southern Tibet Valley, Northern Tibet Plateau, and mountain and canyon area of Eastern Tibet, possesses an average elevation of 4500 meters above sea level. The general trend in elevation in Tibet is higher in the northwest and lower in the southeast.

From Lhasa, the altitude rises as you travel west through the Shigatse region to the Everest Region. The average altitude in Shigatse is around 3800 meters, while the famous Everest Base Camp is 5200 meters above sea level. On the way, you pass through the viewing point of Karola Glacier at 5039 meters and the Gawula Mountain Pass at 5210 meters, where you can enjoy a panoramic view of five mountain peaks that exceed 8000 meters above sea level.

The highest point in Tibet is the peak of Mount Everest, which is 8844.43 meters above sea level.

What is the total area of Tibet Plateau?

Tibet Autonomous Region covers an area of more than 1.22 million square kilometers, accounting for about one-eighth of Chinese territory.

Second only to Xinjiang Uygur Autonomous Region, it’s equivalent to the total area of Great Britain, France, Germany, the Netherlands, and Luxembourg.

Tibet is divided into seven prefecture-level administrative regions, the largest of which is Nagqu City with 391,816.63 square kilometers, about the same size as the entire Yunnan Province.

The second largest is Ngari Prefecture, with an area of 369,674 square kilometers.

Lhasa, the most familiar to tourists, has an area of 29,518 square kilometers, close to the size of Hainan Province. However, it is the smallest of the seven administrative regions of Tibet.

Shigatse and Nyingchi have an area of 182,000 squire kilometers and 117,000 square kilometers respectively. And the

How many lakes are in Tibet?

Tibet has a total lake area of about 23.8 thousand square kilometers with over 1,500 lakes of different sizes scattering around valleys and mountains. And many lakes in Tibet are endowed with significant religious meanings. Lake Namtso, Lake Manasarovar and Lake Yamdrok are the three world-known holy lakes.

Tibet weather is unique and diverse, influenced by its geography. Generally speaking, the climate of Tibet is cold and dry in the northwest, such as the Ngari region, and warm and humid in the southeast, such as the Shannan and Nyingchi regions.

The best time to visit in Tibet is from April to October, except for the rainy season. During spring and autumn, when there is less rainfall, it is the good time to see the mountain peaks in Tibet in a clear sunny day.

In addition, due to its high altitude and thin air, Tibet is also the place with the most solar radiation energy in China and the longest sunshine hours.

What natural resources does Tibet have?

Tibet is rich in fauna and flora, with 123 species of national-protected animals and more than 6,000 species of higher plants. The rare animals and plants in Tibetan Plateau include the Tibetan antelope, the Tibetan wild yak, Cordyceps Sinensis, snow lotus, and so on. The Great Canyon of the Yarlung Tsangpo River in southeastern Tibet is also one of China's five major forested areas, covering 7.17 million hectares of primary forest.

Tibet also has the largest chrome ore reserves in China and is rich in lithium carbonate. The unique geography of Tibet also makes it rich in geothermal resources. The Yangbajing Geothermal Station near Lhasa is the largest geothermal station in China, providing 45% of the electricity for Lhasa.

Due to its high altitude, Tibet is also very rich in solar energy resources and is one of the world's top choices for solar power generation.

Most Read Articles about Tibetan Geography and Environment

Here we are going to show you the top 4 most-read articles about the geography and environment of Tibet. You can learn more about the fact of Tibet plateau by further reading.

Tibet's unique geography has created a unique ecosystem and a wealth of natural resources. Here we will introduce you to Tibet's rich geography and natural resources by categories, and hope you will be able to better experience the charm of Tibet plateau during your trip to Tibet. 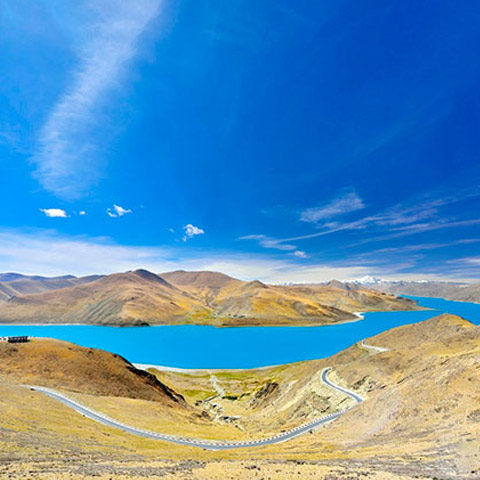 Surprisingly, Tibet is the region with the largest number of lakes in China, with more than 500 lakes of various sizes, accounting for 30% of the total area of lakes in China. Among these highland lakes, which of them is an essential checkpoint for your trip to Tibet? Here is the detailed travel guide to those popular lakes in Tibet. 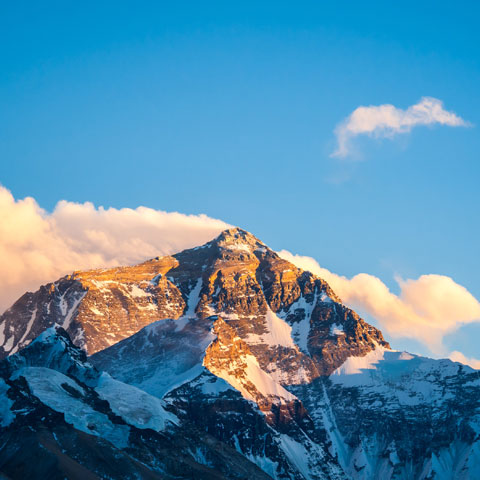 The main mountain ranges in Tibet are Mount Everest, the Gangdise Mountains, the Nyenchen Tanglha Mountains, the Tanggula Mountains, and the Hengduan Mountains. These mountains contribute to Tibet's unique landscape, including the top of the world, Mount Everest, and the Great Canyon of the Yarlung Tsangpo River. In Tibetan culture, many mountains have their own legends and religious power, such as the sacred Mount Kailash in Ngari and Mt. Namchabawa in Nyingchi. 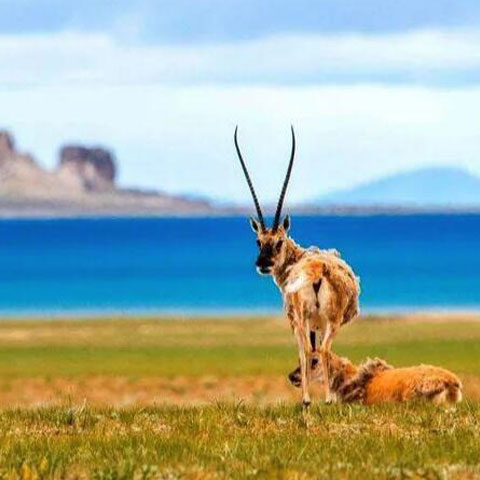 The natural environment of the Tibetan Plateau is somewhat harsh for human survival, but it is home to many rare plants and animals. Please join us in learning more about the unique flora and fauna of Tibet.