This short cycling tour will take you to enjoy the beautiful countryside scenery and visit some sacred sites of Lhasa. It takes almost half a day to bike to Drak Yerpa, about 16km away from Lhasa City. Drak Yerpa consists of a monastery and a number of ancient meditation caves. When getting to the monastery, you need to walk around 3 hours to visit its meditation caves because there is only a very narrow footpath, no road for bike.

A saying goes like this: "Lhasa is the shrine of Tibet; Drak Yerpa is the shrine of Lhasa.” Drak Yerpa, located on the northern bank of Kyichu River in Dazi County, is an important monastery of Nyingma Sect of Tibetan Buddhism. It is famous for its ancient meditation caves. It is said that there were originally 108 caves, but now only a dozen of them remain. Among them, the earliest one is the cave of Songtsan Gampo. The cave, located in the side of the cliff, originally contained a Buddhist Niche in which was an ancient mural and statue of Songtsan Gampo. Many individual temples were built around the cave, then after several expansions, they were consolidated forming the well-known monastery.

Itinerary  Start from the hotel, ride a bicycle to Dra yerba monastery.

After the tour, we will drop you off at your hotel.

Drak Yerba  located in northeast Lhasa, 30kms away, Drak yerba was built in 7th century by the Tibetan king Songtsan Gampo for one of his wife. There were 108caves in history around the monastery and it was used to be the famous meditation place for monks and Lamas. Now, there are more than 10caves still in use. The site is deeply peaceful and has stunning views.

There are a number of small temple shrines and hermitages, and the cliffs contain some of the earliest known meditation sites in Tibet, some dating back to pre-Buddhist times. Among them the most famous are those traditionally associated with Songtsan Gampo. Padmasambhava or Guru Rinpoche (late 8th to early 9th century), also meditated and practiced yoga with his yogini Yeshe Tsogyal here. Several other Guru Rinpoche's disciples are said to have meditated here. Thus, this site became one of the three most important centers of meditation and retreat in central Tibet. There is also an ancient sky burial site opposite the main caves. 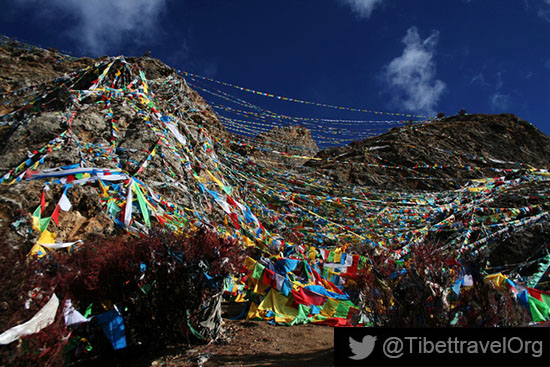 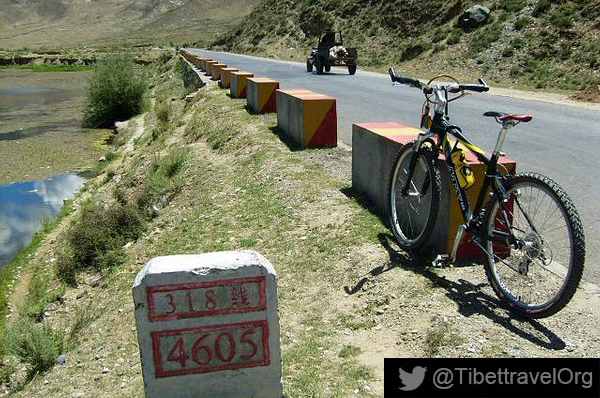