Lying in the Lhasa Old Town, Barkhor Street or Bakuo Street, reputed as the “heart of Lhasa”, is the most famous pilgrimage circuit and bustling bazaar in Lhasa.

Originally, Barkhor Street was just the single circumanbulation around Jokhang Monastery and called as “Holy Road” by local Tibetans. But now, it has gradually expended into the large old-fashioned neighborhoods around the Jokhang Temple, consisting of Barkhor East Street, Barkhor West Street, Barkhor South Street and Barkhor North Street. With the circumference of about 1000 meters, this ring road has 35 backstreets and alleys, preserving the traditional appearance and living style of the ancient Lhasa city. Around here, you step into a time warp, catching glimpses of what life must have been like centuries or even a millennium ago.

Whenever you come, you can also encounter the devout pilgrims walking clockwise around Barkhor Kora with pray wheel spinning in hand or prostrating themselves with Buddhist mantras murmuring. Roaming around the street, you must be fascinated by the various kinds of traditional Tibetan costumes and exotic handicrafts from Nepal, India, Bhutan and surrounding countries. Besides, you can find the best Lhasa restaurants and mouthwatering food hidden in Barkhor circumanbulation, such as Makye Ame, Guangming Sweet Teahouse, and so on. By the way, apart from the prestigious Jokhang Temple, there are lots of off-the-beaten-track attractions along the Barkhor circuit, like Qing Government in Tibet Grand Minister Administrative City Former Site, Gendun Choephel Memorial Hall, etc.

To put it simply, Barkhor Street is a lively combination of local neighborhood, pilgrim circuit, marketplace, restaurants and historical sites. Please follow our in-depth guide below and make the most of Barkhor Street tour.

Location: Chengguan District, Lhasa, Tibet, China; or an area of a public square and 35 backstreets around Jokhang Temple

Type: the holiest pilgrimage circuit and oldest street in Lhasa; the most famous bazaar and souvenir paradise in Tibet 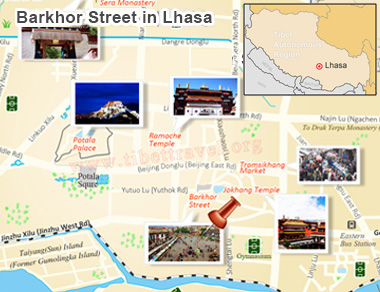 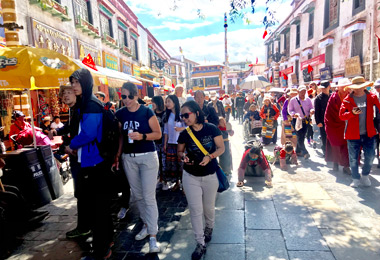 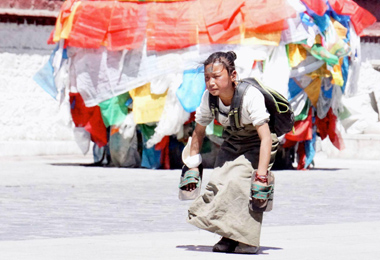 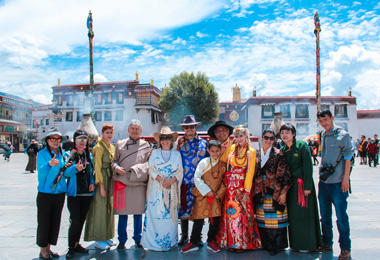 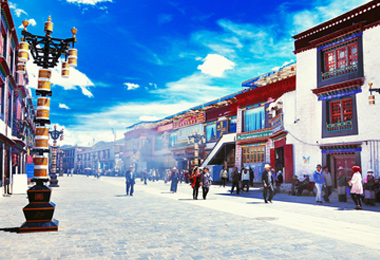 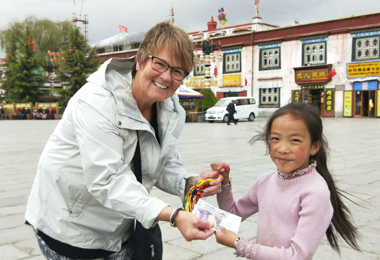 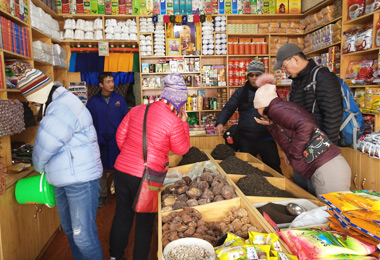 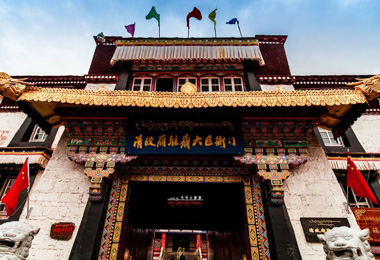 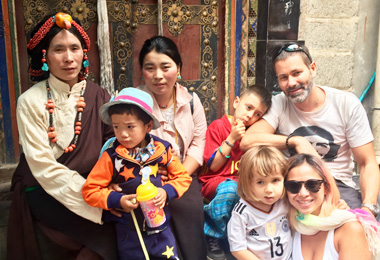 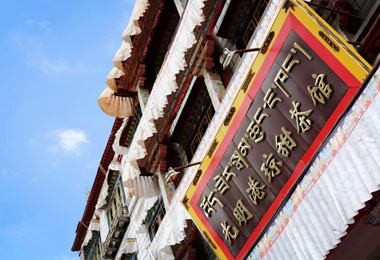 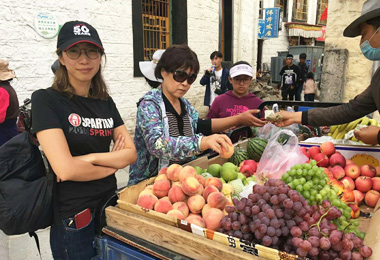 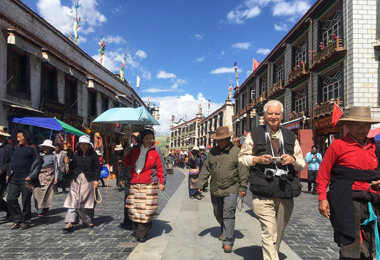 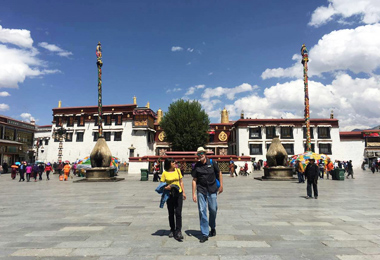 All Articles about Barkhor Street

To make sure you can enjoy the best Barkhor Street travel experience available, we kindly prepare the latest and most easy-to-use Barkhor Street travel and tour guides below for you. From Barkhor Kora and pilgrimage circuit to Barkhor Street Market and Bazaar, etc., you can follow the insider’s tips and won’t miss a tour highlight when visiting the most vibrant street in Lhasa. 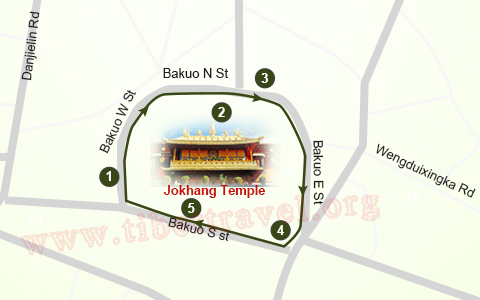 Lhasa, as the capital city of Tibet, undoubtedly, would boast many ancient and notable attractions. But one of the best ways to explore this ancient city is to join in one of its oldest and most venerated rituals - Barkhor Kora, a devotional pilgrim circuit around the exterior of the old Jokhang Temple. For the first-timers to travel Tibet, you may be drawn by the scene of dozens of people walking around the temples along the Barkhor Street in a clockwise ...... 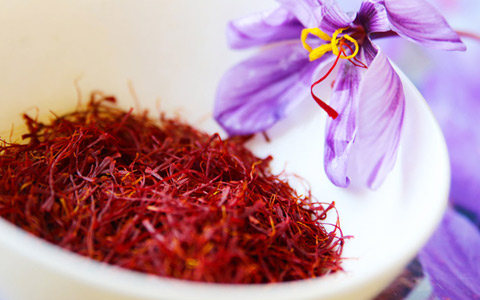 Barkhor Bazaar Tibet: the perfect place to shop for gifts and souveniors in Lhasa

Barkhor Bazaar is one of the most famous of all places to go shopping in Lhasa. This circuitous street, that encompasses the world famous Jokhang Temple, is the best place to go to get authentic, local-made souvenirs from Tibet. One of the oldest streets in Lhasa, Barkhor Street was developed along with the Jokhang Temple in the early part of the seventh century. Originally just a path around the temple, trodden by the weary feet of the thousands of ...... 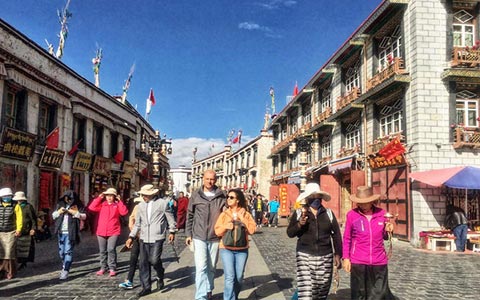 Barkhor Street Market: the best place to experience the vibes of Lhasa

Tibet has always been the place full of wonders. If you have just restored the peace of mind from the obsession with the magnificence of Potala Palace, then the Barkhor Street Market may make you stumble into another wonderful land that triggers your endless curiosity and imagination. With a special circled street and a public square, Barkhor Street is located around Jokhang Temple in the old district of Lhasa City, featuring with pure city life pattern and unique ...... 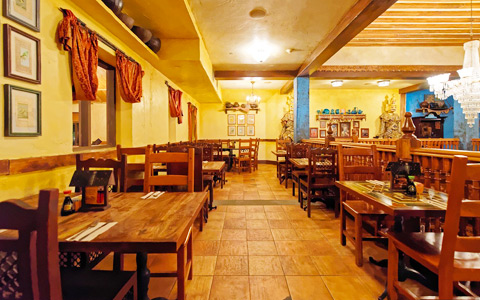 When on a trip to Tibet you tend to enjoy its heavenly beauty and climate. Its mesmerising views, monasteries, temples etc. are overwhelming. But the trip cannot be completed without tasting the authentic food. I believe food plays an important role in the great experience of trip. Barkhor Street in Lhasa has many renowned restaurants and various other small and big eating joints. All the restaurants are well furnished and well ......

After touring Potala Palace and Jokhang Temple, you can spend the whole afternoon walking the Barkhor pilgrimage circuit with the devout pilgrims or bargaining with the local vendors for the fabulous souvenirs in the Barkhor Bazaar. Check the top 4 highly recommended Tibet tours with short visit to Barkhor Street.