Travel to Tibet in September: top things to know about taking a tibet tour in september

September is one of the best months to visit Tibet after the monsoon season of Tibet. September is another wonderful season to view the world’s highest Mt. Everest. In addition, Tibet in autumn presents an amazing natural landscape of fabulous mountains and lakes. A large number of tourists flock into Tibet. It is said that the oxygen content on the Tibet Plateau in autumn is much higher compared with other seasons and tourists might be better protected from the possibility of altitude sickness. It is actually quite comfortable to go everywhere within Tibet, especially to sacred Mt. Kailash, holy Lake Manasarovar, Namtso Lake, and Mt. Everest.

Climate and Weather of Tibet in September

Besides, it usually rains at night in Tibet during September. Generally, it would not rain during the daytime. The rainy season would pass quickly around late September. Overall, the sky would always look more blue and cleaner in the morning after the rain stops. The strong radiation of sunshine during the daytime makes the temperature increase rapidly. Therefore, September is said to be one of the best months to visit Tibet.

September is one of the better times to travel in Tibet for clear drier weather, and is a great time for trekking in the region.

As the main monsoon season dries up, Lhasa becomes a less crowded place in September, as the bulk of the visitors decline somewhat. However, the month can still be busy in the capital, and the attractions are often still crowded, though not as bad as in the peak months. The temperatures are still pleasant, and without the rains, the capital once again becomes the City of Sunshine. 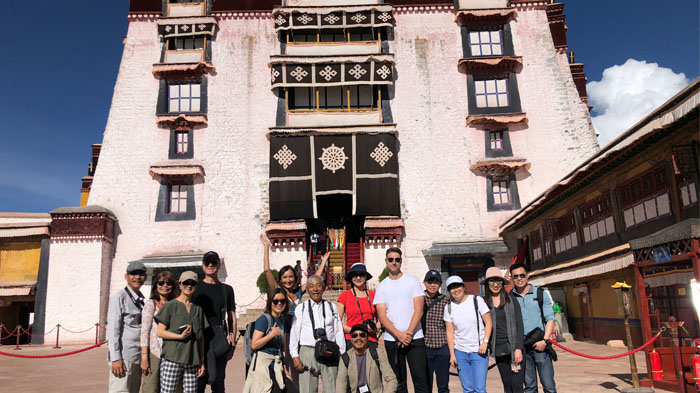 September is one of the best times to visit Lhasa, Tibet.

Reputed as the most beautiful lake in Tibet, the Heavenly Namtso Lake is a sacred lake you couldn't afford to miss, especially a Tibet tour in summer and autumn when it is the best time to visit the holy lake at the foot of Nyenchen Tanglha Mountain Range. A trek around the lake is highly recommended to get a closer view of the natural wonders there.

After April and May, September is another recommended month to make a Tibet Everest Base Camp Tour as the visibility is much higher compared to the monsoon season in summer. Tourists traveling to Tibet in September will have the chance to witness the clear and magnificent natural landscape of Mt. Everest. The amazing sunset glow and sunrise landscape here will make Tibet tour a journey of a lifetime. 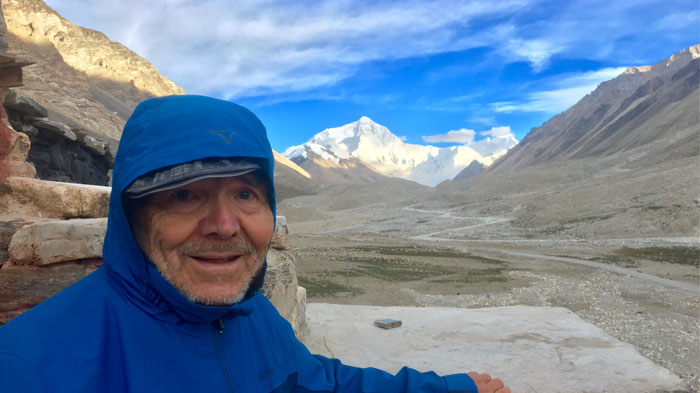 The imposing Mount Everest is also available in September.

September sees a resumption of the trekking around the Mount Kailash Kora in September, and the mountain sees an increase in both tourists and pilgrims taking the long trek around the 52-kilometer circuit of the world’s most sacred mountain. The stunning Lake Manasarovar is also more popular again as for September rolls around, with pilgrims taking on the vast kora trek around the huge lake. The surrounding countryside in the area of Kailash and Manasarovar is still lush and green from the summer rains, and the herds of yaks are happily grazing on the lush grasslands.

An important festival in Tibet, the Bathing Festival is one of the most devout occasions in the Tibetan calendar. The festival features most of the devout Buddhists across the plateau heading for the lakes and rivers to bathe in the refreshing and cleansing waters at the time when Venus is seen in the low sky to the north of Tibet. Legend says that disease once decimated the plateau, and the Avalokiteshvara poured holy water into the lakes and rivers to cleanse the disease from the people of the region.

Held at the Reting Monastery to the north of Lhasa, the Pabang Dangkuo Festival was originally a purely religious celebration, though it has since developed into one of the main festivals of the autumn season in Lhasa. After the morning ceremonies and prayers are over, the people gather on the plains surrounding the monastery, for horse racing and various contests. Then the lamas will chant sutras in the big tent with a stone altar, to establish the famous Reting Pabang Throne, before laying a whole dead lamb in front of the altar. 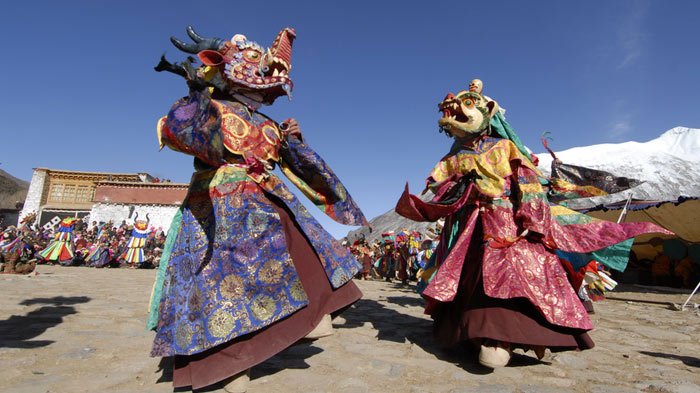 Autumn is a harvest season on the Tibetan plateau. Thus, Tibetans would hold a festival to pray for a good harvest, that is, Ongkor Festival, also known as Bumper Harvest Festival. "Ongkor" in Tibetan means "surrounding the farmland." Various interesting celebration activities are held, such as horse racing, shooting, dancing and singing, Tibetan traditional Opera, stone lifting, wrestling, etc.

The yak is often regarded as one of the gods in Tibet, and this favored beast is one of the mainstays of Tibetan culture. The festival begins on the 15th day of the 8th month in the Tibetan calendar, and lasts for around ten days, and even up to a whole month. During the festival, lamas recite prayers over the dozens of yaks that will be slaughtered and cooked, and the yak races will begin, along with a trade far and many contests and games.

September is a much like May in Tibet, with little rain, cooler temperatures, and generally dry weather. While you can wear t-shirts and light pants, nights can get colder so warmer sweaters or a warm light jacket is useful to have around. Good sturdy boots for the rough landscape are a must, and the need for warm socks is back again. And it is handy to have a light raincoat, just in case you get caught in the odd shower. 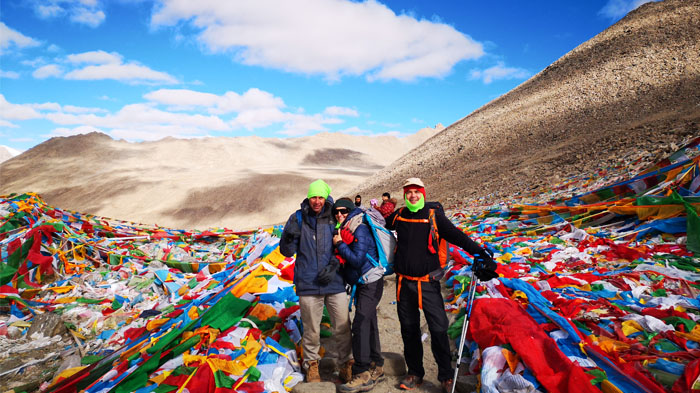 Trekking in September can offer you a wonderful trek experience in Tibet.

If you are planning on trekking, then bring layers to moderate your temperature between warm and cool, as the temperature changes from night into the day can get a little colder. And if you are camping along the trek, a good warm sleeping bag, and a waterproof tent will be necessary. While the land is drying, it can still be slippery in places, as well as rocky along the trails, so trekking poles are very useful when trekking in high altitudes.

As well as clothing, you may need to add a few other essential items to your general packing list. You should make sure you bring any regular medication that you will need, as well as a small first aid kit, just in case. You will also need to have a good sunblock, moisturizer, lip balm, sunglasses, and protective headgear, as the harsh sun and biting winds can be damaging to your skin. Prepare spare batteries for your camera and enough cash as it is still not very convenient to draw money from ATMs or banks in Tibet, especially in remote areas of Tibet.

Tips for Tibet Tours in September

As it is close to the peak tourism season of Tibet, it is advisable to join in a tour group to cut down the cost. You can stay overnight in a family hostel as a good choice for a more authentic Tibetan experience. While they are the low-cost form of accommodation, they are more than suitable for a good place to stay and are pleasantly comfortable.

Trekking is one of the major activities in Tibet in the month of September, and while there are some amazing trekking trails to be found on the plateau, care must be taken when trekking at high altitudes. Altitude sickness can be a common illness in Tibet for foreign travelers, and you should take care to prevent it from ruining your trek by acclimatizing properly before you leave Lhasa and only ascending slowly and at the recommended limits.

September is still a relatively busy time of year, so you are advised to book your trip and travel requirements well in advance. While the major period of the peak season is already drawing to a close, September is still one of the main times of year for international travelers coming to Tibet, and hotels, flights, and trains can book up fast.

If you are planning to travel to Tibet in September, then you are in for a pleasant trip and some of the best and clearest weather of the year. Skies are clear and bright, and the weather is cool and comfortable after the summer heat and rains. It is also advisable to travel in Tibet before the end of September, as the start of October sees a massive increase in domestic tourists, which leave the plateau crowded and busy once more for around a week. 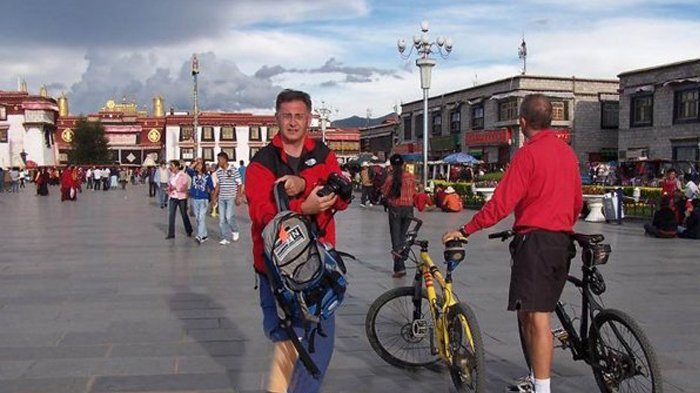 Two cyclists are touring Barkhor street in Lhasa in September 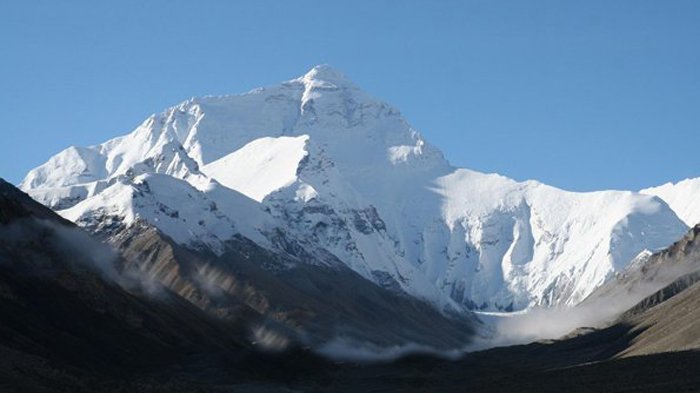 You will appreciate the clear view of Mt. Everest in September. 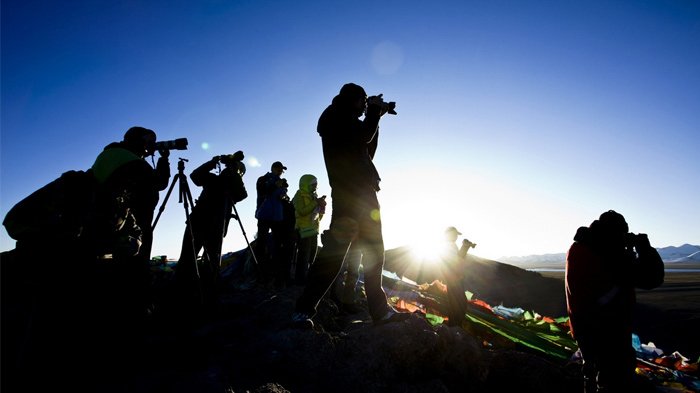 Tourists are busying photographing the stunning beauty of Namtso Lake at twilight in September. 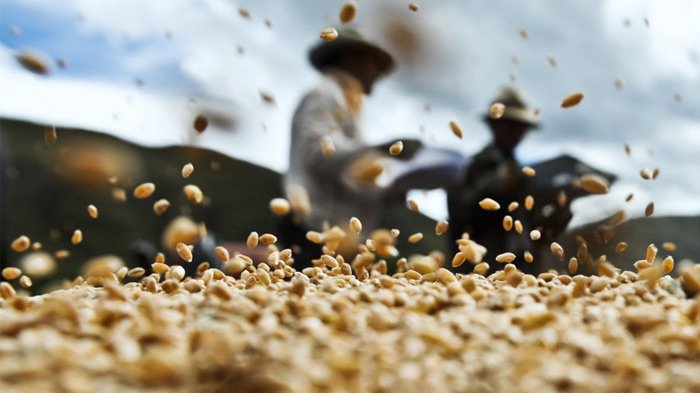 Tibetan farmers are harvesting the wheat on the farm.

0 Comment ON "Travel to Tibet in September: top things to know about taking a tibet tour in september"