The autonomous region of Tibet remains an almost mythical destination to many people. Knowledge of Dalai Lama and Mount Everest is usually as far as the knowledge about the highest region in the world extends. Still, Tibet is home to some of the friendliest people in the world, amazing landscapes dominated by the sky-soaring Himalayas and fascinating Tibetan Buddhist heritage. What makes Tibet even more unique is the fact that the religious and secular life are the same thing here. Tibet has even more to offer, and we could summarize the top reasons to visit Tibet in the following categories:

The unrivaled nature of Tibet varies from valleys surrounded with snow-peaked mountains to scenic lakes to lush forests to deep canyons. Taking photos of Mount Everest, the snow-capped roof of the world that separates Tibet from Nepal, is reason enough to visit Tibet. Eternal snows cover Mount Kailash, a sacred mountain among the Buddhists and Hindus. Featuring a shape of a pyramid, it also boasts Buddhist Swastika, symbolizing the power of Buddha. Known as "Heavenly Lake," Lake Namtso grants a spiritual experience unlike any other. The lake's surface reflects rugged mountains, blue sky and white clouds that seem to be just overhead. 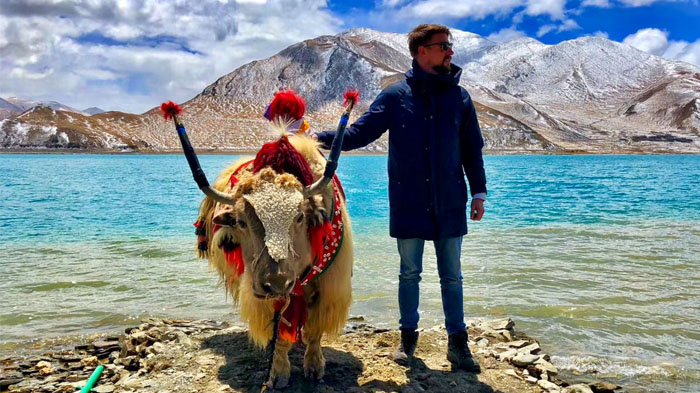 Yamdrok Lake is one of the "Three Holy Lakes" in Tibet.

Yamdrok Lake, known as "jade lake" and "coral lake," is a sacred lake of Tibet. The turquoise lake sits amidst gray and verdant mountains. Located in the east of the Tibetan plateau, Lulang Forest features pine trees, rivulets, meadows, and mountains. Nearby Yarlung Tsampo is the world's deepest canyon whose lowest point is just over 6 kilometers/19,700 feet deep.

Jokhang Temple, the spiritual center of the Tibetan people, is an architectural masterpiece of Lhasa, the capital of the autonomous province of Tibet. Featuring Chinese, Indian, Nepalese and Tibetan details, the temple displays exquisite murals and Buddha statues in various postures throughout chapels, rooms and hallways. 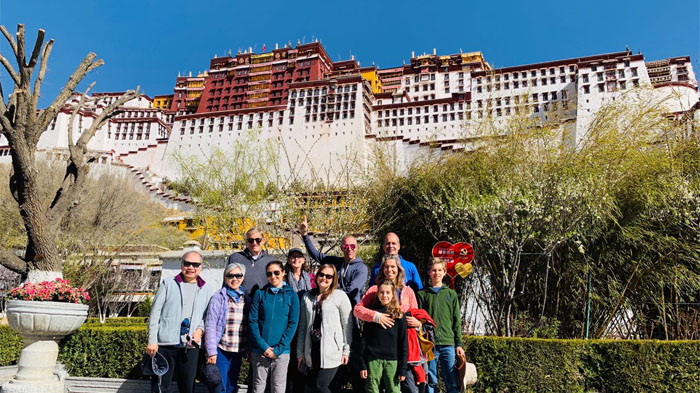 Potala Palace is one of the landmarks of Tibet.

Potala Palace is the UNESCO site dominating the skyline of Lhasa. Featuring Red and White palaces accessible via monumental stairways, Potala combines elements of a place of worship and a stronghold. The palace boasts golden roofs, bell-shaped stupas and Buddhist chapels.

Featuring traditional Tibetan religious architecture, Tashilhunpo Monastery is an enormous complex consisting of nearly 60 halls and over 3,500 rooms. With a high hill as its backdrop, golden-roofed Tashilhunpo houses a large statue of Future (Maitreya) Buddha.

Tibetan Buddhism plays a major role in the lives of Tibetans. Most of the locals practice this form of Buddhism, which incorporates elements of Buddhism and Bon religion, the original religion of the Tibetan plateau. Main objectives of Buddhism of Tibet are self-improvement, compassion and reaching enlightenment. When visiting the province, the devotion of the Tibetans to meet these criteria is obvious wherever you look.

Monks are the most respected members of the society, locals chant mantras and do kowtow rituals, and worshipers walk "kora" around holy places such as monasteries and temples. The religious spirit of the Tibetans is especially evident during religious celebrations. At times like these, thousands of them take pilgrimages to Mount Kailash and go to sacred sites to participate in holy ceremonies.

Wherever you travel around the world, you meet people that are pleasant, friendly, warm, but also those that aren't any of that. As you set foot in Tibet, you encounter only people described by the first three traits. Extremely hospitable and friendly toward travelers, honest and sincere Tibetans will go an extra mile to treat their guests with a feast and give them a present before parting ways. As considerate hosts, they make every effort to entertain their guests and make them feel at home. When visiting a Tibetan family, you feel as welcomed by old friends you haven't seen for a very long time.

Tibet residents refer to the Tibetan Lunar Calendar to determine when festivities take place. There are more than 20 Tibetan festivals, with the following ones being the most popular and significant among them:

Tibetan New Year celebrations fall in January according to the local calendar. The celebration lasts three days during which Tibetan people visit monasteries and shrines and attend dances and performances symbolizing the fight of good against evil. Before and during New Year festivities, drawings of various symbols with different meanings decorate the walls. 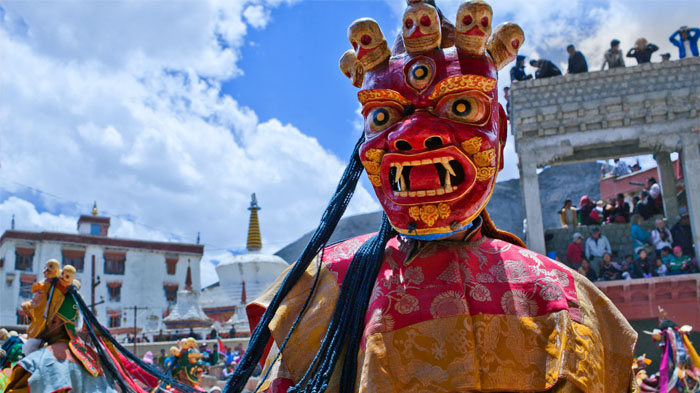 Saga Dawa Festival, taking place in April according to the Tibetan Lunar Calendar, is the holiest one. The Tibetans celebrate the month in which Buddha was born by joining pilgrimages to important monasteries and Mount Kailash. They also strive to do as much good as possible by releasing wildlife and gifting the poor.

Shoton Festival, occurring in July by the local calendar, is the most popular festival among the Tibetans, who dance, sing and attend operas. Drepung Monastery, where you can see a giant Buddha painting on the first day, is among focal points of the Shoton festival.

Tsampa, usually made of barley flour, is the food on which generations of Tibetans have grown up. The locals eat this traditional dish with cheese of dri (female yak), butter tea and, occasionally, sugar. Yak meat is an essential ingredient of various Tibetan dishes. Momos (dumplings) and Tibetan pizzas are some popular dishes containing yak meat, while dried meat of yak is another local specialty. 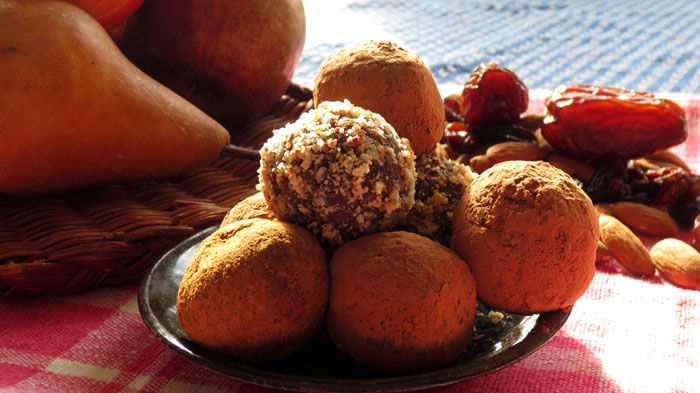 Tsampa is a traditional Tibetan Food favored by tourists.

You can call sweet tea Tibetan coffee, which is a welcome drink in local households. Sweet tea commonly comprises fresh or powdered milk, brown or white sugar and black tea. Thenthuk, a soup comprising noodles, yak meat, and vegetables, is great to get you warm.

Trekking is a great way to familiarize yourself with the Tibetan plateau, its nature, culture and wildlife. There are many treks in Tibet varying in duration and difficulty suitable for accommodating all adventurers.

Five-day Lhasa Tour and Pilgrimage Path is an easy trek, catering to children and seniors. The trek introduces the highlights of Lhasa, such as the fortress-like Potala Palace and the multi-styled Jokhang, Drepung Monastery and hermitage caves of Drak Yerpa. Twelve-day trek from Nyenchen Tanglha to Lake Namtso is also an easy one. The highlights of this trek are natural beauties of Tibet, such as heavenly Lake Namtso, willow and rhododendron forests and grasslands. 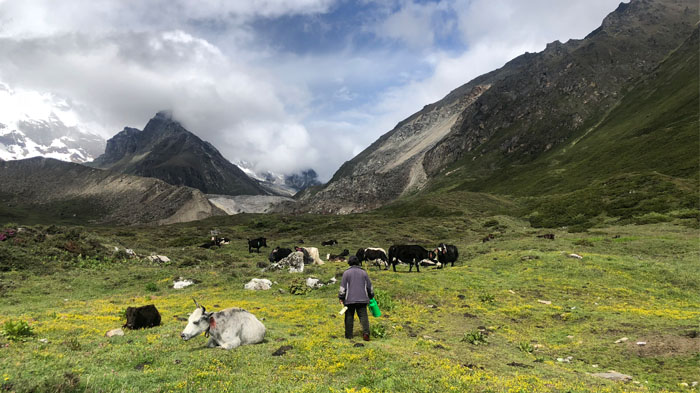 You can view the yaks and high mountains along the trekking route.

Sixteen-day Gama Valley Trek around Mount Everest introduces a few of the world's highest peaks an ecosystem consisting of valleys, forests, and meadows. According to expert explorers, this trek is among "the top ten treks worldwide."

Many rare and endemic wildlife species inhabit the vastness of Tibet, proving the autonomous region one of the top world destinations for naturalists.

Vultures, sacred Tibetan birds, and Ruddy Shell Ducks, typically seen on lakes and rivers in winter, are a few iconic bird species here. While climbing Mount Everest, you may see Bar-Headed Geese flying over the mountain.

Similar to cow, but with longer hair, Tibetan Yak is essential to Tibetans as the means of transport, a food source (cheese and meat) and farming. 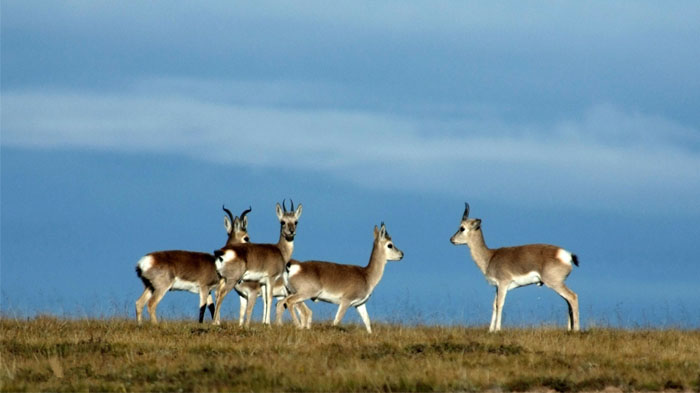 Tibetan antelope is one of the treasured wildlife in the world.

Tibetan antelopes and mastiffs are other unique animals you may spot while exploring the Tibetan countryside. While furry antelopes inhabit semi-deserts and mountain steppes, mastiffs commonly accompany nomads and safeguard their sheep from wolves, leopards and other predators.

Convenient Trains and Flights from Mainland China and Nepal

After arranging the desired tour with a local travel agency, getting to Tibet via Nepal or China is an entertaining and scenic experience when you travel by plane or train.

Flight from Kathmandu, Nepal, to Lhasa, Tibet, lasts about 1:30 hours and the flight is available on a daily basis. Airplanes depart around midday and land at Lhasa Airport between 3 pm and 4 pm because of different time zones.

Depending on the outbound destination, traveling by train from main cities of China to Tibetan capital may last between 36 (Chengdu) and 55 hours (Guangzhou). The duration of the journey is approximately 40 hours from Beijing and 47 hours from Shanghai. The main advantage of traveling by train over an airplane is the opportunity for you to adapt to the altitude difference.

With so many opportunities, traveling Tibet is a lifetime experience if you allow a reputable agency, such as Tibet Vista, to help you organize a tour. If you are after a memorable, cost-effective vacation, our experts are here to provide that and more. By joining in our Tibet group tours designed by travel specialists, you will experience the very best Tibet has to offer while enjoying suitable accommodation, efficient transport and expert guidance.

As pointed out, the Tibetan Plateau lies at high altitudes featuring lower oxygen levels. Hence, it would be beneficial if you acclimatize yourself for a few days at altitudes where oxygen starts to decrease, between 2,200 and 2,500 meters above sea level, for example. Once you adjust yourself to lower oxygen, enjoy your Tibet tour with exploring Tibetan nature, culture, art and people in full. 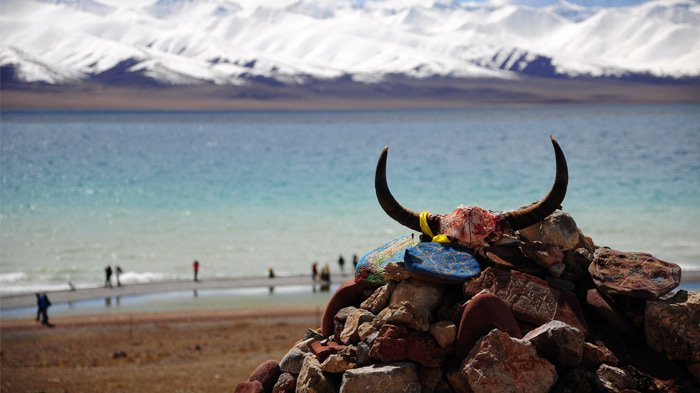 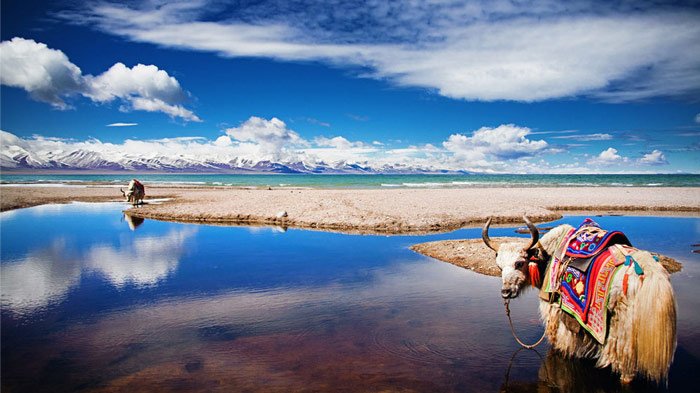 The crystal blue lakes around Lhasa. 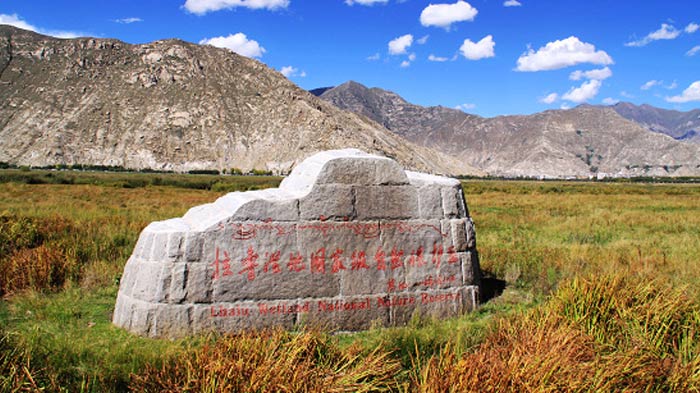 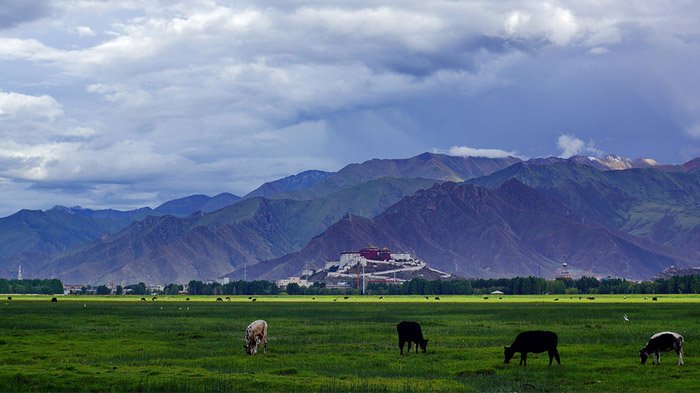 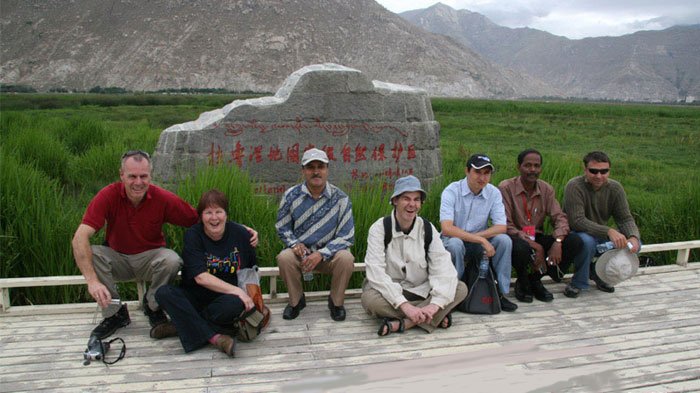 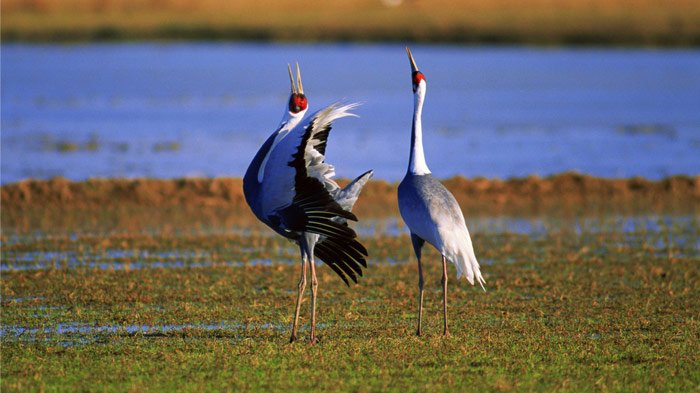 The animals in their natural habitat.