Tibet Lakes: How Tibetan lakes are formed and what are the must-sees for a Tibet tour

The Qinghai Tibet Plateau is a land of lakes and mountains and has around 787 lakes within the Tibet Autonomous Region alone that cover around 24,000 square kilometers. On this scale alone, Tibetan lakes make up more than 30 percent of the total number of lakes in China, and this does not include those that are smaller, some little more than a pond a few meters across. 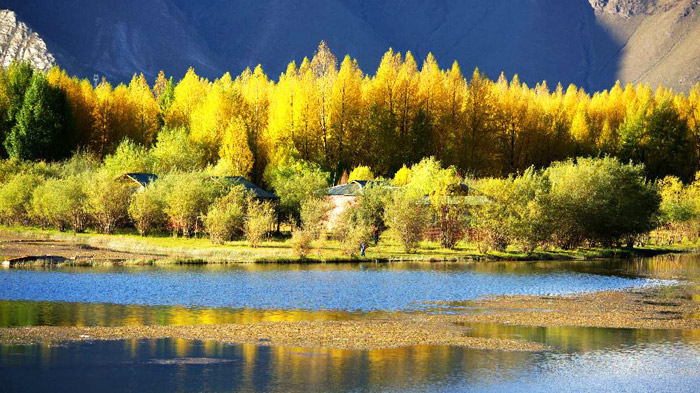 With some of the largest lakes in China, as well as the highest lakes in the world, traveling to the stunning lakes of Tibet, a great many of which are considered to be either sacred or holy, is an awe-inspiring adventure of immense magnitude. To travel to all 787 lakes would take years, as they are spread across the whole plateau, from north to south and east to west.

Formation, Types, and Distribution of Lakes in Tibet

There are several types of lakes in Tibet, which are categorized by the water systems they belong to. The main types are: outflow lakes, inland lakes, and inland lakes with throughput. They can also be divided into chemical types, such as saline lakes, freshwater lakes, and salt lakes or into genetic types, such as tectonic lakes, glacial lakes, and barrier lakes.

Majority of the lakes in Tibet are inland lakes, with many of them distributing their waters into the main rivers that flow east and west from the Tibetan plateau. Many of the saline lakes in Tibet are remnants of the ancient sea that once covered the area of land that was pushed upwards by the movement of the Indo-Australian tectonic plate under the Eurasian plate, leaving a plateau with massive pools of water that formed into the saltwater lakes we see today. 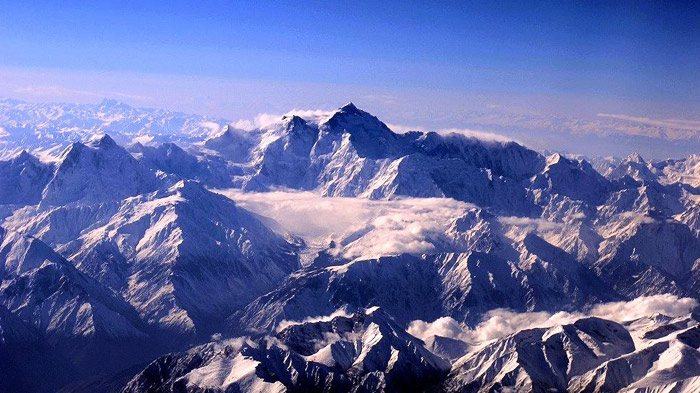 Most of Tibetan lakes originate from Himalayan ranges.

Many of the freshwater lakes have been formed by either barrier formation – where landslides have blocked river courses millions of years ago, creating massive lakes in the basins that surrounded the rivers – or by the residual melting of the alpine glaciers that formed on the sides of mountains, which slowly pooled into natural basins in the landscape, forming freshwater lakes in the process. The largest such glacial lake is the famous Lake Yamdrok, which was formed more than 30 million years ago from the tongue of an ancient glacier that crashed down from its perch on the surrounding mountains, filling the basin where it now lies.

With hundreds of lakes to choose from, it can be a hard choice knowing which lakes to visit on a tour of Tibet, However, there are a number of the larger lakes that are considered to be sacred in Tibetan Buddhism, which make a great list for visiting during a tour of Tibet.

Named in Tibetan as “Heavenly Lake” , Namtso is one of the Great Three Sacred Lakes of Tibet, along with Lake Yamdrok and Lake Manasarovar. Lying to the north of Lhasa in Damxung County, on the boundary with Nagqu Prefecture, it is the largest Salt Lake in Tibet and the second largest in China. It is also the highest Salt Lake in the world, at an altitude of 4,718 meters above sea level. 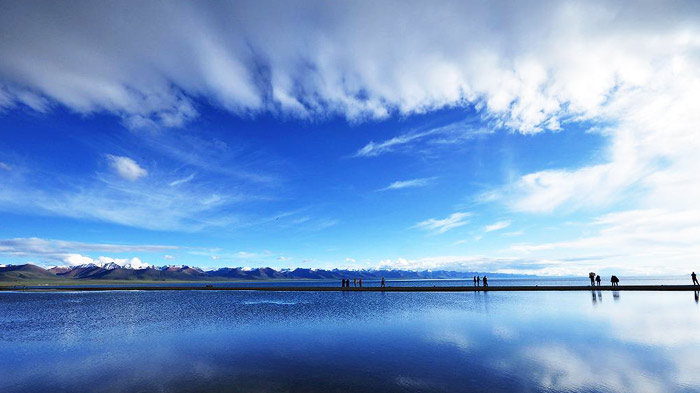 Namtso Lake, one of the great three sacred lakes of Tibet.

Namtso was formed in a tertiary depression in the landscape, and is constantly receding, which can be seen by the multiple lakeshore residues that lie around the edge of the lake. It is estimated to be around 80 meters lower than its highest residual lakeshore. One of the most popular lakes for tourists to Tibet, the lake has a stunning turquoise color to the waters, which reflects the sun into shimmering sparkles as it sets in the west.

Often called the most beautiful body of water in the world, Lake Yamdrok is so widespread that it is impossible to see from one end to the other. The name of the lake means “green jade lake on the pasture”, and legend says that it was the scattered jewels of the earring of a goddess who threw the jewels to the earth for the Tibetan people. More than 130 kilometers across all its branches, Lake Yamdrok has three sister lakes – Kongmucuo, Chencuo, and Bajiucuo – which are linked to Yamdrok Tso by hand or foot. 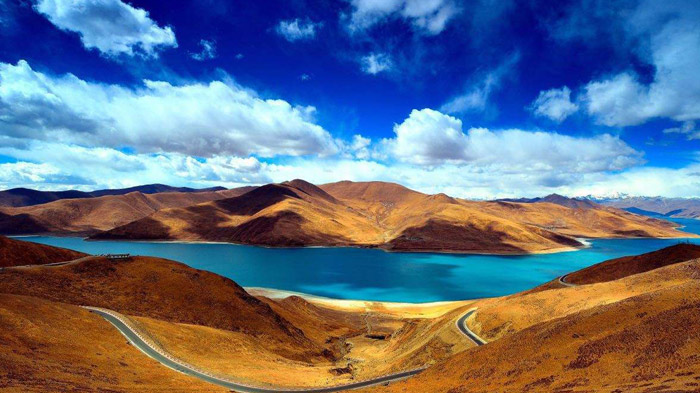 Yamdrok is a glacial lake with no obvious outflow. No rivers run from the lake and no underground streams have been found. However, despite having no outflow, this stunning freshwater lake, which is fed by glacial melt throughout the year, does not increase in water volume, and the water level is the same now as it was 1,000 years ago. A unique balance exists between the glacial inflow and the natural evaporation of the water.

Known as the Mother of the Holy Lakes, Manasarovar is considered to be one of the most sacred lakes in the world, and many Hindus and Buddhists believe that to bathe in the lake can wash away the sins of a lifetime. Lying in western Ngari prefecture, almost 2,000 kilometers from the Tibetan capital of Lhasa, this stunning lake lies just a few kilometers to the south of Mount Kailash, the world’s most sacred mountain. The lake is a freshwater lake, which is fed from the glaciers around Mount Kailash. 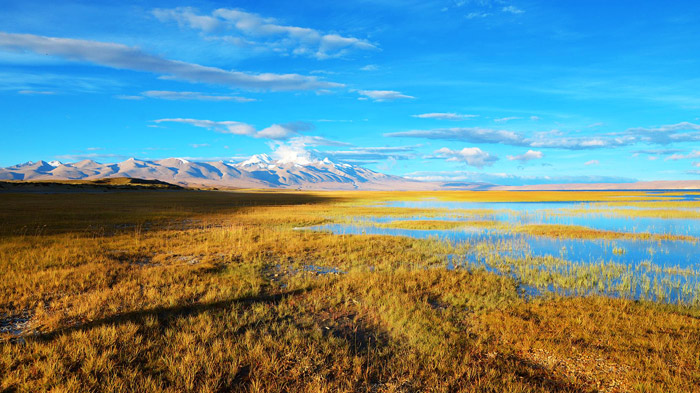 Lake Manasarovar is believed to take away the sins of a lifetime after bathing.

In Hinduism, the lake is believed to have been born from the mind of the Lord Brahma and manifested on earth, while in Tibetan Buddhism, it is associated with the legendary Lake Anavatapta, where Maya was believed to have conceived her son, the Buddha. There are several monasteries around the shore of the lake, the most stunning of which is the Chiu Monastery, which appears to have ben carved from the very rock of the hill on which its stands.

While not actually a holy or sacred lake, Rakshastal does have some significance in Buddhism in Tibet, aside from being the twin to Lake Manasarovar. Often spoken of as the blue Devil Lake, it is shaped like the outline of a crescent moon, and is a saltwater lake, in direct contradiction to its twin. A channel links the two lakes, and the sweet waters of Lake Manasarovar flow west into Lake Rakshastal’s bitter and astringent water. 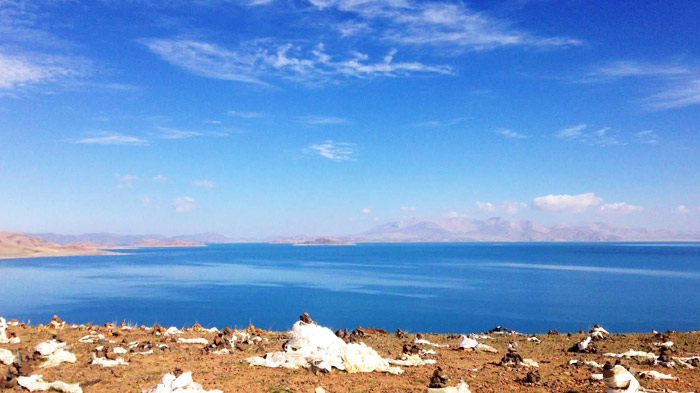 This kind of polar opposite is common in Tibetan Buddhism, in a similar way to that of Yin and Yang in Chinese mythology, or the idea of the mother of Buddha hugging the devil. In writings, it has been said that the twin lakes show the unique balance of the universe and the harmonious and unified spirit of the earth.

Lying in Nyingchi Prefecture, around 400 kilometers to the east of Lhasa, Basum Lake is the sacred lake of the Nyingma School of Tibetan Buddhism and one of the largest freshwater lakes in eastern Tibet. Surrounded by high mountains, the area around the lake has a very mild climate, consistent with the rest of the lower areas of Nyingchi Prefecture. Lying at just 3,538 meters above sea level, the name means Three Rock Lake in Tibetan, and it has several islands out in the lake. 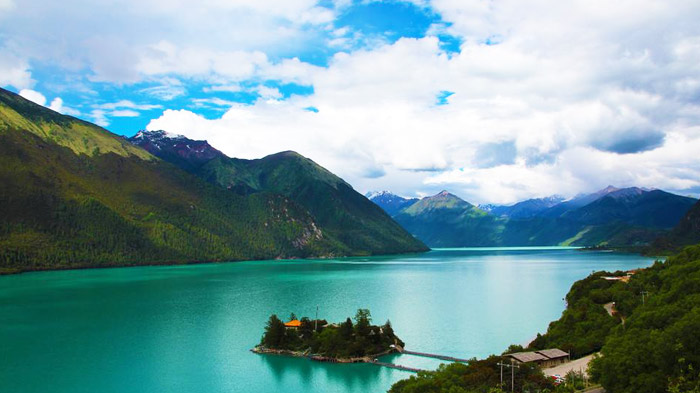 Basum Lake is the sacred lake of the Nyingma School of Tibetan Buddhism.

The largest of the sacred lakes of the Bon religion, the ancient animistic religion of the Tibetan people, which predates Buddhism on the plateau, Tangra Yumco is the third largest lake in Tibet and has an altitude of around 4,600 meters. Lying in the southwest of Nyima County in the Nagqu prefecture of Tibet, this saltwater lake has been the topic of many myths and legends since the time of the Bon religion’s dominance in Tibet. 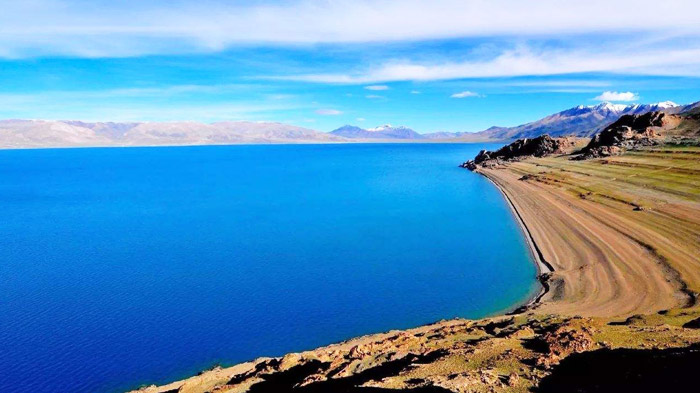 Tangra Yumco is the third largest lake in Tibet.

Known as the Goddess Skull Lake, Lhamo La-tso is shaped roughly like a skull, and Tibetan legend says it is the melted body of the Buddhist protector of Tibet, Palden Lhamo. The lake is also said to be the place where the spirit and soul of the goddess were laid to rest to benefit the Tibetan people. Lying in the remote mountains of Shannan prefecture to the southeast of Lhasa, and is a four-hour hike from the Chokorgyel Monastery, as there are no roads to the lake. Lying at an altitude of around 5,300 meters, it was at Lhamo La-tso that Reting Rinpoche received his vision of three Tibetan letters and of a monastery with a jade roof, which led to the discovery of the 14th Dalai Lama in 1935. 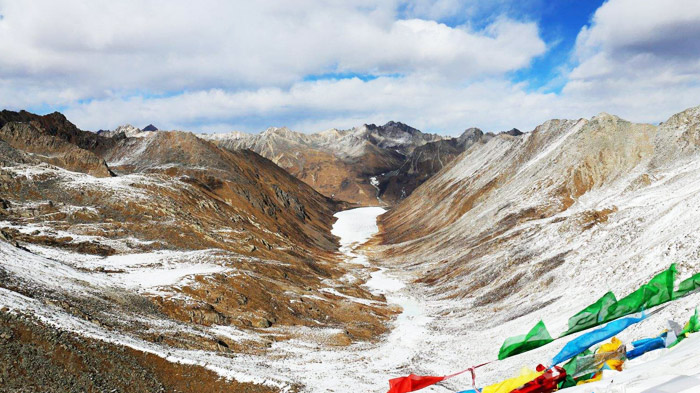 It's said that people can see previous and present life in Lhamo La-tso.

Located in Baingoin County of Nagqu Prefecture, Siling Lake is the second largest saltwater lake in Tibet and forms a major part of the Siling Co National Nature reserve which was established in 1993 to protect the indigenous wildlife and flora of the Tibetan plateau. A popular breeding ground for the rare black-necked cranes in Tibet, the lake is surrounded by lush green grasslands that are the home to many nomadic families and their herds of sheep and yaks. 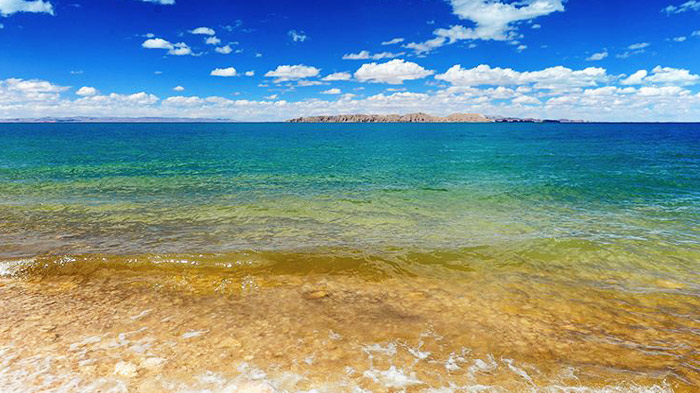 Siling Lake is the second largest saltwater lake in Tibet.

At an elevation of around 4,530 meters, this saline lake is fed by two freshwater streams, the Tsagya Tsangpo and the Boques Tsangpo, yet remains a saline lake with very bitter waters. In legends, Siling was a huge demon that lived to the west of Lhasa, who was found to be swallowing men and beasts by the thousands. After a heavy storm, the Guru Rinpoche, also known as Padmasambhava, found Siling whilst slaying other demons in the area. Unable to defeat Guru Rinpoche, the demon fled to a vast lake of mud to the north, and Guru Rinpoche, on finding him hiding there, commanded him to never leave the lake and never kill the lake’s creature.

0 Comment ON "Tibet Lakes: How Tibetan lakes are formed and what are the must-sees for a Tibet tour"