Tibet has been referred to as “the roof of the world”, and what a wonderful place to travel to and see the stars, and to take photographs. With an average elevation of over 4,000 meters above sea level, the region is perfect to get you that much closer to the heavens and allow you to get the best astronomical photographs possible.

With its thinner air and dry atmosphere, Tibet is an ideal location for photographing the stars and the night sky. The lofty mountains, which draw visitors for their beauty, also help to keep the sky clear of clouds, giving stargazers the best view of the universe. And the remote location means there is no artificial light pollution to block your view of the myriad suns and galaxies that cover the skies at night.

The best time to take photographs from any of the given locations in Tibet is during spring and fall, when the skies are clearer, and there is less chance of rain. June to August, the summer months, are also the monsoon season, and the skies are often spread with rain clouds, which makes it harder to get a good view of the stars.

The first Dark Sky Reserve in China, Ngari Prefecture is perfect for this 2,500 square kilometer reserve. It is deliberately designed to limit light pollution to allow for the best view of the night sky possible, and obviously the best photos possible as well. Launched jointly by the China Biodiversity Conservation and Green Development Foundation and the regional government of Tibet, it is devoted to protecting the night-time environment and the dark skies that are slowly disappearing around the world. 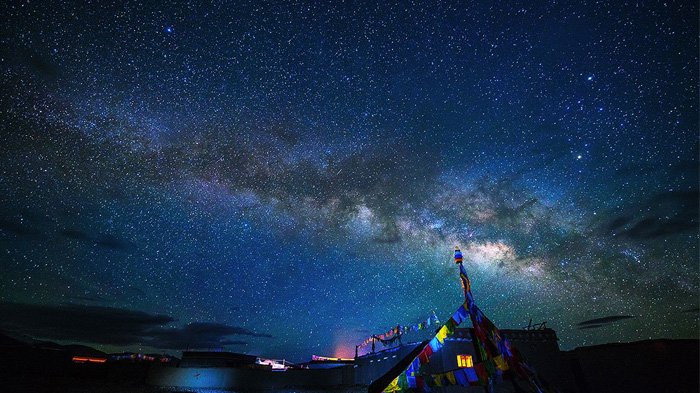 The night sky of Ngari

The preservation of these areas is important to promote astronomy, and Ngari was chosen as it is one of the best sites to observe the stars clearly, due to its high altitude and large number of clear, cloudless nights. With Mt. Kailash nearby, the reserve can be reached with one of Tibet Vista’s tours to the area.

Located in Nangartse County, just over 100km southwest of Lhasa, Yamdroktso Lake is one of the three holy lakes of Tibetan Buddhism. This holy lake sits 4,441 meters above sea level, and is the largest inland lake on the northern Himalaya range. In the area of the lake, the night skies take on a clearer and sharper picture, with the normally white stars showing in the reds, golds and blues that they really are. The atmosphere here is very thin, allowing a much better view of the universe, and a much clearer photograph of our own galaxy, the Milky Way. Tours go to the lake regularly, and although it is in the Himalaya range, it is easy to get to, being close to Lhasa. 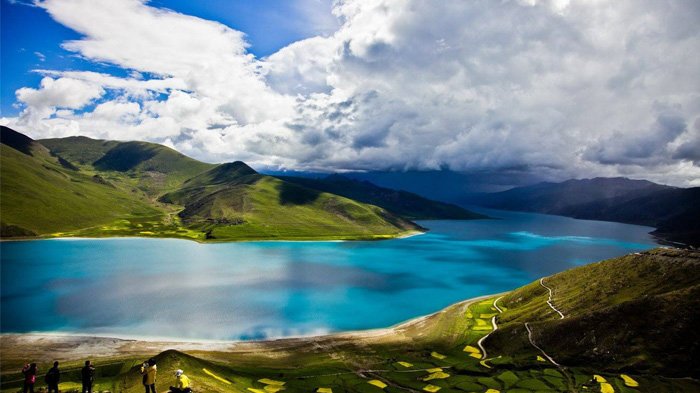 The largest lake in Tibet and the second largest saltwater lake in China, Namtso Lake stands at 4,740 meters above sea level, and is one of the best places to take photographs of the night sky. In Tibetan, it is called “Heavenly Lake”, and its 1,920 square kilometer surface reflects the stars of the heavens at night. This is the world’s highest lake, and it offers one of the best views of the night sky in the world, from anywhere around its shores. 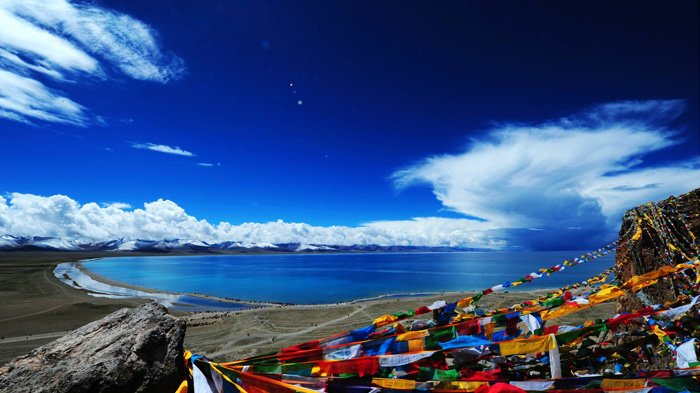 Getting to Namtso Lake is easy from Lhasa, as it is located on the border of Damxung County and Bango County, and is only a 4 hour drive. Some trekking is required to get to the lake shore, and you can set up a tent and camp there, to get the best of the night sky.

In the northwest of Tibet, stretching almost 1,600km to the east, is the Changtang Plateau. This high plateau is covered with extensive highlands and huge lakes. The plateau is mostly covered by nature reserves, and Changtang Nature Reserve is the second largest in the world. The plateau is an excellent place for photographing the increased wildlife that has gathered there since it was established as a nature reserve, and even better for the photography of the night sky, with clear views and beautiful mountains and lakes to set against the starry sky. 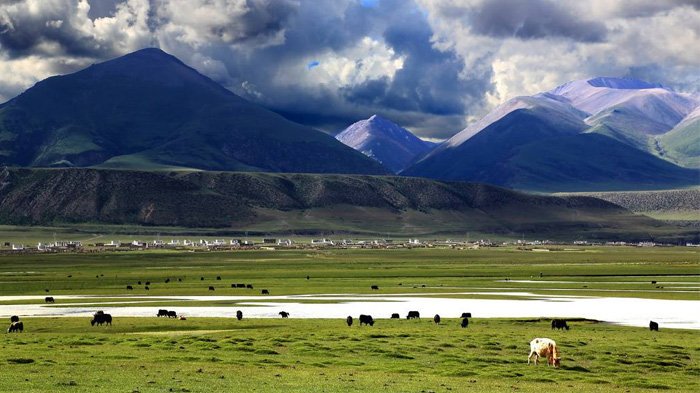 At the high elevation of the Tibet Autonomous Region, photography of the night sky is another major tourist attraction. And with the increase in reserves of the Chinese government, there are more areas now in Tibet where light pollution is kept to zero, with a new Dark Sky Reserve planned for Nagchu Prefecture. So get yourself up to the “roof” and get your best stellar photographs ever.

Shigatse Prefecture in southwestern Tibet, is the home to Lake Paiku, one of the highest lakes in the region, at 4,591 meters. With an area of over 300 square kilometers, the lake is rich with fish, and other marine life, and the surrounding countryside is inhabited by flocks of yellow ducks as well as wild horses and donkeys. An amazing foreground for night sky photography, the lake perfectly reflects the beauty of the stars, giving a double view of the sky at night. 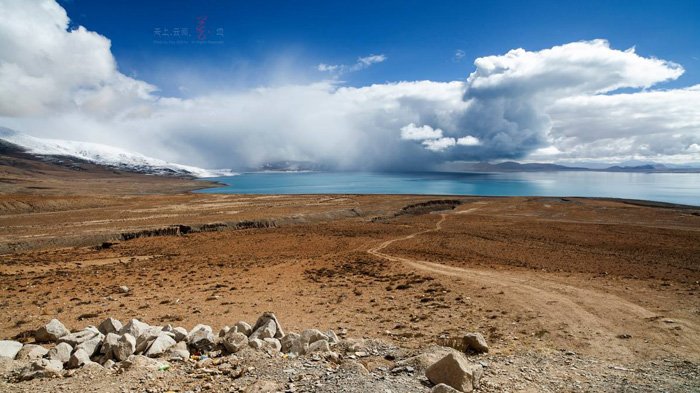 Nearby lies the only mountain above 8,000 meters that is wholly in Tibet, Mt. Shishapangma. Its summit is 8,013 meters high, and it has some of the most astounding views in the world. The Yebocangjiale glacier stretches out 13.5km along the north ridge, with Qudu glacier alongside. To the south there are over a dozen more glaciers, including the 16km long Fuquglacier, that runs all the way down to the scrub lands below. But perhaps the best sight in the area is the ice tower forest. The glaciers on the sides of the mountain form various, elegant shapes that remind one of a tall forest or vast icy garden. As a foreground to the glimmering night sky, there is no other match.

No guide to night sky photography in Tibet would be complete without mentioning the world’s most famous mountain. Mt. Everest, or Qomolangma in Tibetan, is one of the best places to photograph the universe, as it is one of the highest points in Tibet. Everest Base Camp (EBC) sits at 5,200 meters, and has permanent structures where you can stay, or you can camp if you prefer to bring your own tent. However, camping is only allowed in one area, as there is a permanent military presence there. 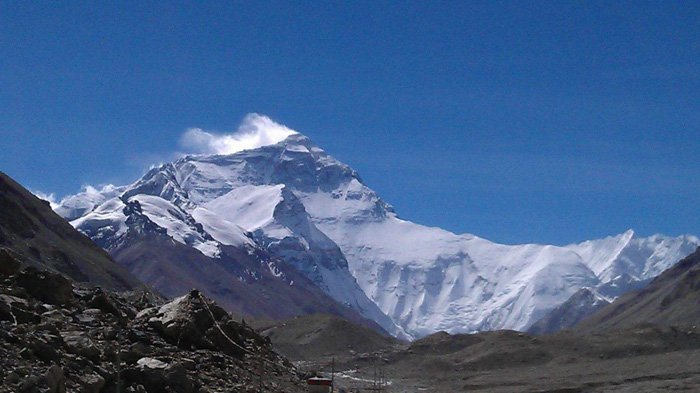 The internet is chock full with photos of Everest, but it is harder to find ones with the backdrop of stars. Climbing the nearby hill gives you a slightly higher view than in the camp, and is far enough away for the lights not to have an effect on your view.

If you want to get there, it is best to take one of the group tours from Tibet Vista, who can also arrange a private tour if you need it. Travel to EBC from Lhasa can take 8-10 days, and is a hard trip, so best to be prepared.

In Burang County, in the far west of Tibet and almost on the border of Nepal, lies Mansarovar lake, and the holy Mt. Kailash. At an elevation of 4,583 meters, it is one of the world’s highest freshwater lakes, and a holy place for Buddhist pilgrims. Staying by the lake at night can get very cold, and the winds are strong, but when night falls you can see the whole range of stars in the sky, in full color, making it one of the best places to photograph the stars. Similarly, Mt. Kailash, with its holy kora, is another excellent place for night photography. 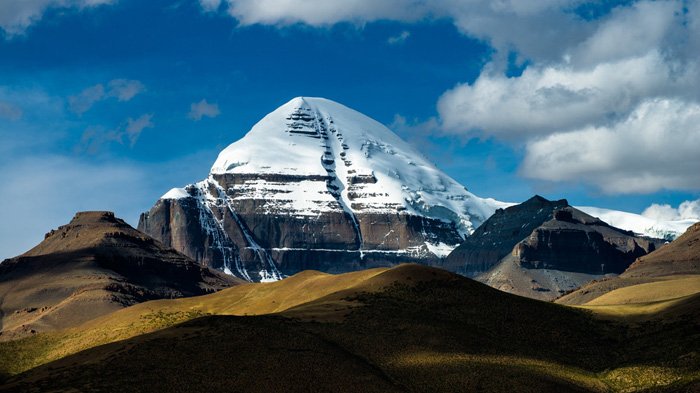 If you take the tour that includes Mansarover Lake and the walk around the mountain, you can get some amazing shots of the mountain at night, set against a sky that is riddled with the millions of stars and galaxies in our universe. The travel to the mountain takes several days, and includes other great places to visit and photograph, but the trip is worth it to experience the lake and holy mountain under the stars.

Zhada Earth Forest National Geological Park is located in Ngari Prefecture, in Zanda County, and is the largest natural “earth forest” in the world. The rock formations that make up the “forest” are wholly unique to the region, and make a wonderful sight. These strata formations make an amazing photo, but the best photography is at night, with the stars rising above them. In this light, the forest looks like an alien planet against the backdrop of the Milky Way. 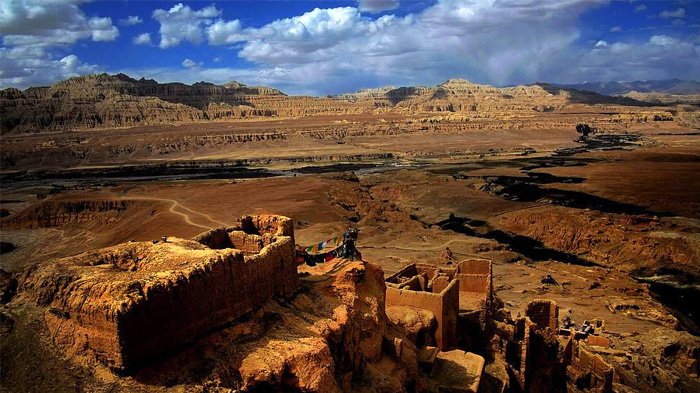 Nearby is the ancient ruin of Guge Kingdom. A major site of importance for cultural relics, the ruins of the palace stand atop a 300 meter-high pinnacle of eroded rock. Similar to Zhada, the stones are eroded by wind and rain to leave strange formations akin to an alien world. With the nearest village being miles away, and no accommodation available, you will need to bring your own tent to photograph the night sky. But it means that there is no light pollution to reduce your vision of the grandeur of the universe above you.

Travel to this area can take a few days of driving, as it is around 1,400km from Lhasa, but it is well worth the visit. You can also get a group tour to the forest and Guge Kingdom with Tibet Vista.

Kamba County is situated in Shigatse Prefecture in the far west of Tibet, and is the location of the Kamba Castle, an ancient earth/brick castle that was the main defensive point of the ancient Kamba Tribe. High up in the Himalayas, Kamba County provides a quiet, reclusive location from which to shoot the stars. At an elevation of over 4,500 meters, the area is sparsely populated, and has little in the way of tourism, which makes it perfect for a quiet getaway for photography. As with all the areas of the Himalayas, the skies are clear and cloudless for majority of the year, giving excellent views of the stars above.

NamchaBarwa is located in Nyingchi Prefecture, in the “Great Bend” of the YarlungTsangpo River. The mountain is the eastern anchor of the Himalayan chain of mountains, and it sits at an elevation of 7,782 meters. As the highest mountain in the area, it is the best place in eastern Tibet to photograph the night sky. Surrounded by other mountains and the Tsangpo Gorge, it can be hard to get in to the area, and is rarely visited by outsiders, making it a perfect place to get an original, unique photograph. 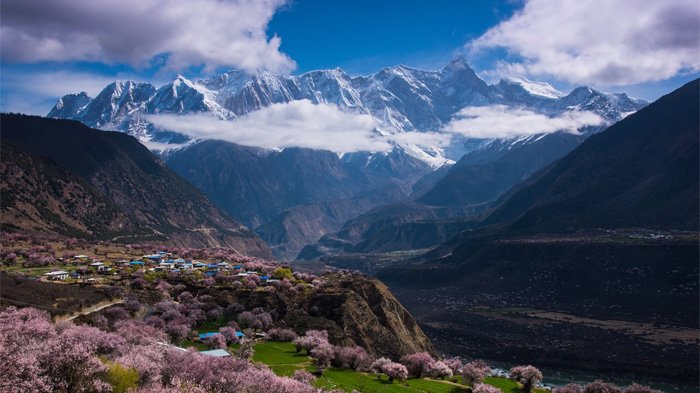 0 Comment ON "Top Ten Places for Stargazers in Tibet"