Plan Your Trip According to Tibetan Festivals in 2021

Tibet is a land of diversity in culture and customs, full of mystery, so you have to know when you will be able to see our great festivals and traditions. There are many grand festivals held in Tibet, and you’ll be shocked by boisterous atmosphere and Buddhist activities of Tibet festivals. 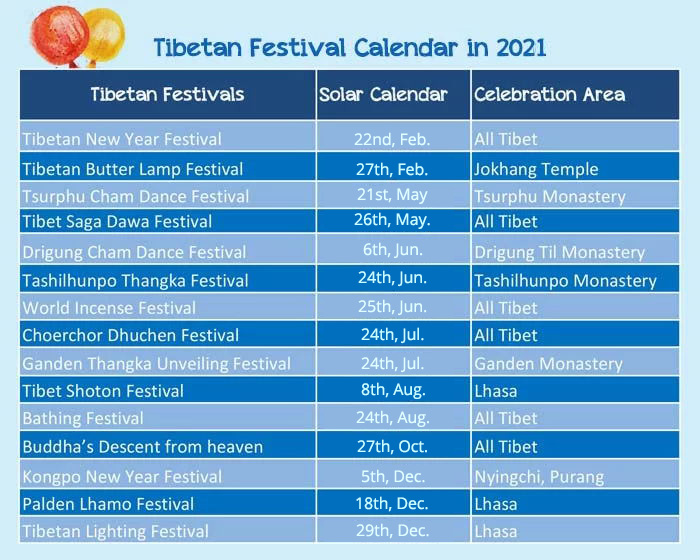 The following are introductions about some Tibetan typical and other extra festivals of Tibet to have a general comprehension to Tibet.

Tibetan New Year (Losar)
The Tibetan New year, known as Losar, is the most important local festival which is celebrated for about one month starting from 1st to 30th of 1st month of Tibetan lunar calendar. 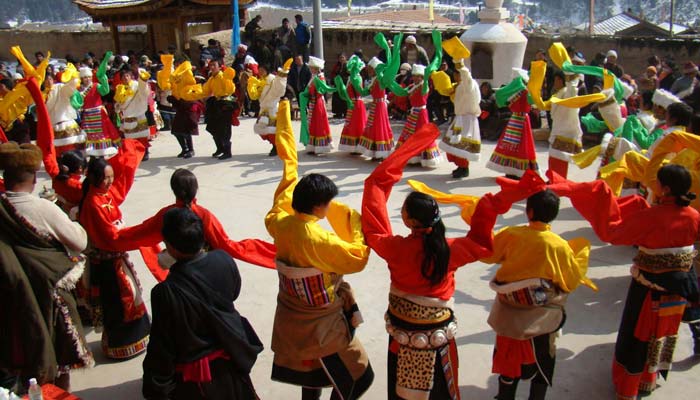 On the 1st day of that month Tibetan people go to monasteries and temples to pray for good and properous life and also happiness for all beings for all the time. Losar festival for Tibetans is like Chistmas for westerners. All the relatives go to each other's home for dinner and having Chang (Tibetan wine) and share happiness with their relatives.

Nagqu Horse Racing Festival
Nagqu horse racing is a grandest horse riding competition in northern Tibet. Tens of thousands of herdsmen gather at grassland outside of Nagqu city on a vast grassland dotted with tents to celebrate the horse riding competition.
After a grand opening ceremony, various activities will start, such as horse race, yak race, tug of war, lifting stones and performs Tibetan operas. And it is held in every August with duration of 5 to 15 days.

Saga Dawa Festival
The 4th month in Tibetan calendar, which is the best time to see religious rituals in Tibet, is also known as a religious month in which lots of Tibetans from different parts of Tibet come to Lhasa for praying and circumambulating of Potala palace and Bharkor Street, the Kora or yatra. Most of Tibetans will quit having meat for the whole month and avoid doing bad things in that month. That's why it is religious month. 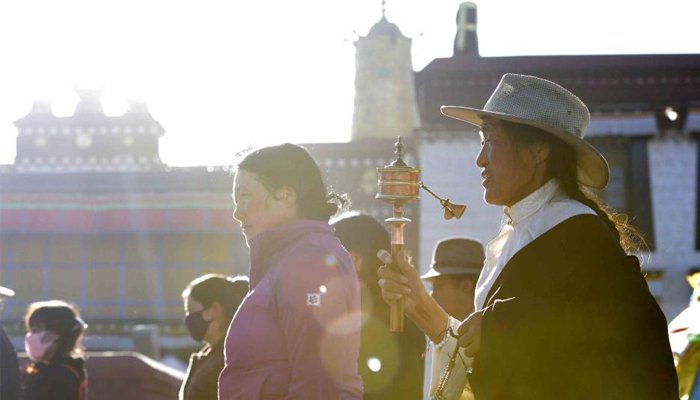 Shoton Festival (Yogurt festival)
It starts on 30th of 6th month of Tibetan lunar calendar. On that day in Drepung monastery they display a big picture of Lord Buddha which is known as Gyikhu. It is a religious festival on which monks and also ordinary people have yogurt for not having meat. 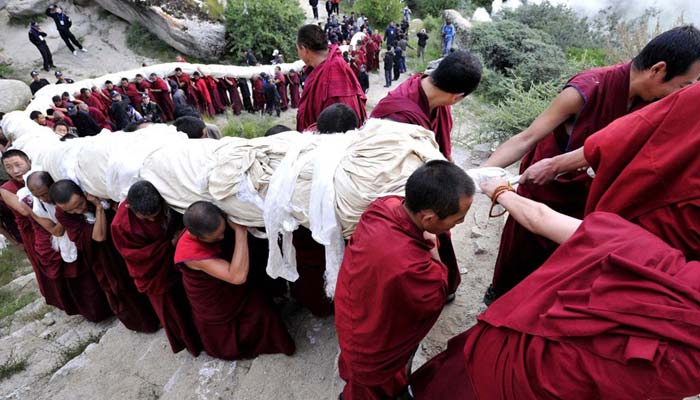 Monks are carrying out the giant Buddha's Thangka for display.

On that day there will be thousands of people visiting the Drepung monastery in the morning and also other monasteries. And from next day onwards, about one week Tibetans will go to Lingka (picnic). In Norbulingka (summer palace of the Dalai Lama) there will be opera dancers giving different performances. You will really enjoy it on that day.

Butter Lamp Festival (Juenga Choepa)
Juenga Choepa is a Tibetan word which means 15th days' offering and it is celebrated on the 15th day of the first month of Tibetan lunar calendar. Every year in all the monasteries on the fifteenth of that first month monks make different kinds of Buddhas' sculptures by butter in different colors.

It is the last day of the Great Prayer Festival. During that day you will be able to see lots of beautiful butter sculptures of Buddha and protectors. Lots of Tibetan people go in monasteries to watch them. In Bharkor and in front of Jokhang temple there will be lots of people coming to see them and get blessed.

Linkga (picnic month)
The Tibetans, the people whose love nature, has given rise to a special national custom, the Lingka Festival. The fifth month by the Tibetan calendar is the best season for Lingka, so people leave their houses and put up tents in the thick forest in Lingka, and happily enjoy the charity of nature. 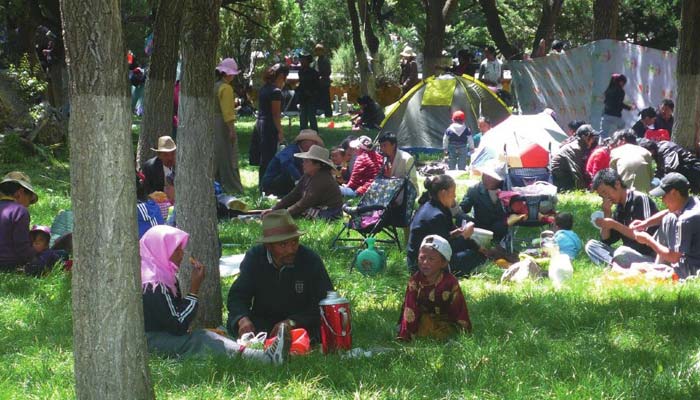 Tibetans are having picnic with their family in the open air.

It is said that this festival is remembered because in the May of Monkey year in Tibetan calendar, Lotus Buddha (Guru Padamasambava) subdued all the evils and monsters in Tibet. There is another legend about this festival. Trisong Detsan (38th king of Tibet) intended to build Samye Monastery, but he came across a bad moment and failed many times. Fortunately Lotus Buddha came to help.

Monlam Chenmo Ceremony
The Monlam Chenmo ceremony is a religious ceremony which is Large Dharma Transmission Ceremony in Tibetan word. It starts from 4th-15th day of the 1st Tibetan lunar month. The festival is celebrated in honor of Lord Buddha Shakyamuni.

Ghost-Exorcising Festival
Guthuk in Tibetan falls on the 29th of the 12th Tibetan lunar month. During that night it is to drive away evil spirits and to welcome the New Year. Large -scale sorcerers' dances take place at monasteries and in every household. People do cleaning, and decorate their houses.