Edmund Hillary: The First Man to Reach the Top of Mt. Everest 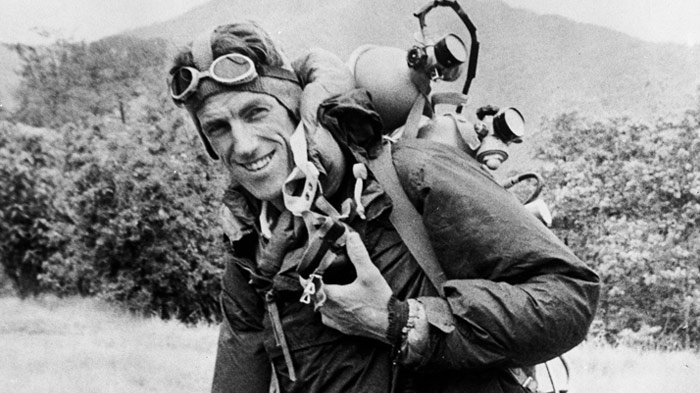 On 29 May 1953, Edmund Hillary, a New Zealand mountaineer and Nepalese Sherpa mountaineer Tenzing Norgay became the first climbers to reach the summit of Mount Everest. They were part of the ninth British expedition to Everest, led by John Hunt. Hillary was named by Time as one of the 100 most influential people of the 20th century. (from Wikipedia)

Early Life
Born in 1919 Auckland, New Zealand, Edmund grew up in a family that specialized in bee-keeping. Like many people’s childhood, Edmund, in his early life, was rather a small and lonely boy. At the age of 16, he happened to join a trek organized by his school to Tangariro National Park. It was in snowy winter, and he was deeply captivated by the stunning beauty of natural wonder and instantly fell in love with mountaineering. After his retirement from the Royal New Zealand Air Force, Edmund joined Alps Club in New Zealand and dedicated his spare time to prepare himself for adventure ambition. He scaled Alps in different seasons and kept improving his rock climbing and ice climbing skills. 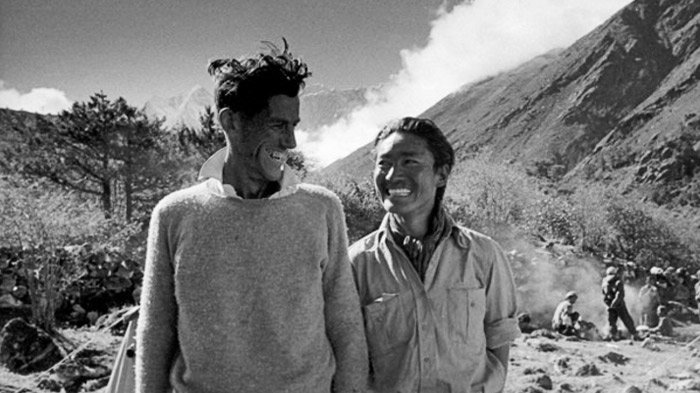 In 1953, Edmund Hillary together with the ninth British expedition made an attempt scale to the top of Mt. Everest. On May,29, at around 11:30 the 33-year-old Edmund Hillary and his Sherpa mountain guide Tenzing Norgay successfully reached the summit of Mt. Everest(8844.43m), becoming the first man to stand on the top of the highest mountain in the world. They spent about 15 minutes at the top of the world, with Hillary photographing Norgay holding his ice ax strung with flags from Britain, India, Nepal and the United Nations. Norgay dug a hole and filled it with sweets while Hillary buried a crucifix before they descended. Norgay’s picture proved the great accomplishment in human history but sadly Norgay didn’t know how to use camera. Therefore, Hillary had no visual image of himself on the summit. The controversy over who was the first man that ascended the top of Mt. Everest ended with Hillary’s disclosure in his autobiography “High Adventure: The True Story of the First Ascent of Everest”. In his autobiography, he described how his Sherpa guide assisted him and followed Hillary’s steps to get atop the Mt. Everest. 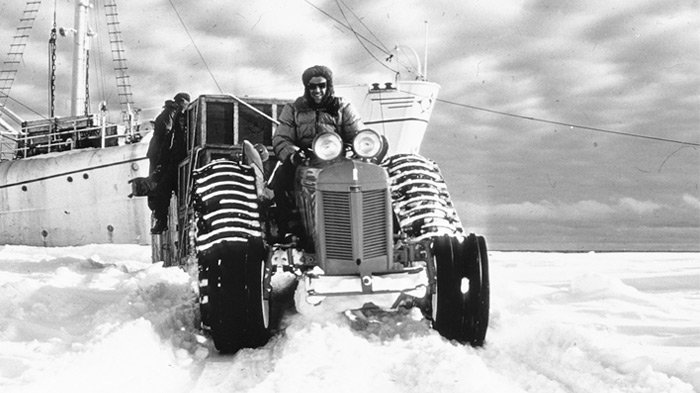 Edmund Hillary and his team became the first overland explorers to reach the South Pole.

Not satisfied with the great achievement, Hillary kept moving forward and succeeded in summiting all the 11 towering mountains in Himalayan range, all of which were above 6000m. From 1955 to 1958, Hillary led the Commonwealth Trans-Antarctic Expedition to reach the South Pole. In 1958, to assist a British expedition team, Hillary drove a modified tractor to reach South Pole overland since Amundsen in 1911 and Scott in 1912. Later, Hillary did some explorations in North Pole, making him the first adventurist who set foot on Mt. Everest, South and North Pole. As one of the greatest explorers in 20th century, Hilly even reached the source of Yangtse River in Qinghai province, China.

Check the BBC’S exclusive interview with Edmund Hillary in 1999

0 Comment ON "Edmund Hillary: The First Man to Reach the Top of Mt. Everest"