Is drinking water safe in Tibet?

Traveling to Tibet is an amazing experience, with the high mountains and the stunning lakes. Tibet is known for being the major water source for billions of people throughout Asia, and with six of Asia’s longest rivers originating on the high-altitude plateau, water in Tibet is never really much of a problem. Aside from the many lakes and rivers, there are a huge number of freshwater springs and thousands of mountain glaciers, which makes this region one of the richest in the world when it comes to water resources.

Tibet is the main epicenter for the entire South Asian water sources, and it is essential for all the countries surrounding the plateau that the water is running free, with no impediment to its continued flow through many of the other South Asian countries. Tibet has a huge abundance of fresh water, and the water that flows from the plateau meets the needs of more than 20 percent of the world’s population in China and around 46 percent of the global population from the major rivers that originate on the plateau, such as the Ganges, the Indus, the Brahmaputra, the Irrawaddy, the Salween, and the Mekong rivers. 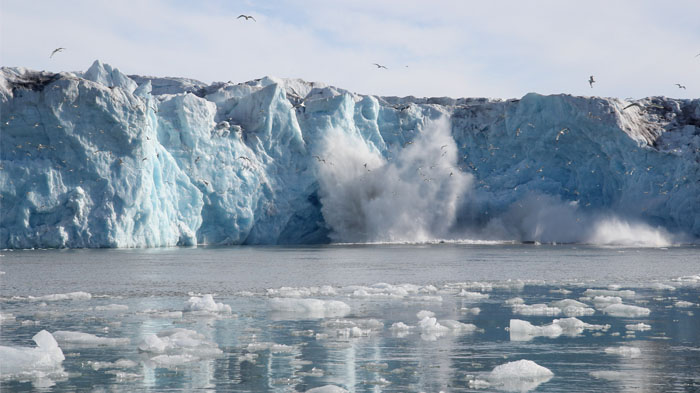 Ice and glacier for making the purified mineral water in Tibet.

Is running water drinkable in Tibet?

Insider tips:
1. In the high streams and springs in Tibet, drinking the running water without boiling or purification is not advisable, as it can cause severe problems with the digestive system. Western stomachs are not used to fresh spring water, and while it may be ok for some of the locals that have been drinking it their entire lives to drink, for foreign travelers, it is not going to be a pleasant experience.
2. If you plan trekking up to places with higher altitude or drive to some remote rural areas, bottled water is the wisest choice and advocated.

Source of drinking water in Tibet

In Tibet, as with most countries in Asia, drinking water is bottled in plants and sold around the region. Bottled mineral water in Tibet is the major source of drinking water for most travelers to the plateau, and you will often find that your tour vehicle has several large 5-liter containers of mineral water for you to drink from.

Most of the mineral water in Tibet comes from the natural glaciers that can be found all across the region. Bottling this natural mineral water has become a huge business in Tibet, and more than 28 companies now have licenses to produce bottled water from the glaciers and natural springs.

Boiling water is the most common and often the cheapest way to get fresh drinkable water on the Tibetan plateau. And while the altitude of the plateau often means that the water boils at a lower temperature, by boiling it for several minutes, you can purify it just as well as if you were boiling it at sea level. 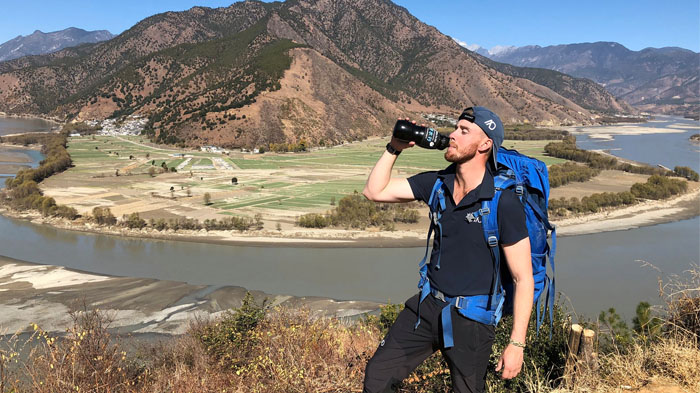 As you travel on the plateau, you will often find that just about every place you will stay in has a constantly boiling urn of water, which you can get and use whenever you need. Hotels, guesthouses, hostels, etc. all have boiled water for drinking, and you can usually fill your water containers in the hotels before leaving for the day. However, for some reason, ice is normally made from unpurified water, which makes it unsafe to consume. If you are hoping for ice in your drink, make sure the hotel of guesthouse uses boiled water to make its ice, or you may regret it.

What kind of water we get is safe to drink?

Most of the safe drinking water on the plateau comes from boiled water, often being boiled for several hours or constantly boiling on the stove to maintain a hot temperature, usually for making snacks and drinks. Boiled water is commonplace in Tibet, and can be found all across the plateau, from hotels and guesthouses to local homes and tea shops. Any water (except salt water) can be used for boiling for drinking water, and most come from rivers and streams, or some of the freshwater lakes in the region. Even where the place has a faucet, the water will still come from a natural source, such as rivers, lakes, and groundwater.

The main problem most people see when thinking of boiling water in Tibet is the lower boiling point, due to the higher altitude and less dense atmosphere. At these altitudes, water boils at around 90 degrees at around 3,000 meters, 85 degrees at altitudes of up to 4,500 meters, and at around 82 degrees at above 4,500 meters. At the summit of Mount Everest, at an altitude of around 8,848 meters, water will boil at around 71 degrees.

The recommended boiling time for water in Tibet, for it to be truly drinkable, is around ten minutes, but if you have a thermometer handy, as long as it reaches around 70 to 85 degrees Celsius, it is normally safe to drink, according to the Wilderness Medical Society at America’s Princeton University. When boiling water across most of the plateau, once it has come to the boil, and is producing steam, then it is safe enough to drink. Aside from those few places where the altitude reaches above 5,000 meters, it is best to boil it for 5-10 minutes before drinking.

Insider tips:
1. As a supporter of Ecotourism, we sincerely hope that you could also join us to save Tibet’s limited resources and minimize human impact on the natural environment. So we have designed a tailor-made Eco-friendly Bottle for drinking during your tour in Tibet. It’s very convenient to use it to drink hot waters like tea, coffee, milk, etc.
2. Hot water will be served in the entire tour by our guide during your stay in Tibet. You just prepare a vacuum flask and finish your coffee or tea making in this tailor made bottle we give it to you.

Bottled mineral and spring water is the most common type of drinking water on the plateau for most tourists, and tour companies usually provide mineral water or spring water in their tour vehicles for the tourists to drink while traveling. Bottled water in Tibet is safe to drink without boiling, as it has come from either a natural source or has been purified and filtered through a specific process. 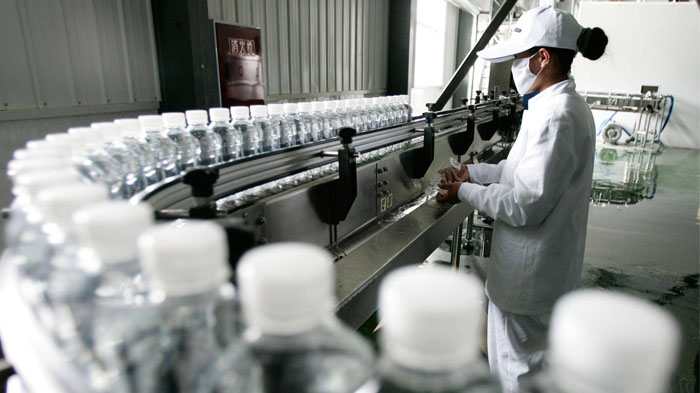 Bottling the filtered spring and ice water in Tibet under the strict control.

What are the trusted brands for spring water in Tibet?

At the last count, more than 28 companies are currently bottling water in Tibet, mostly from natural freshwater springs or mountain glaciers. These glaciers and springs are usually in places where animal husbandry is not common, and where the springs and glaciers are not contaminated by the passage of tourists and other travelers. Of the many bottled water brands in Tibet, the most popular and biggest sellers are:
●Tibet Spring 5100
●Himalaya Natural Mineral Water
●Shigatse Spring Water
●Tibetan Magic Water
●Qomolangma Glacier Natural Mineral Water
●Dagu Glacier Natural Spring Water
●Sinopec Tibetan Plateau Natural Mineral Water

Is the bottled drinking water expensive in Tibet?

This is a very small cost to pay for bottled water of such high quality on the Tibetan plateau. The same bottle, when bought in Beijing, can cost up to three times the price than in Tibet, which is mostly due to the export costs to ship it across the country. With such low prices, there is often no need to worry about boiling water, as it is a small price to pay.

Is there any possibility that we can get unfiltered spring or ice water to drink in Tibet?

Yes, there is a possibility that the water you might get would be unfiltered or not from a natural spring or glacier. There are those, though they are few and far between, who will try and pass off tap water as natural spring water. So it is important to stay vigilant when traveling in Tibet and buying the bottled water.

Insider tips:
1. All bottled mineral and spring water in Tibet comes in a sealed bottle, either with a breakable cap seal or a plastic seal over the cap to stop it being opened. If the water you are intending to buy does not have a proper seal, then you should avoid it, as it is likely to only contain tap water, which can be detrimental to your health.
2. Most places in Tibet that offer ice use just tap water to make the ice, as this is often not a major concern for Tibetans, who are used to the local water when taken in small quantities such as ice cubes. In fact, few Tibetans drink cold drinks with ice, preferring to drink tea, as it is hot and comforting in the cooler climate. Ideally, you should avoid ice in Tibet; unless you are assured that the ice is made from mineral or spring water.

Drinking water in Tibet is easily available, and can be found all across the plateau in the form of bottled or boiled water. You should really avoid unfiltered or unboiled water, unless it is from a sealed bottle of mineral or spring water, as this can lead to some serious and severe stomach and gastrointestinal problems, which you do not want during your trip to Tibet. If you are unsure of the quality of the water being offered, avoid it and drink only mineral or spring water from sealed bottles.