Qinghai-Tibet Railway, the massive railway network connecting major cities of mainland China with Tibet, is the essential overland gateway for most travellers to enter Tibet and begin their Tibet tour. 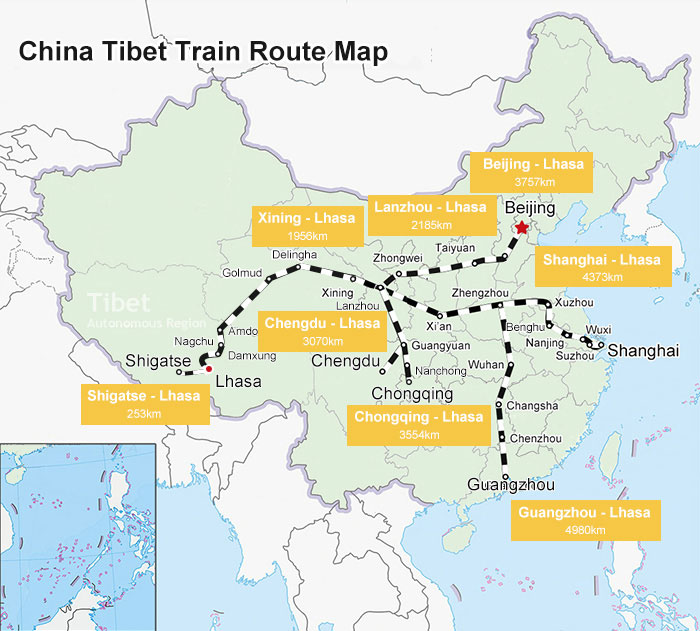 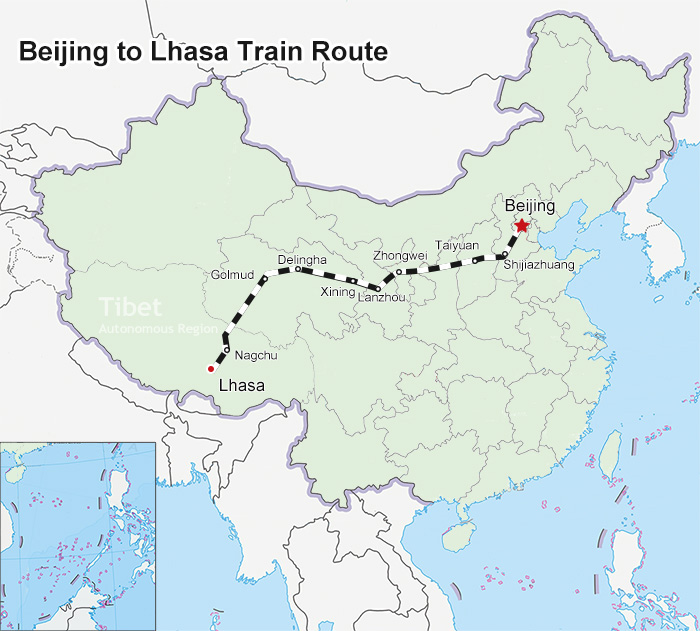 (Simple click to enlarge the map)
Beijing-Lhasa Train Z21(returnZ22) stretches as far as 3757km and crosses over 8 provinces and it takes around 40 hours and 53mins from Beijing to Lhasa. 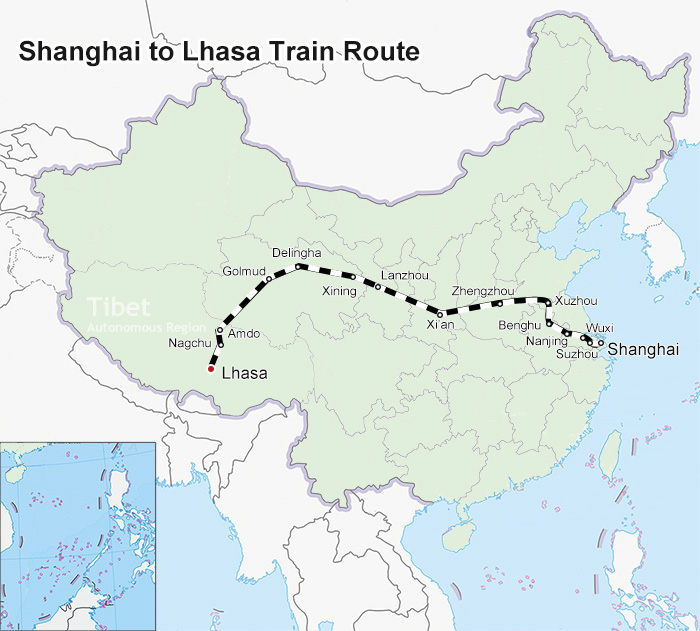 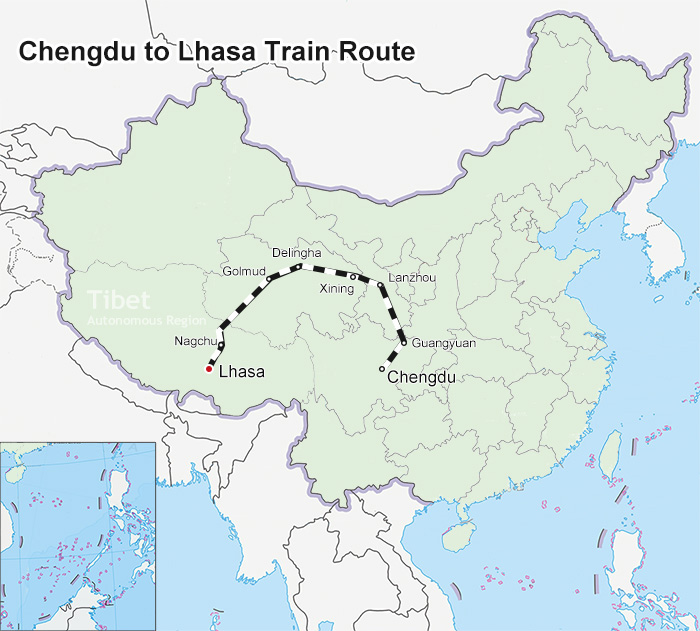 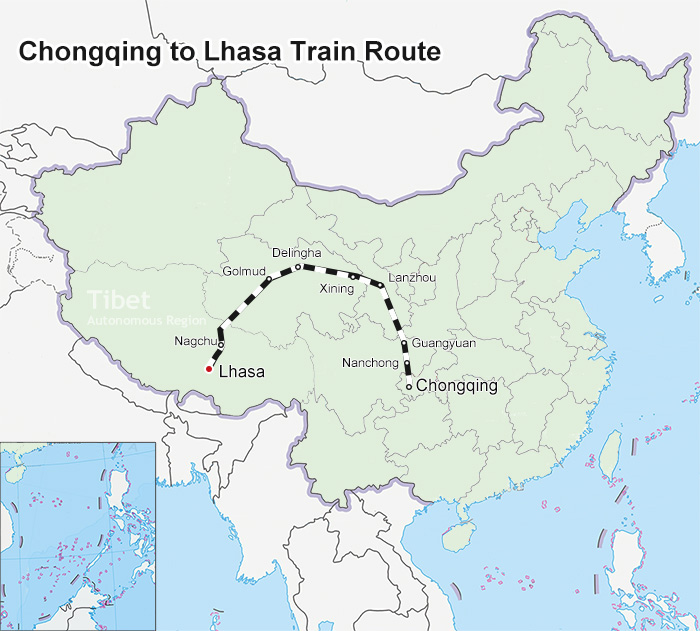 (Simple click to enlarge the map)
Chongqing-Lhasa Train Z223(return Z224) extends as long as 3654km and it takes around 42:13h to reach Lhasa from Chongqing. 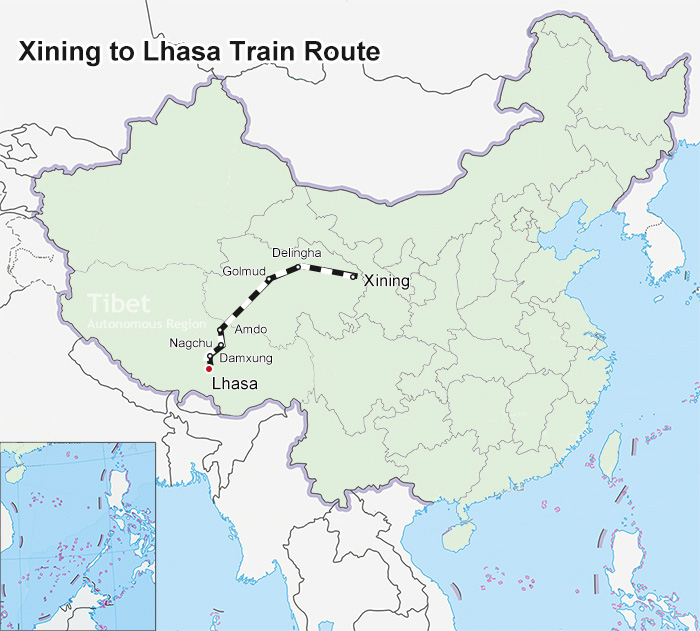 (Simple click to enlarge the map)
Xining-Lhasa Train Z6801 (Z6802) is the genuine Qinghai-Tibet train which starts from Xining, Qinghai province with 1960 km in total. It takes approximately one day (or 20:55 hour ride) from Xining to Lhasa. 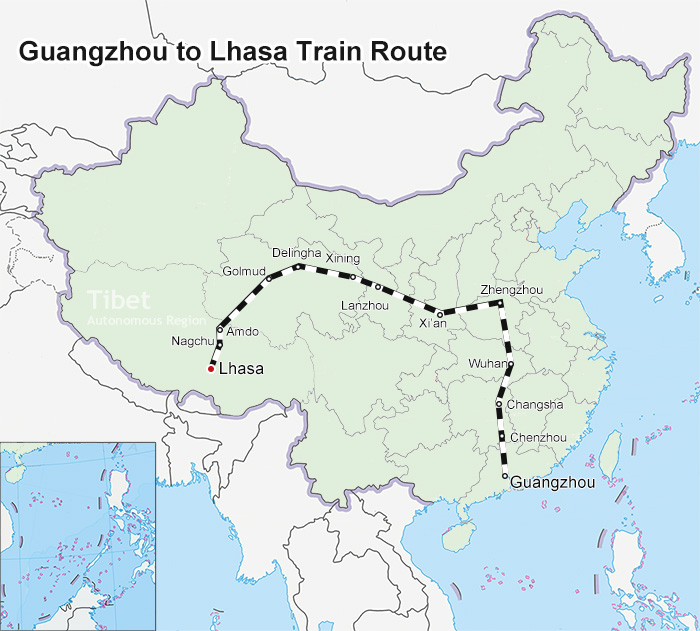 (Simple click to enlarge the map)
Guangzhou-Lhasa Train Z264(returenZ266) departs daily at noon from Guangzhou Train Station, and arrives at Lhasa Railway Station in the late afternoon on the third day after over 53 hours covering a distance of 4980 kilometers. 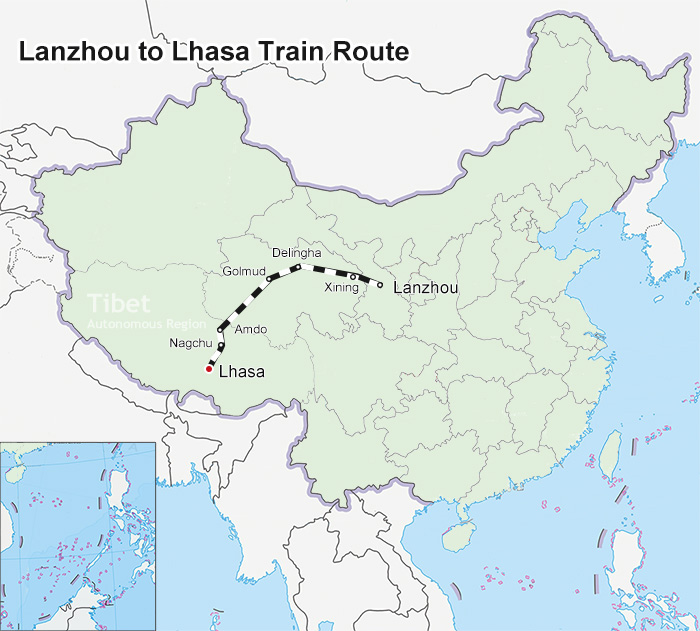 (Simple click to enlarge the map)
Lanzhou-Lhasa Train Z917(return Z918)departs from Lanzhou to Lhasa daily, and the trains to Tibet which come from inland China all make a stop in Lanzhou.