Where is Tibet Located on a Map?

Speaking of Tibet tour or location of Tibet, a frequently quoted proverb in China would be “Enjoying the heavenly scenery while travelling in an inhospitable place.” Exaggerated as it may sound, the simple description vividly portrays the topographical features of this holy piece of land.

Under the lofty snow-capped mountains, deeply religious Tibetans not only adapt themselves to inhospitable plateau environment, but more importantly develop a distinct culture and coexist harmoniously with both a religious and secular life. To a large extent, it is awe- inspiring alpine scenery, mysterious Tibetan Buddhism and culture that have captivated ceaseless flow of global adventurers, mountaineers, scholars, and other visitors to explore this spiritual realm.

Where is Tibet Located on a Map 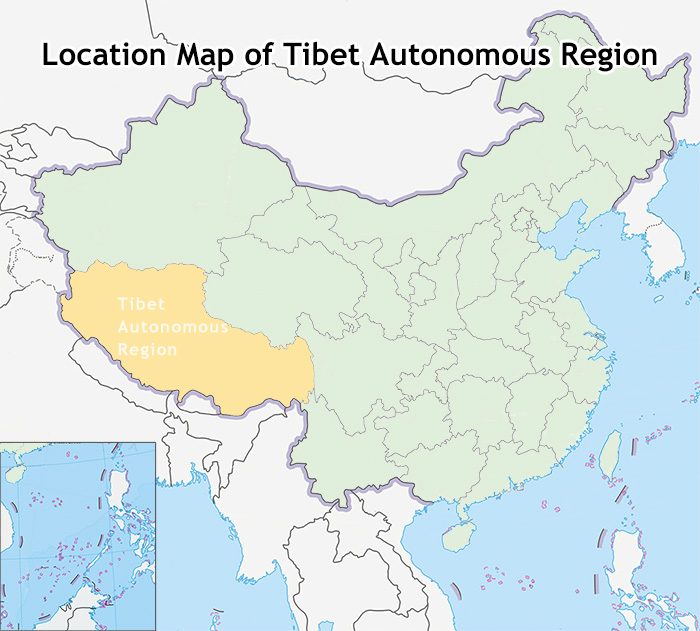 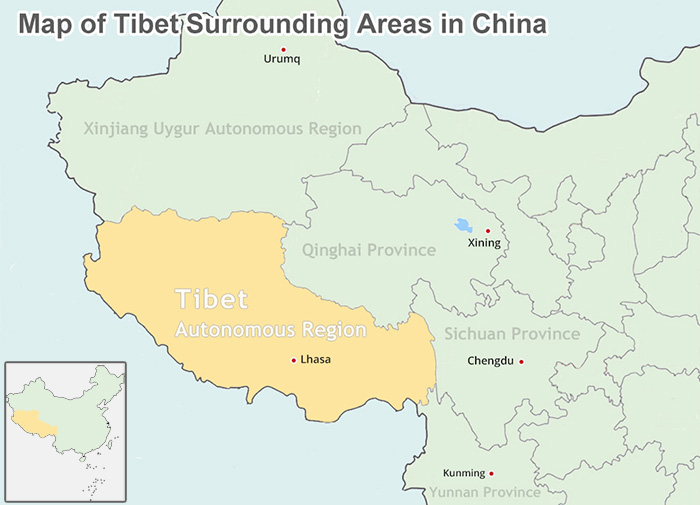 Map of Tibet and Surrounding Countries

Dominating other continents in the world, Tibet is situated on the Qinghai-Tibet plateau (with an average altitude of above 4000m) in China. The unspoiled alpine scenery and pervasive Tibetan Buddhism atmosphere and easy access to its neighboring country Nepal make Tibet rank high of the travel bucket list. 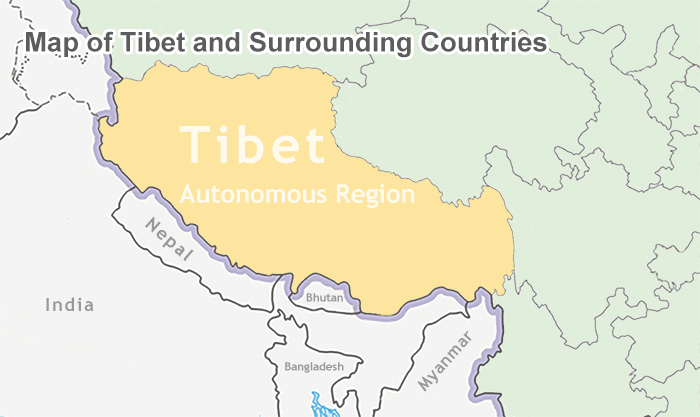 How to get Tibet Visa from Nepal

How to travel from Lhasa to Kathmandu

Map of Tibet Location in the World and Asia

Tibet, located in the western part of mainland China, is the world’s highest plateau. Its distinct topography and geographical location allow it to share the world’s grandest mountaineering and trekking resource with its neighbor Nepal. In addition, the abundant glaciers on the roof the world serve as the “water tank” for 6 Asian countries, an extremely important regulator of climate change.

Culturally, Tibet’s profound culture and history, esp. Tibetan Buddhism, are a priceless heritage to human beings. It is this unique spiritual realm and alpine scenery that keep drawing global tourists. 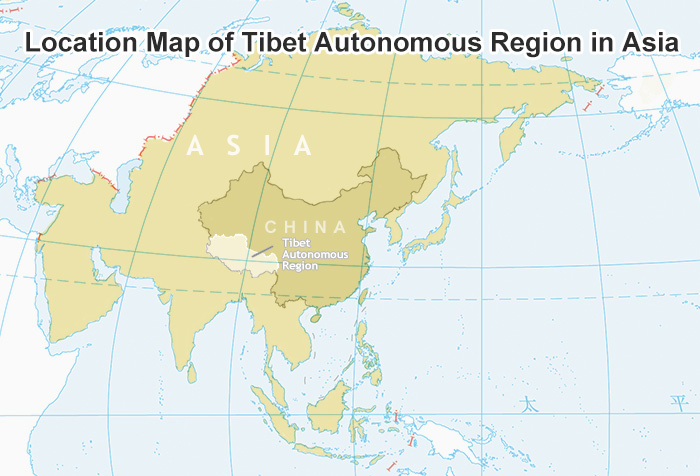 0 Comment ON "Where is Tibet Located on a Map? "