Tubo Kingdom witnessed the most powerful period in Tibet's history. The great Tibetan leader Songtsan Gambo brought together more than 10 separate tribes during Tang Dynasty (618-907) of China, an event commonly seen as marking the establishment of the Tubo Kingdom, making his capital in present-day Lhasa. It was the Tubo Kingdom that made today’s prosperous Tibetan culture and Tibetan Buddhism.

The Tibet King Songtsan Gambo also established good relations with the Tang court and benefitted from the importation of Tang technologies (advanced for the day), and was influenced by Tang culture and politics. He twice sent ministers to the Tang Dynasty court requesting a member of the imperial family be given him in marriage and in 641 he married Princess Wencheng, a member of Emperor Taizong's family. 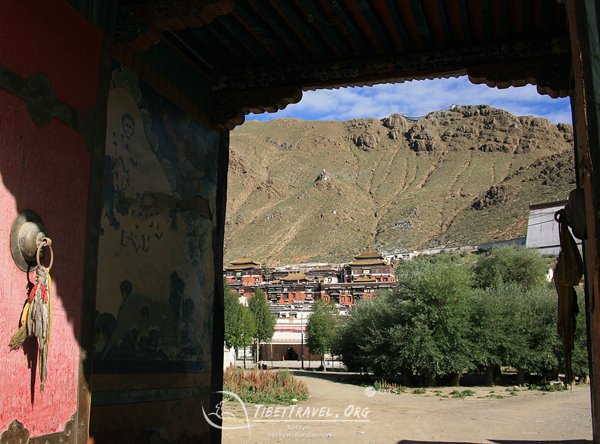 This pattern of friendly relations established during the reign of Songtsan Gambo was carried on during the next two hundred years. In 710 the Tang Princess Jincheng was sent to Tibet to marry the Tubo King Tride Tsugtsen, accompanied by several tens of thousands of pieces of embroidered satin brocade, a variety of technical writings and various other useful items. Princess Jincheng later gave money to support Buddhist monks from Yutian (now in modern Xinjiang) and elsewhere on their trips to Tibet to build monasteries and translate sutras. She also requested that Chinese classical works such as The Book of Songs With Annotation by Mao Heng, The Book of Rites, Zuo Qiuming's Chronicles, and Xiao Tong's Literary Selections be sent to her from the Tang court. 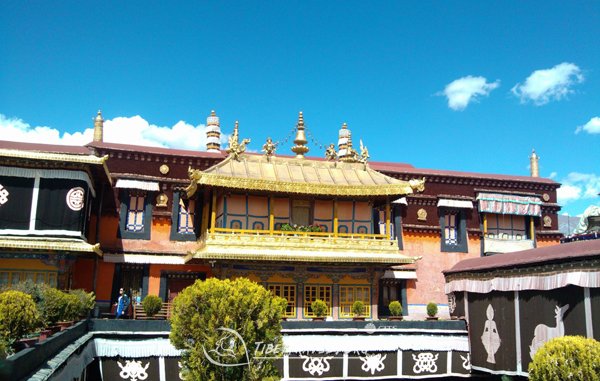 In 821 King Chiri Pachen of Tibet three times sent envoys to Chang'an to discuss forming an alliance with the Tang Empire. Emperor Muzong ordered his prime minister to effect the alliance in a grand ceremony held in the western suburbs of the capital. The following year high-ranking representatives of the Tang court including Liu Yuanding were dispatched to Tibet to participate in a similar ceremony marking the alliance held in the eastern suburbs of Lhasa. Representatives of the Tibetan king included his chief ministers.

This all occurred during the first and second years (822 and 823) of the Changqing reign of the Tang Dynasty, and accordingly has been called the "Changqing Alliance" by historians. The two parties agreed to "amity as though they were of one family" and to "treat their sacrificial alters as though they were one." An account of the alliance is recorded on three tablets, and the "Tang- Tubo Alliance Tablet", one of the three, still stands before the Jokhang Temple in Lhasa.

The Tubo Kingdom of the boom years Tibetans have about 15 million. Distribution is also wider, Tibet Part of the Imagawa, Yunnan, Gansu, Qinghai, and new major regions and countries and regions of Nepal, Bhutan, Sikkim, and Kashmir. But, the Tubo Kingdom began to decline since 842 and finally taken place by Guge Kingdom.