The story of Tibet King Songtsan Gambo and Princess Wencheng of Tang Dynasty is well known by Tibetan people as well as Han people. If you wanna know Tibet, you must know this story at first as there are many tourist sites related with this story.

The story happened about 1300 years ago when Princess Wencheng of the Tang Dynasty (618-907) left Chang'an (Xi'an) to marry Songtsan Gambo, king of the Tubo kingdom. Their marriage was aimed to maintain amicable relations between the Tang and the Tubo. The Tang was a powerful dynasty in Chinese history. It was the civilization center of East Asia. Neighboring nations and tribes fell under the influence of the Tang Dynasty, and earnestly sought ties with the dynasty. They either claimed allegiance to the Tang or paid tributes to the imperial court. This stimulated exchanges between the Han and other nationalities.

The same period saw Songtsan Gambo gain control of the highland area in the west. After having annexed some tiny states, he founded the Tubo Kingdom and named Loso (Lhasa) the capital city. Beginning in 634, he twice dispatched Gar Tongtsan to Chang'an, where the Tubo minister informed the Tang of Songtsan Gambo's desire for a daughter of the Tang emperor. Tang Emperor Taizong agreed to let Wencheng marry the Tubo king. Accompanied by the Tubo minister, Princess Wencheng set out for the farway Tubo Kingdom. This segment of history was later turned into tales which remain an important part of Tibetan folklore. 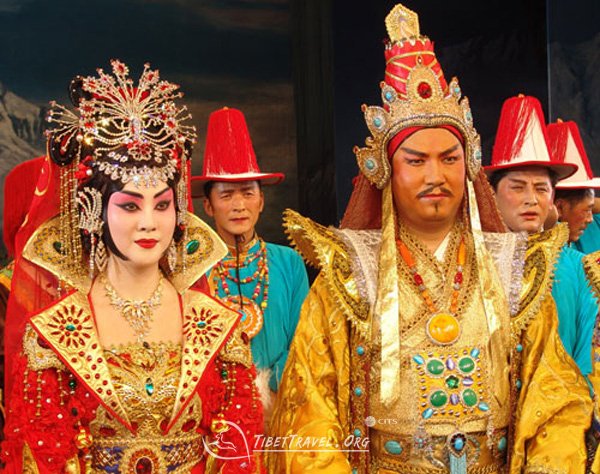 Goats were mobilized to carry earth to fill in a pond for the construction of the Jokhang Temple. Princess Wencheng and her husband, Songtsan Gambo, planted a willow tree in front of the monastery, which later was dubbed the Tang Willow, as the Uncle-Nephew Alliance Tablet (erected in 823 to mark the alliance between the Tang and the Tubo) was placed next to the tree. The statue of Sakyamuni enshrined in the center of the Main Hall of the Jokhang Monastery was the one Princess Wencheng brought into Tubo. In the side halls flanking the Main Hall are enshrined statues of Songtsan Gambo and Princess Wencheng. Their faces were heavily gilded by incessant worshipers of later generations. 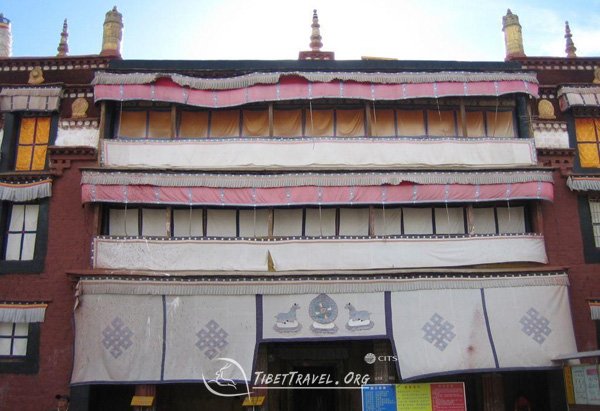 Princess Wencheng also had the Ramoche Monastery built. She named the eight surrouding mountains the Eight Treasures, a name which is still in use today. All these paved the way for the spread of Buddhism into Tubo Kingdom.

Songtsan Gambo loved Princess Wencheng so much that he had the Potala Palace built for his talented and beautiful wife. The majestic Potala Palace, with 1000 chambers, was partially damaged by thunderbolts and wars. It twice underwent repairs and expansions in the 17th century, reaching its present size, with the 13-story main structure standing 117 meters high and covering a land area of 360000 square meters. 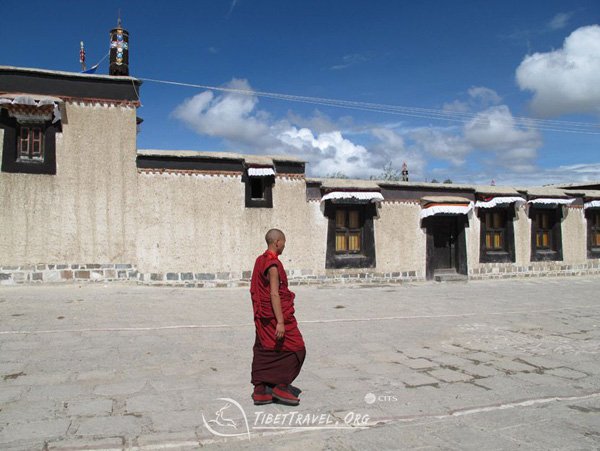 Frescos of the Potala Palace record historical events, including Tang Emperor Taizong asking Gar Tongtsan to perform five difficult tasks before acceding to the envoy's request for his master to marry a Tang princess, the hardships Princess Wencheng endured on way to the Tubo Kingdom, and how warmly she was greeted at Lhasa.The ruins of the Tubo period behind the Potala Palace includes a chamber for Songtsan Gambo to meditate and practice Buddhism. On the four walls of the chamber hang colored statues of Songtsan Gambo, Princess Wencheng and Gar Tongtsan.

0 Comment ON "Story of Songtsan Gambo and Princess Wencheng"